Al-Hol camp has re-operated to receive the displaced and refugee's persons on April 21, 2016, which is densely crowed among the camps in north and east of Syria, and large number of the refugees have flocked towards the camp from Hajin areas, and IS families who dominated the last pocket.

To discuss the final outcome of the camp administration, and the number the residents currently in it, the co-chair of the administration of the camps in al-Jazeera region, Majeda Amin, told our agency, Hawar news (ANHA) that the numbers that reached al-Hol camp are enormous and the population of al-Hol camp which was counted reached 72,842 people, consisting of 21,000 and 208 families from different nationalities; displaced Syrians from different areas, who fled during the battles ongoing on the Syrian geography, and Iraqi families fled after IS' domination on extensive areas of Iraqi territories, where recently, the families of IS' mercenaries, mostly women and children who surrendered themselves to SDF arrived at the camp after the battle to defeat terrorism.

She pointed out that the camp's administration is still continuing the numbers coming to the camp among them children, women and men, amid the huge numbers that reached the camp which was specialized to accommodate Iraqis only since its inception, and to accommodate only about 40 thousand people.

Al-Hol camp is the 8th among the camps which are supervised by the Autonomous Administration in North and East of Syria, as is the case of al-Tuehina camp, Ain Issa camp, Mabrouka camp, al-Arishah camp, Newroz camp, Mushta Nour camp, Roj camp, most of these camps received the refugees from all the Syrian territories. 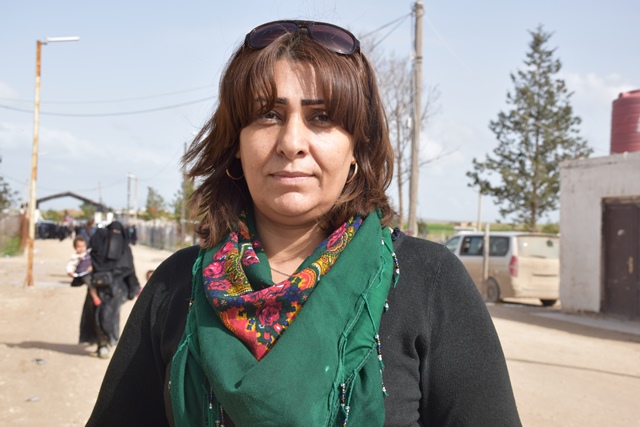 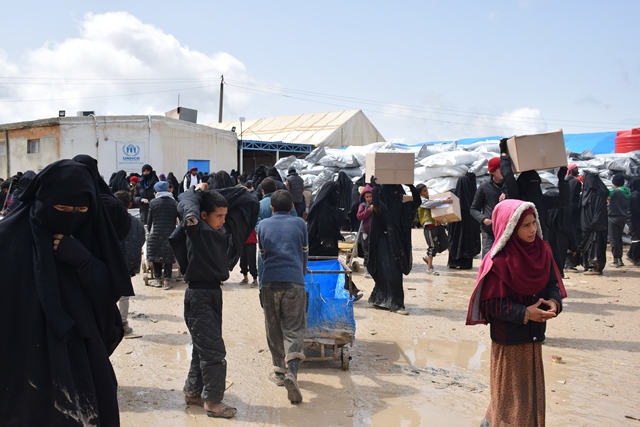 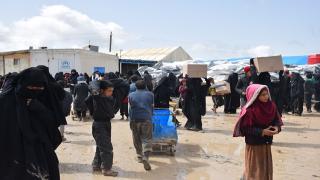 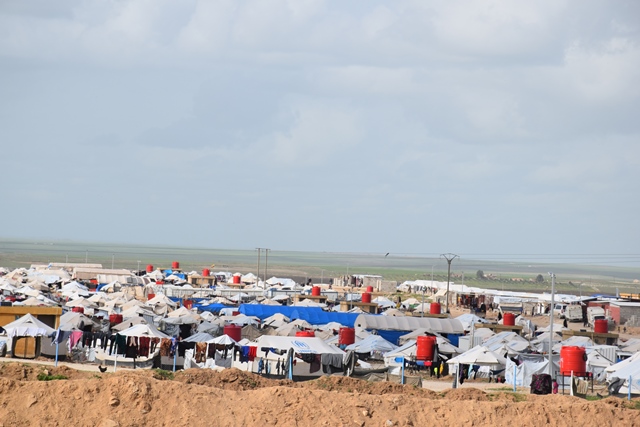 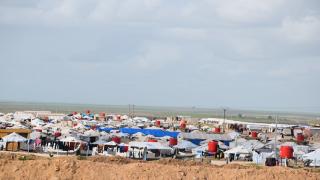