On March 4, our fighters targeted in a special operation the headquarters of the Turkish occupation army in Basala village in Shirawa district, where the operation resulted in the death of a soldier and two soldiers were wounded, and the destruction of a military vehicle.

On March 4, our fighters also targeted a special operation the headquarter of the mercenaries of al-Jabha al-Shamiya in Mariamin village of Shera district, where the mercenary Ayman al-Shobak killed and the mercenary Ali Abu Islam wounded and four other mercenaries were wounded."

The Health Authority in North and East Syria recorded 8 deaths from the Corona virus, in add...

Turkish Occupation Forces have shelled the district of Shera in the Afrin countryside with h...

Violent clashes have erupted in the countryside of Ain Issa between Syrian Democratic Forces...
Old Website 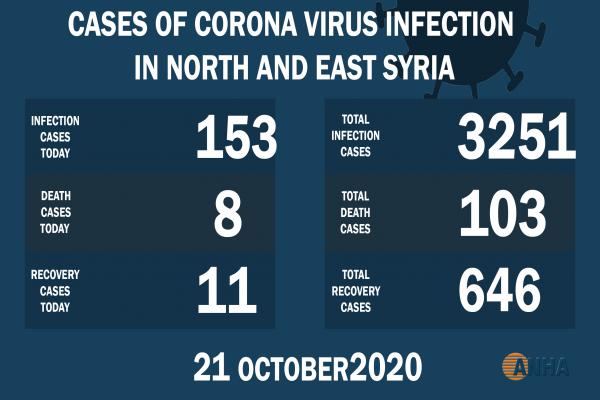