Today, the events witnessed the participation of dozens of people and civil democratic administrations in Manbij and al-Tabqa in solidarity with the participants on the Syrian-Turkish border to reject the Turkish threats to launch aggression on areas in northern and eastern Syria, and mobilize their machineries and military armies off the Syrian city of Girê Spi.

The activities of the human shields started with a minute of silence in memory of the martyrs, followed by a number of speeches, including the speech of the civil democratic administration in Manbij delivered by the co-chair of the Legislative Council in Manbij and its countryside, Mohamed Ali.

"We have come to this resistance city to express our solidarity with all our people, and to send a message to those who hear behind these borders and to tell them that we as a Syrian people in all our spectrums and components will be one hand"

"We are not calling for war, but we are advocates of peace. This peaceful sit-in is the best proof of this, and we call for dialogue and peace in all our forums," he said.

"We will not allow anyone to dare and destroy what we have reached, and we are all for the benefit of the martyrs, we are all one people and one people and we do not wish war on any countries or any people, but if the war comes to us, we will defend," said he.

Asya Garbi on behalf of al-Tabqa civil administration said, "We stand today against any dominant and regional forces that contributed to the outbreak of the Syrian war, which claimed the lives of thousands of Syrians and still supports it, the tyrant of the Erdogan era."

"Erdogan describes us today in the north and east of Syria as terrorists and calls for eliminating us. Why did not he describe Daesh such when it was its neighbors on the Syrian-Turkish border."

We call on all Syrians to be in solidarity with us. The differences between us are resolved between us, but the external aggression cannot be repressed except by weapons.

The activities of human shields rejecting Turkish threats with the participation of dozens of people continue.
ANHA 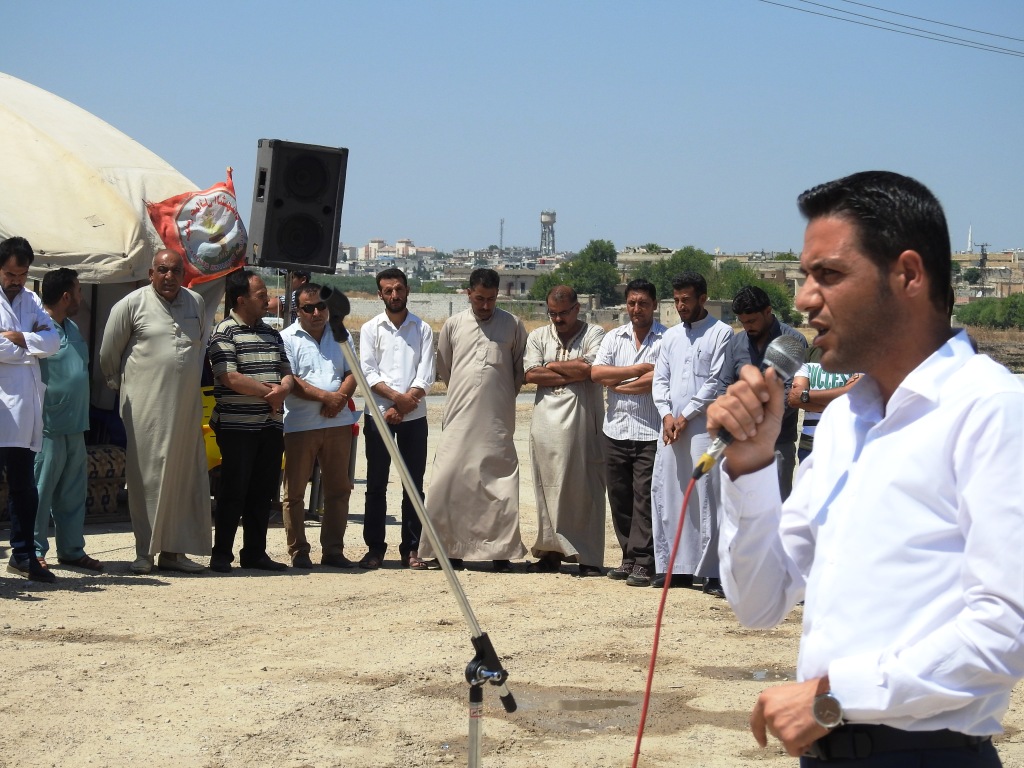 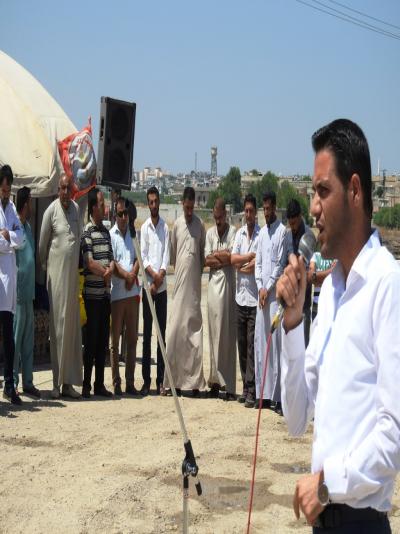 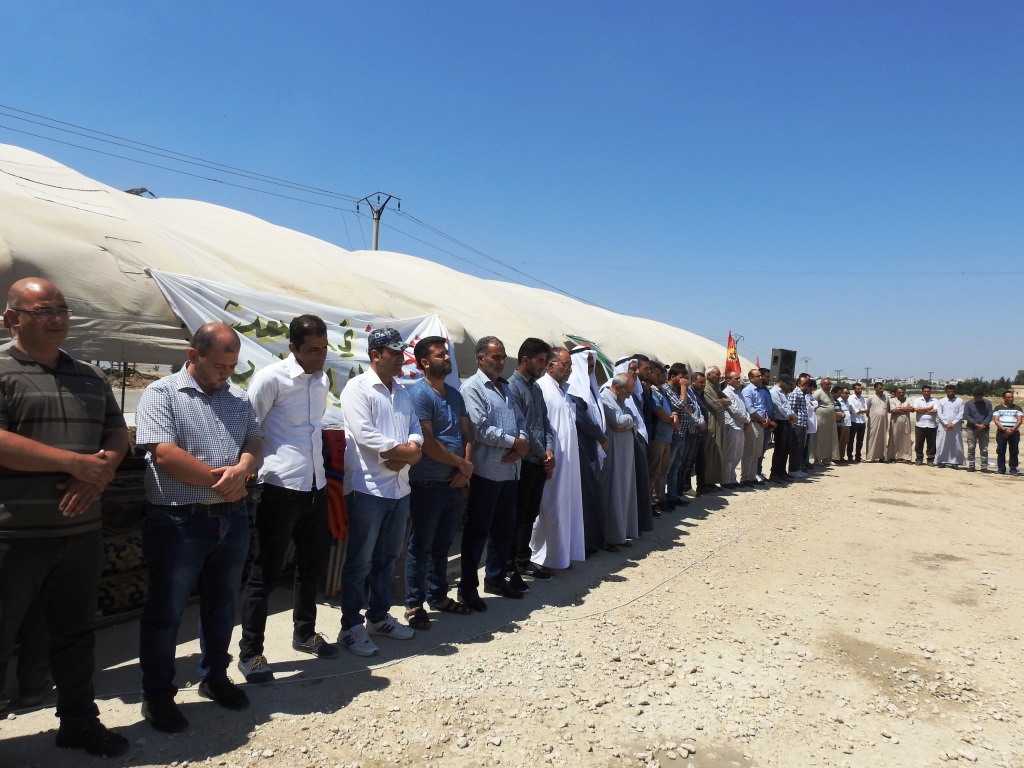 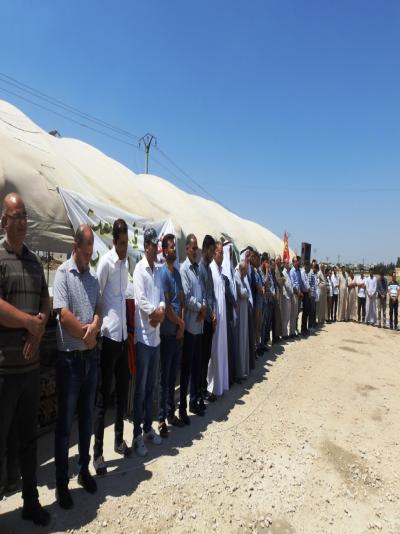 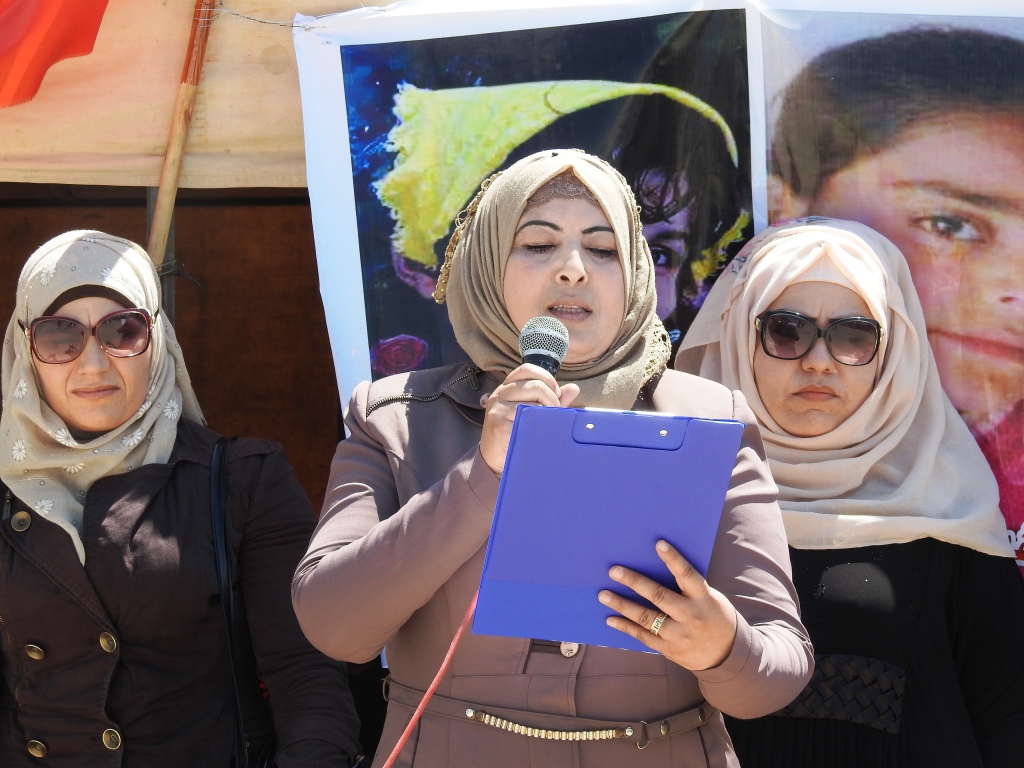 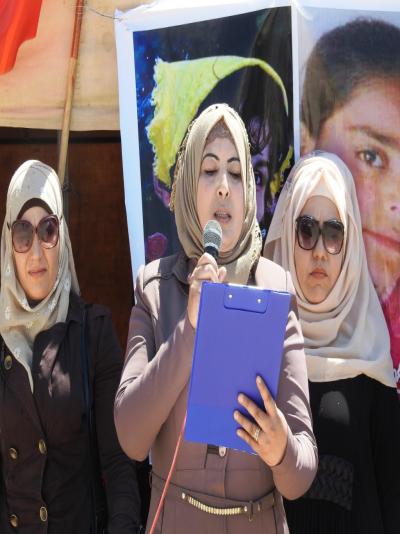 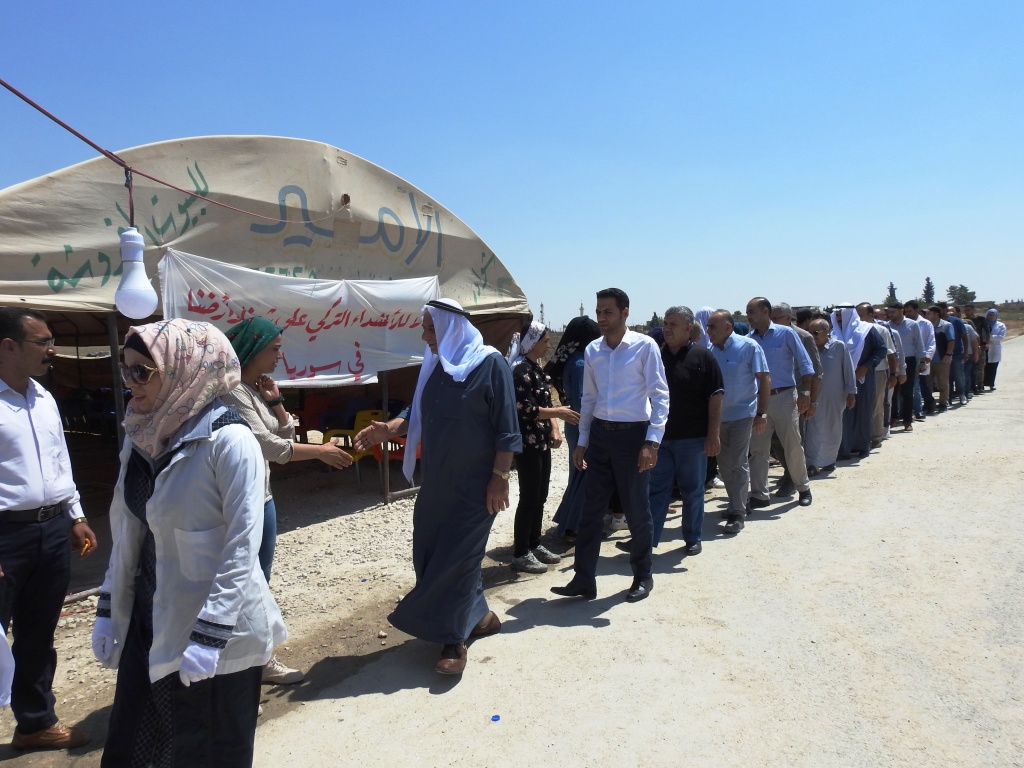 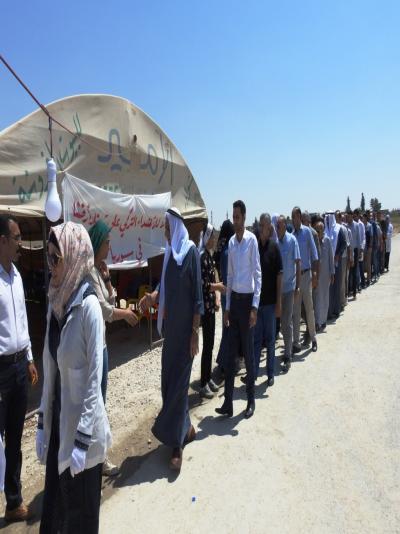 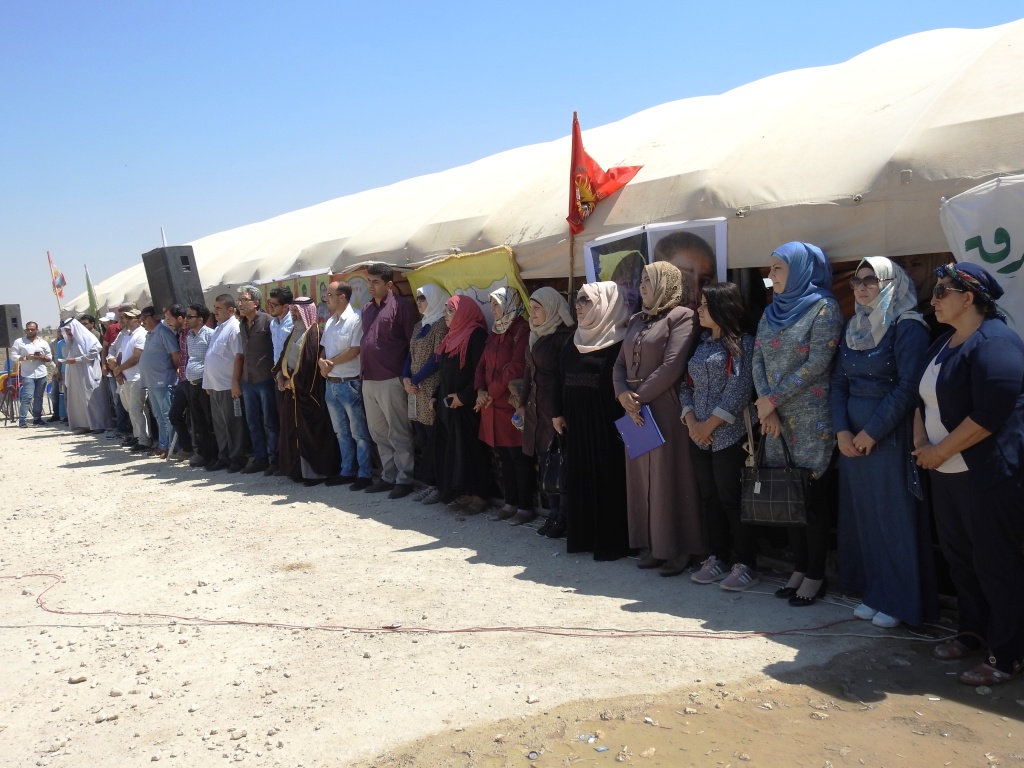 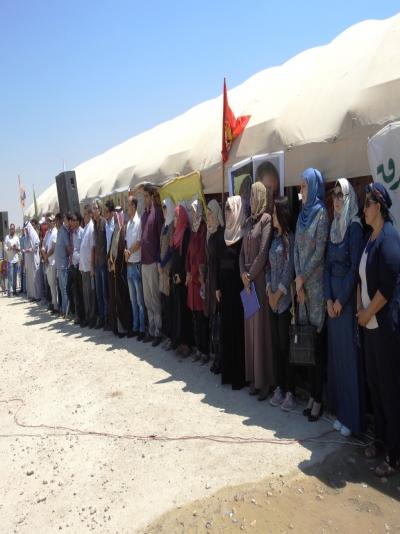 The swedish parliemnt hold today a meeting by the Democratic and Social parlimentarians  in...