The demonstration began in front of Kongra Star Center in the east, during which the participants raised the flags of the SDF and the Movement of Democratic Society, carried banners reading “No to the New Ottoman” and “Long Live the Unity of the Peoples.” The crowds chanted slogans condemning the Turkish occupation and calling for resistance.

The crowds passed through the central market in the district amid the closure of all the shops and the participation of their owners in the demonstration.

Many speeches were delivered in the demonstration which indicated that Turkey wants to repeat the Afrin scenario, and bring its mercenaries to implement its occupation policy in the region.

The demonstration ended with chants emphasizing resistance and steadfastness. 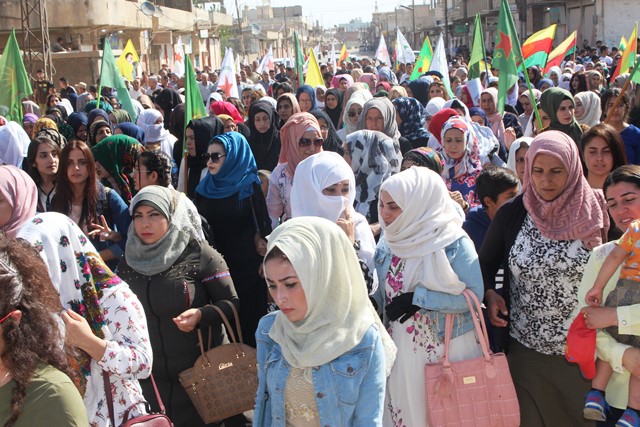 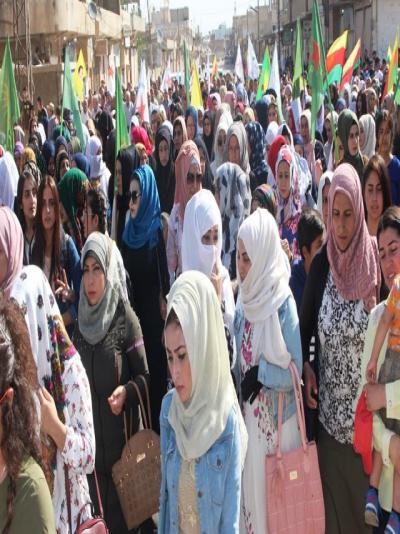 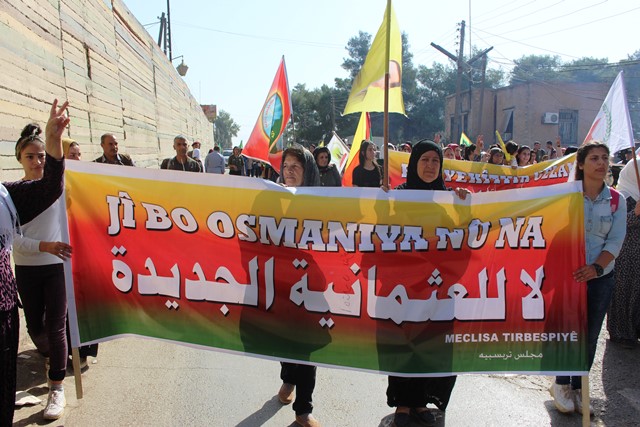 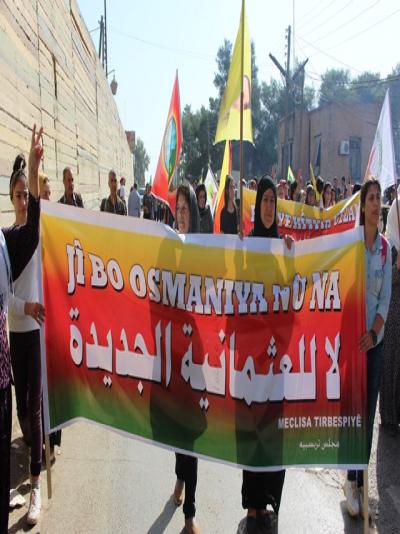 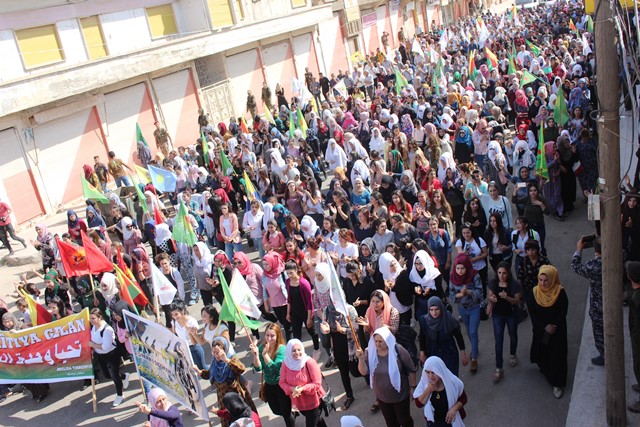 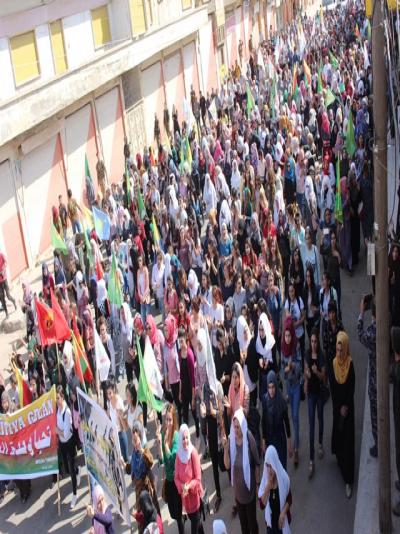 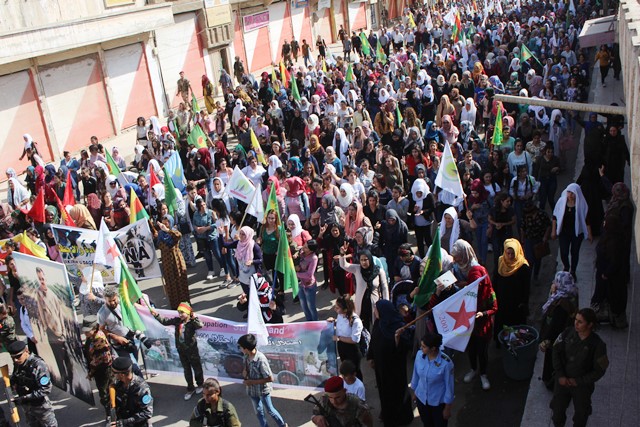 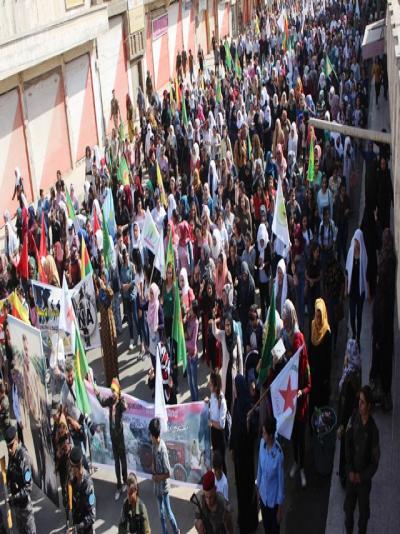 In Al-Hol camp, security forces found the body of an Iraqi refugee woman who was "strangled"...

The Turkish mercenaries stepped up their attacks in the north of Latakia and southern Idlib,...

To face Turkey's actions in the Mediterranean ... Cyprus demands sanctions against it