Under the slogan, “We, the Children, Were Created for Life. We Were Not Created for Weapons to Be Used against Us,” thousands of students of al-Sheikh Maqsoud neighborhood staged a mass demonstration to condemn the massacre committed by the Turkish occupation against the children and civilians in Tel Rifat. The demonstrators carried pictures of the massacres committed by the Turkish occupation against children, and banners with "Do not make children the victims of your wars, we have the right to live, do not kill the future, return the children’s smile" written on in Arabic and Kurdish.

The students gathered in front of Alan Mohammed School, located in Martyr Gulhat neighborhood. The demonstration went through the main streets of the neighborhood reaching the Martyr Destina Square. There, the demonstrators held a minute of silence and then the statement was read in Arabic by the student Yasmine Koshan.

"Here is our blood on the land shedding, here are the tears of our mothers burning eyes, and here is the land is preparing to receive our bodies.

Our childhood dies and our innocence is killed, what is our guilt, criminals. Are we being killed just because we are children, do you fear us because we are the planting of the country?

For you, the people of global conscience and decision-makers, we tell you that we will not surrender and will not resort to escape. Our bodies will remain flowers open to scent the land, we address you to stop this Ottoman barbaric because he kills childhood, occupies the land, and these are war crimes.

We appeal you in the name of childhood to try him as a war criminal because he deserves to be punished for what he is doing to us, and for the massacres committed against our homeland and our people."

After reading the statement, the demonstration ended with the slogans that saluted the resistance and condemned the occupation and its crimes. 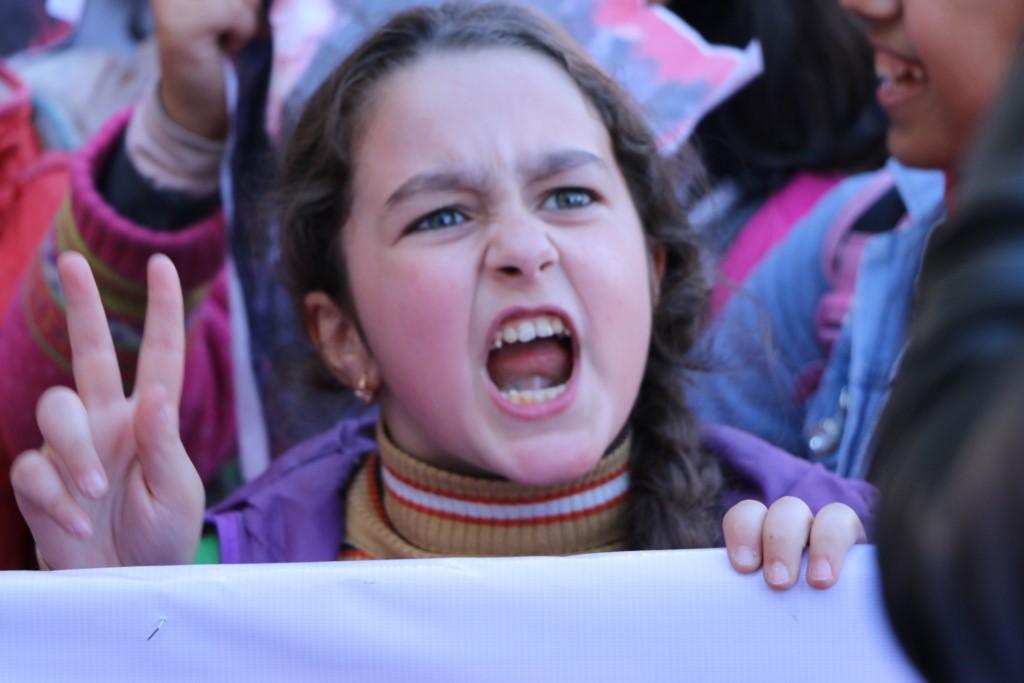 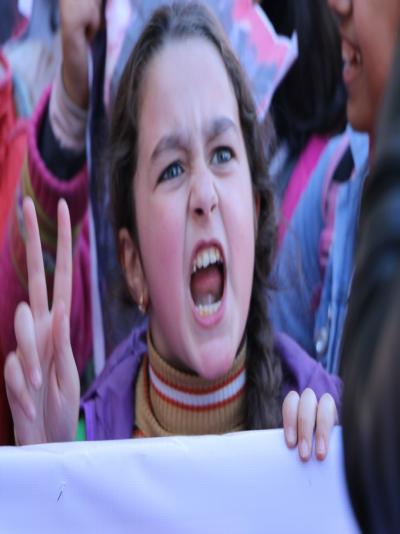 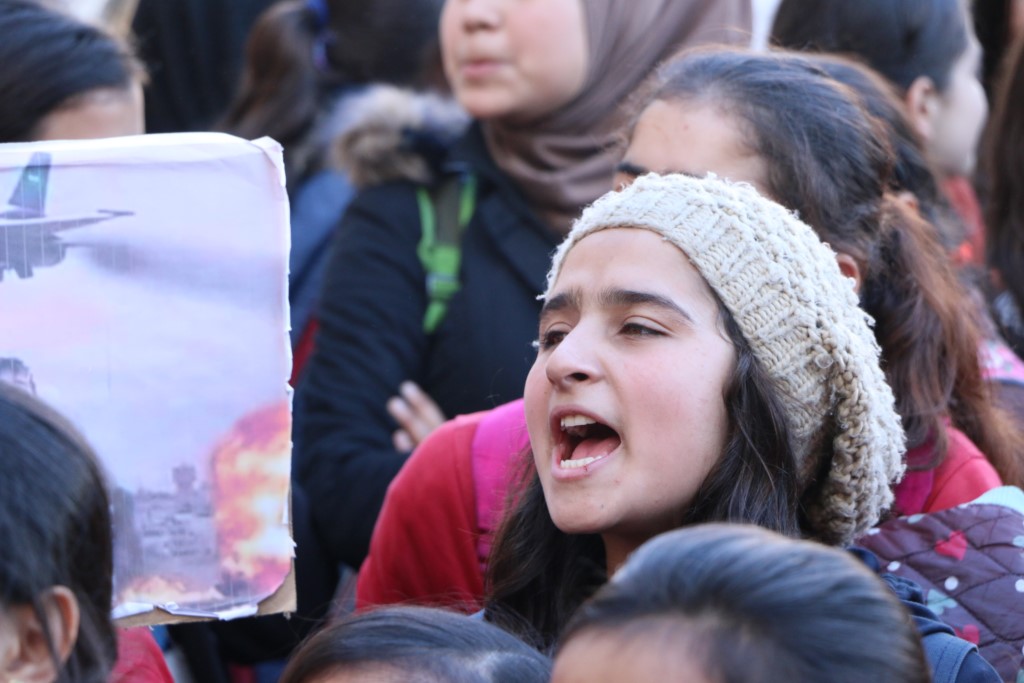 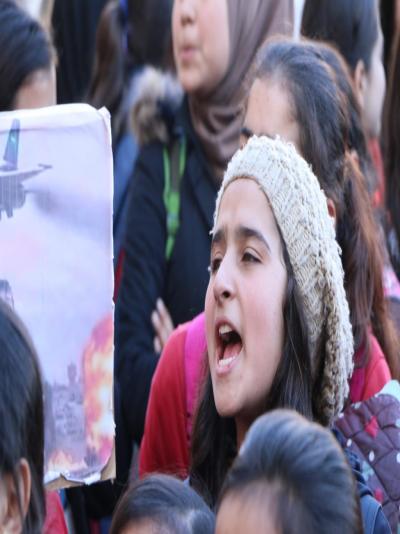 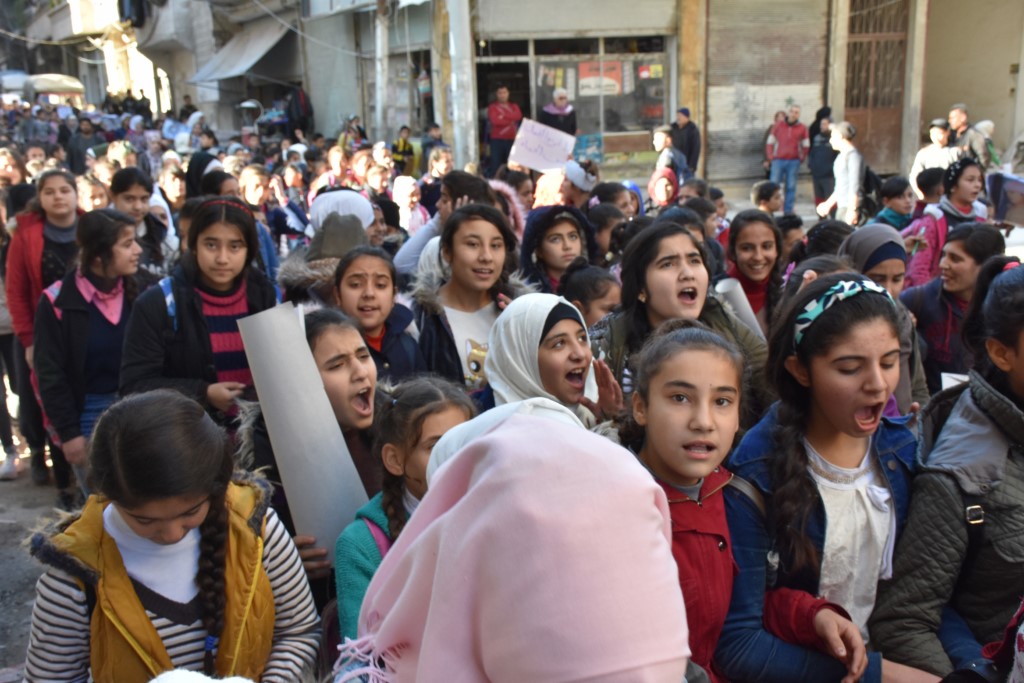 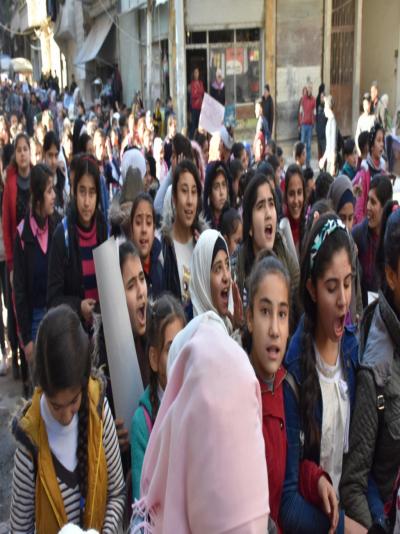 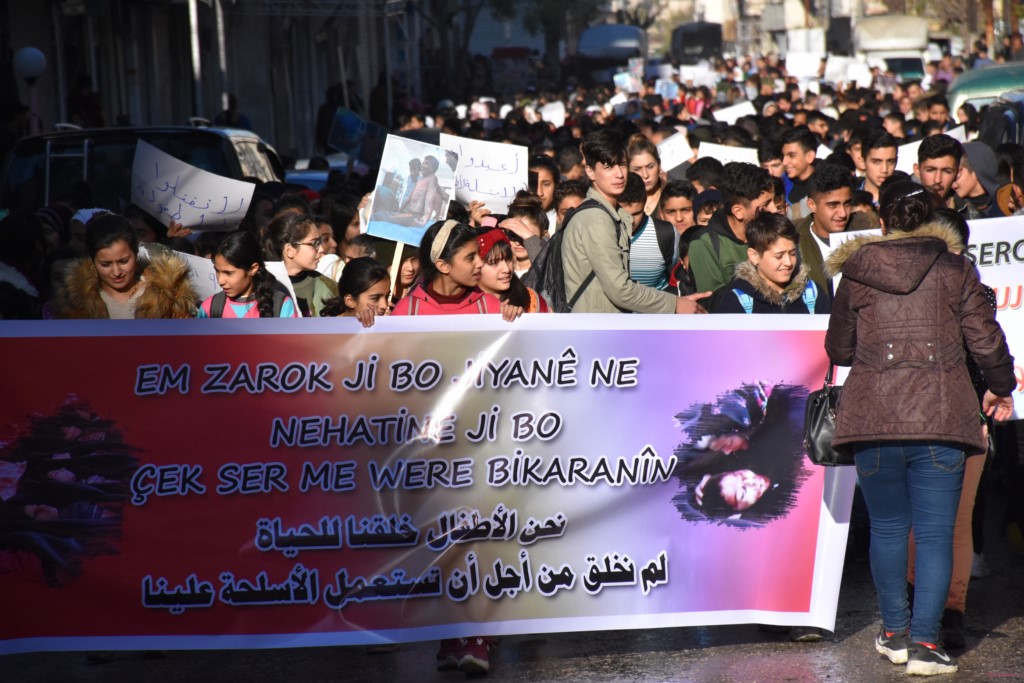 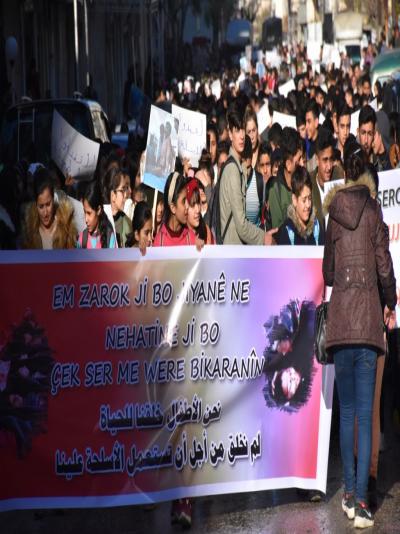 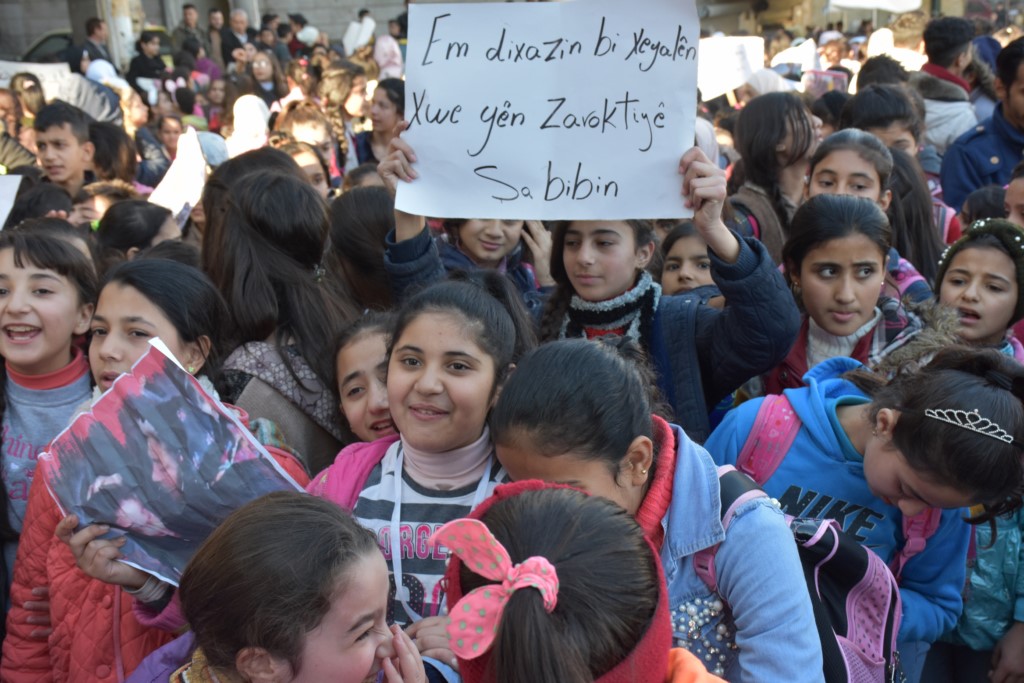 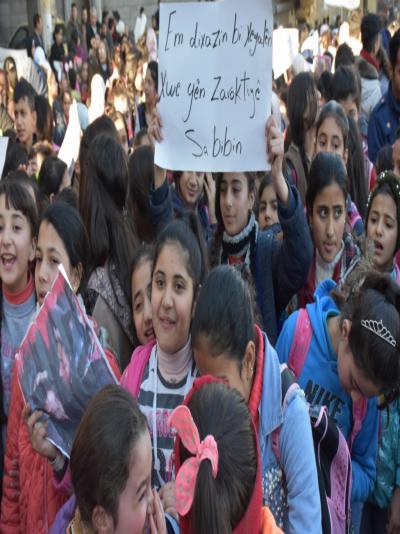 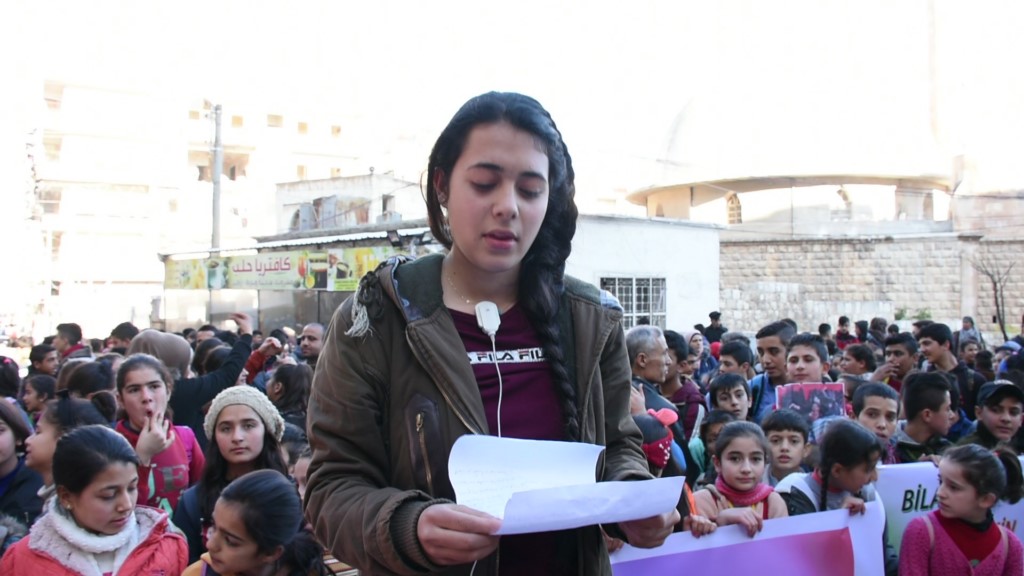 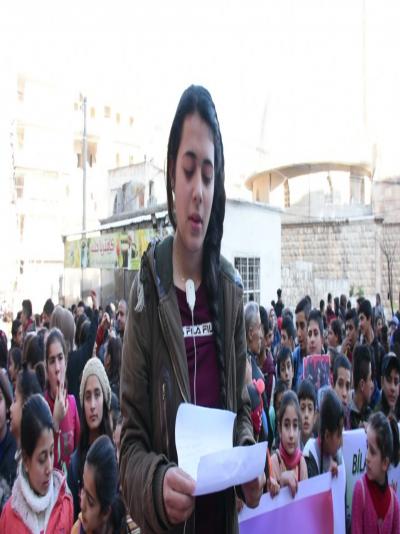