On the anniversary of the birthday of the leader Abdullah Ocalan, the Council of Tel Barrak area organized a celebration and planted trees in the garden of April 4 and in the Martyrs Roundabout. In the same context, the people of Tal Hamis planted trees in the martyrs' shrine as well as a military parade.

On Thursday, marking the leader Abdullah Ocalan's birthday, with the participation of all the members of civil society organizations and the Syrian Democratic Forces, began planting trees in the gardens of Al-Nahia and Dawar Al-Shuhada and then headed to the celebration place.

Banners with "The spirit of April 4 will build the democratic nation and we will live free with the leader" and "Hope is greater than victory." Were hung in the square.

The ceremony began with a minute of silence followed by several speeches, including the words of the Syrian Democratic Forces delivered by the leader Adel Judi, and the word of the co-chair of the district council by Mutlak Alhasr, Kongra Star by administrator Hajar Hussein, and the word the Martyrs Families delivered Waad Alawi.

The words welcomed all the attendees, especially the families of the martyrs, and congratulated all the peoples on the birthday of leader Abdullah Ocalan, describing the birth of leader Ocalan as the salvation of peoples and their liberation from injustice and slavery.

Afterwards, a cake with SDF, YPG, YPJ drawn on was cut, and the people danced Dabka and played the revolutionary and popular songs celebrating the birthday of the leader until the end of the ceremony.

In the same context, the residents of Tal Hamis, members of the civil institutions and internal security forces, and relations of the Syrian Democratic Forces, planted trees in the shrine of the martyrs of Tal Hamis.

During which the Internal Security Forces presented a military parade in honor of the martyrs 'lives. He was followed by a number of words, including the speech of a member of the Martyrs' Families Council, Mohammed Khalioui, and a speech on behalf of Kongra Star by Joza al-Hasoud.

The words were welcomed by all the participants who participated in the planting of trees at the martyrs' shrine, and saluted the resistance of Ocalan in the prisons of the Turkish fascism and his struggle for the freedom of the people.

"The thought of Ocalan brought us out of the darkness into the light, and we liberated-thanks to him and thanks to the martyrs who adopted Ocalan's thoughts- ​​our regions from Daesh, and we live today in peace and brotherhood."

In the same context, the People's and Women's Protection Units in Kobani planted olive trees and organized a celebration on the Meshtah Noor hill.

At first, the fighters planted about a thousand olive trees on Meshtah Moor hill, then, the celebration began.

The celebration began with a minute of silence, followed by YPJ leader Kurdistan Serê Kaniyê delivered a poem about the leader of the Kurdish people Abdullah Ocalan, followed by a performance of the Martyr Tekoshin band for Dabka presenting folkloric dances and the Martyr Dilbirin some revolutionary songs.

Then Amara band presented some songs as well as the Kurdish singer Rotinda presented some revolutionary songs, and the celebration was concluded by holding the Dabka. 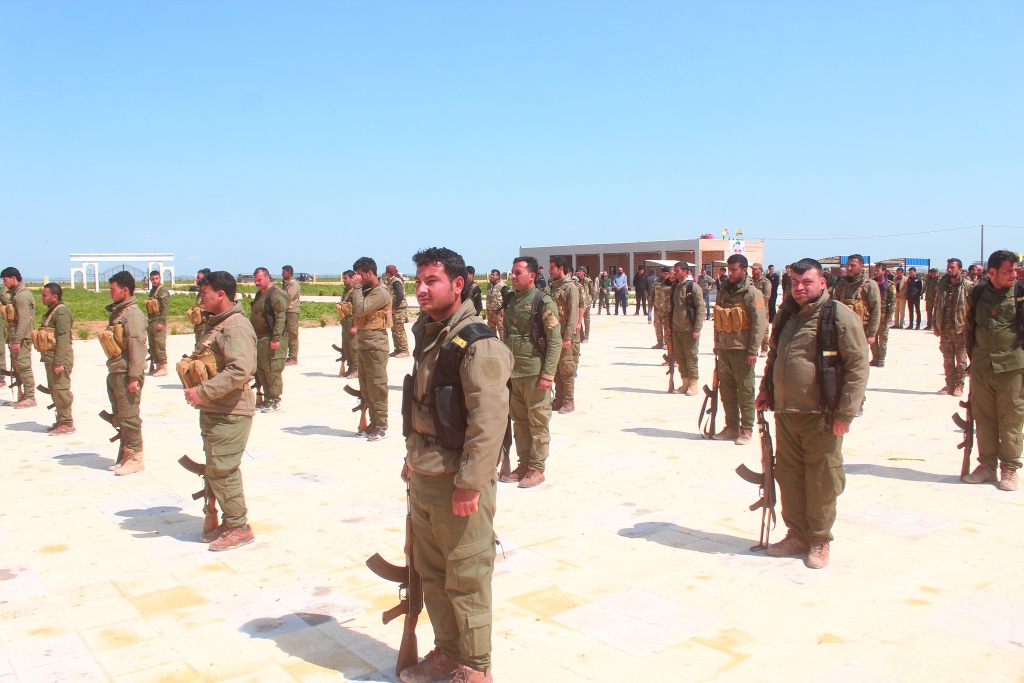 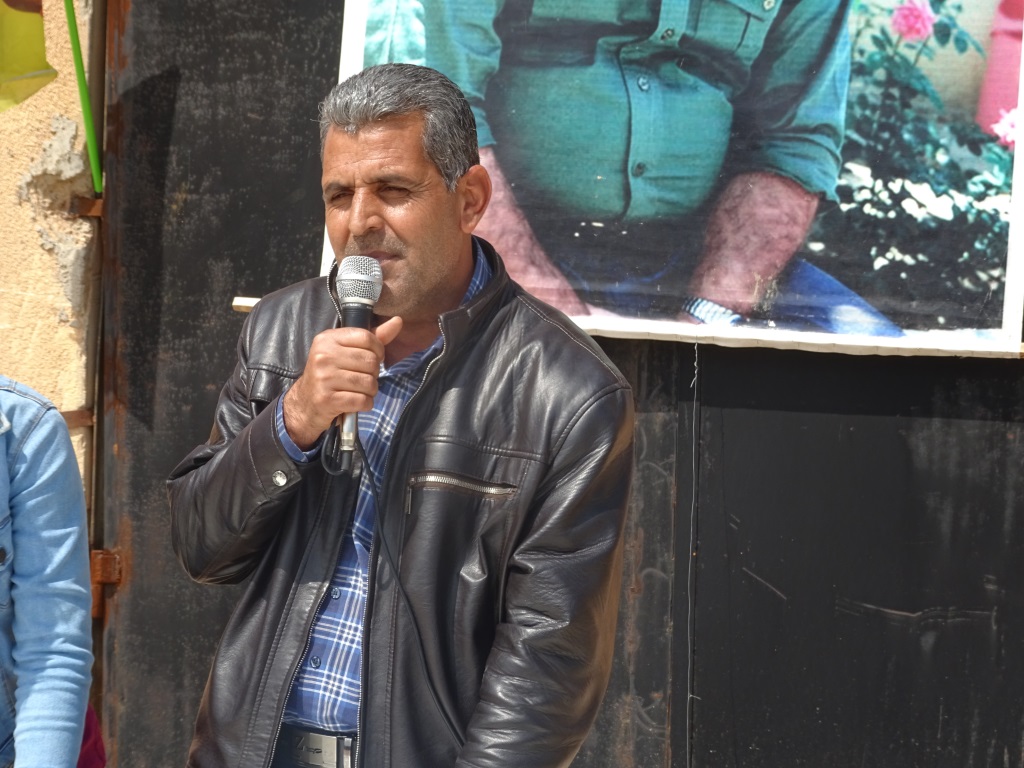 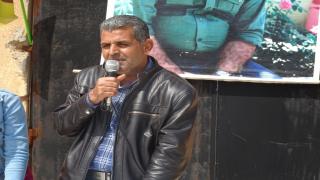 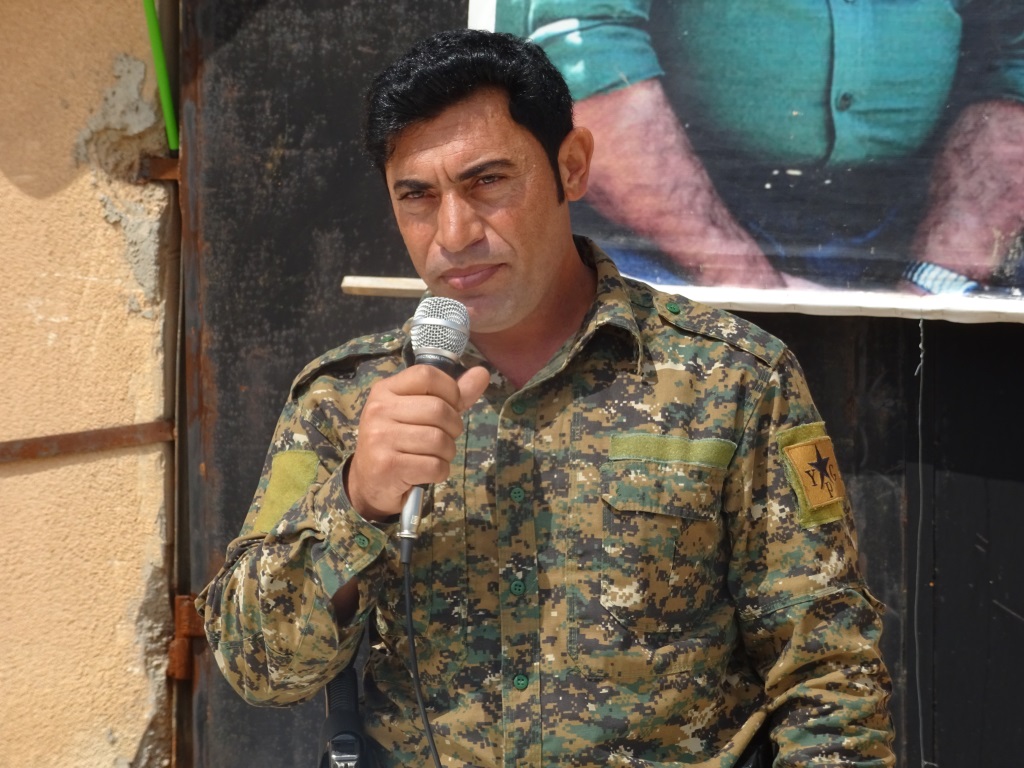 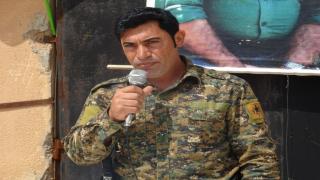 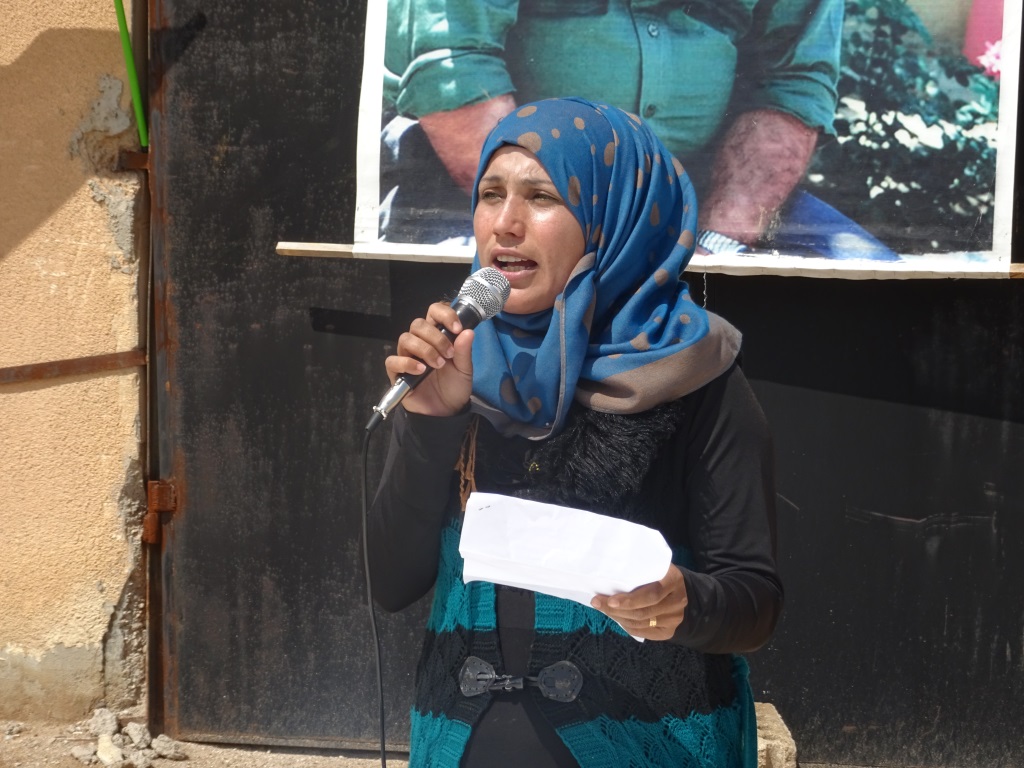 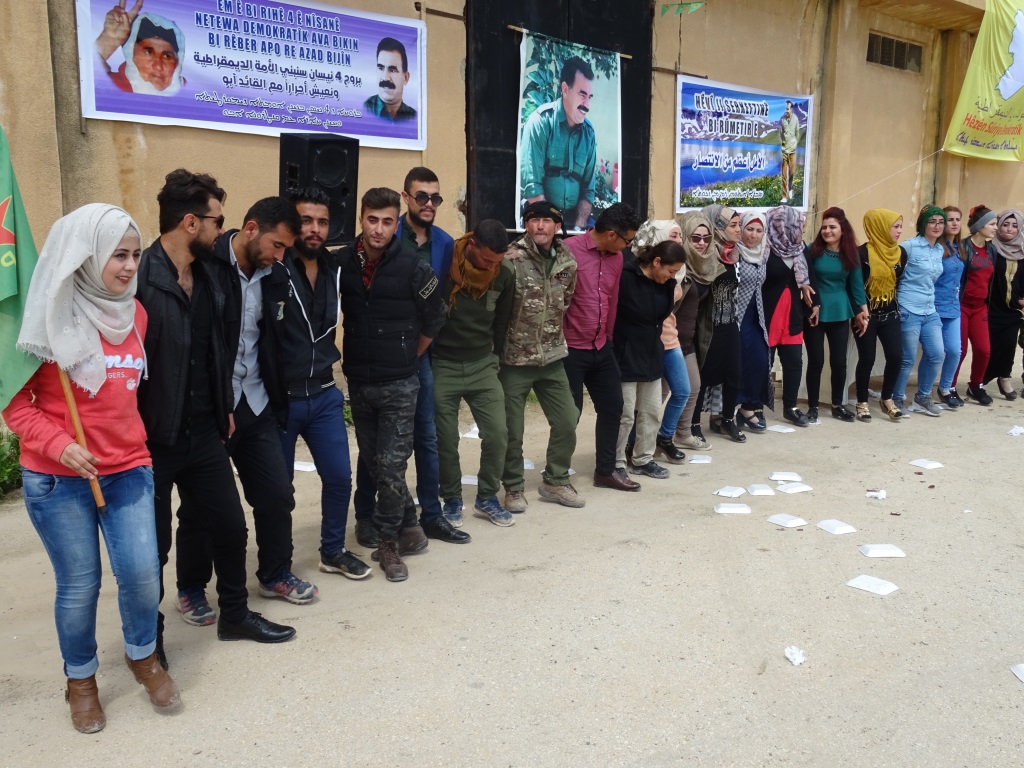 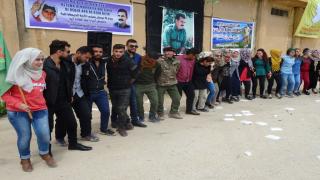 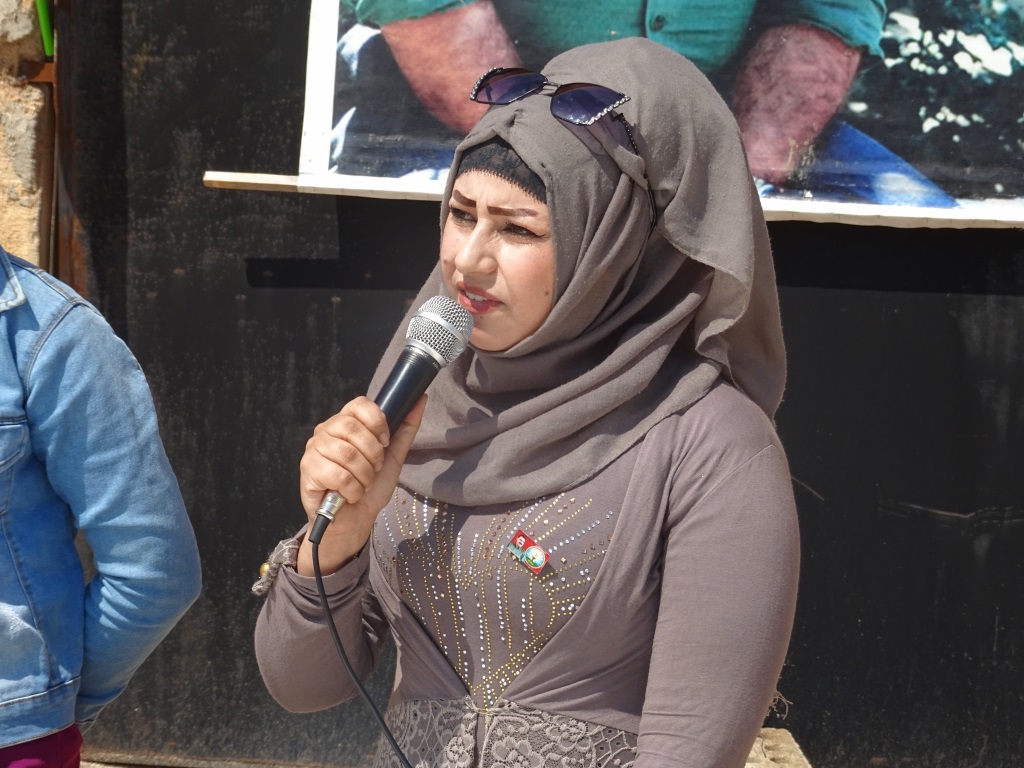 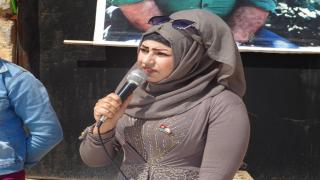 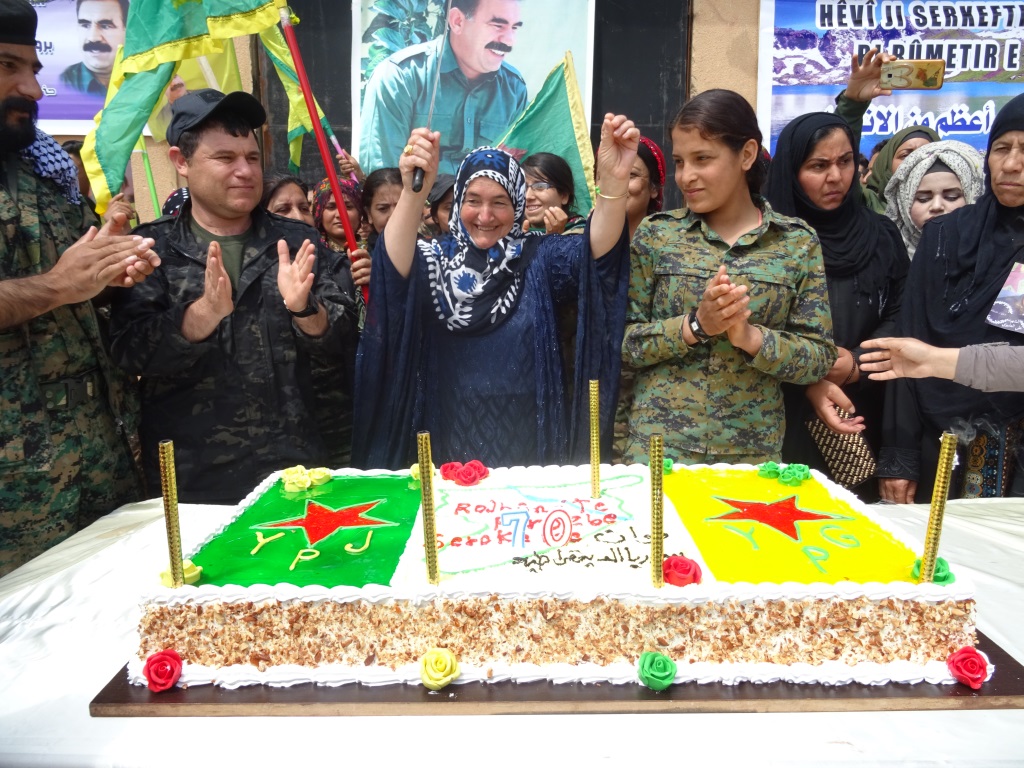 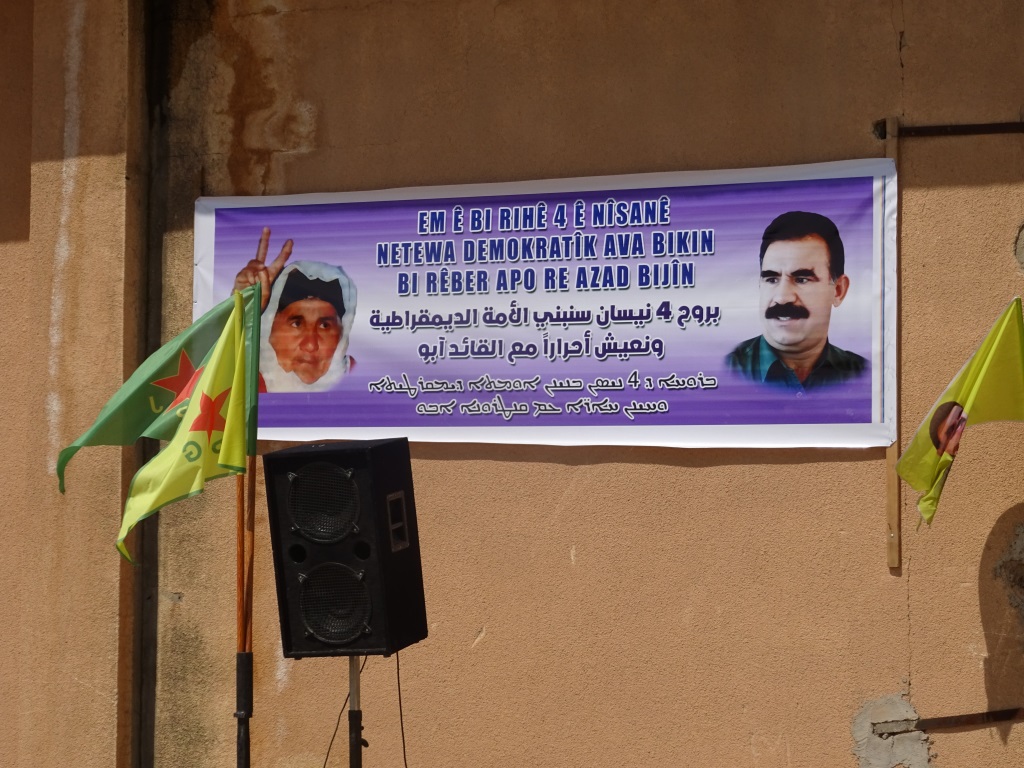 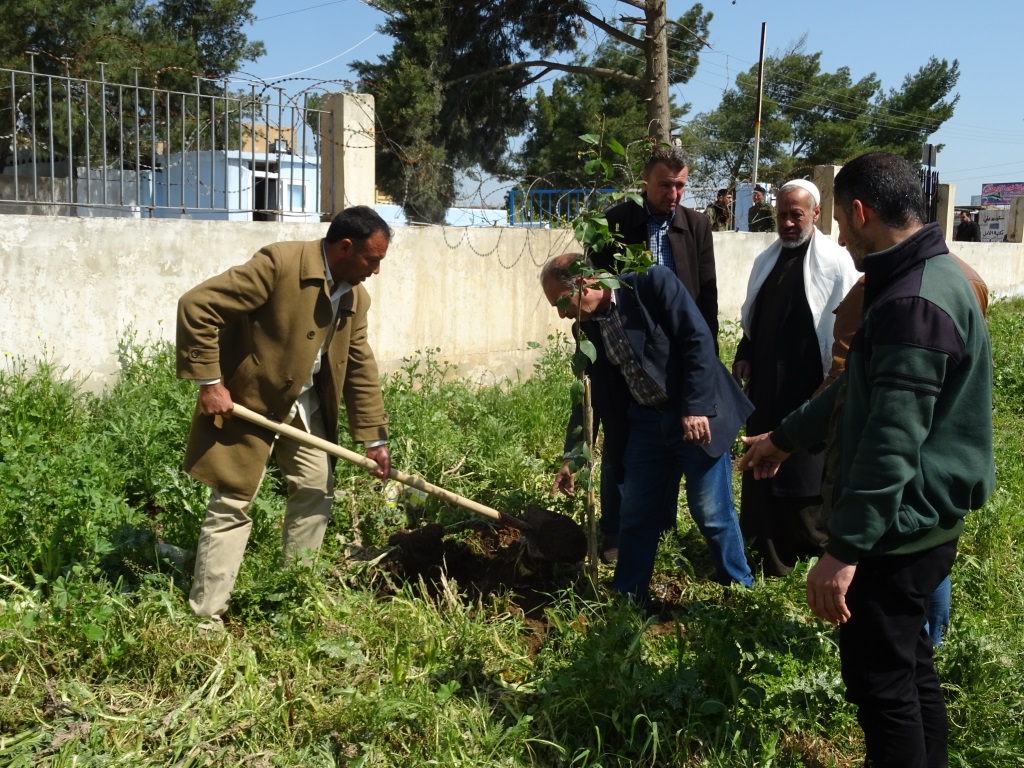 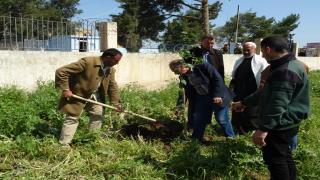 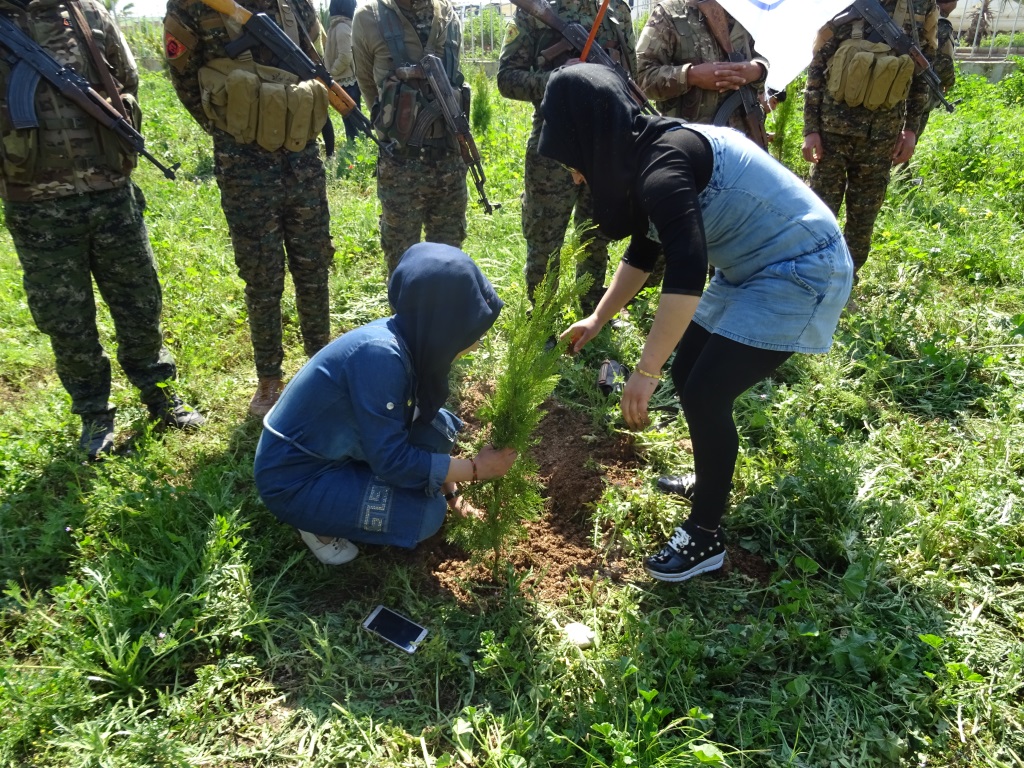 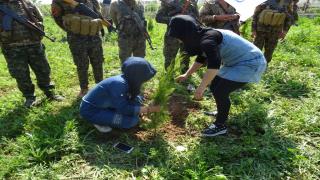 Arab newspapers: Tensions in Damascus countryside, open battle between France and Turkey is on the horizon