The Wrath of Olive Operations Room issued a statement in which it said:

Among these operations, our fighters targeted on 25/6/2019 the mercenary's vehicle, the head of the so-called local council Khalid Dibo in the city of Akhtarin north of Aleppo with an improvised explosive device, which resulted in serious injuries, in addition to amputation of one of his limbs, although he is still in the hospital in serious condition. This operation was carried out by our forces as a result of their dirty actions against our people in the occupied north. All the mercenaries from the councils and militants associated with the Turkish occupation and its intelligence know that there is no escape from the operations of our forces and what to come is graver. 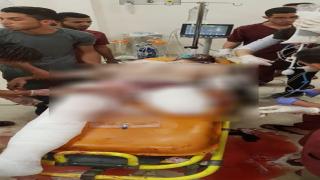 - Administrator at Legerin Hospital: We face two battles together