For nearly 7 months, the political crisis in Iraq is still present;  As a result of the intransigence of the political forces and the desire of each party to form the government  according to its interests.

The "Enqaz Al-Balad" coalition, consisting of (Muqtada al-Sadr - Muhammad al-Halbousi - Masoud al-Barzani) wants to form a "national majority" government, while the coordinating framework forces want to form a "consensual government" like previous governments, meaning to proceed with the quota approach which was followed in Iraq after the "American invasion". 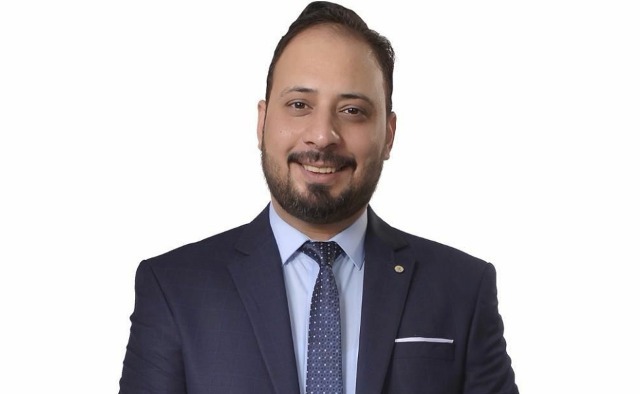 It recently announced several initiatives with the aim of solving this crisis. The Sadrist movement and before it the Coordination Framework had put forward initiatives to solve the crisis;  But it has not yielded results yet.

The CF presented an initiative that included several points, among them the proposal of independent and civilian representatives to be their candidate for prime minister, but the condition of the "largest component bloc" agreeing to it, while al-Sadr responded hours later, by offering an initiative in which  it called on independent representatives to nominate their candidate for the government through his coalition.

Observers considered that these steps are a race aimed at winning the votes of independent representatives to prevail in parliament.

Commenting on this, the Iraqi researcher in political affairs, Nabil Jabbar Al-Ali, said during an exclusive interview with our agency: "According to my personal opinion, the mutual political initiatives did not bring anything new, and it may be an attempt by the parties to gain more parliamentary support in an attempt by the tripartite alliance (Al-Sadr).  Sovereignty - the Kurdistan Democratic Party) from reaching two-thirds of the House of Representatives to pass their project, and an attempt by the National Stability Alliance (Framework Group - Azm - the Kurdistan Union) to break and fragment the tripartite alliance and co-opt a group of deputies in the hope of reaching an alliance that includes half of the parliamentary seats so that political negotiation would be stronger between the two conflicting parties.

In addition, the Iraqi Council of Representatives resumed its sessions after weeks of pause;  As a result of the absence of consensus between the political parties on the election of a President of the Republic and the formation of a new government.

Representatives believe that the return of the parliament's work may constitute a way to end the state of political impediment. On the other hand, observers of the Iraqi scene are pessimistic, considering that the parliament's resumption of its activity reflects in part the beginning of coexistence with the crisis.

On this, Al-Ali said: “The holding of parliamentary sessions was not a step in ending the political blockage. Rather, it was a step to impose a political reality that the Triple Alliance was trying to establish, by holding sessions, distributing parliamentary committees and acquiring their chairs, and the absence of violating MPs, but the last session may  it witnessed a kind of consensus, as most of the boycotters attended, and the parliamentary committees were distributed and all the intersections were installed in the minutes of the committees’ distribution, which may inform us of the existence of inter-agreements that we may witness resonance in the coming days.

The leader of the Sadrist movement, Muqtada al-Sadr, the first winner in the elections with 73 seats, seeks to form a "majority" government with the Kurdistan Democratic Party and the Sunnis and to exclude significant forces in the political arena, especially the CF."

Following the announcement of the new alliance, Al-Sadr considered this tripartite choice a “unique and important achievement to save the nation,” wishing “the formation of a national majority government without procrastination.”

Regarding the most appropriate government for Iraq by consensus or majority, Al-Ali believes: “Certainly the political majority may be much more beneficial than consensus, but unfortunately the advocates of the majority today are unable to understand the right of the opposition and the tools of the opposition.  That the opposition and oversight give full control tools, and work with full transparency, not try to dominate and control the joints of the state under the pretext of winning the elections.

Nearly seven months after the early legislative elections were held in Iraq last October, calls for another early election and the dissolution of Parliament, which is accused of "inability" to end the political impasse in the country, have risen again.

As for the option of new elections, if the political parties in Iraq remain on their position and there is no concession by any of them, Al-Ali said: “Re-election may be the last option, especially since everyone, led by the winners in the last elections, may not guarantee obtaining the same results, and their loss may be guaranteed as well as the loss of others, for a simple reason, which is the possibility of broad electoral participation is very expected, and the nomination of emerging personalities and parties is likely and strong, so the option of re-election may be currently excluded, or it may be a final option for political blockage.

The Sadrist movement led the parliamentary elections that took place on October 10, with 73 seats out of 329, and formed an alliance with the two largest Sunni blocs (the Alliance of Sovereignty) and the Kurds (the Kurdistan Democratic Party) in the name of "Save the Nation."

The return of the protests will require additional time

Meanwhile, activists recently hinted at the option of returning to the popular protest movement in the coming period if the parliamentary blocs did not succeed in settling their differences and speeding up the selection of candidates for the presidency and prime minister.

In this context, Maha Al-Sakban, President of the Center for Women's Human Rights, affirmed that they will follow all non-violent and dialogue means, including protests, strikes and disobedience, and all democratic constitutional frameworks included in the constitution to settle and correct the course of the security of the three authorities in the country.

The Iraqi researcher in political affairs, Nabil Jabbar Al-Ali, sees regarding the return of protests: “Any call for the return of protests may be palatable to the public after a year has passed from the formation of governments, as the 2011, 2015 and 2019 protests all came a year after the formation of a new government and elections, as if we  We hear the voice of the street saying (what have you presented to the people after every election), the possibility of returning to the protest may need additional time, waiting for the results of the formation of the government or the results of the next government.”