Armenian young woman Rachal Dial Armando, a resident of Damascus, was arrested by a mercenary in 2014 during her visit with her relatives to the city of al-Raqqa. the Syrian Democratic Forces managed to liberate her.

Today, in the presence of a number of Armenian and Armenian Archbishop in the city of Qamishlo and the co-chair of the Department of Foreign Relations in the Autonomous Administration of North and East Syria, and a number of local and regional media, Rachal Dial Armando was handed over to Archbishop Intranek at a press conference held in the office of the Foreign Relations.

During the press conference, Abdul-Karim Omar said that Rachal was kidnapped five years ago by a mercenary and SDF were able to liberateاher during al-Jazeera Tempest campaign.

For his part, Archbishop Interanek said during the conference that Rachal Dial will be handed over to her relatives and thanked SDF and the Autonomous Administration of northern and eastern Syria for doing this noble work.

Rachal Armando explained that she had been kidnapped by Deah while traveling with her family to the city of al-Raqqa. She explained that the mercenaries forced her to marry a 50-year-old man and they forced her to undergo military and religious training. She thanked SDF, which freed her from the brutality of Daesh.

Rachal Armando is the first Armenian woman to be released and handed over to her family. 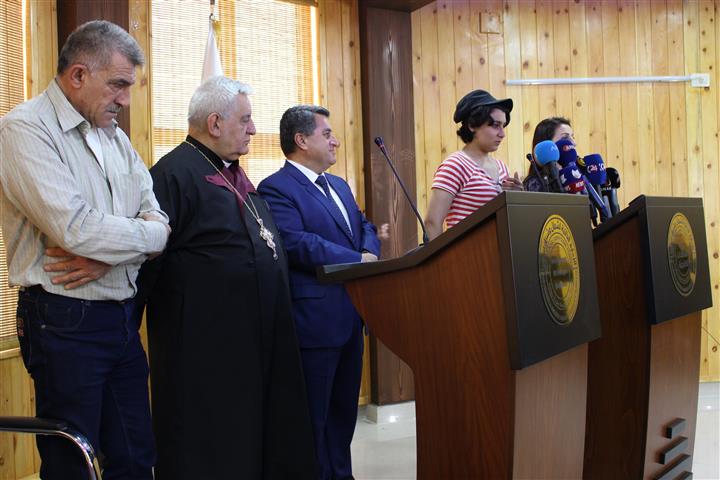 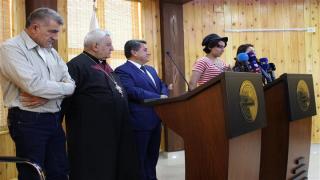 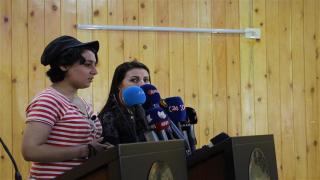 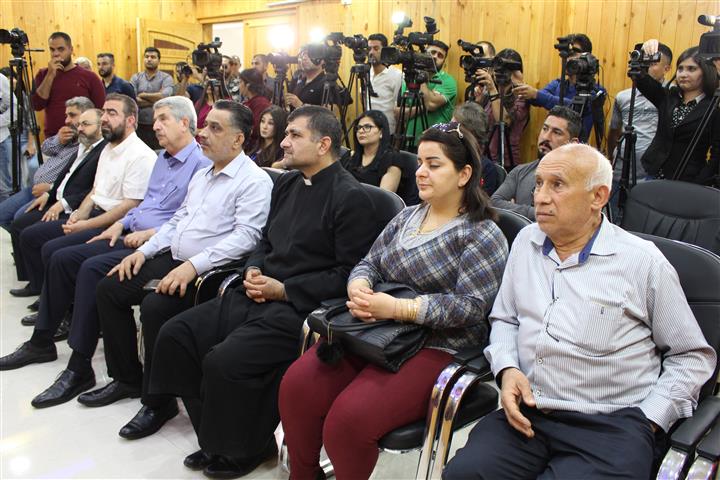