Al-Hol camp, 45 km east of the city of Al-Hasakah in the north and east of Syria, is seen as the most dangerous camp in the world due to the detention of large numbers of ISIS family members and their association with extremist ISIS ideology, as well as displaced persons and refugees. This has been repeatedly confirmed by the Syrian Democratic Forces and the Autonomous Administration in its official statements related to this file, along with the media and Western officials.

The history of Al-Hol camp dates back to 1991, during the Gulf War, and with the liberation of the Al-Hol area by the Syrian Democratic Forces, from the grip of ISIS, in mid-November 2015, the camp received displaced Syrians from the battle areas of the Damascus government, and the mercenaries of the so-called Syrian opposition, "as well as in  October 2016 received Iraqi refugees after the start of the battles to liberate Mosul from ISIS.

The camp topped the scene, since February 2019, with the transfer of the families of ISIS mercenaries to the camp, with the start of the geographical elimination of ISIS in the north and east of Syria in the Al-Baghuz region.

Al-Hol camp, according to the latest statistics obtained by our correspondent from the camp administration in December, includes 57,460 people, most of them women and children, among 15,603 families, among “Iraqis, Syrians, women and children of ISIS foreign mercenaries, whose number reaches 8555, among 2529 families,  of 54 nationalities.

Security officials, along with the administration of al-Hol camp, confirm that the camp began to become dangerous with the entry of the families of ISIS mercenaries, given what the camp witnessed after that, of "attempts to reorganize the women and train the camp's children on the extremist ISIS ideology to spread the ideology.

To consolidate the ISIS ideology, the women of ISIS resorted to compel the camp’s residents, and to punish anyone who tries to stay away from their ISIS ideas, to establish courts called “Sharia Courts, Al-Hisba”, flogging, burning tents, and killing.

This year is considered one of the bloodiest years in the history of al-Hol camp, where many murders, burning tents, attempts to escape, and the killing of members of cells  ISIS happened despite the operations of the Internal Security Forces to seize it.

Al-Hol camp witnessed vigorous efforts to control it. Large-scale security operation was launched on the 28th of March of this year, called the "Humanity and Security Campaign", as well as the Counter-Terrorism units carried out qualitative operations for 10 days.

It included combing the entire camp’s 8 sectors, inspecting the tents, and re-writing the records of the camp’s residents, and documenting them through DNA tests, given the failure of most of the ISIS families to reveal their real names, when they came to the camp.

The security operations resulted in the arrest of 158 mercenaries who were recruited as members of ISIS cells in the camp, between Iraqis and Syrians.

Despite all this, the murders increased more than the previous two years, as 126 crimes occurred, through weapons, sharp tools, and suffocation, since the beginning of this year 2021, the last of which was the attack by a cell of ISIS mercenaries on the reception department in the camp, on the 12th of last November, leading to the killing of two camp residents.

And there were 41 attempted murders, in the camp, which led to the injury of the targets.

There were 13 cases of deliberate burning of tents.

The security operations in the camp, during the pursuit of some members of ISIS mercenary cells, led to the killing of 3 mercenaries, after clashes with the security forces.

The security forces in the camp thwarted more than 27 escape attempts, during which ISIS women tried to flee with their children from the camp towards the areas occupied by Turkey in Syria, according to what our correspondents monitored in previous interviews with ISIS women who tried to escape.

The Internal Security Forces of northern and eastern Syria see the al-Hol camp as an international dilemma, during their last statement issued on November 13 of this year, about the recent events within the camp, in reference to the need for the concerned countries to assume their responsibilities.

She said: "We in the Internal Security Forces in northern and eastern Syria have provided all our capabilities to control the security situation in al-Hol camp, which brings together thousands of families of ISIS terrorist members of different nationalities, but al-Hol camp is an international dilemma and all international forces must stand before their responsibilities in solving  This dilemma, knowing that our forces are working hard in various ways and capabilities to provide a good environment for the camp’s residents until a permanent solution is reached to the dilemma of Al-Hol camp.”

For its part, the Autonomous Administration of North and East Syria seeks to spare the residents of al-Hol camp from the danger of the camp, by conducting trips for the camp’s residents from the Syrians.  From October 2020, the ruling is to expel the displaced Syrian families residing in al-Hol camp and wishing to leave it.

The file of the families of ISIS mercenaries in al-Hol camp, and what it is witnessing, besides the presence of more than 19,000 ISIS mercenaries in the detention centers of the Syrian Democratic Forces, the Autonomous Administration of North and East Syria, is disturbing the absence of international action, whose silence has become the master of the situation, despite its appeals to assume its responsibilities in a trial  ISIS mercenaries, and the evacuation of its nationals involved in ISIS ranks.

The Autonomous Administration has always indicated in its statements and the statements of its officials that the issue of al-Hol camp and their suffering are a common cause between them and the international community and the whole world, including the United Nations, so there must be support to solve this issue and help get thousands of these people out of the atmosphere of extremism and terrorism.  The trial of ISIS mercenaries.

The danger of the extremist ideology carried by the women in the al-Hol camp remains, and its danger may go beyond the camp’s geography, to spread to parts of the world in the event of it getting out of control, due to the women’s intention to spread the ideology and consolidate it among their children, in the absence of international action. 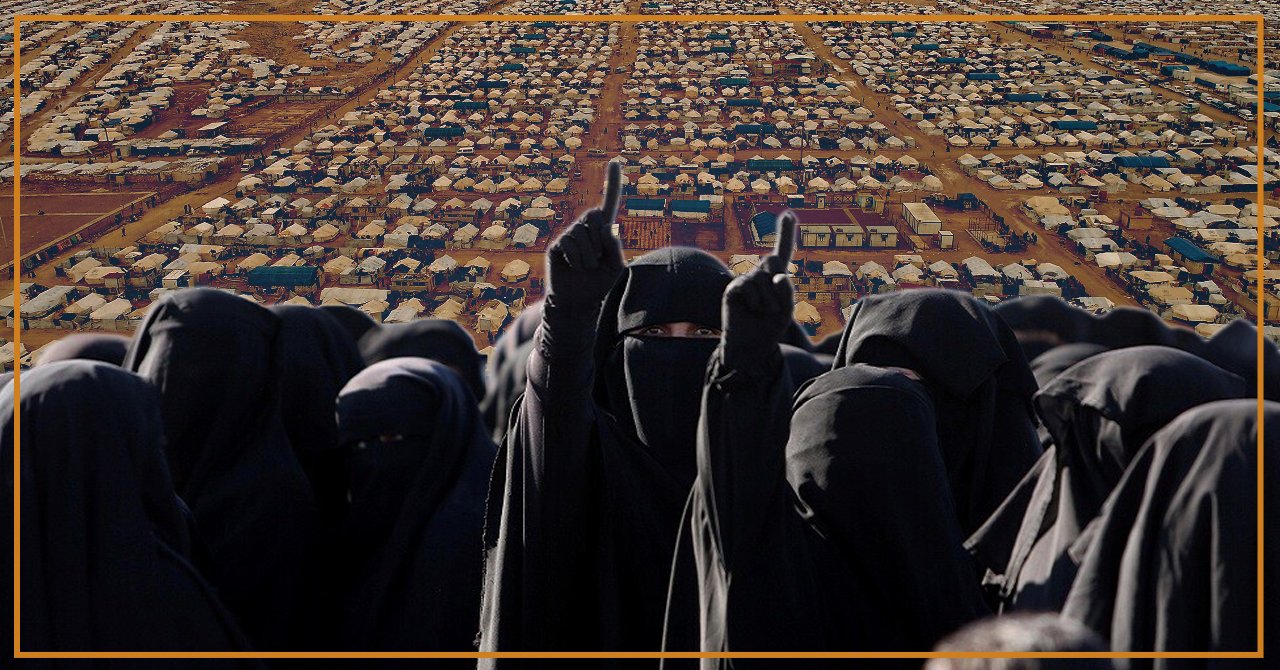 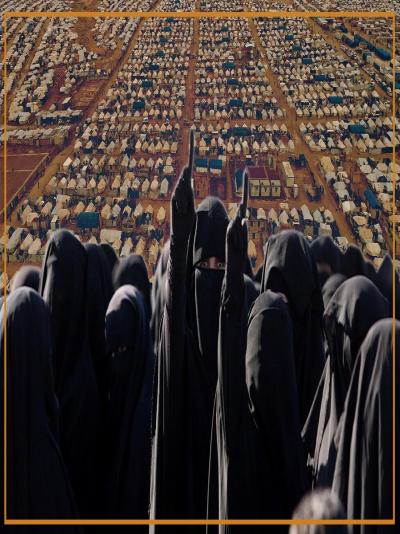 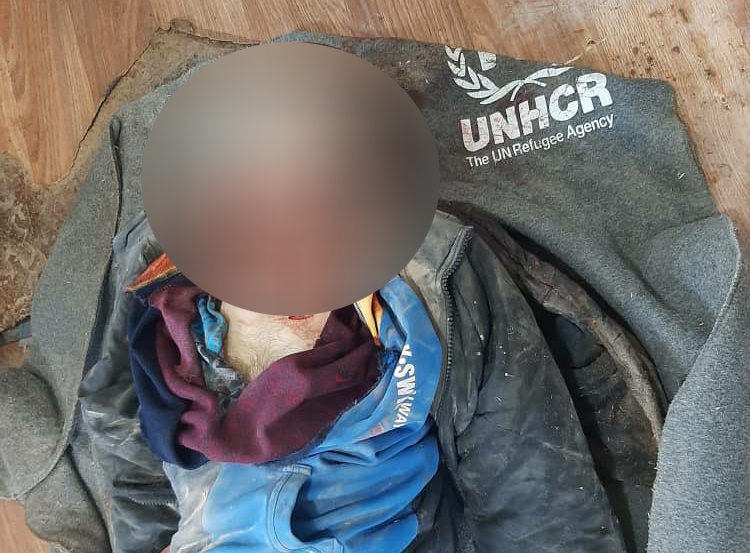 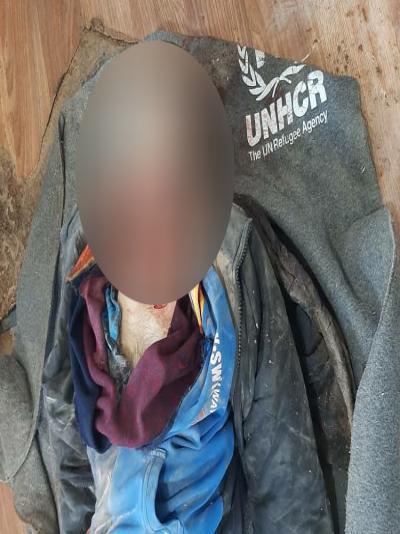 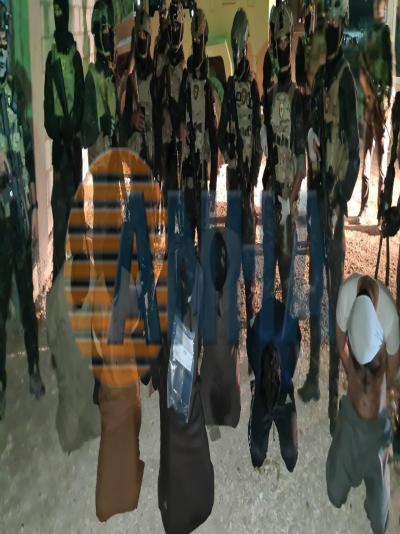 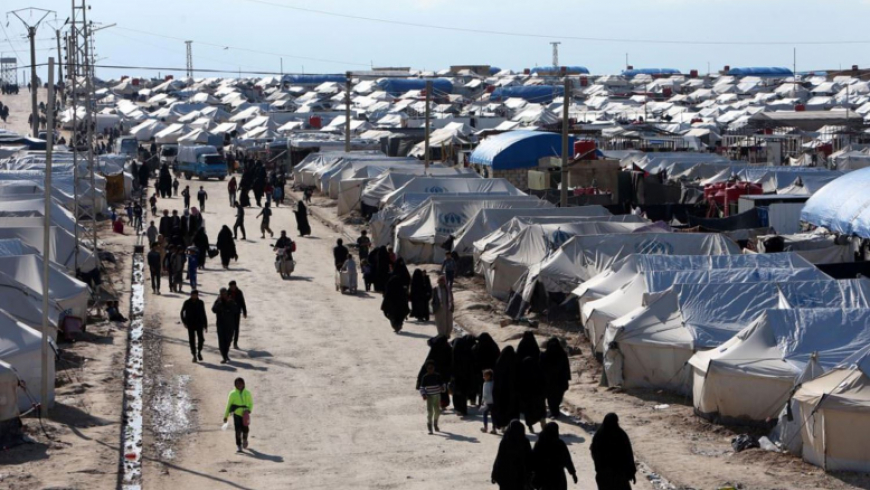 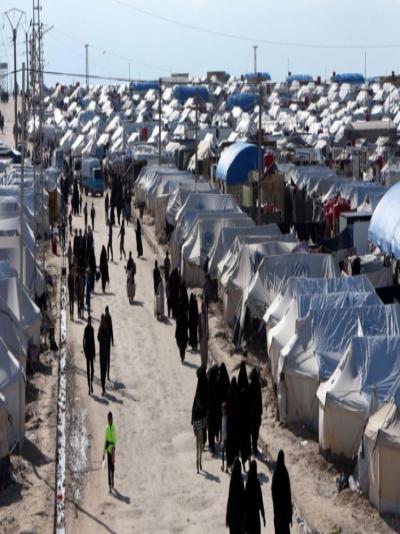 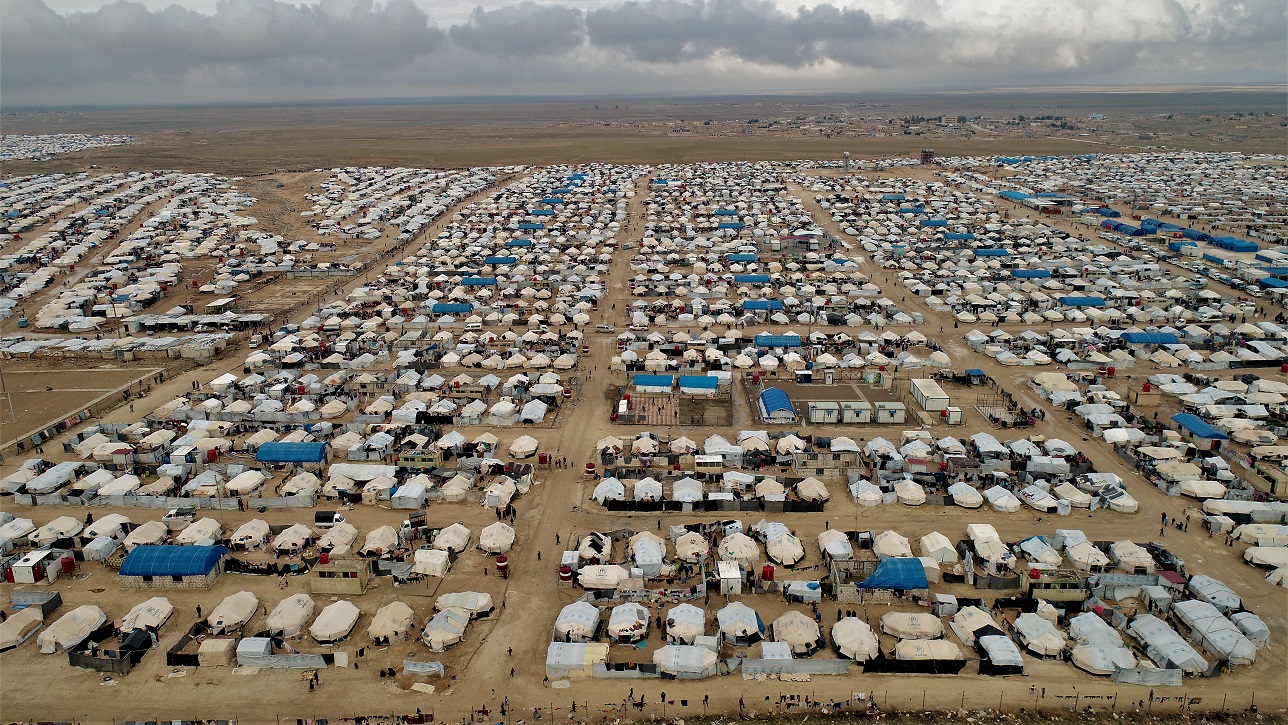 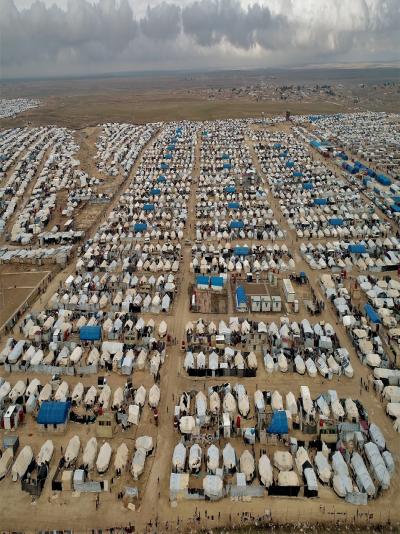 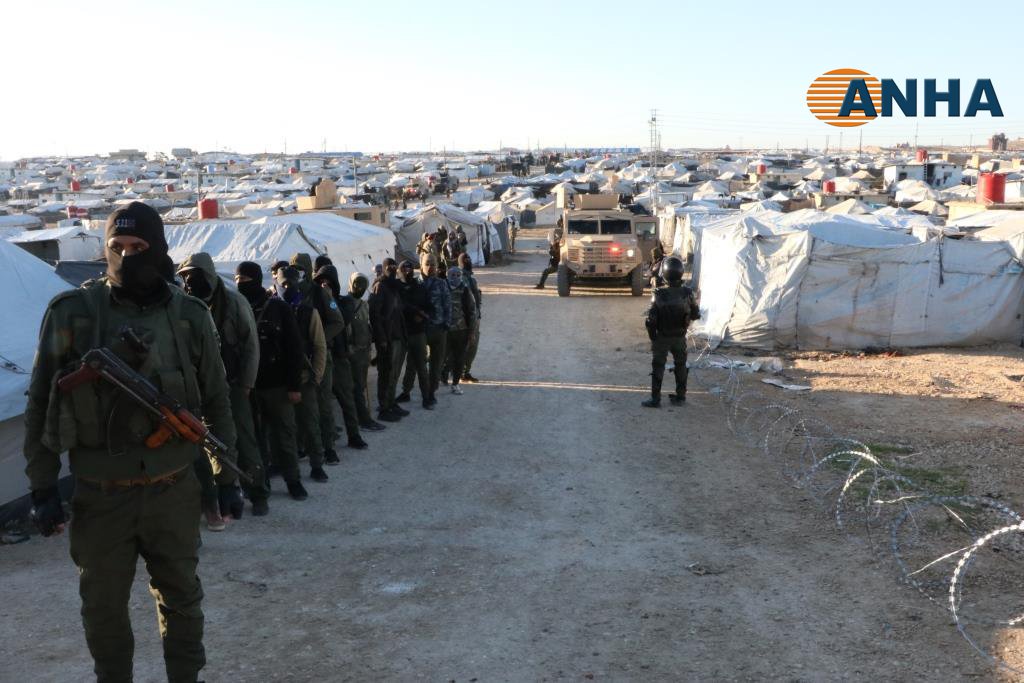 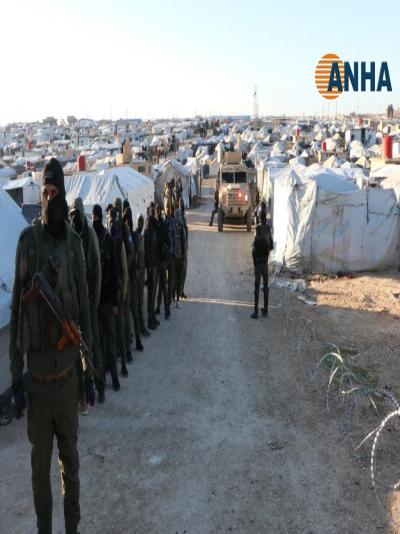 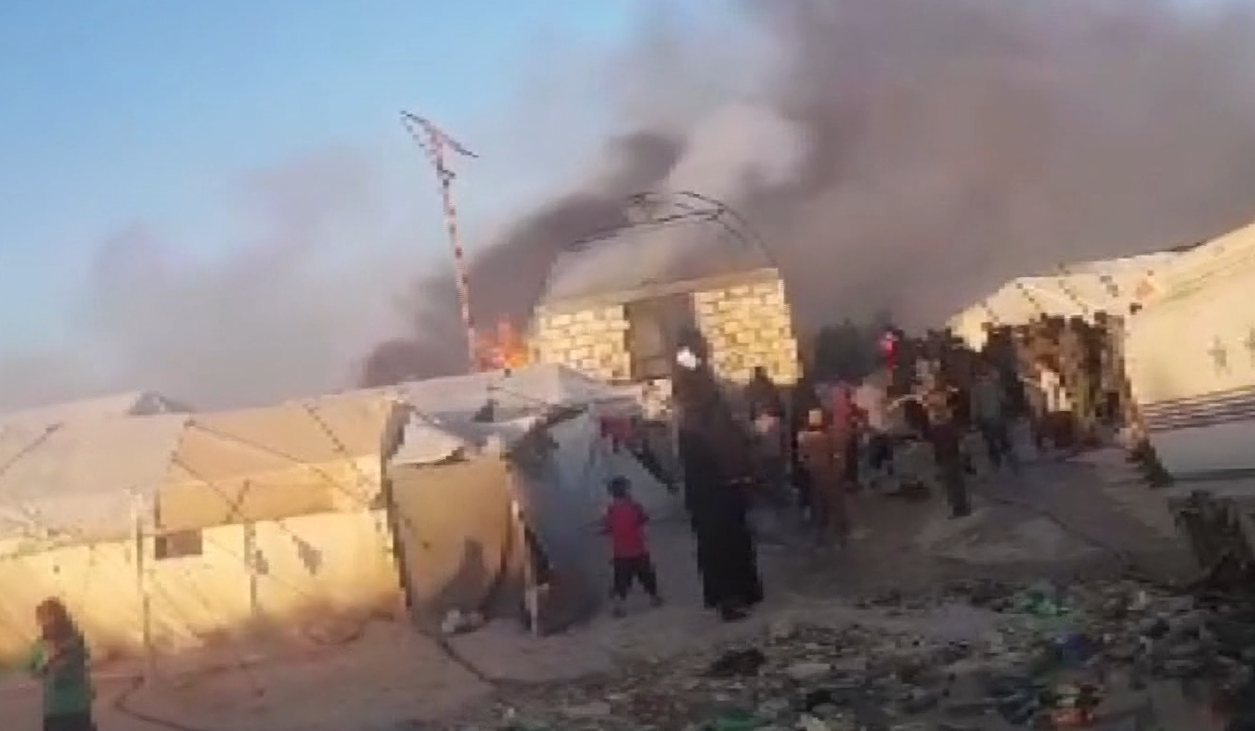 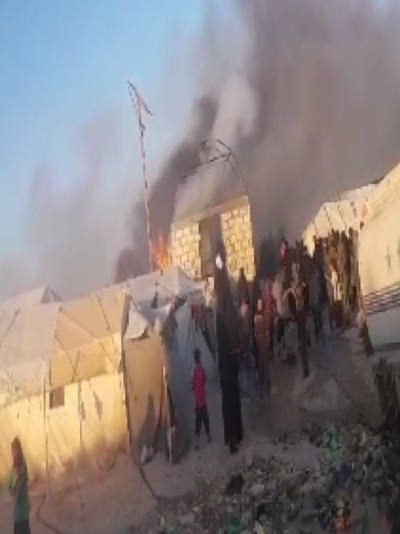 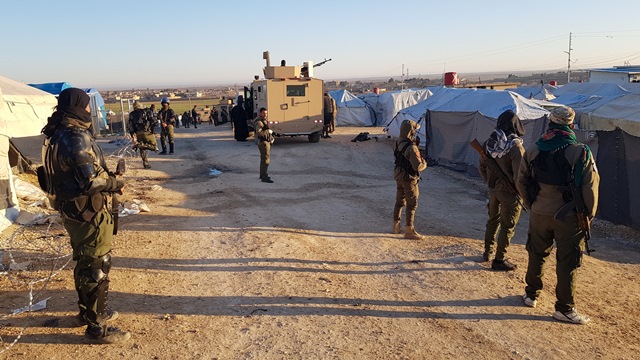 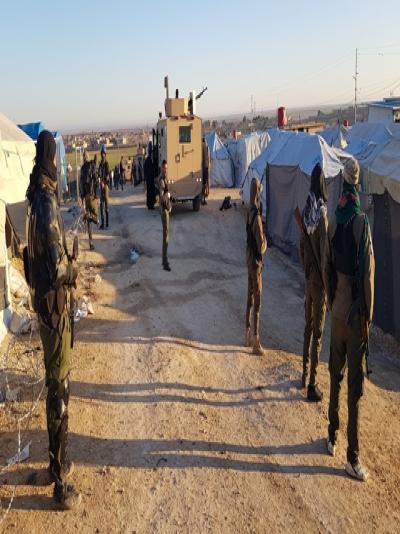 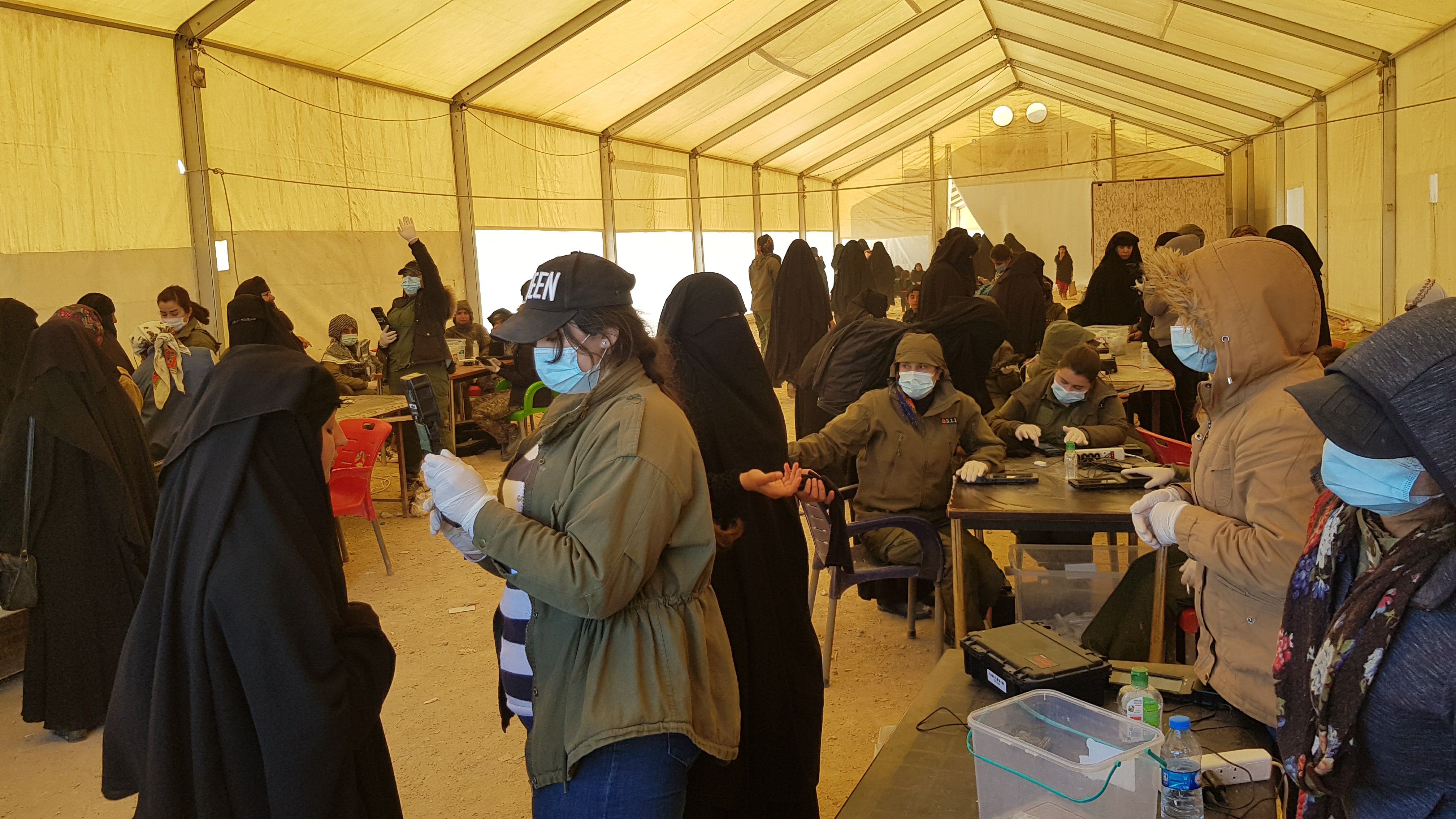 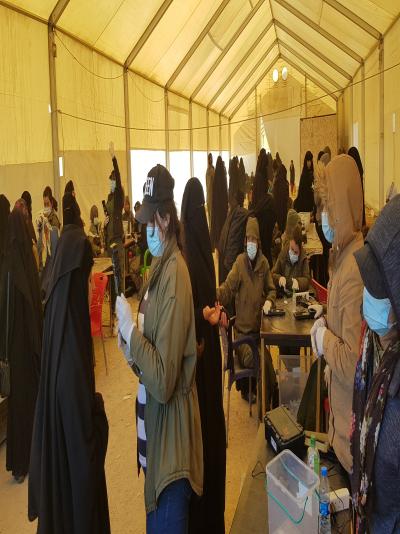 Internal Security Forces: Turkish occupation has been shelling border villages since this morning