After the Syrian Revolution was transformed into an armed struggle, abductions and arbitrary arrests were on the rise by factions sycophant to the Syrian Government without any clear or reasonable accusations that were going on without any arrest warrants all contradictory to both the Syrian constitution and the international law.

Such cases were more notably carried out by parts affiliated to the Syrian Government for the mere aim of embezzlement whether directly or indirectly via commission agents or mediators.

Mohamed Elo, born in the city of Darbassiye, in the Hasaka Canton, in 1981, is one of those, unaccounted for in a Syrian jail, after been arrested randomly by the so-called National Defence militias on September 5th, 2013, in the city of Lattakia, with no arrest warrant or any clear accusation.

Formulated in 2004 and became active more notably since 2011, the National Defence Forces is a militia force used by the Syrian Government Forces as a façade for all the crimes committed against the Syrian people as the name has been linked with massacres and the looting operations.

Elo was a driver on a truck and a trailer in the Jazira Region, with the onset of the Syrian Crisis he moved to the city of Lattakia with other friends for a job.

Elo used to go to Baghdad while working in Lattakia, then, while his truck and trailer was to go on maintenance, in the Industrial Area, in Lttakia, and Mohamed was asleep inside, the window was broken all of a sudden by the National Defence militiamen who forced Mohamed to accompany them after a useless dispute, as they alleged he would transfer goods of theirs, after Elo asked the transfer be adjourned until tomorrow he was ''shut upped '' and taken forcibly, according to the witness bore by the watchman at the Industrial Area to Elo's brother that went there in search of his unaccounted for brother. 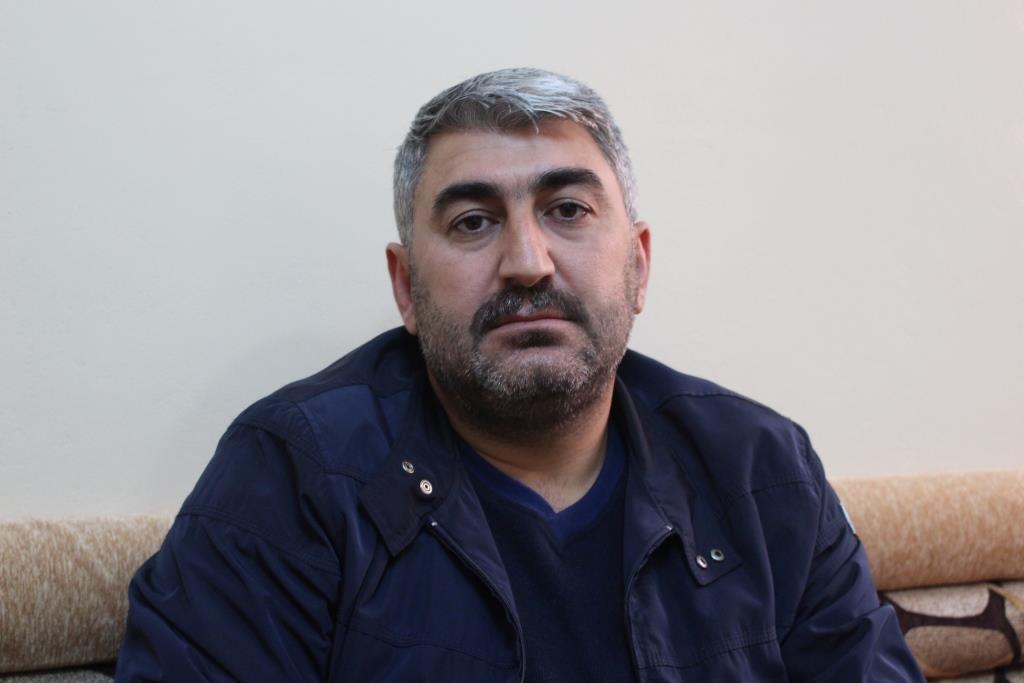 After failing to contact Mohamed Hawas, Ahmed Elo went to Lattakia to verify the reasons behind his brother's arrest, '' but all efforts went useless even huge amounts of money were offered in exchange'', to which they were ensnared by imposters and cheaters that pretended to work as mediators, on which they paid immeasurable amounts of money, not to mention the track and trailer of Mohamed that was taken possession by the Syrian Forces.

''Mediators used to say that Elo was arrested on the charge of links to the Autonomous Administration of North and East Syria prior to his move into the city of Lattakia, and others that he was arrested on nationalist grounds, that is all drivers ought to give services to sycophants to the Syrian Government with no money'', Elo's brother Ahmed says.

Some commission agents told Ahmed that his brother ''is detained at the Saidnaya Prison, and after bids to verify that they were denied verification''.

Ahmed says that his brother was mentioned in a report released by the Sky News Channel relevant to the political detainees in Syria.

The Saidnay Prison is a military one lies in rural Damascus, is home to political detainees, Muslim Brotherhood's and Islamic politicians as well.

According to a report released by the Amnesty International in 2017, from 5000 up to 13,000 persons were executed lawlessly in the Saidnaya Prison.