Despite the great fear after the guerrilla forces warned them, and despite the threats of ISIS mercenaries when they captured them, Hussein Nayef Khader and the people did not leave their village.

Under those difficult circumstances, they were thinking of what could be done and how to be saved, but in Çadalah Village there were about thirty old men;  (mothers, grandmothers, grandfathers, sisters, relatives) so they did not want to leave them and were not able to take them with them because they could not walk.

They kept wondering what could be done because they would not in any way allow any of them to fall into the hands of these criminals, as they were one family, always supporting each other.

They had been serving the elders of their village permanently, so how could they leave them behind now?

None of them bore this thought, so no one dared to make that decision.

In the hope that ISIS mercenaries would not reach their whereabouts, they did not leave their homes, waiting for what would happen.

But they realized after a while that the mercenaries had reached the dome of Sheikh Mand, and heading towards them. Here, Hussein Nayef Khader told his family, "They hurriedly fled and took refuge in the mountains."

There was great fear and anxiety in the village, the shots of their guns resounded, and the cries of the villagers reached the sky.

As soon as ISIS mercenaries reached the village and the Holy Dome area, the bombings, destruction and killing began.

They burned the homes of the villagers, including Hussein's house; Hussain's 97-year-old father was killed, and about four or five people were killed near the dome.

Hussein directed his hand to one of the houses, and said there was also a family of four killed, and among the people who were killed in Sheikh Manda were four women.

In full view of the world, the village turned into a pool of blood, with cars and homes burning, everything was left in smoke.

The villagers moved with the Yazidis displaced from the neighboring villages towards the mountain.  Hussein says that he witnessed the death of more than ten children of thirst and starvation. He added that if twenty-seven members of a family could survive and reach the mountain, about seven or eight of them could not. Some of them fell to the ground, losing their lives.

Even if they were in small numbers, the guerrilla forces and fighters coming from Rojava were able to communicate with the Yazidis, provide them with food and drink, and take care of these weak people who were unable to rise, water them and planted in their hearts great hope for life and salvation from this genocide. After their morale rose, they gathered their strength and many of them were able to stand on their feet and started walking again. Those who could not get up were carried to a safe place, but despite all this, unfortunately, there were those who were unable to deliver water to them in time, which led to the loss of  Many for their souls.

Show us the mass graves

Hussein pointed with his hand to a specific place, and indicated that his father was buried there. According to Hussein, ISIS gangs strangled his 97-year-old father inside the house, and then set him on fire.  When Hussain talks about his father, he becomes overburdened and stops for a while and contemplates where his father is buried. Here we share the grief and pain of Hussain and all the Yazidis who have lost their loved ones.

Hussein and his family are trying to heal their wounds, but it is really difficult, every moment they see those who are lost and their eyes come to the effects of the firman, after that we toured the village and Hussein showed us the places where the people of the village were killed and buried one by one, at first, we went to the site where he was buried His father and we found him surrounded by wires, and it is a small place

We asked him why he was not taken to the cemetery, to find out that he is like hundreds of families waiting for the exhumation of those killed, after taking the necessary measures.

Hussein pointed to another place near his father's burial site and indicated that four other people were buried there.

Then Hussain pointed to a new place at the top so that we could go back and head there to find it full of burnt cars and destroyed houses. After that Hussain took us down to head to the dome of Sheikh Mand and we noticed the destruction that took place along the way.

We stopped near the dome and on the left; five women killed near the dome in a brutal manner. After the Guerilla forces and the Rojava fighters were clearing the area of the remnants of Daash, began searching for bodies. They moved the bodies of the accumulated women and were buried in the place.

Hussein uncovered the identity of three women who remained their names in his memory, "Wathana Khalaf Khader, Zana Osman, the daughter Khalaf Hijjo" Then we went to the place of the killing, near the dome.

According to Hussein, there are many other places near the village and dome were buried more than someone together. All the people of the village are waiting to have back their bodies and reveal their identities, especially because of the exposure of thousands of kidnapping, is you seeing their relatives among those who kidnapped or among those who buried .. we can not know.

'They did not protect the Yazidis, they fled'

We return again to the beginning of the Firman (genocide). In fact, Şingal was not supported by a defensive force. Although there were some Yzidis among them, most of them were Kurds and Arabs. Tens of thousands of the KDP'S affiliated- Peshmergas, in addition to the Iraqi forces, were there under the name of protecting the community. Yazidi, and as soon as the attack began, they even fled.

Leaving the Yazidi community alone created difficult conditions, as their escape made the people of the area a direct target for ISIS gangs and their allies.

When Hussein Nayef Khader talks about that period, he gets very angry, as he says that there were large forces in and around Şingal, but they fled.

According to what was mentioned, there were at the time about 12 or 13 thousand fighters for protecting the area, but they ran away.

As Hussein says, the number of guerrilla forces that came to Şingal at the time reached 100 at most, and with this small number they were able to save the community from death. This small number with great determination took the Yezidis on the roads to safe places.

This small number of guerrillas and Rojava fighters expanded their operation, reclaiming the areas and completely neutralizing the Daesh gangs.

In fact, this was met with great love, respect and gratitude by the Yazidi community.

Due to this historical resistance, thousands of Yazidis escaped death, and the areas previously controlled by ISIS were restored.

And if we ask the Yazidis anywhere about their feelings about the Firman, they will all express with one voice their thanks and gratitude to the Guerilla forces and the Rojava fighters.

The people of Cadalah village and the guards of the dome of "Sheikh Mand", Hussein and his family are also excited when they hear the name of Guerilla and the leader of the Kurdish people Abdullah Ocalan, and say that without them, they would not have gotten rid of this firman, and it would have been the end for the Yazidis, and according to Hussein, there would not have been a Yazidi.

He also adds, "Had it not been for the support of the Guerilla, the Rojava, no one would have stood by them.

Hussein draws our attention to the April 9 agreement between the Kurdistan Democratic Party, the Iraqi government and the countries that support the agreement. He said that they would never accept such interference on their lands.

Hussein Nayef Khadr expressed his opinion about the influence of the thought and philosophy of the Kurdish leader Abdullah Ocalan on Şengal. He aroused our interest by saying, "The thought of the leader is pure."

It also aroused our interest that when Hussein mentions such statements, he sees that his thought not only in the Yazidi community, but in all societies, especially enslaved societies.

Hussein Nayef Khader's family has another advantage, as we noted that no matter the circumstances are, they did not accept to leave Şingal. Hussein's family is one of the families that did not leave Şingal. After their liberation, they remained in the mountains of Şingal.

This is a cause of great pride and happiness for Hussein, who says that he witnessed about two thousand families that continued to resist in the mountains.

And as soon as we listen to any yazidi today, their demands caught our attention: “We ask God, Lord of the Worlds, that those dark days go forever.”

Against these painful memories, everyone's eyes are on the region development.

Hussein called on all the Yazidis who were forced to emigrate during the Firman days to return to Şingal; Because harsh dirt and strangers’ cities cannot belong to the Yazidis, and he repeats to us, “Only on their soil can the Yazidis live in peace, and Hussein refers to the peace prevailing in Şingal today.

Finally, it was time to say goodbye, because of the warm welcome from the family we are out on the road again and we are happy.

On the one hand, there was great sadness, dark days and wounds that cannot be healed, but with the character of this family, we saw how much the Yazidi community deserves a free life and how persistently it is attached to its martyrs and missing persons.

We have seen in the eyes of every member of this family the hope and the yearning for freedom, hoping that they will never live this genocide again and that they can build a future of value for their children. 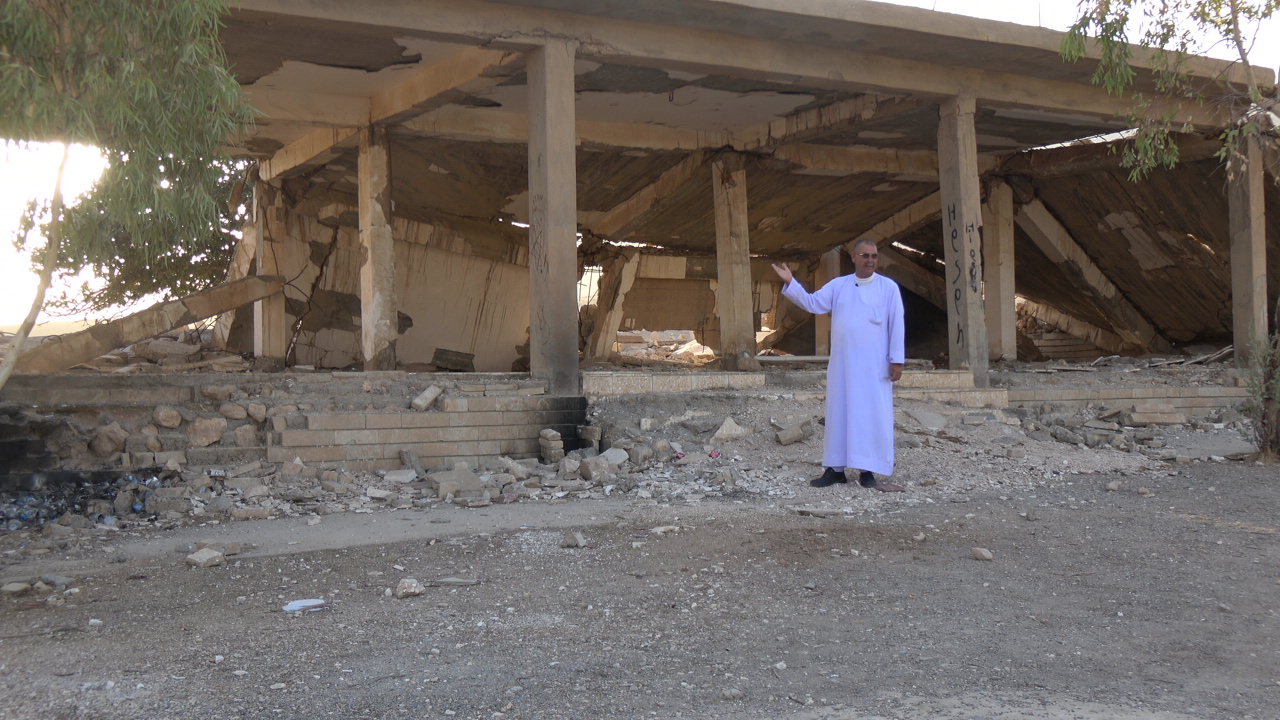 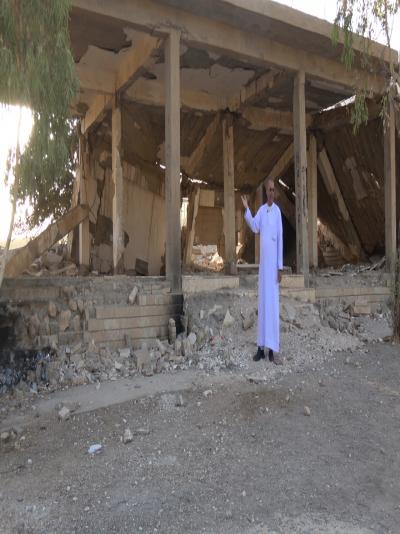 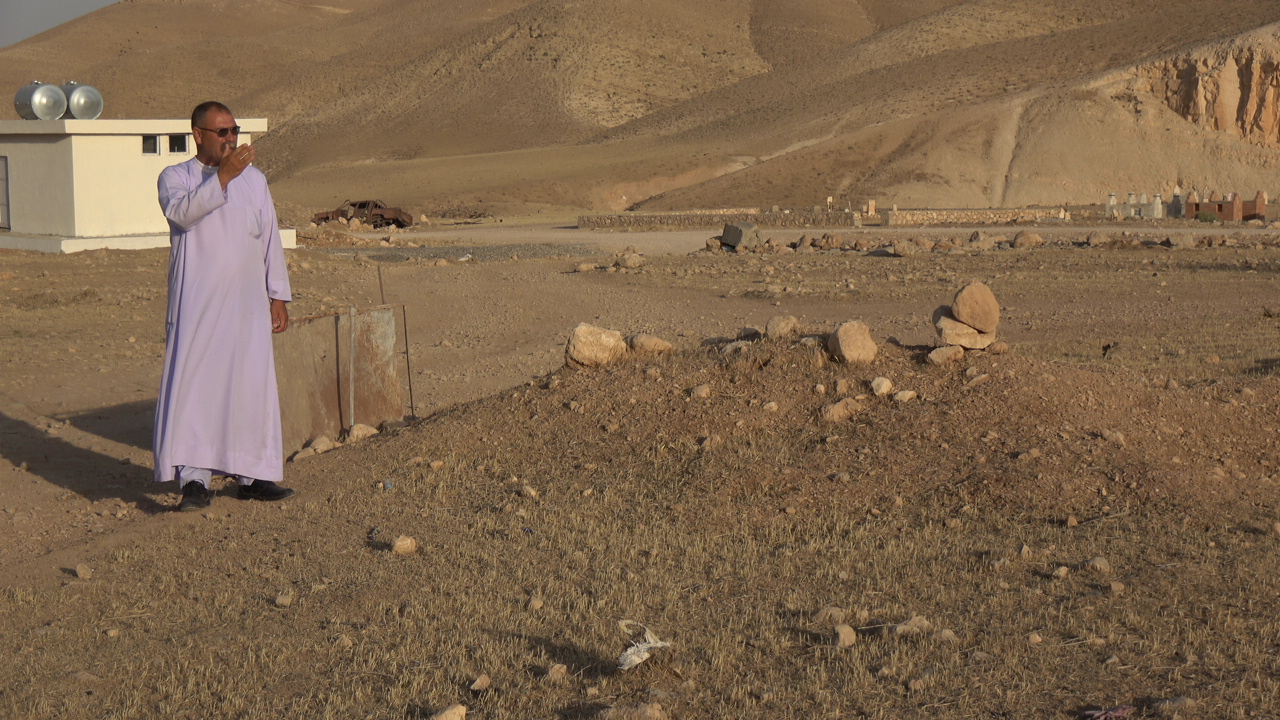 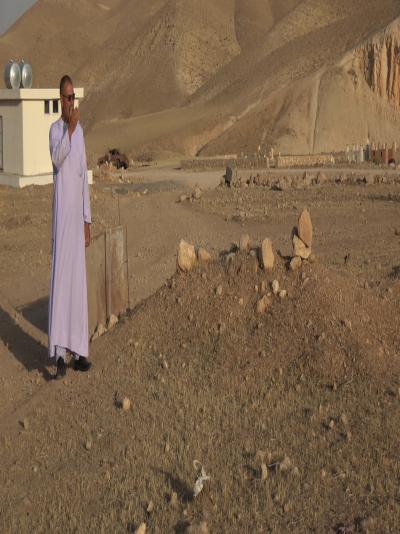 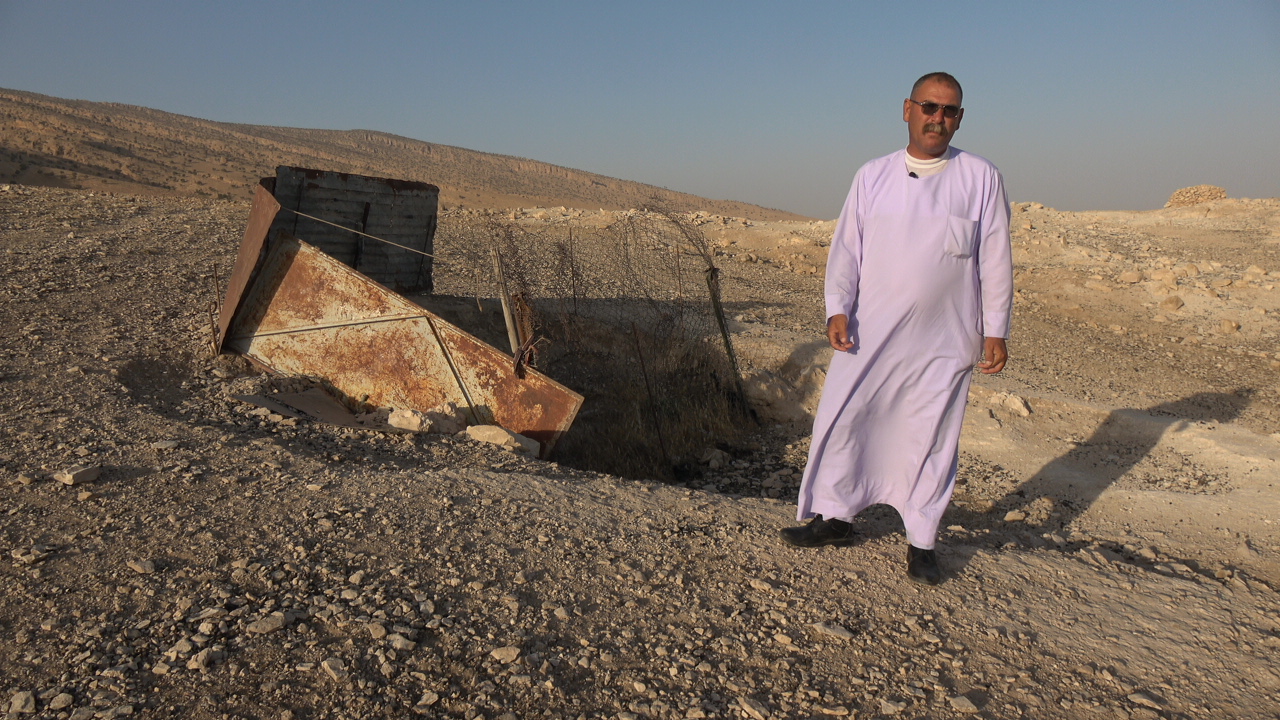 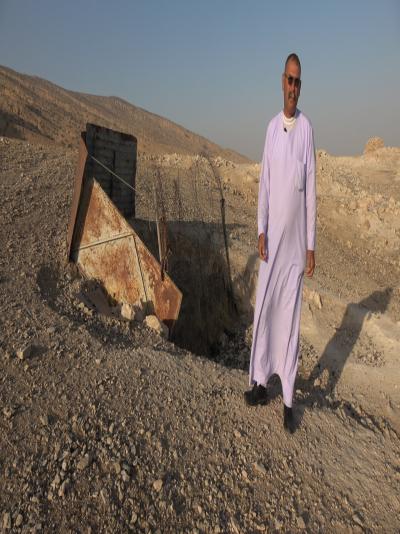 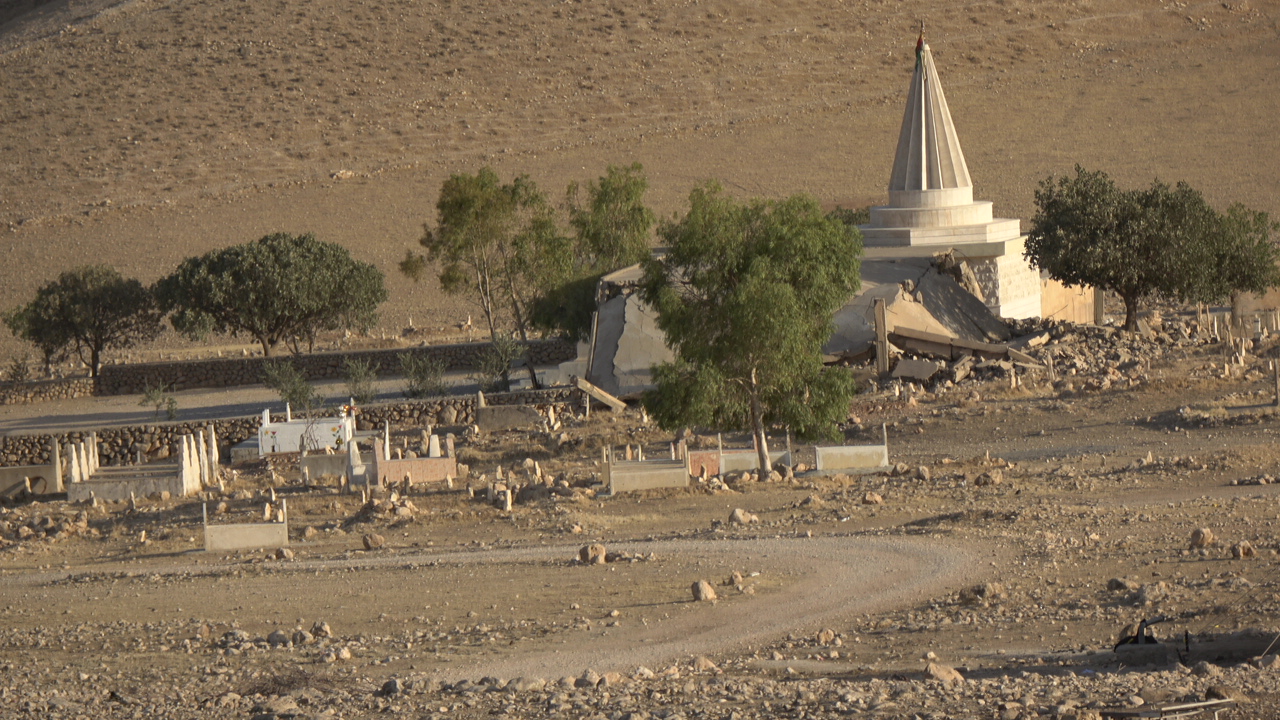 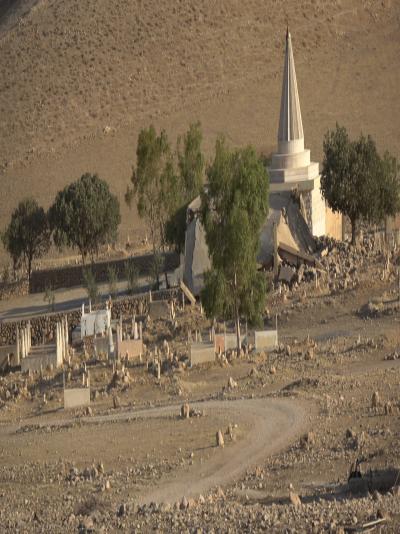 The 15 of September 2015 was the day ISIS began launching its major attack on the city of ...

Leader Abdullah Ocalan, "In the beginning, the August 15th Leap was not only evaluated from ...
Old Website