The UNESCO Culture, Education and Science Organization has designated February 21st of each year as an International Day for the celebration of the mother tongue all over the world, to promote awareness, linguistic and cultural diversity, and it was first declared by UNESCO on November 17, 1999, and then it was officially approved by the General Assembly of United Nations, and decided to establish an International Year of Languages ​​in 2008.

The idea of ​​celebrating International Mother Language Day is an initiative of Bangladesh, as the date of February 21st in Bangladesh marks the anniversary of the struggle of Bangladesh people for the recognition of the Bengali language.

Despite the tremendous diversity of languages ​​in the world, it is at risk of extermination. According to some estimates, 40% of the world’s population does not receive education in their mother tongue, which is the basis of society’s existence and the means by which cultures and traditional knowledge are spread.

There are dozens of countries that take English as their official language, due to the British colonial expansion during the past centuries.

The leader Abdullah Ocalan who gave a great space in his fifth pleading entitled (Manifesto of Democratic Civilization - The Kurdish Cause and the Democratic Nation Resolution) of language, says: “Language can be defined in its narrow sense as culture. Language itself means the impetus or the societal legacy of mentality, morals, aesthetics, feelings, and ideas acquired by a society, which is the identity, momentary and perceived existence, expressed in relation to the meaning of emotion.”

The leader Abdullah Ocalan also affirms: “The level of language sophistication is the level of advancement of life, meaning that the more a society advances its mother tongue, the quality of life gets better. Insofar as a society loses its language and falls under the rule and influence of other languages, it will be colonized and subject to annihilation in the same way.”

From this standpoint, we see that despotic regimes always seek to extinct the languages of the rest of the components, among them the despotic and colonial regimes of Kurdistan that tried hard to eliminate and destroy the mother tongue.

Some researches indicate that no less than 43% of the 6000 languages currently spoken in the world are at risk of extinction, while the languages that are given importance in the education system are no more than a few hundred, and less than a hundred languages in the digital world.

Among the languages that were at risk of extinction is the Kurdish language, as the despotic and occupying regimes of Kurdistan tried to remove it to eliminate the Kurdish people after the division of Kurdistan into four parts according to the Lausanne Agreement, on July 24, 1923, one part was annexed to Turkey, and another to Iran, Iraq and Syria.

The reality of language in Syria

In Syria, after the evacuation of the last French soldier from Syria on April 17, 1946, and the declaration of independence, and even before 2011 AD, the Kurds could not speak and learn in their mother tongue, as a result of the chauvinistic policy practiced against them, starting from the government of Shukri al-Quwatli to Bashar al-Assad. Anyone who spoke the Kurdish language was subjected to arrest and security prosecution, and for Syriacs, they used to learn their language in some churches only.

With the outbreak of the July 19th Revolution in 2012, the components of North and East Syria were able, through the Autonomous Administration project that embodies the concept of the democratic nation, to revive their language which is the basis for their existence, initially through small groups, and after the declaration of the Democratic Autonomous Administration on January 21, 2014, in the form of 3 cantons, the use of the official languages ​​of the region’s components and adopting them as official languages ​​in schools were declared.

After the establishment of the Autonomous Administration, the components of the region, including Armenians, Syrians, Circassians, Arabs, Kurds and Turkmens found the opportunity to teach their children in their mother tongue and work together to build a participatory and democratic life. In addition, the region’s culture was able to liberate itself from the yoke of the nation-state, and it found the appropriate opportunity for development and progress.

The mother tongue developed in the regions of north and east Syria, and began to promote gradually in the form of stages starting in 2014, until it reached in 2021 to the level of preparing multilingual curricula within all educational stages in (primary, preparatory and secondary) schools in three official languages, in addition to the opening of Rojava University which is considered a cultural heritage recorded in the history of the people of North and East Syria. 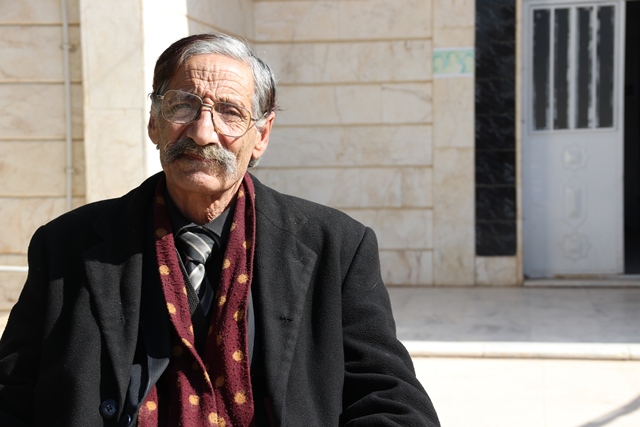 Saleh Hido confirmed that the Kurdish language, after the July 19th Revolution in 2012 took steps that he described as "great", and said: "Today there are hundreds or even thousands of schools, institutes, universities, and media, research and scientific institutions in Rojava in the Kurdish language.”

Saleh Hido explained that the Kurdish language developed through the July 19th Revolution, and said: “The revolution protected the Kurdish language from being smelted,” and indicated that one of the most prominent achievements achieved on the language level is its academic teaching within schools.”

Saleh Hido pointed out: “Now the Kurdish people are learning in their mother tongue. How beautiful it is to see an entire generation mastering its mother tongue that was going through the stage of fusion. This is an unparalleled achievement.”

Saleh Hido emphasized that the family is directly responsible for preserving and developing the mother tongue by urging its children to learn in their own language, and that melting the language means melting down society and identity together.

There are now more than 900 thousand students in the regions of north and east Syria within the primary, middle and secondary levels, distributed over 4,092 schools, all of whom receive their education according to the Autonomous Administration curricula that have been prepared by the curriculum institutions that work to prepare the curricula for the three academic stages (primary, preparatory and secondary) and in Kurdish, Arabic and Syriac.

The process of preparing books goes through several stages until it is approved in schools, which are the writing stage, then discussion, follow-up, educational, scientific and linguistic scrutiny, final design and production, and then printing, up to the stage of distribution to students in schools.

Specialized institutes have also been opened to prepare teachers academically, such as the Martyr Agîd Çîlo Academy for teachers of the Kurdish and Arab component, and the Syriac OLAF TAO Foundation specialized for preparing Syriac teachers as well.

For the first time in history, curricula are being prepared in the Syriac language 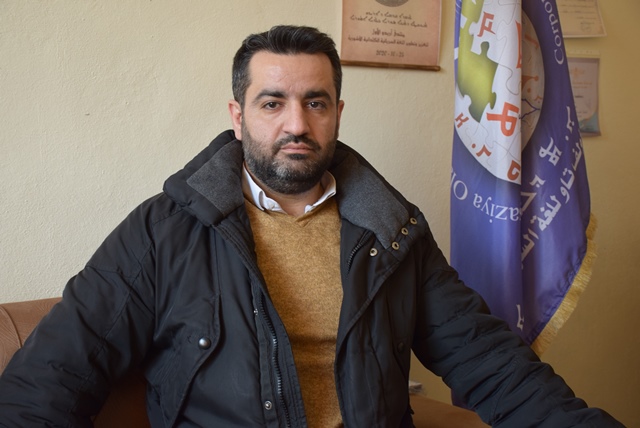 The Co-chair of OLAF TAO, Jarinus Issa, says: “The Autonomous Administration laws guarantee the right of every child to receive lessons of history, society, morals and culture in their mother tongue to the third grade, after which he is entitled to choose another language.”

Jarinus explained: “For the first time in the history of the Syriac component, educational curricula are being prepared in the Syriac language, but the system prohibits teaching in it, imposes Arabic as the main language, and teaches children according to curricula that do not belong to this people, and we, Syriac people, want our children to grow up while they learning their history, morals and culture.”

In addition to the curricula prescribed by the Autonomous Administration in North and East Syria (Kurdish, Arabic, and Syriac), the rest of the components can be taught in their language, such as the Armenian component, as the educational process in Armenian schools located in the regions of the Autonomous Administration of North and East Syria passes through three academic stages.

The first stage: It is the kindergarten stage, in which children between the ages of 3 and 6 years are taught the Armenian alphabet, in addition to teaching them various games, and since education in kindergartens is done in the Armenian language, this requires that everyone who joins those schools be an Armenian child.

After completing kindergarten, children move to the regular education stage, which extends to 9 grades, after which they go to university.

In the city of Qamishlo, there are 3 Armenian schools, in which about 100 students are learning in kindergarten, 300 students in the first primary grades, and 250 children from sixth to ninth grades.

As for the Armenian schools in Derik and al-Hasakah, they teach kindergarten and primary school students, and after the Turkish occupation army's attacks on Girê Spî on October 9, 2019, an Armenian school in the city was closed. 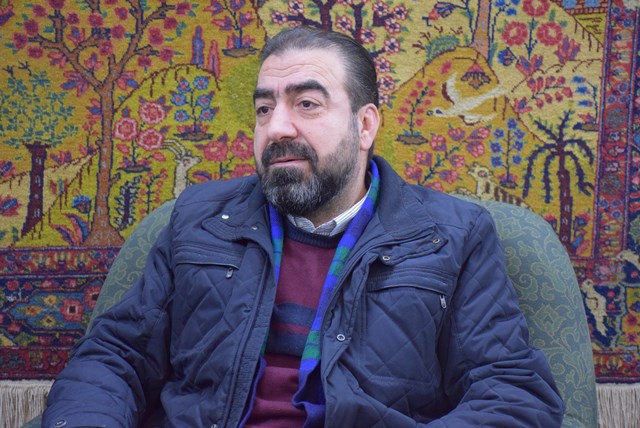 The Member of the Armenian Council in the city of Qamishlo, Hakob Donabediyan, said that they depend on an educational program brought from Armenia, and added: “Our educational curricula in all schools are standard, and it is very important for us to educate our children in our private schools and our language, and we communicate with those concerned in the Autonomous Administration of North and East Syria on the conditions of Armenian schools and the mechanism for developing the educational process in them. So far the Autonomous Administration has not interfered in any way that hinders our educational system, and we have not been exposed to any problems or obstacles when implementing the educational program that was sent to us from Armenia.

Developing the reality of education through several stages 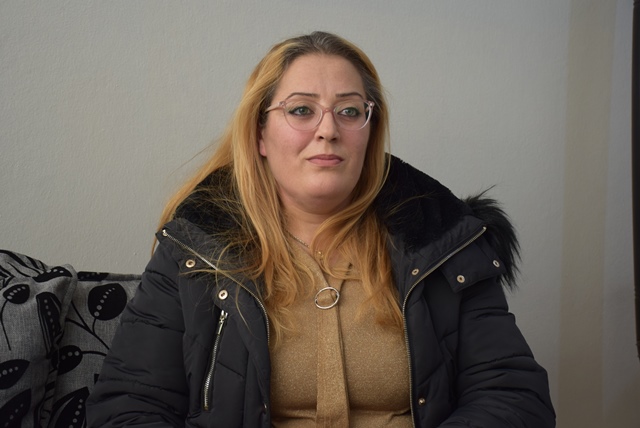 The Administrator of the Training and Education Committee in the Autonomous Administration of North and East Syria, Shamir Andinho, explained: “Since the establishment of the Autonomous Administration, we started organizing the educational reality in the region, and the main task was to work on preparing educational curricula. During the period between 2013-2014, we started the first phase of learning language, and in the 2015-2016 academic year, we entered the second stage which is the stage of preparing the curriculum for primary school students, i.e. from the first to the sixth grade.”

She added, "As for the 2017-2018 academic year, the preparation of curricula for the preparatory stage (the seventh to the ninth) began, and after gaining practical experience, preparations to prepare the secondary school curricula completed, and these preparations have been completed during the 2019-2020 academic year. Complete curricula were prepared in Kurdish, Arabic and Syriac languages ​​for subjects of society and life, mathematics, sports, history, literature, geography, philosophy, the democratic nation, physics, chemistry and biology, and these curricula embody the history, culture and morals of the peoples of north and east Syria in general.” 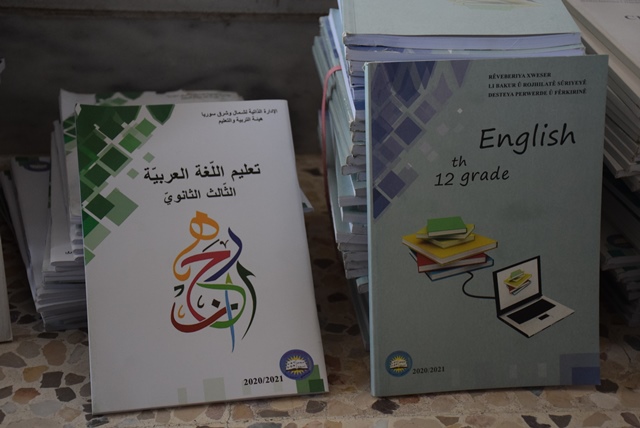 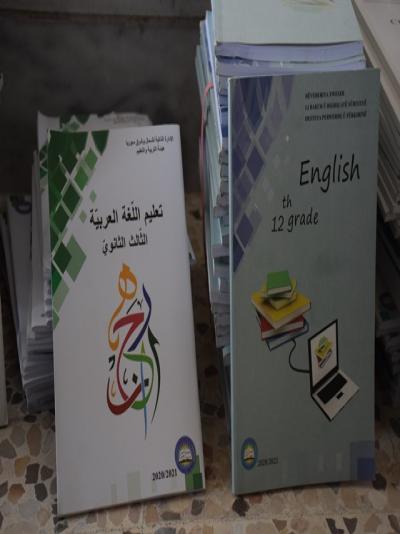 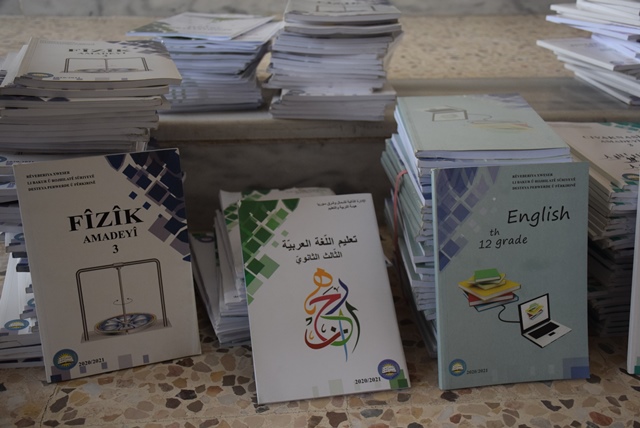 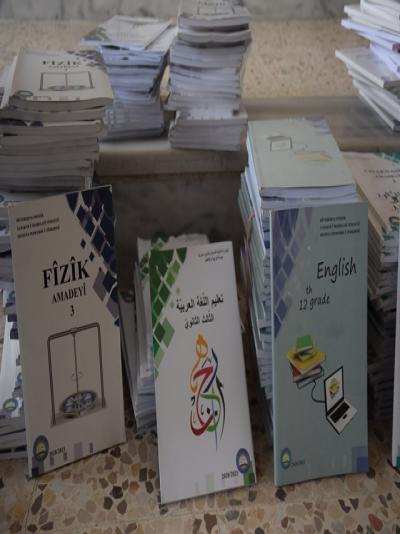 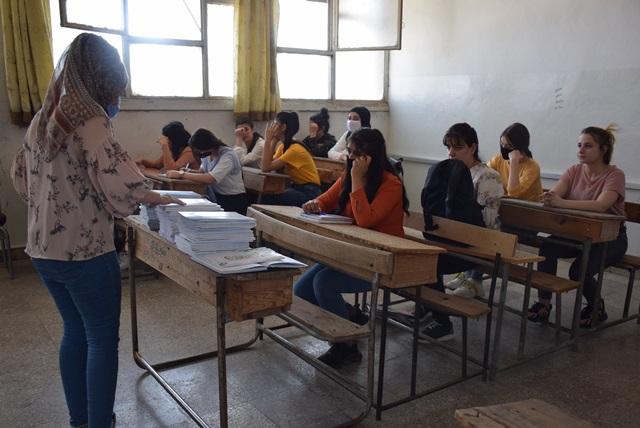 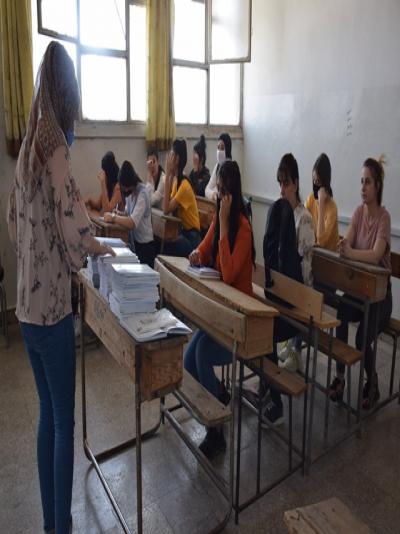 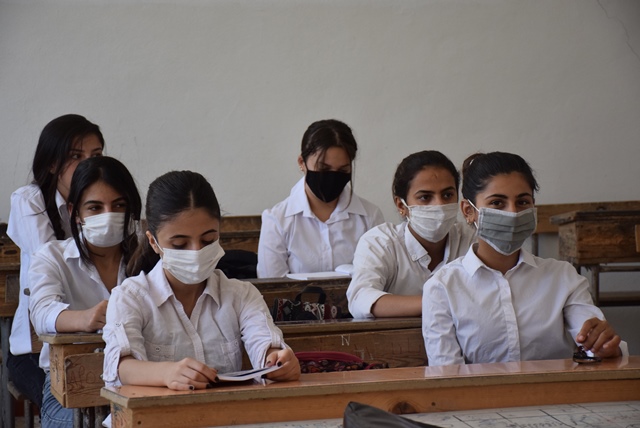 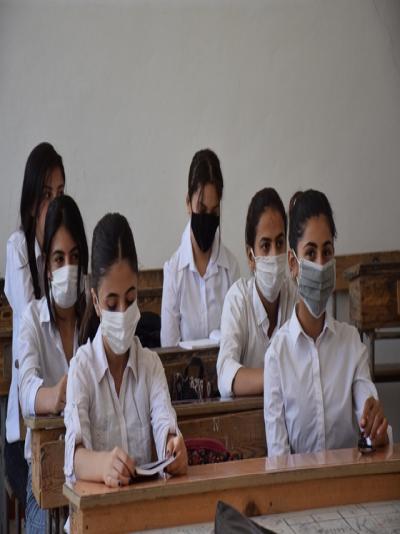