The speech of the deputy co-chair of the Department of Foreign Relations in the Autonomous Administration (AA), Abeer Elia, commenting on the massacre committed by the Turkish occupation, which left three civilians martyrs and a number of people wounded. 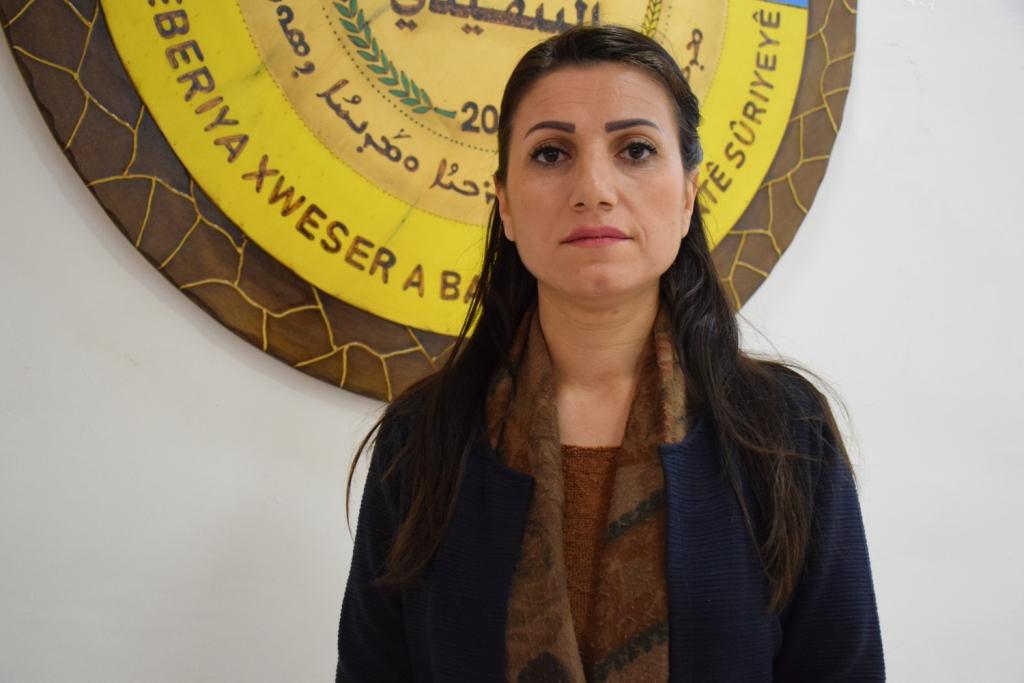 Three members of one family were martyred and 3 other civilians were wounded by the aerial bombardment of the Turkish occupation army yesterday evening, on the village of Akiba in the district of Sherawa in the occupied Afrin canton, and their bodies were recovered from the rubble this morning.

The deputy co-chair said: The occupation continues to kill innocent civilians continuously and in the most horrific ways, desiring to expand the occupation to build the Ottoman Empire, and this is illustrated by the massacres committed in northern and eastern Syria and today in the occupied Afrin canton.

"In the name of the Autonomous Administration, we condemn and denounce the massacres committed by the occupation and its mercenaries, and we demand the international community to take action to stop the massacres and stand in the face of Turkey and prevent it from committing more massacres in the coming days."

She noted that "the international silence encourages Turkey to continue its occupation, even commit more crimes against innocent people."

Abeer Elia denounced the international silence on the massacres committed by the Turkish occupation.

The deputy co-chair of the Department of Foreign Relations in the Autonomous Administration, Abeer Elia called on the international community to take effective action on the ground, and not only condemn, but to stop the massacres committed against the Syrian people.

​​​​​​​The Turkish occupation army and its mercenaries have bombed Ahras distr...

The Democratic Society Movement (TEV - DEM) sent a congratulatory telegram to all the people...