And representatives of the Ministries of Foreign Affairs of the United States of America, Sweden, Germany, France, the United Kingdom, Switzerland, Finland, Belgium, Denmark, the Netherlands, Italy, Canada, Norway, in addition to the Council of the European Union, the European Department for Foreign Affairs EEAS, and the Directorate General of European Civil Protection And humanitarian aid operations DG ECHO, and the Directorate-General of the European Commission for Migration and Home Affairs DG HOME, according to what the Department of External Relations published on its official page. 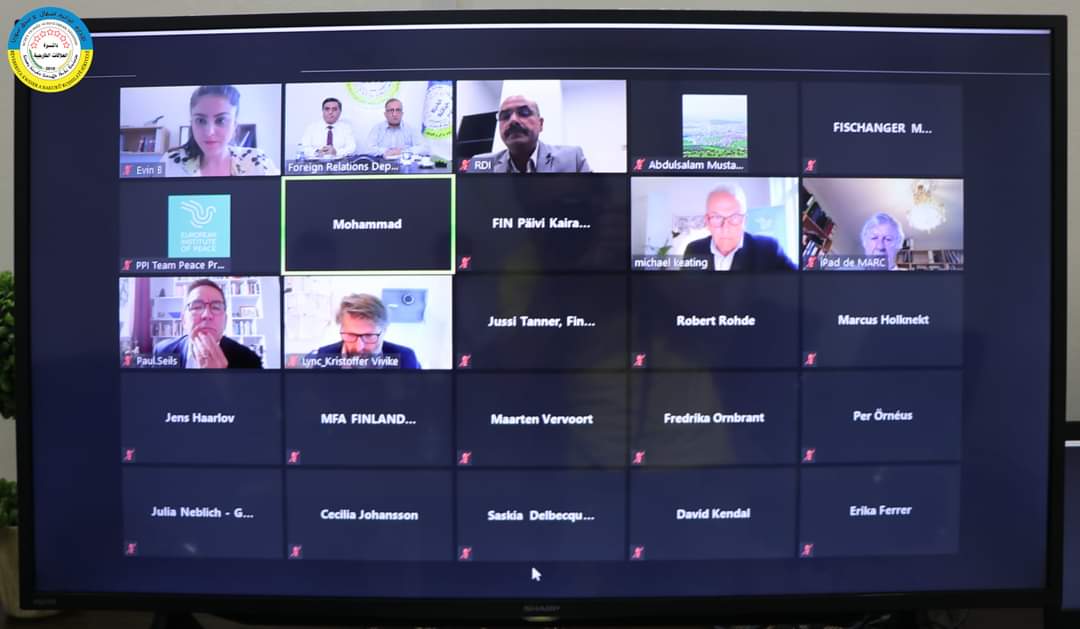 Views were exchanged during the meeting regarding the file of ISIS mercenaries and their families (children and women) in the camps, especially Al-Hol camp.

The representatives of AANES stressed the need for the international community to assume its responsibilities and cooperate and coordinate with the AANES on this complex issue that the AANES alone could not afford.

The Autonomous Administration has called upon these States to return their children and women who have not committed crimes, and to provide economic and security support to the AANES, to work on Al-Hol camp, to build new sector to divide the camp to control it, to reduce smuggling and to build rehabilitation centers, among others.

AANES stressed the need for support with regard to justice and the need to establish a fair court to try ISIS mercenaries and women who committed crimes in AA's areas, demanding compensation for victims of terrorism and those affected by terrorism (families of martyrs, orphaned children, war wounded and persons with permanent disabilities).