According to a statement of the Department of the External Relations on its account on social media, a meeting was held via Zoom Service between the Swedish Minister of Foreign Affairs, Mrs. Ann Lind, and a joint delegation from the SDC and AANES consisting of the Head of the  Syrian Democratic Council's (SDC) Executive Authority Elham Ahmed and the Vice Chairman of the Executive Council of the Autonomous Administration, Badran Çiya Kurd, the Co-chair of the Department of External Relations, Dr. Abdul Karim Ali, and the AANES representative in Scandinavia, Shiyar Ali. 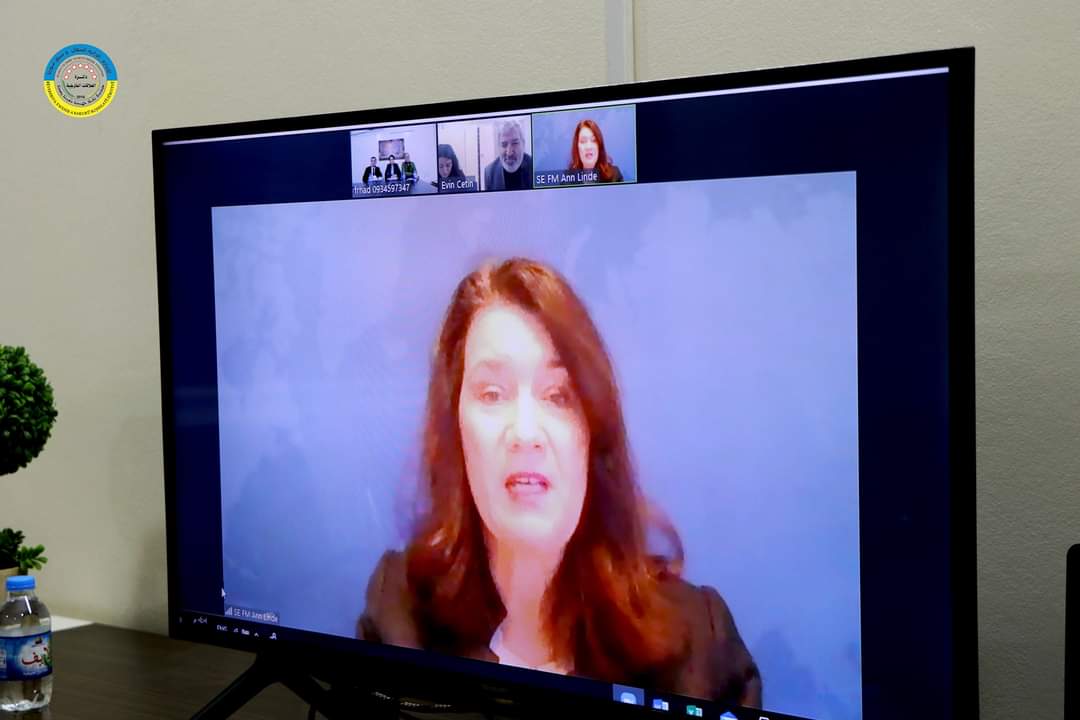 The Relations Department statement said: "Views were exchanged regarding the general situation in Syria and the Autonomous Administration regions, in addition to the political process, Turkish threats and the Kurdish-Kurdish dialogue, the situation of ISIS mercenaries and their families in the camps, and the need for the international community to assume its responsibilities towards this file."

According to the statement, "The Minister of Foreign Affairs affirmed Sweden's condemnation of the Turkish aggression against the NES regions, said we will work to stop the Turkish attacks and threats on the region, and indicated that the participation of the Syrian Democratic Council and the Autonomous Administration in the United Nations meetings and discussions regarding the political process in Syria, and in the constitutional committee is necessary. We will work on that."

According to the Relations Department's statement, the Swedish Foreign Minister praised the positive endeavors of the Syrian Democratic Council regarding the Syrian-Syrian dialogue, and emphasized their support for the Kurdish-Kurdish one and the need for its success, and it was agreed that these meetings should continue in the future.