Since Sunday, the city of As-Suwayda, in southern Syria, has been witnessing a state of tension and massive popular protests against the country's living and economic deterioration.

The city, like most other Syrian cities, lives in a deteriorating service situation, which has worsened in the past weeks, coinciding with a huge shortage of fuel that prompted employees and students not to go to their places of work and studies in many cities. 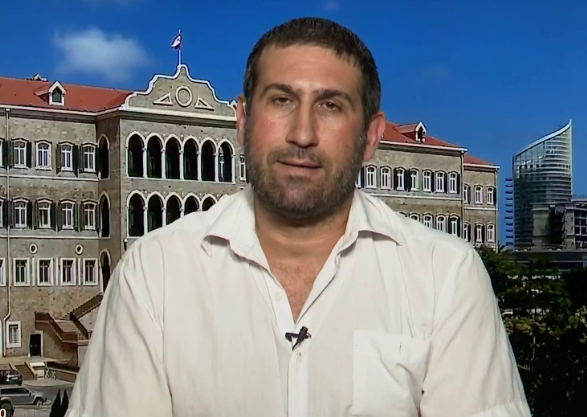 During the past few days, the Damascus government issued several "austerity" decisions linked to a fuel shortage and an increase in electricity rationing hours.

For the first time since the outbreak of the protests nearly a year ago, the crowds attacked an official headquarters, the governorate building in the heart of the city, as the protesters attacked and burned the building, and removed the image of Bashar al-Assad from its facade.

During the confrontations, a civilian and a policeman were killed and others were injured in the area of ​​the governorate building and the police command building, which witnessed tense security conditions.

Damascus government forces deployed in the city, after they were able to disperse the demonstrators.  The Syrian Observatory indicated that demonstrators blocked the Damascus-Suwayda highway, near the village of Hazm, by burning rubber tires, in solidarity with the protests in the city center of As-Suwayda, and condemning the deteriorating living conditions in the country.

This is not the first time that a state of tension and popular protests has occurred in this southern region. With the outbreak of the Syrian crisis and the transformation of the popular movement into a tool to serve foreign agendas, the people of As-Suwayda took a third line by forming political parties and local forces as a first step to achieve what the people of As-Suwayda aspire to;  It is the formation of an autonomous administration, as happened in northern and eastern Syria.

This privacy, which the people of As-Suwayda aspire to, raises concern for the Damascus government, which only sought social and political circles from As-Suwayda;  To stifle these efforts, at times by supporting armed groups that raise tension there, and at other times by using economic and subsistence weapons against the people.

Social and political circles in As-Suwayda accuse the Damascus government.  that it supports armed groups that practice kidnapping and assassination;  With the aim of putting pressure on the people of As-Suwayda, and in this context, the people of As-Suwayda accuse the Damascus government of standing behind the bloody ISIS attacks on the governorate in 2018, which killed at least 221 people and injured more than 200 others.

During August, As-Suwayda witnessed a state of great tension and clashes, as the "Men of Dignity Movement" took control of a local faction formed by the people of As-Suwayda to protect its areas, the headquarters of loyal factions affiliated with the Damascus government.

The demonstrations reflect the bitter reality

Civil activist Shadi Azzam indicated, "The demonstrations came in response to calls launched less than a week ago. These calls were made by several political and civil parties in the city, and the people came out as in the previous demonstrations, but this time there was more serious abuse by the government."  Damascus does not want these demonstrations to happen again. There was shooting, and two people fell and were wounded."

Azzam explained during an interview with our agency that "the economic engine is very basic, especially in the As-Suwayda governorate; a mountainous area in which there is no diesel fuel and heating, in addition to spreading the issue of drugs and abuse systematically.”

He added: "The gang, whose headquarters the people stormed two months ago, discovered the presence of a Captagon factory, and this is linked to the security services in the governorate. This also causes congestion among the people. There are no solutions in sight. The youth of As-Suwayda want any opportunity to emigrate, and these demonstrations express the suffering and the bitter reality in  Governorate".

The decision to escalate came from Damascus

Observers saw that this time, the Damascus government forces dealt differently with the developments in As-Suwayda, as it had previously condoned the protests and did not talk about them through its media, but this time it was different.

In a statement, the Ministry of Interior of the Damascus government described the demonstrators as "a group of outlaws," noting that "some of them carry individual weapons."

On this, Azzam said: "This time, there was simply a kind of trap, to lure the youth, as a security car equipped with a Dushka weapon passed among the demonstrators, provoking the people; and pushed them to enter the governorate building, smashing the pictures in this way and burning some rooms."

He added, "The decision to escalate and open fire came from Damascus. This escalation is dangerous. They want to intimidate the world in a final way, but this method does not work. As-Suwayda governorate is always fearless. When ISIS mercenaries attacked last time, the people confronted them with their bare chests."

A great discussion about the option of self-management

Regarding the course of events in As-Suwayda, Azzam said: "The situation in As-Suwayda is unknown. The movements express the mood of the people, so after the killing, ideas may be different from before."

He added, "The Autonomous Administration has become a focus of discussion for many of the people and youth of As-Suwayda, and there are parties and personalities who have become truly believers in the Autonomous Administration for salvation, because the Damascus government no longer has any presence in As-Suwayda. The security services have collapsed, and are either linked with the Russian or Iranian forces."