About 50 personalities represent religions in NE Syria, in addition to members of the Democratic Society Movement (TEV-DEM), the Council of Martyrs' Families, the Union of Free Media, political parties, and civil institutions attend the dialogue seminar, which is being held in the meantime, in Zana Hall, Qamishlo. 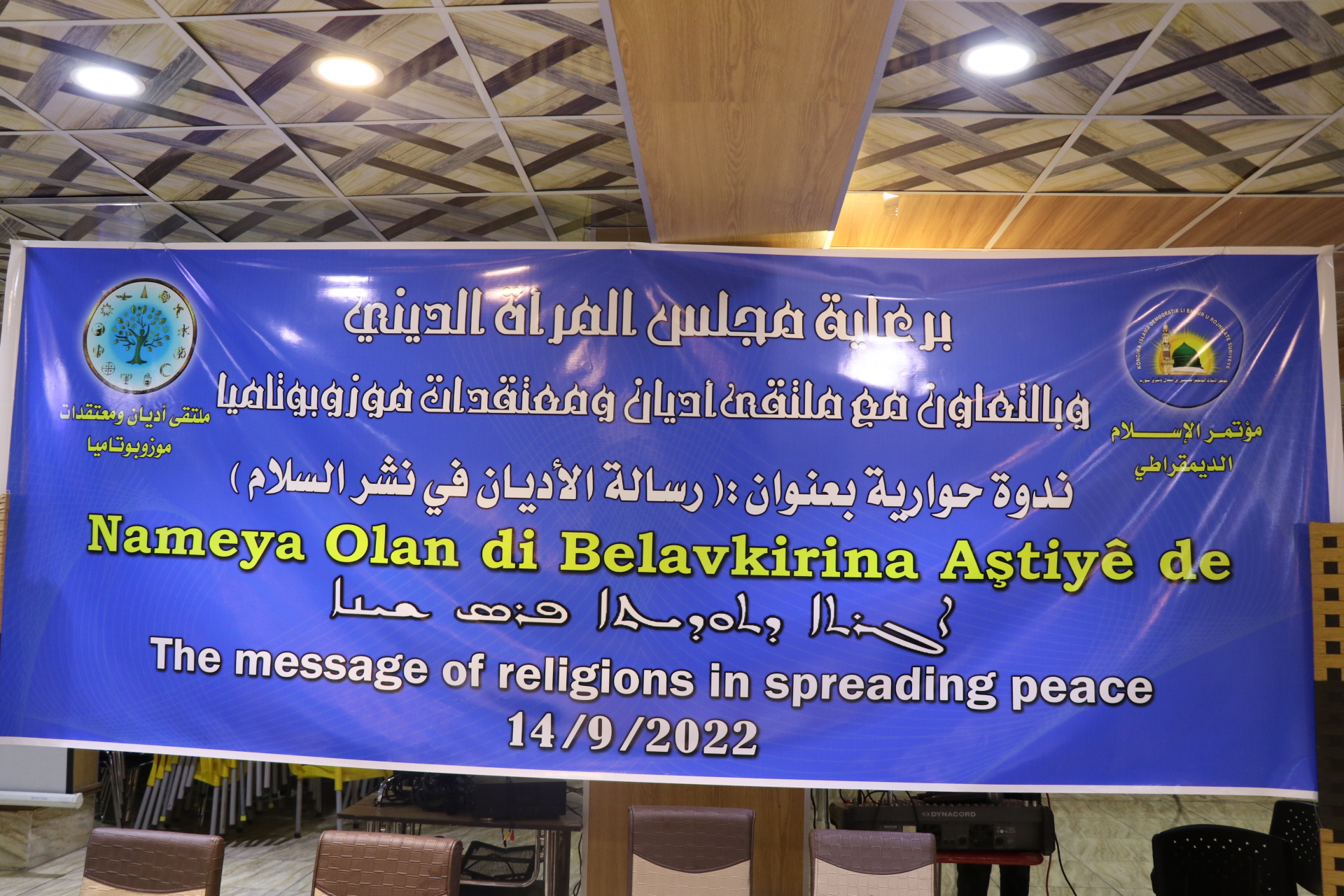 Dialogue symposium's focal points are view of religions in spreading peace and what is required to achieve this, the role of educational institutions and the family in building the child's personality and the ability to dialogue.

It is expected that the symposium will produce several outputs at its conclusion.

JIN News agency revealed the toll of murders and violence against women in Turkey, as it rep...

The Turkish authorities arrested 8 other activists in the Free Women's Movement, the activis...

The head of the Tunisian Association of Democratic Women, Nayla Zaghlami, explained that rai...