Afrin’s population was around half a million, as the battles intensified in Halab city, around 400 thousand of Afrin people residing in Halab returned to it. On the other hand, battles intensifying in all the Syrian cities and governates, Afrin population doubled as the displaced flowed to it from the Syrian internal. All this made up a mosaic sample of one million and 200 thousand where all Syrian strata and components coexist within the safest and most stable region.

Afrin canton is distinguished by its gorgeous nature and its unique and diverse geography which range from the mountainous to plain nature, which granted it richness in the underground and surface resources and is considered an agricultural region, as well as the historical status of the succession of successive civilizations that left traces of authenticity, it is also an incubator of different ethnicities, beliefs and doctrines, between Arabs, Kurds, Muslims, Yazidis, Zoroastrians, Sunnis and Alawites, making it a unique and miniature model for coexistence among peoples.

Due to its agricultural nature, most of the industries in Afrin are agricultural like olive oil, soap, pyrene factories as well as grape and pomegranates molasses except for a number of industries, such as sewing and other handicrafts. Many of the relatively modern industries such as the canned food industry, textile along with a large number of sewing workshops, mills and battery manufacturing plants.

In Afrin canton witnessed security and stability, where the principles and values of the democratic nation were consolidated with the revolution of Rojava, and life became common to all sides the people organized themselves on the basis of communal life and the revolutionary people to protect themselves until they became the safe haven for all people, all elements of the people’s management were being formed at all organizational, service, economic, social or military levels.

In light of the current war in Syria in general and the siege imposed on Afrin, Afrin opened its doors to thousands of displaced people from various areas of Syria, sharing with them the possibilities they possess after they have noticed the availability of security and safety in addition to what was provided by Autonomous Administration for them in a society dominated by people’s fraternity and the other regions of Syria, which turned into hotbeds of sectarian wars, and in turn Autonomous Administration undertook its duty to meet their needs, on the contrary to the practice of human traffickers, led by Turkey to trade the lives of displaced persons and use them in political bets with Europe.

More than 300,000 have been settled from inside and outside Syria

With the intensification of the conflict in the Syrian regions, Afrin province witnessed a great wave of displacement in the beginning of the Syrian crisis. The families of most of the villages and neighborhoods of Western Aleppo, Kafrnaha, al-Raqqa, al-Tabqa, al-Bab, Azaz, Deir ez-Zor, Hama and some families from Palestine to Iraq.

In 2014, the Democratic Autonomous Administration opened a camp in the name of Robar in the village of Basla in Sherawa district. It began receiving displaced families until its latest statistics, according to the Social Affairs and Labor Authority, reached more than 250 families and nearly 3,000 displaced people.

Many services project by autonomous potential

The Social Affairs and Labor Authority, through Displaced Persons Management Committee belonging to Democratic Autonomous Administration oversaw all aspects of these families in the camps of al-Shahba and Robar, including tents, water, electricity, medical point and the opening of their schools with their motherly education and the appointment of their teachers in coordination with the Committee of Education of the democratic community in addition to the distribution of relief materials in a periodic and orderly manner, which included the elements of life according to its own potential.

In addition, employment opportunities were being secured by DAA according to the profession of every displaced person from workshops, construction workers, opening shops in the city of Afrin and other areas until the displaced, as if they were residents of the area and did not feel alienated or moved away from their homes.

The appeals of refugees were not responded to

Afrin, which embraced all the displaced people from all Syrian cities and abroad. Despite the repeated appeal of the displaced to humanitarian and relief organizations to send the necessary assistance to them, especially as their numbers increased one day after another and the cold winter solutions and their loss of heating means and summer heat over them for years.

International agreements and the Turkish attack

After several threats made by Turkish President Recep Tayyip Erdogan in front of the eyes of the whole world, the Turkish occupation army and its terrorist mercenaries on January 20, 2018, launched the heaviest attack by dozens of warplanes on the region and lasted for two months, continuing day and night.

Since the beginning of Rojava revolution, the Turkish occupation army and its terrorist mercenaries from time to time bombed the border villages in Afrin canton, the displaced camps had the share of these attacks, where the refugees were targeted several times on the one hand.

As the Turkish aggression launched a fierce attack on the entire Afrin district with an international plot under the name of "Olive Branch", during which they targeted Robar camp in al-Shahba district in the first two days, resulting in the injury of a number of displaced children. Causing chaos and fear among the refugees and forcing them to displace to the villages of Sherawa district to take shelter from barbaric shelling.

In this context, the administrator in the Social Affairs and Labor Body Arifa Baker told us that the Democratic Autonomous Administration provided all its resources and services in all respects to these displaced persons. She confirmed that most of the displaced were Arab citizens and flocked to Afrin rejecting the practices and violations of the mercenary gangs supported by Turkish occupation.

For his part, Mohammed Ahmed Hamada from the people of western Aleppo, and eyewitness to the bombing and displacement several times from their land. He witnessed the impact of attacks of the Turkish occupation army, where in Afrin city they enjoyed safety and stability, and more than five years had passed since their stay in the region and they had become with Afrin people as one family.

For his part, Kamel Sardah, who has been living for a year and a half in al-Shahba camp, thanked DAA for what it offers to the present day to the displaced Syrians from most areas to Afrin, they stressed that they are resisting alongside their Afrin people until they return to the liberated lands of Afrin and that they do not accept the Turkish presence on their lands.

These families being eyewitness the practices and violations of the Turkish occupation army and mercenary terrorists in their areas, they refused to be in the area of control of the Turkish occupation and went out with the people from their camps and currently live in al-Shahba camp in the area of Sherawa and Autonomous Administration continues to provide assistance to them. 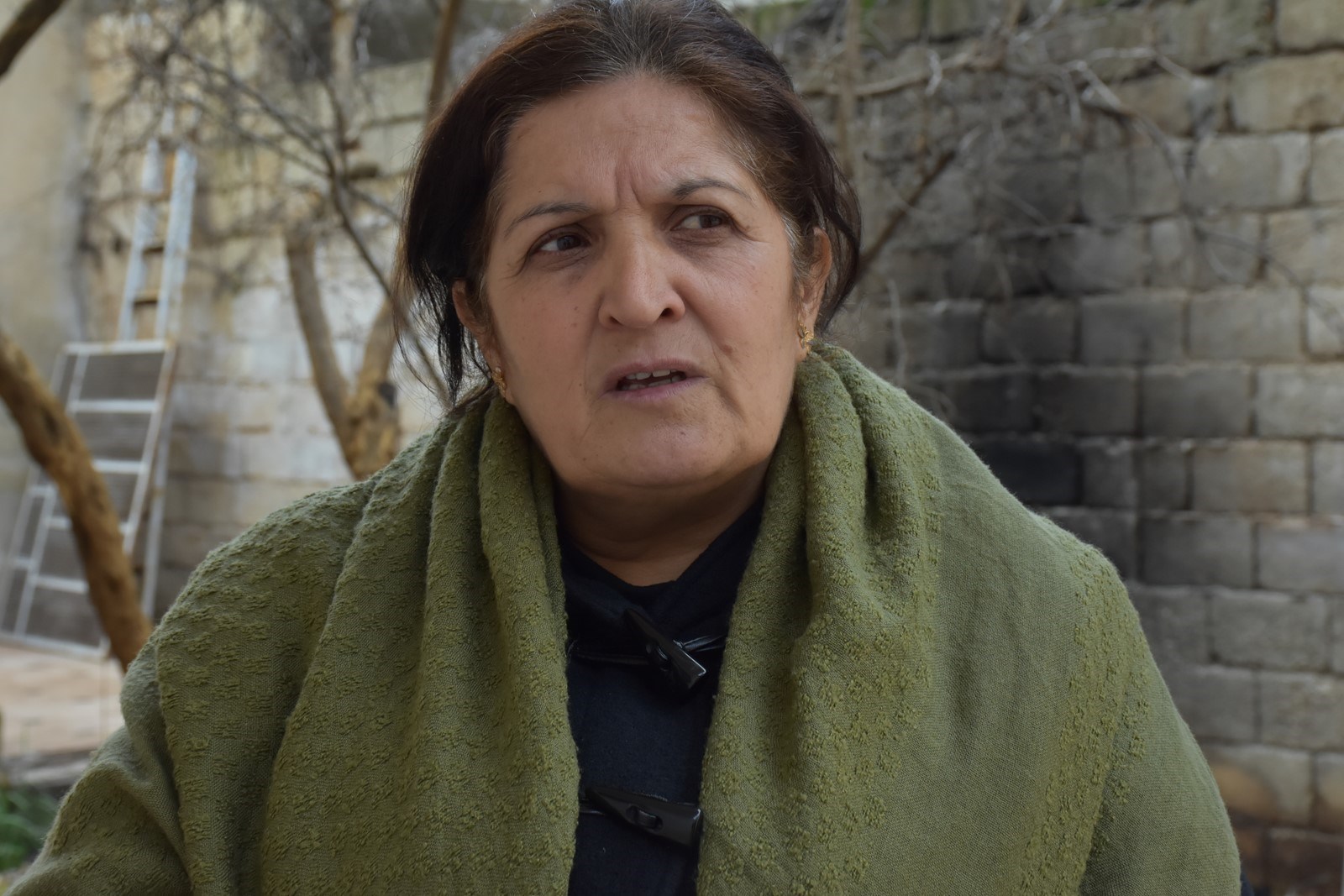 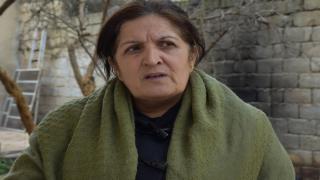 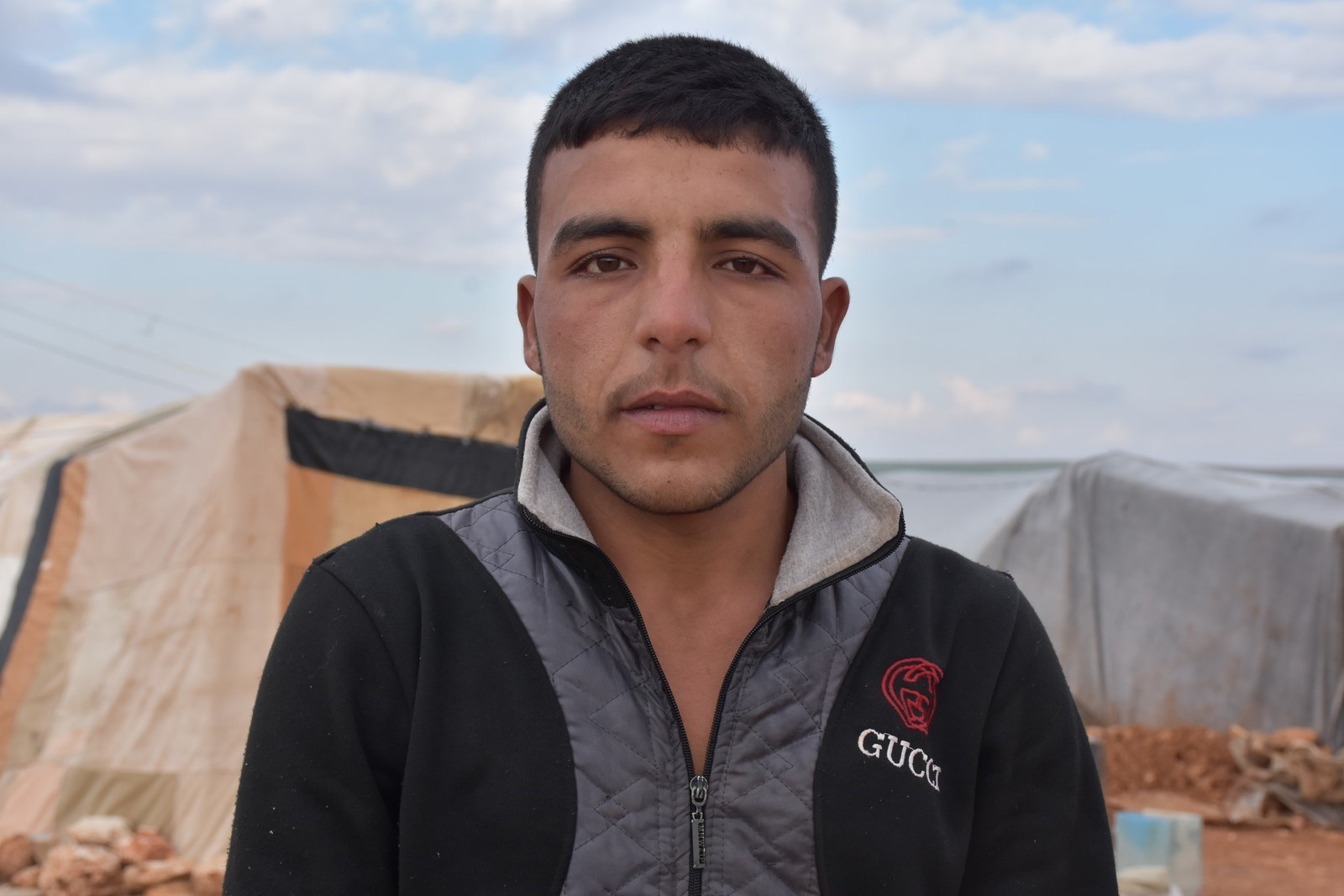 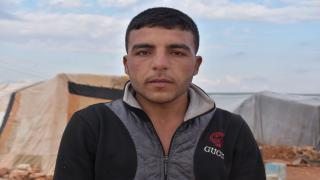 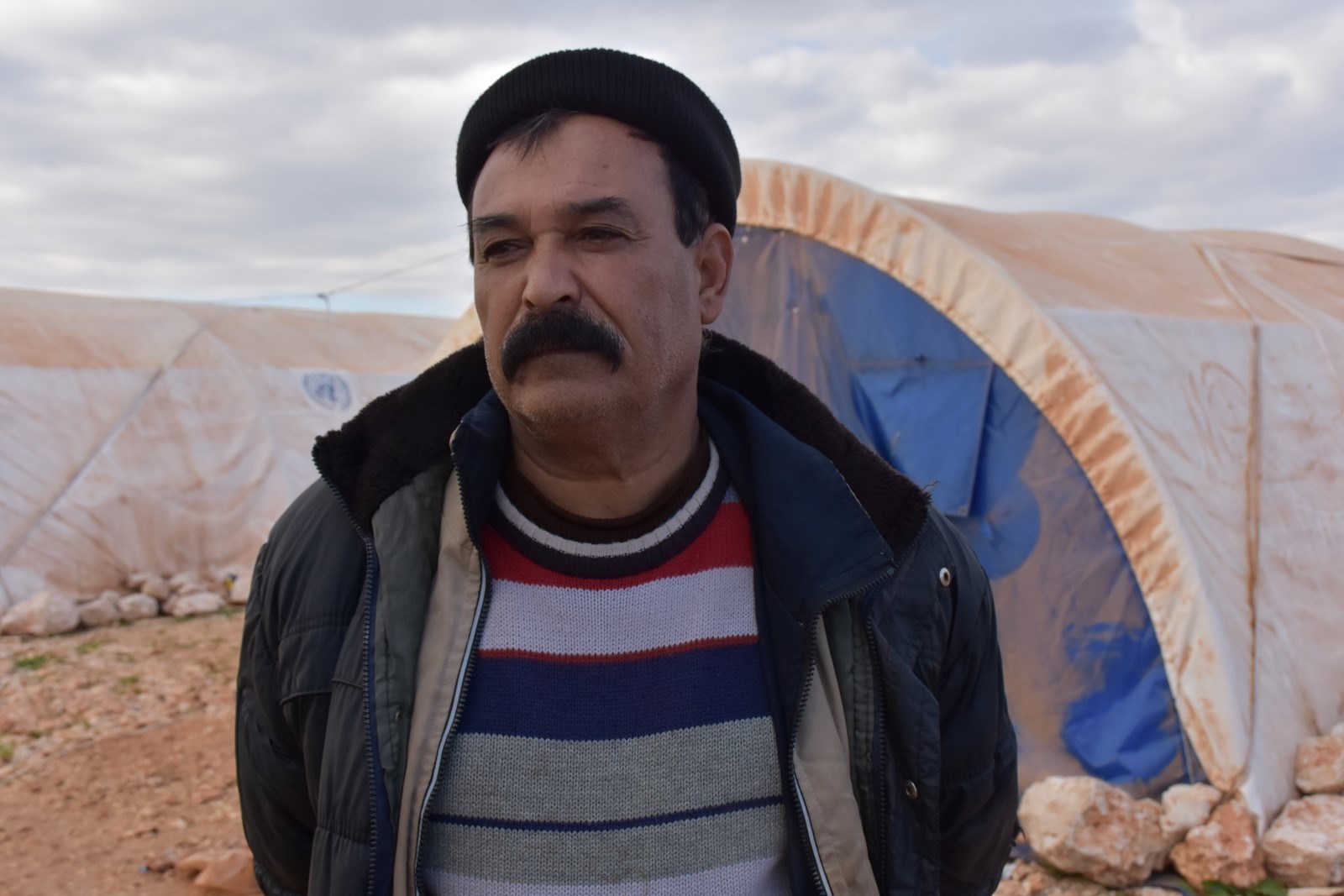 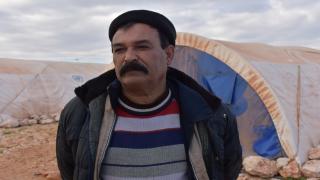 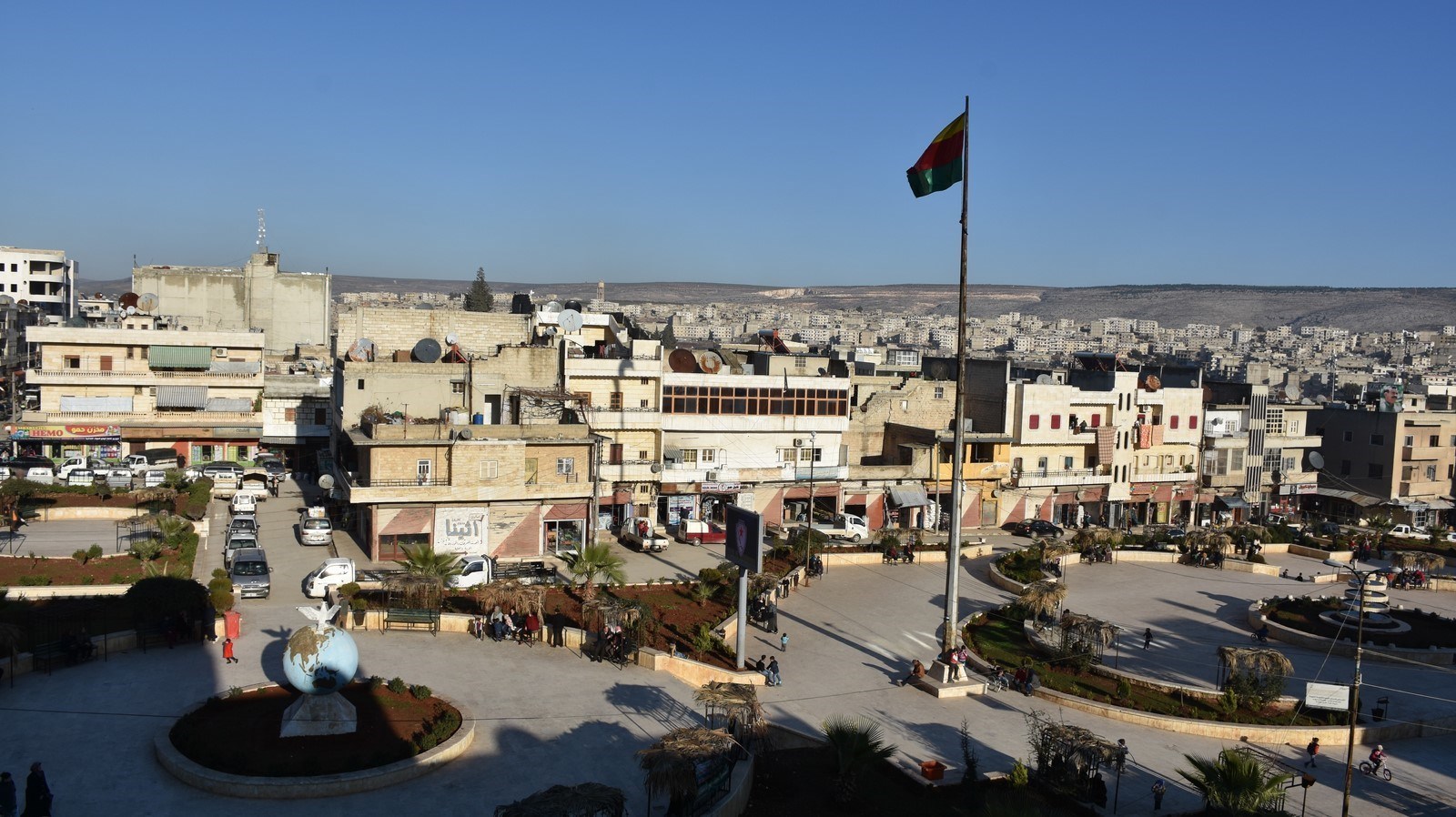 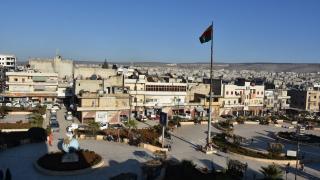 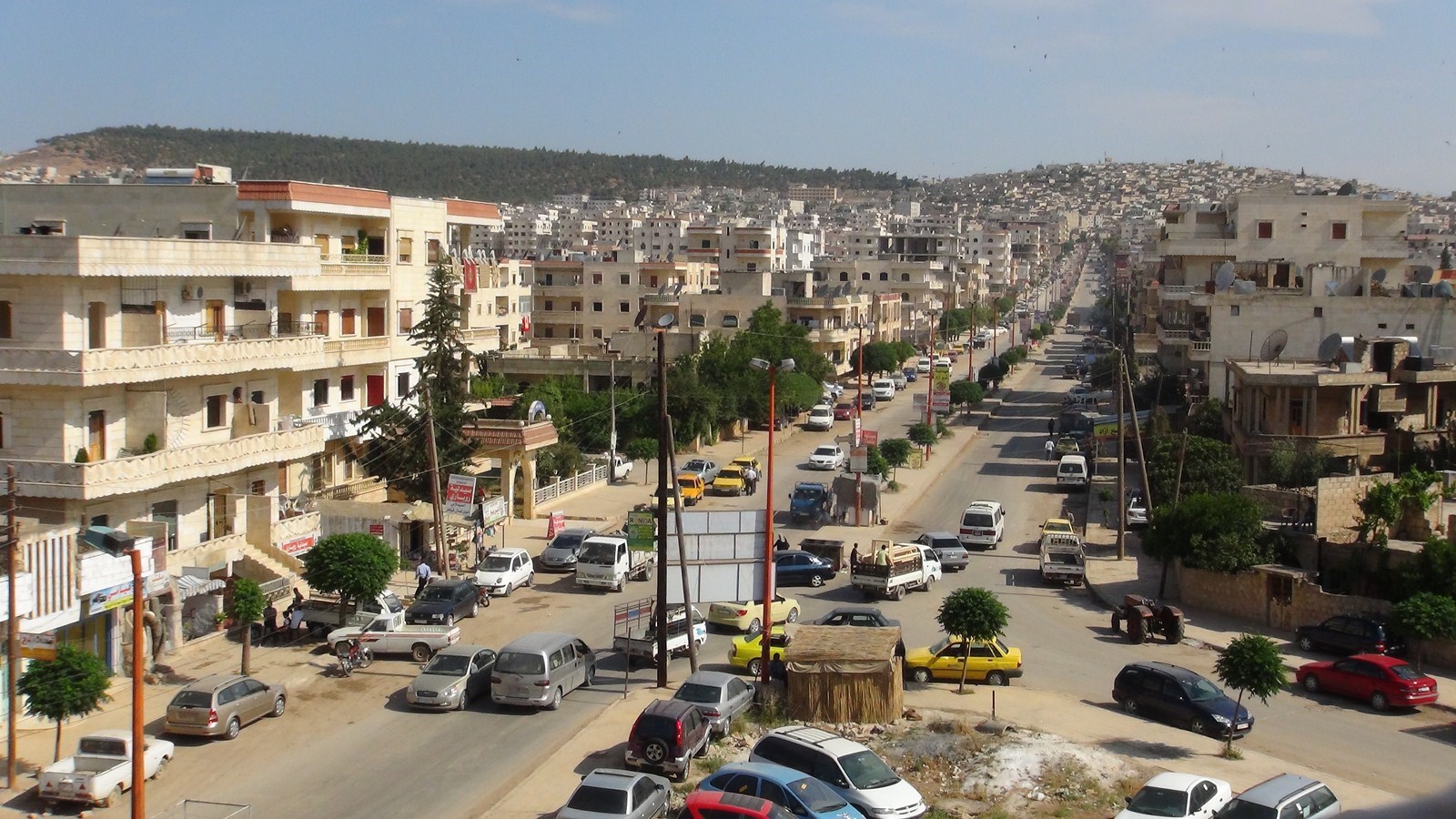 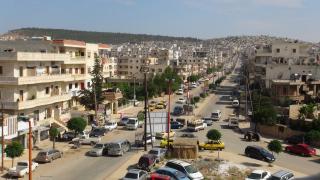 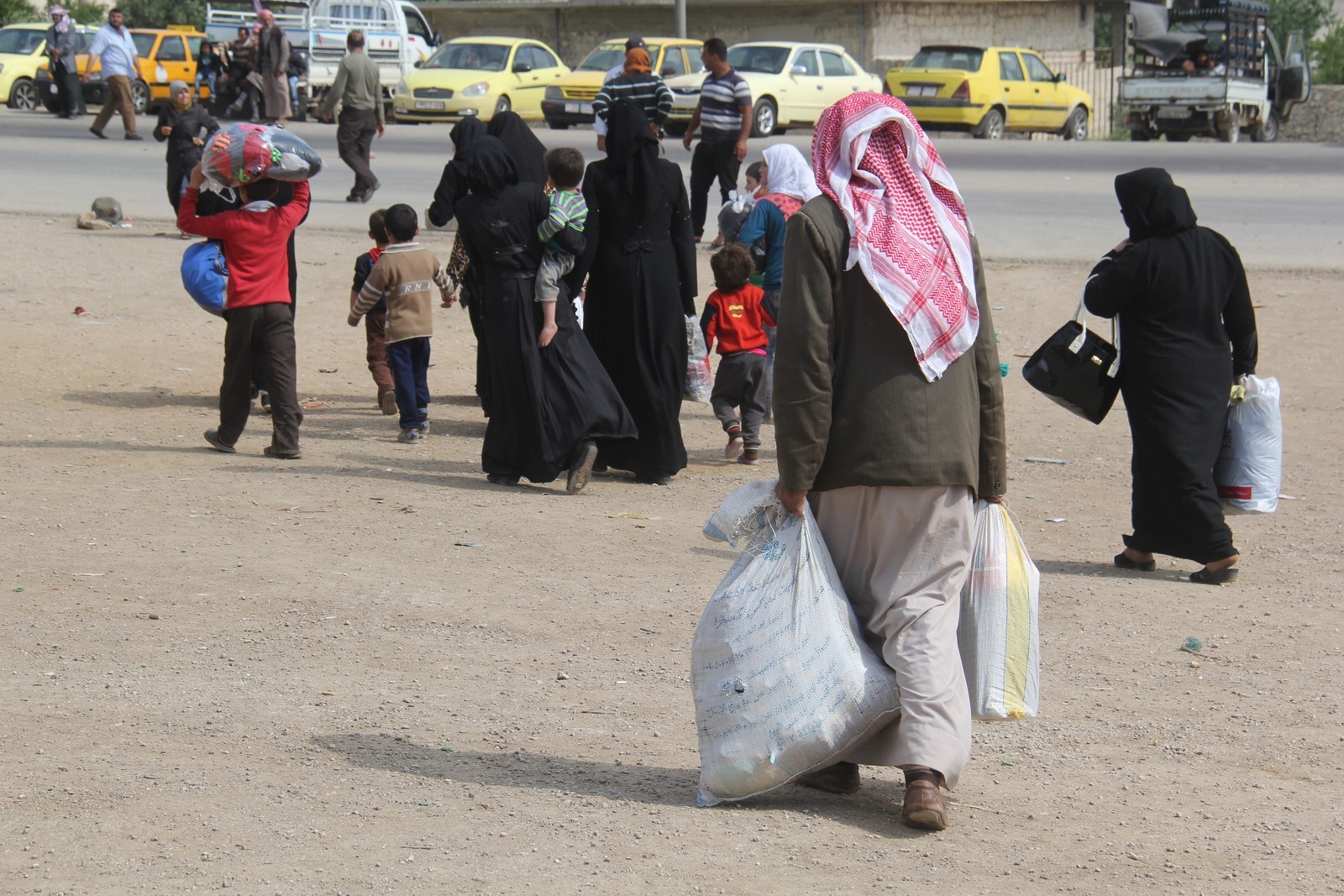 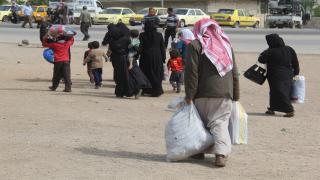 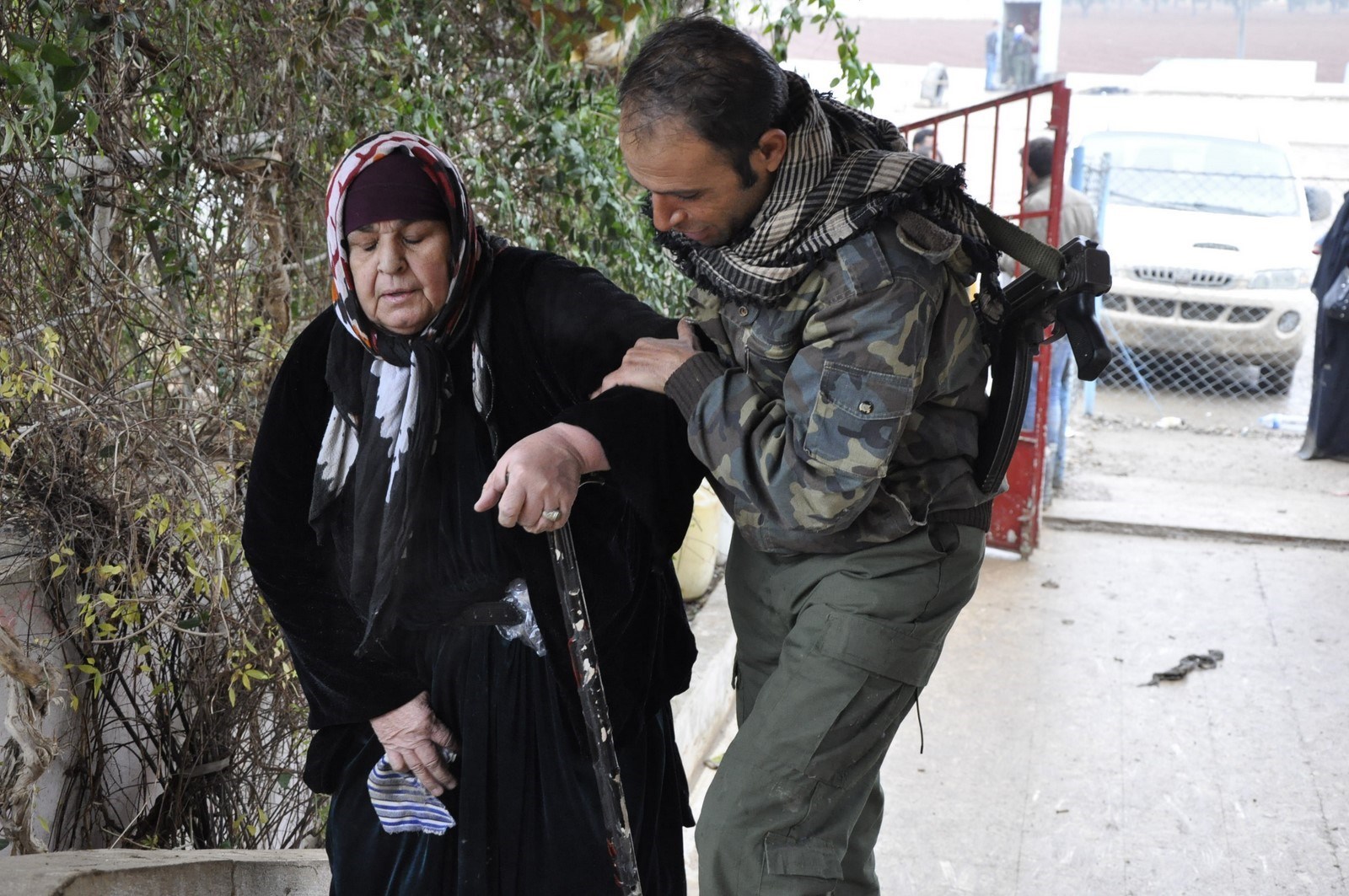 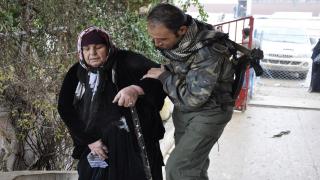 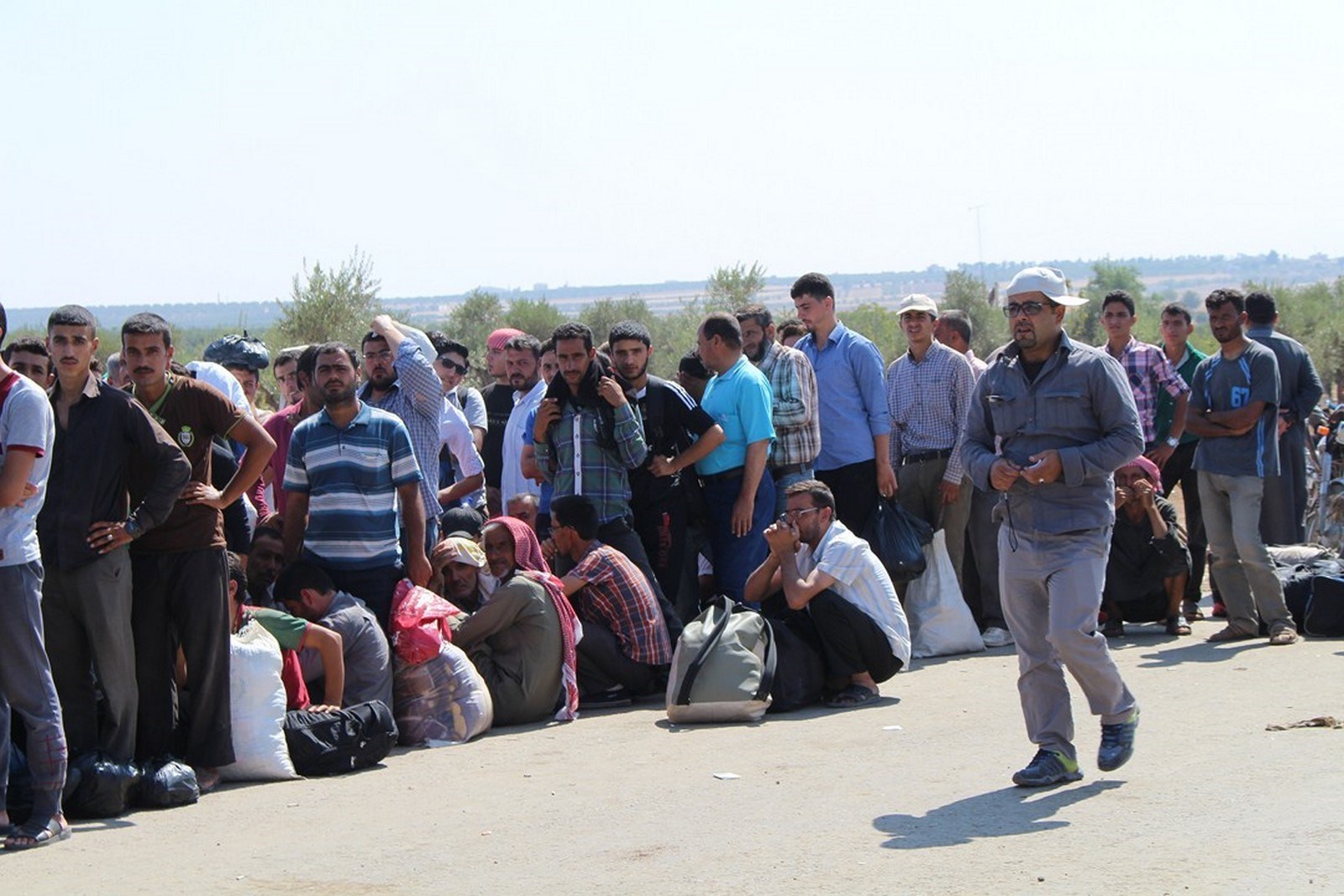 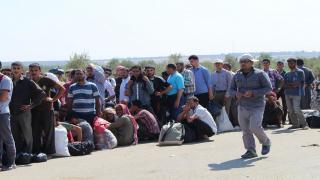 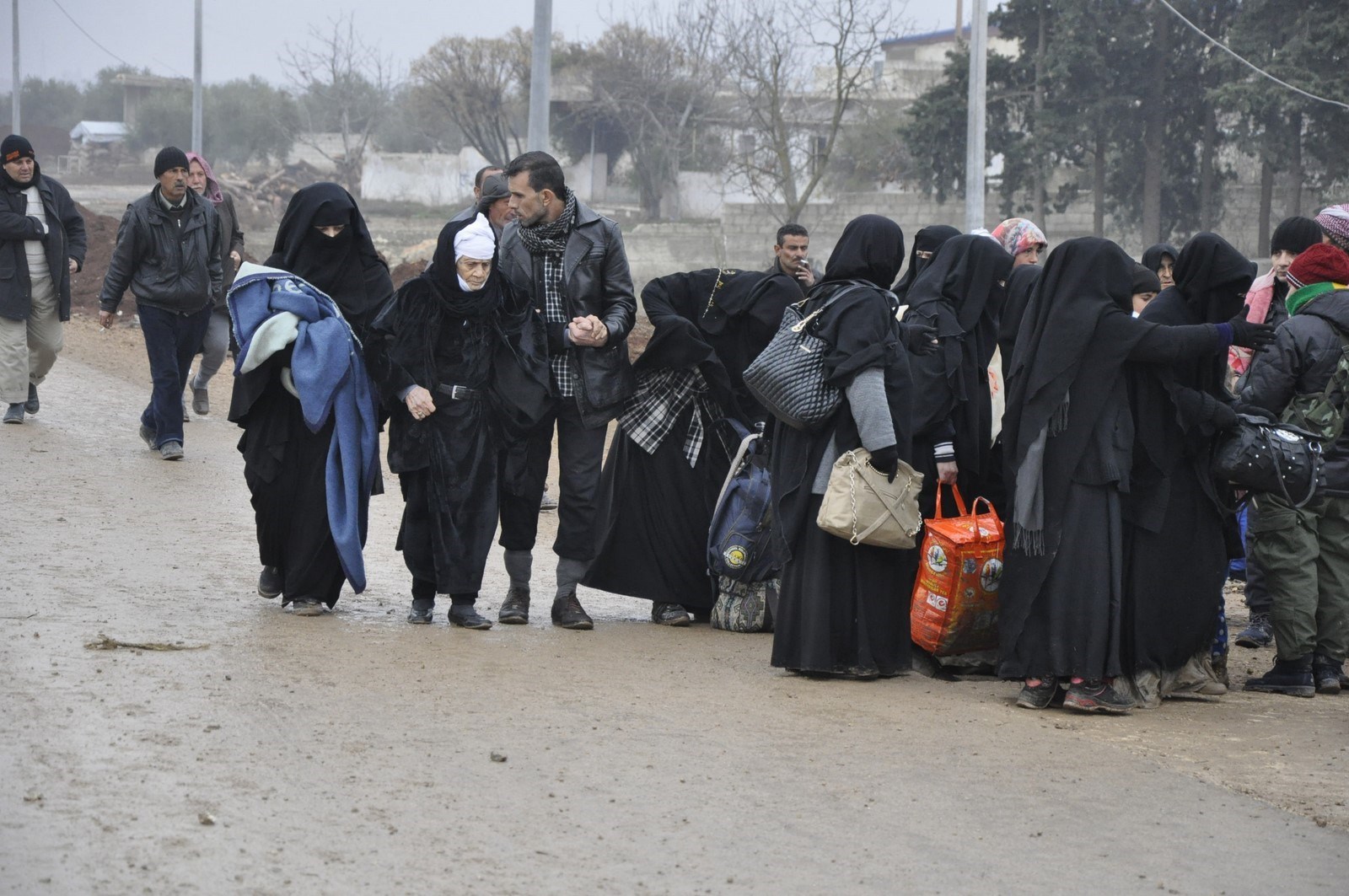 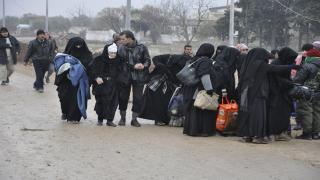 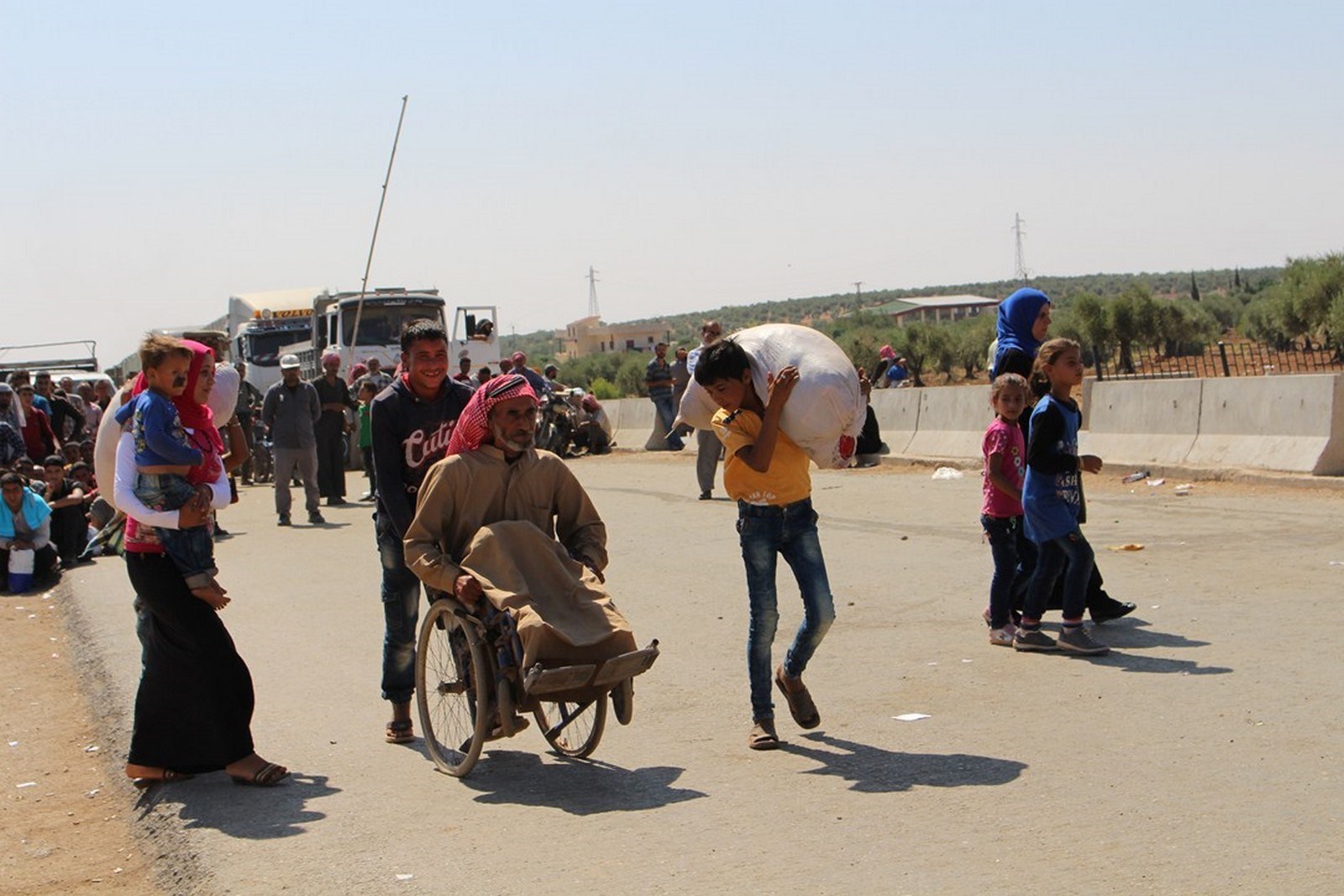 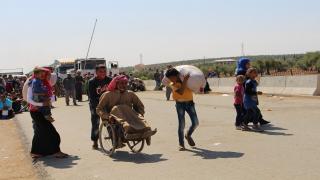