In conjunction with the third anniversary of the start of the Turkish occupation army’s attacks on Afrin canton, yesterday, an exhibition of plastic arts opened in al-Shahba canton, under the slogan “Afrin Calls Us”, by 44 artists from Afrin, who presented 102 paintings and 10 sculptural works. 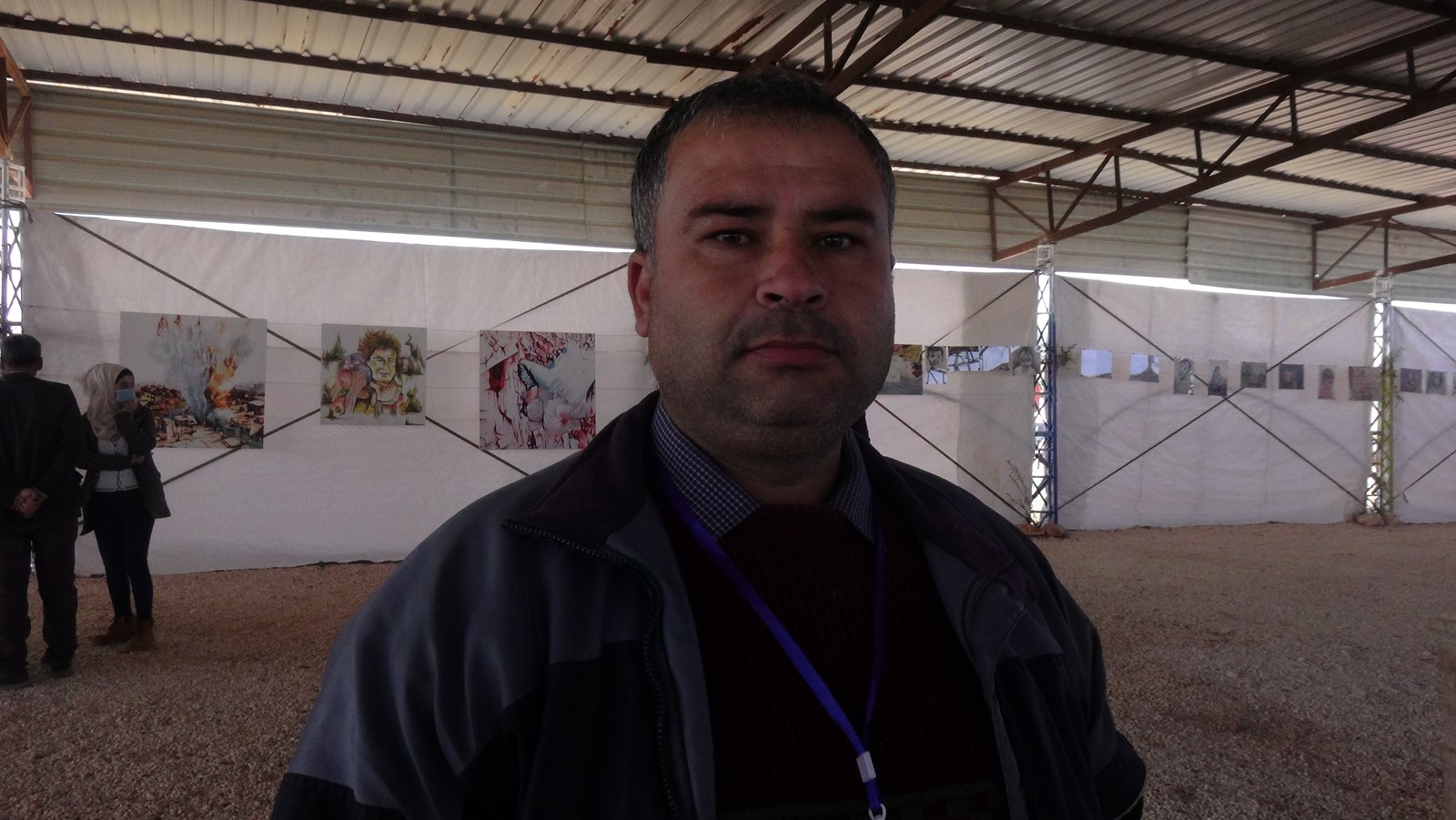 ANHA's correspondent monitored the views of a number of sculptors participating in the exhibition, so the sculptor Mustafa Hanan said, “We have expressed our pain through carving on stone, so that the world sees that despite its hardness, we can sculpt our suffering on it. We have carved a holistic, because it symbolizes my sculpture embodies all parts of Syria through the carving of the mother who symbolizes the homeland, and a wolf devours her. The wolf symbolizes the brutal occupation, yet the mother resists it, tries to survive and watches her helpless son, amputated legs, but he is still trying to reach his mother.

Mustafa added, "My sculptures included the city of Afrin in particular, and its resistance fighters in al-Shahba canton within the camps and the difficult conditions they suffer in order to return to their land." 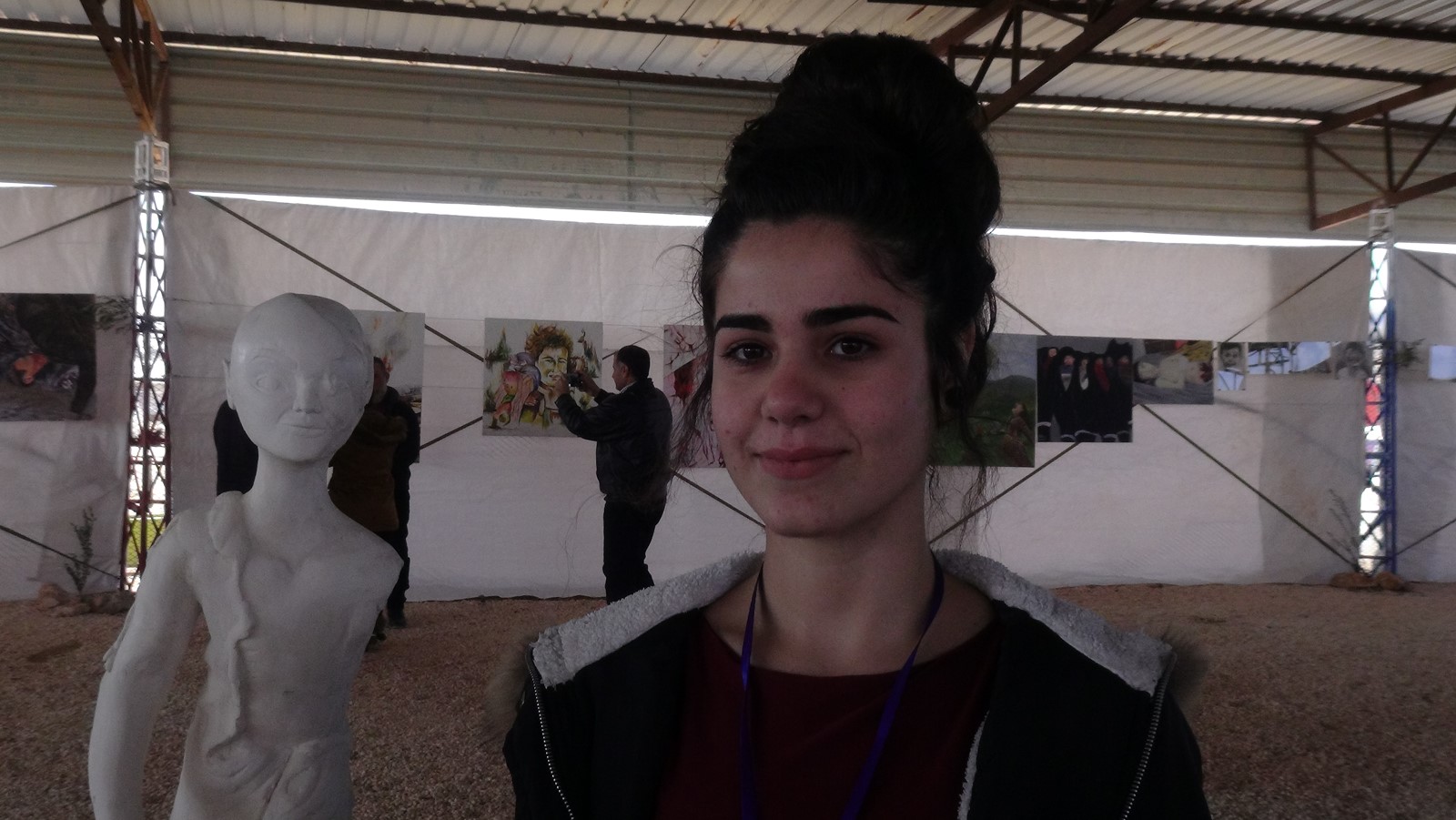 As for the sculptor Fatima Muhammad, she said: “It is a nice feeling to reflect your inner feelings in front of the eyes of the world and bring out the suffering of all the people. As we know for nearly ten years, Syria has been suffering from wars and crises, including the Tal Rifaat massacre in which eight children were martyred, so that feeling is very painful, and my sculpture embodies The Syrian suffering and the resistance that took place during the past 10 years. 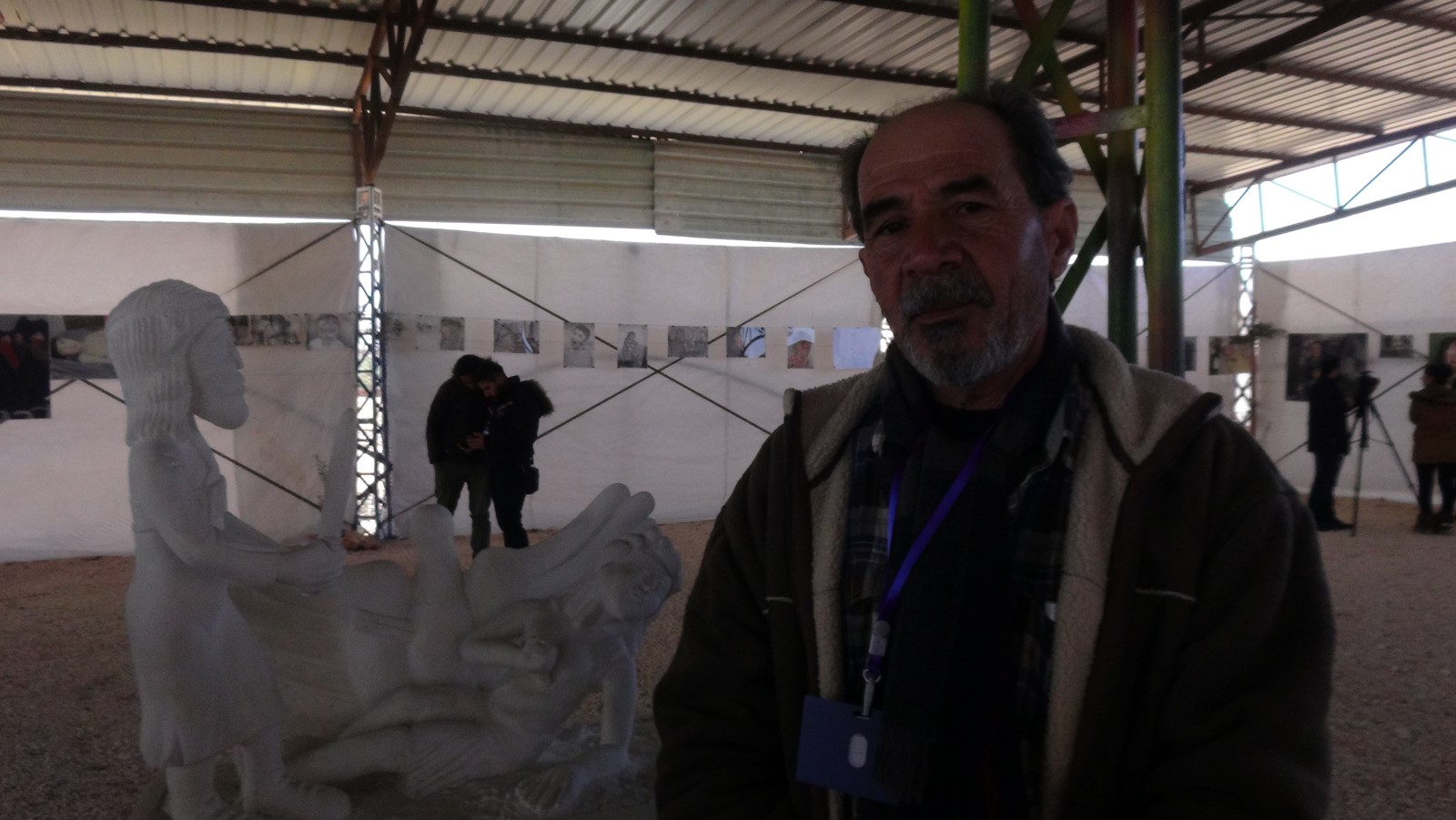 The sculptor Zakaria Othman said: "Under the slogan (Afrin Calls Us), I embodied in my painting the status quo in Syria with all its components including Arabs, Kurds, Turkmen, Circassians, Armenians and all other components." 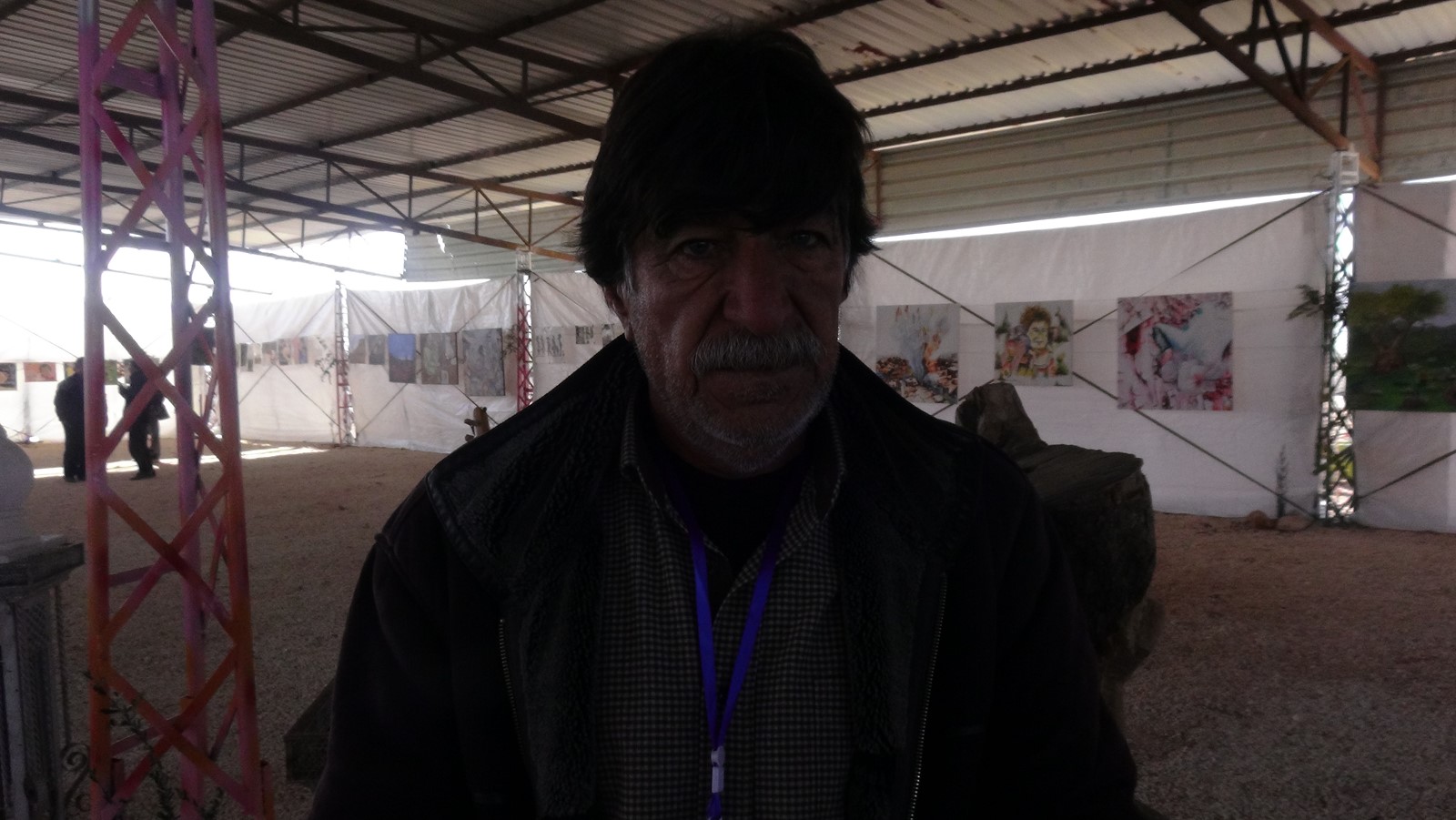 For his part, the sculptor Jiyan Diyar Khalil said: “By carving on wood, I wanted to clarify the suffering of the Afrin people during their migration from Afrin, and their hardship on the road to the Mount Jabal Al-Ahlam, which was a witness to what happened. And each of its strings indicates the people's resistance to building a strong will and returning to Afrin. " 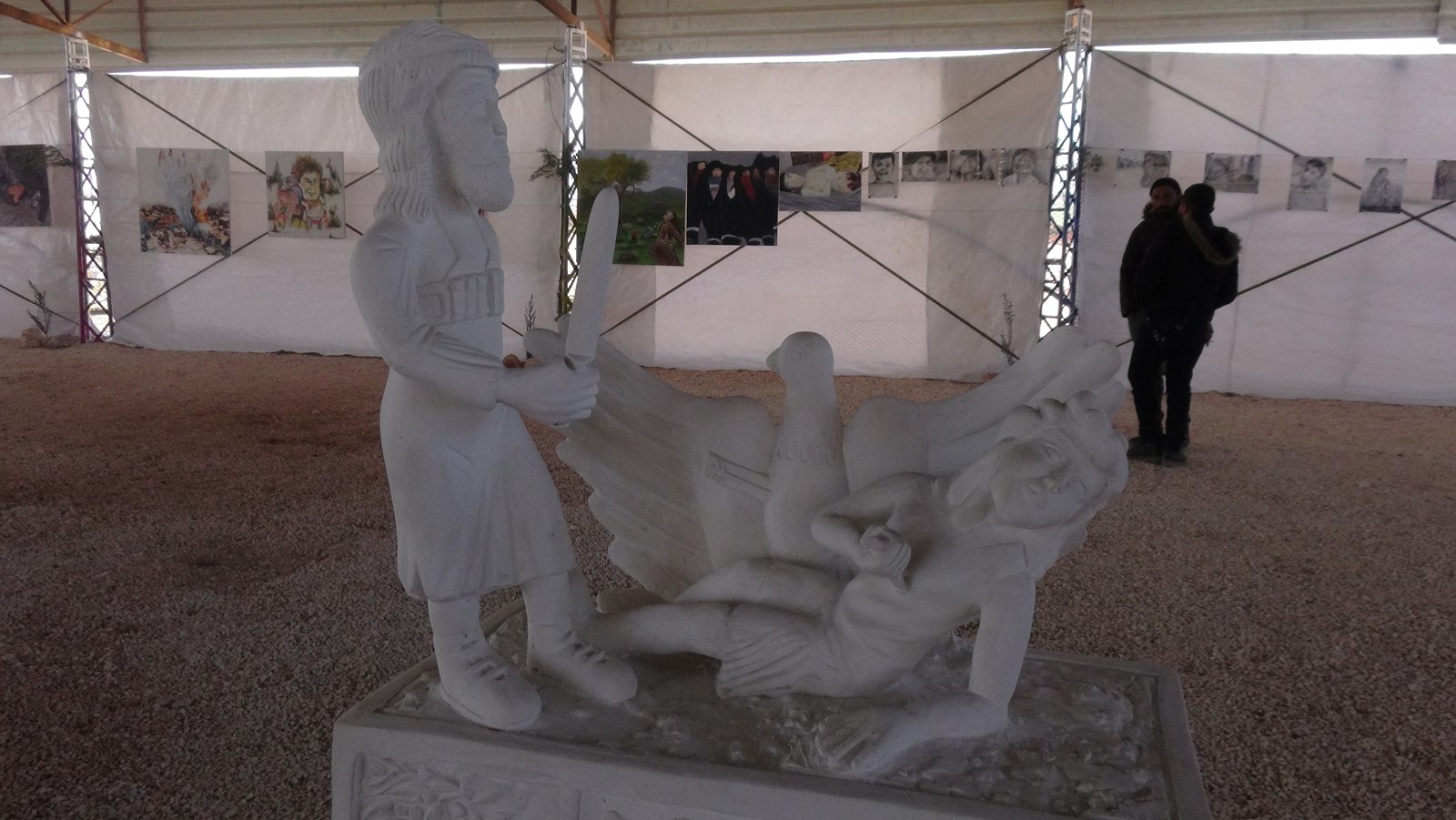 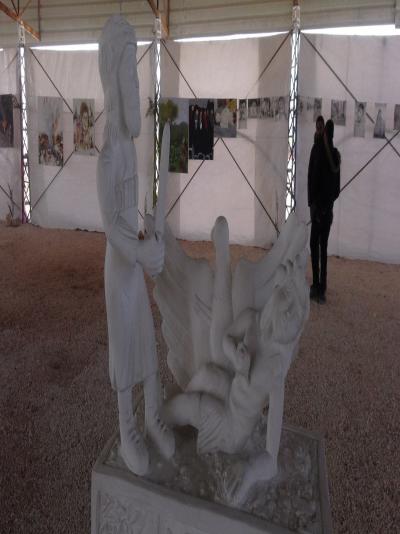 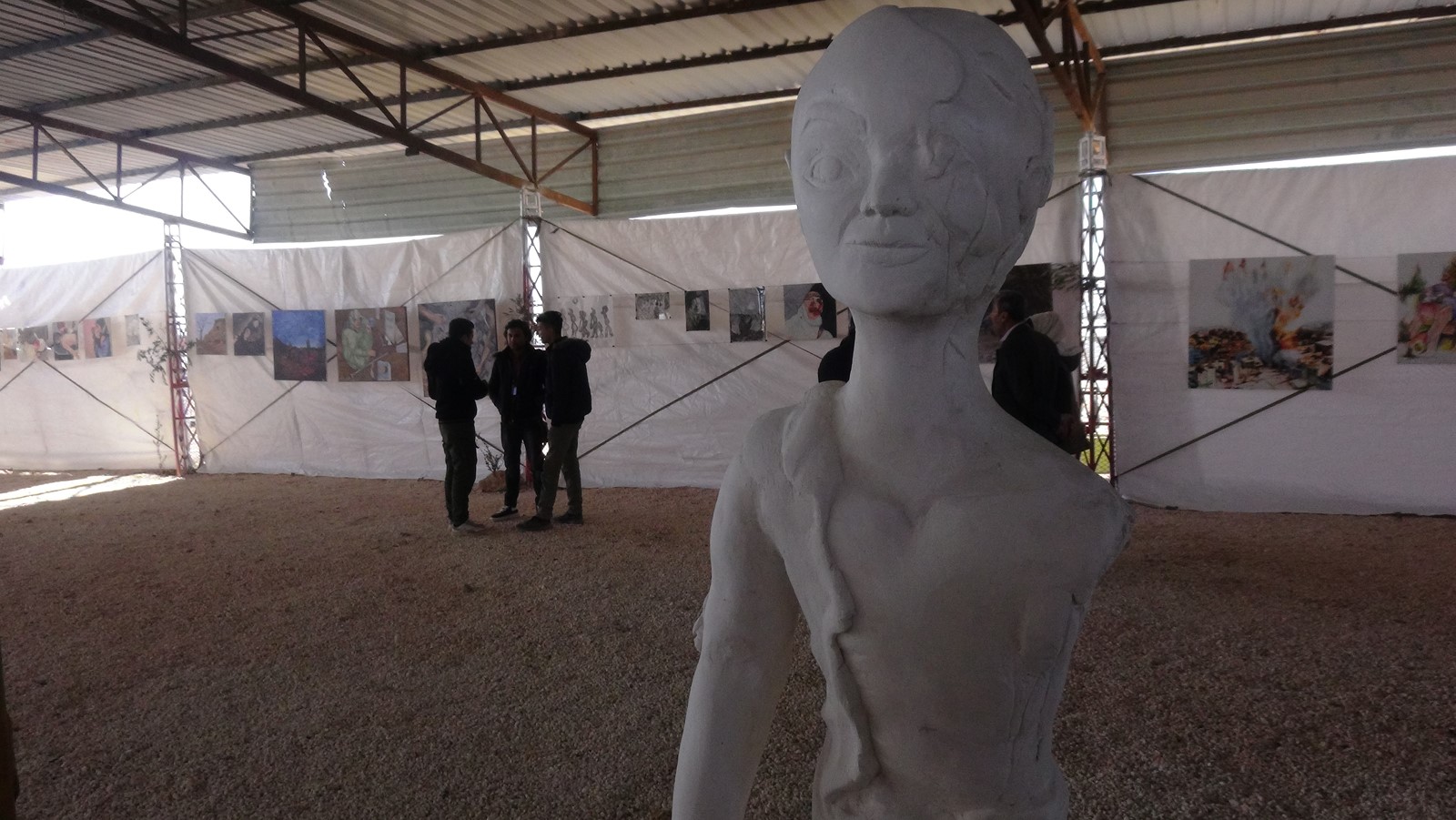 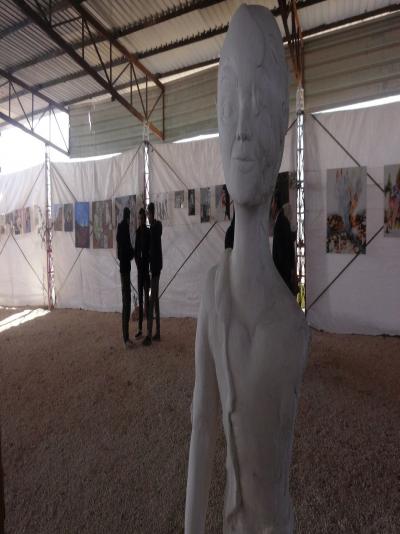 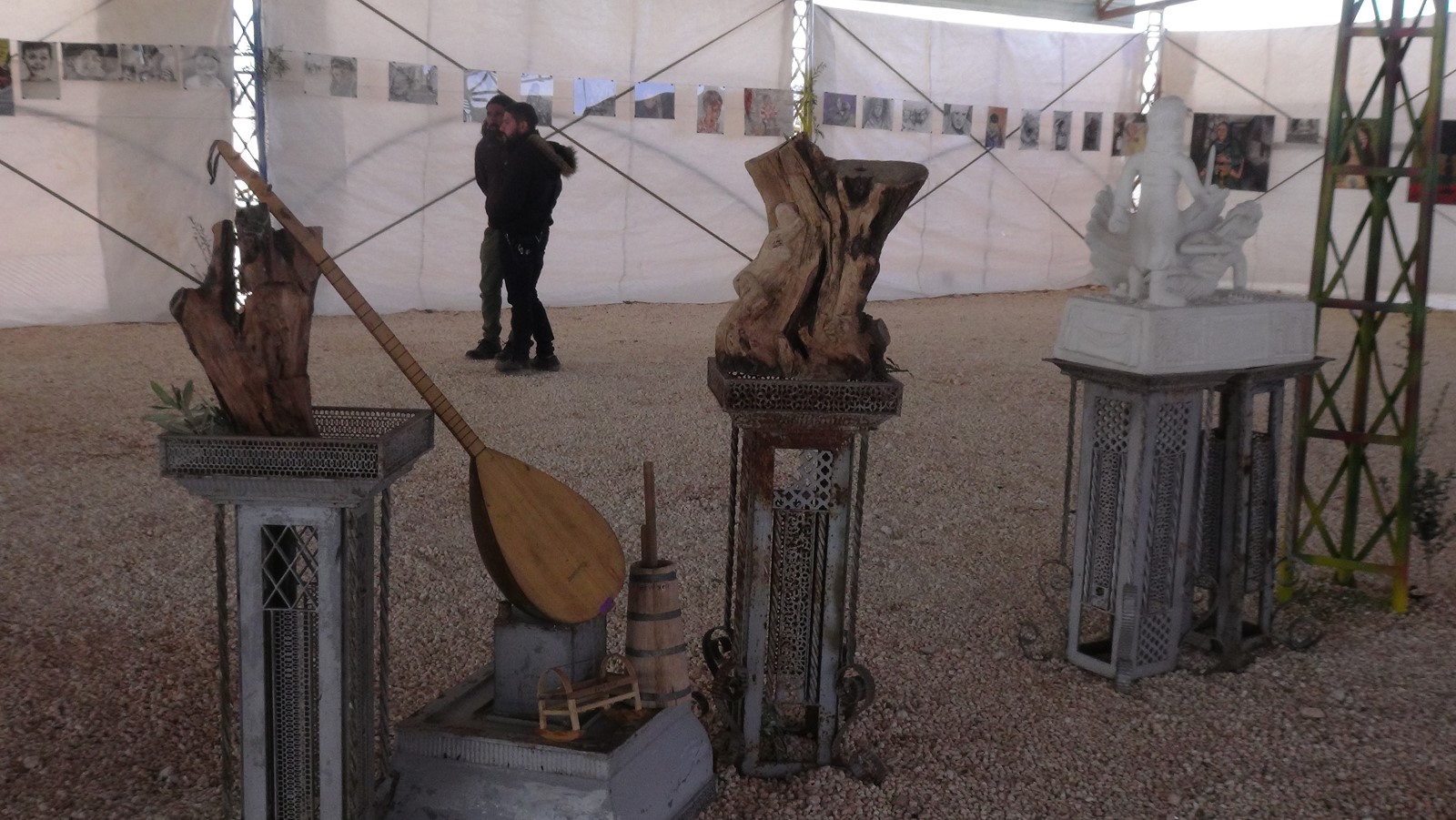 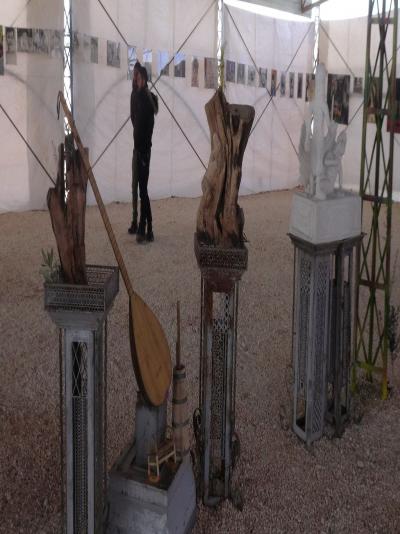 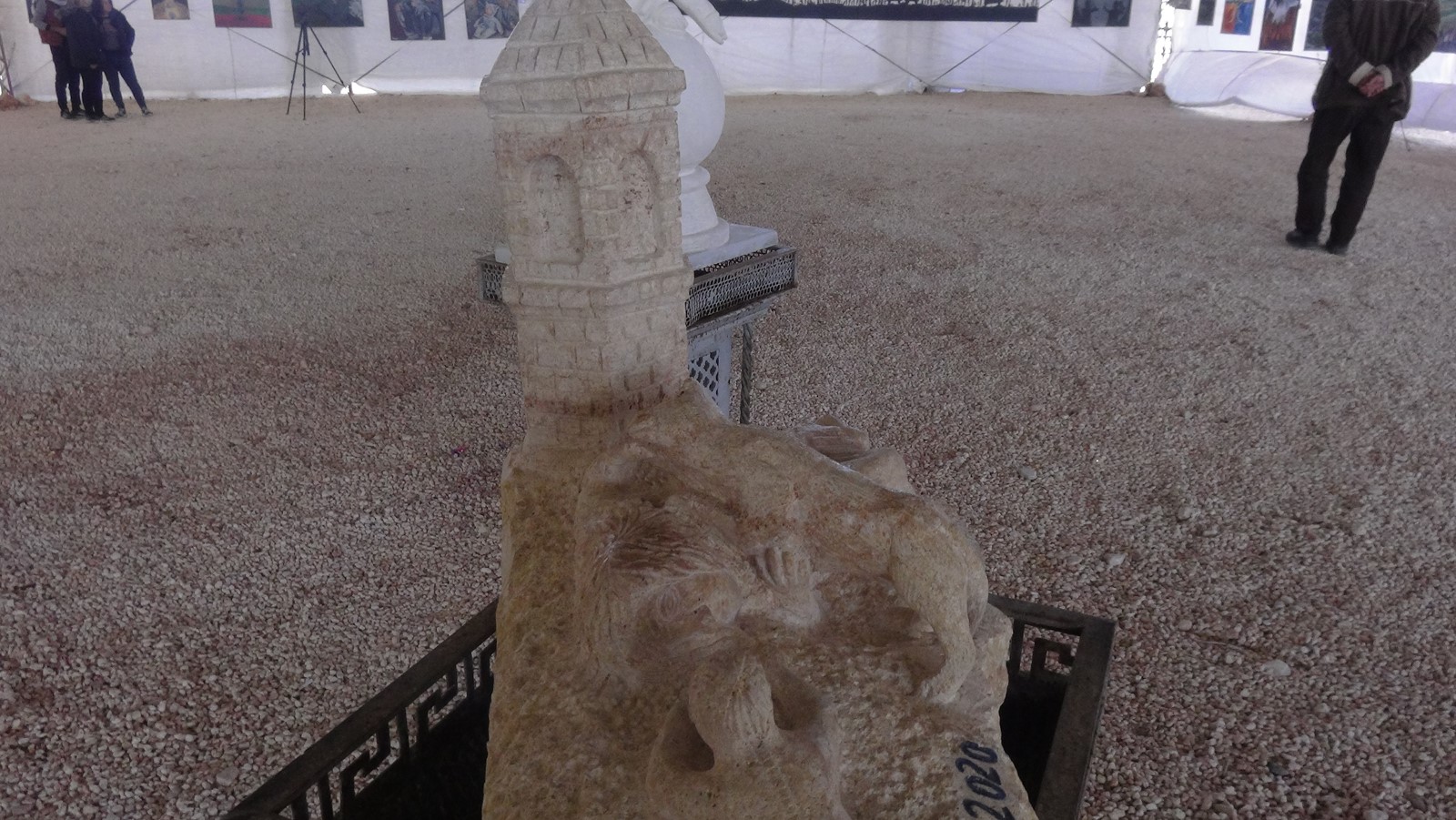 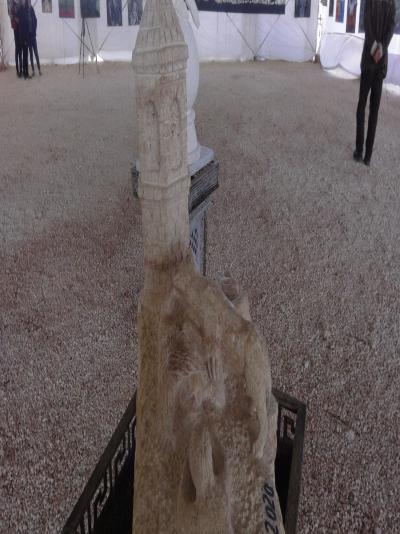 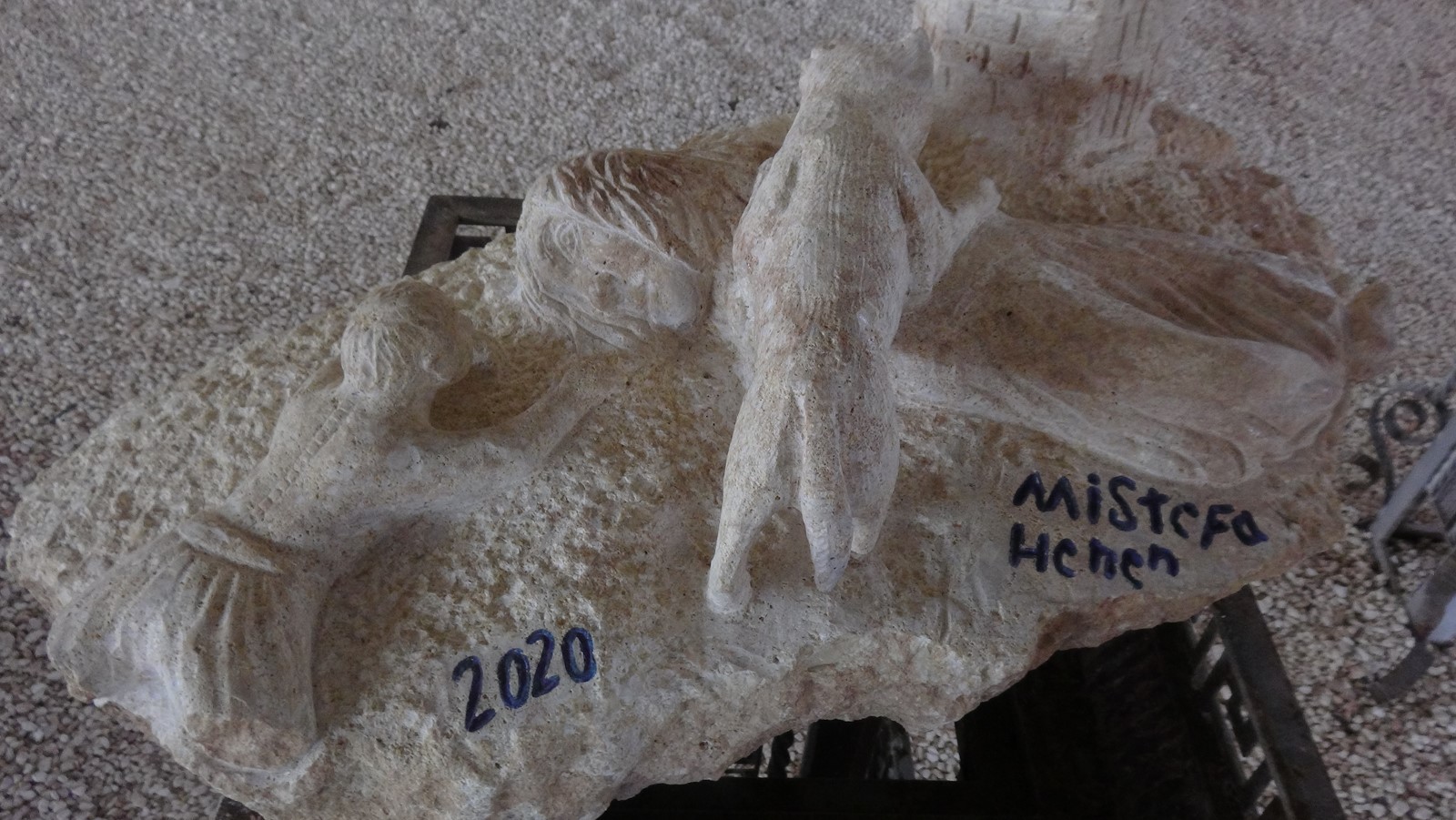 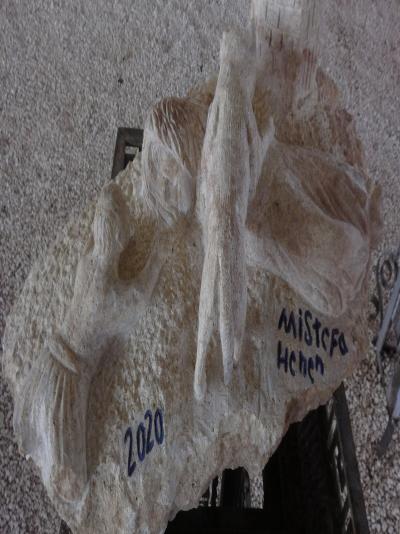