140 years passed on signing the Sykes-Picot Agreement in 1916 in secret during World War I between Britain and France. 17 days after the besieging  6th Ottoman army in the Iraqi Kot Amara and was also accepted by Russia in October of the same year. It divided the Middle East.

The English man Mark Sykes and French diplomat François-Georges Picot outlined the agreement. if all the agreements concluded by the Russian Caesar were not uncovered by the Soviet Government in 1917, the Sykes-Picot Agreement could not have been revealed.

This agreement turned the Middle East into a blood quagmire because it was nothing more than sharing the occupied areas in hotel rooms, as it was the sole motive for the crises in the Middle East and conflict between Sunnis and Shiites, Kurds, Arabs and Turkmens, Islam and Christians.

The political atmosphere of signing the agreement

England took control of the Arabian Peninsula and supported the uprising of Mecca led by Sharif Hussein bin Ali for building an Arab state affiliated with it in Palestine and Iraq, where a treaty was signed between Sharif Hussein and McMahon in Egypt but France pressured Britain to sign a new agreement. 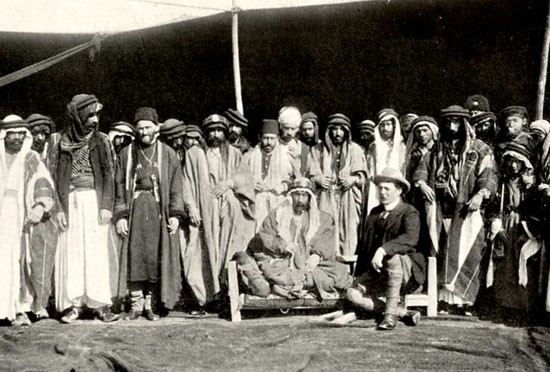 Meetings started in November 1915, between François Georges Pico and Harold Nicholson, before World War I, as François Georges Pico was the political advisor at the French Embassy in Beirut, and  the political adviser at the French Embassy in London in 1915. Harold Nicholson was the  foreign relations adviser of the Britain Empire. The meetings were suspended due to disagreement over the future of Syria. In December, the consultant of the Britain Minister of War, Lord Kitchener appointed the parliamentary Mark Sykes.

In March of the same year, Pico and Sykes submitted their proposal to Russian Foreign Minister Sergei Sazanov, who expressed his approval and requested that Russia's demand control of eastern Anatolia and the Black Sea. The agreement was completed in October of the same year.

The secret scenarios of the agreement

When Sykes and Pico laid out the terms of the agreement, they did not care about religions, culture, or geographical differences in the Middle East. The agreement did not achieve objectives properly as the borders between the regions were not clear and the colonial powers became stronger than the Ottomans, who occupied the greater part of the Middle East and claimed that they would divide the Middle East among themselves to be a safe area.

Uner the agreement, Russia controlled north of Kurdistan, while France controlled the eastern Mediterranean, south of Kurdistan, Mosul, Syria, and the rest of the areas such as Haifa, Akka, Baghdad, and south of Mesopotamia, handed over to England. This agreement ignored the 40 million Kurds rights  in the Middle East

According to the agreement, Arab states will be established in France and England areas mandate and Iskenderun will be transformed into a free port, in addition to establishing an international administration in Palestine.

The journalist and historical researcher Erdoğan Aydan pointed out that Kurds were the most affected by the Sykes-Picot agreement, he noted that there were opponents, though it was written in the history of the Ottomans as well. He said in this context, "In writing the history of the Ottomans, there was opposition under the pretext that it divided the Ottoman territory. Instead of this opposition, they should have opposed the taking away the rights of the peoples who lived in the region.

The Kurds are destined to be divided between four countries Turkey, Syria, Iraq and Iran. Although the political boundaries were not finalized in the Sykes-Picot agreement, these limits were agreed upon under subsequent agreements under which Kurdistan was divided and placed under the yoke of four colonial states.

The Kurdish people that underwent the smelting strategy by colonial powers for decades, lived under these authoritarian regimes as national minorities, despite being subjected to all kinds of extermination, smelting and denial.

The Kurdish people were the overwhelming majority in northern Kurdistan, Turkey during the establishment of the Turkish Republic that pursued a racist policy against the Kurds, based on Turkish racism and Sunni Islam. Therefore every citizen was forced to become a "Turkish Muslim". Turkey was able in several ways to eliminate non-Muslims and non-Turkish, but the presence of the Kurds was the biggest obstacle to the success of these policies. From 1920 to 1938, Bakûr of Kurdistan uprisings caused numerous massacres against Kurds. From the 1960s onwards, a new chapter of the struggle began to recognize the Kurds rights again in modern ways under the leadership of intellectuals. The Kurdish struggle for independence continues to this day.

But the presence of Kurds was denied and they doomed to live without nationality on their land.

Following the Arab Spring, Rojava revolution started as well where Kurds were able to establish Autonomous-Administration enjoyed their rights. This administration that all the sects, religions and ethnics of Syria play role in, but it has not been officially recognized either by Damascus government or the international powers so far.

A powerful country in the Middle East, has a large Kurdish community. Under the Shirin Palace Agreement in 1639 between the Ottoman Empire and the Safavid State of Iran, it annexed part of Kurdistan to Iran.

Today, a large number of Kurds live in eastern Kurdistan. During the Safavid and Imperial phases, the authority was unjust and tyrannical against the Kurds.

During World War II, Soviet Union and Britain were able to briefly occupy Iran where the  Soviet-baked Kurdish Republic of Mahabad led  by Qazi Muhammad. After a year of  announcing this republic the Soviets withdrew from Iran and the Iranian armies attacked this young republic and forced all Kurdish tribal leaders involved in its establishment to bow to shah and Mohammad was arrested. With his subsequent execution, the first Kurdish republic established in history ended and a new phase of injustice and denial was practiced on Rojhilat Kurds.

In the west of the country, a few Sunni Arabs live, divided into three tribes, Al-Delm live in Jordan and Syria, while Al-Shammar tribe spread throughout the Arab world and widely along Al-Hijaz, Jordan and Syria lines. The third one is Al-Obeid, which was in a state of historical hostility and war with Al-Jabour and Turkmen tribes.

The Kurds in Iraq struggled after World War I to recognize their existence and rights, but because the British opposed this demand, the Kurds did not succeed. Despite some promises to establish their rights in Iraq's constitution, they were not fulfilled and their suffering continued until the formal establishment of the Kurdistan Region.

It was the first time that the Kurds in Başûr of Kurdistan had gained autonomy, and the KRG recently held an independence referendum, but failed.

Kurds were not involved in the solution

At a time when everything is going slowly in Syria and all parties are taking place, the imperialist powers did not  involve the Kurds in the solution  to maintain the status quo and the Sykes-Picot Agreement, but the Kurds are no longer the same as 100 years ago.

"There are big differences concerning the Kurdish situation. Kurdish tribes had infightings  and cooperated with different forces against each other. Today, Kurdish issue is discussed in the global decision-making centers" said historian Erdoğan Aydin.

"Today,  major powers, do not want to involve the Kurds in the Syrian solution and there are forces that want to deprive the Kurds of any state and any entity , so that 40 million Kurds in the region do not have an entity, the warring countries agree with each other on," he said.

"With the year-long delay, Iraq, Turkey, Iran and Syria must recognize the right of the Kurds. This is the key to achieving justice and peace in the Middle East," Aidan continued.

Kurdish participation is a prerequisite for a sustainable solution

Aidan explained that actual agreements took place between the Kurds and America in Syria during the fight against ISIS, and continued " The circles that are dissatisfied with these compromises should remove the reasons that make the Kurds need the United States. If the Kurds are given their rights, the Kurds will not have to make compromises with America. It must be clarified, the agreement between the Kurds and America is not a dirty deal, the Kurds in Syria, Iraq, Turkey and Iran put forward a model of a federal solution," he said.

The Middle East region, which passed a century ago with wars of power and competition for influence, is currently living in a phase of deepening crises, after the unveiling of the Sykes-Picot Agreement. Attacks have been launched from all directions, and the Middle East is currently going through the end of that phase, today, the third world war and its center Syria, the war and the campaigns launched by the colonial powers, are moving the region into a new form.

On June 24, 2019, a security meeting between the United States, Russia and Israel was held in Jerusalem to find a solution to the Syrian crisis and create new balances.

A few days ago, the U.S. special envoy to Syria, James Jeffrey, spoke to Al-Sharq al-Awset newspaper and stressed the need to leave all foreign forces that entered Syrian territory after 2011, except Russian forces, no matter how much Jeffrey is said to have intended to refer to Iranian forces, but it seems that an agreement between Russia and America took place in Jerusalem and the days will reveal other agreed items but this agreement is applied in stages and it is very important to know the Kurdish position from that agreement.

Whatever the prospect of the Kurds being excluded from the big calculations, the consequences appear to be more severe on the imperialist powers than in the previous century.

"It is very clear that the Kurdish policies in southern Kurdistan, which share oil resources with the dominant powers in the region, do not support kurdish unity, and endanger the stability of the region, who put oil at the service of their parties will not only harm their supporters, but all Kurds, this problem must be resolved immediately." 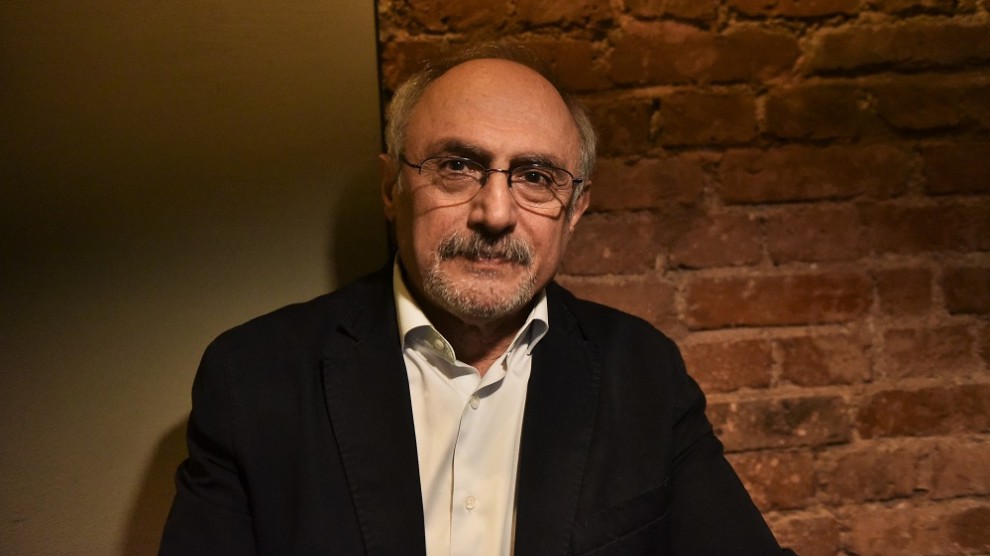 Today, the 6th anniversary of the massacre of the century committed by ISIS mercenaries and ...

On Lausanne Treaty anniversary.. Where will Erdogan's ambitions take Turkey?

The Kurds continue to demand their legitimate rights to live in their motherland Kurdistan, ...
Old Website