Under the slogan "In the Spirit of Prisons' Resistance, We Will Definitely Triumph," the Revolutionary Youth Movement, in coordination with the Young Women Union in al-Hasakah city erected a sit-in tent in support of the resistance of detainees of the Democratic Peoples' Party (HDP) in the prisons of the Turkish occupation state.

The tent erected in front of the Assyrian Church roundabout in Tel Hajar neighborhood in al-Hasakah city was decorated with pictures of martyrs and flags of the Syrian Democratic Forces and the People and Women Protection Units (YPG, YPJ).

Dozens of residents of al-Hasakah canton and members of civil institutions participated in the first day, in addition to members of the Syrian Women Council, the Kongra Star and the Democratic Union Party.

The sit-in tent began to stand for a minute of silence, followed by the opening speech by the administrator of the Revolutionary Youth in al-Hasakah canton, Avrin Navdar, in which she said: "Our tent was organized to support the resistance of detainees in Turkish fascist prisons, and to denounce the violations of the fascist state against the regions of north and east Syria."

The detainees' strike in Turkish prisons entered its 43rd day, to end the isolation of the leader Abdullah Ocalan, and to denounce the practices of the Turkish authorities against Kurdish detainees, intellectuals and HDP members.

Avrin Navdar says: "To end the isolation imposed on the leader Abdullah Ocalan, these heroes are resisting in those prisons despite the violations that they are being exposed to."

At the end of her speech, Avrin Navdar indicated that they will continue to resist and support all regions of north and east Syria until the leader Abdullah Ocalan and all prisoners gain their freedom.

It is worth mentioning that the sit-in tent will last for 7 days, and delegations from all regions of al-Hasakah will participate in it. 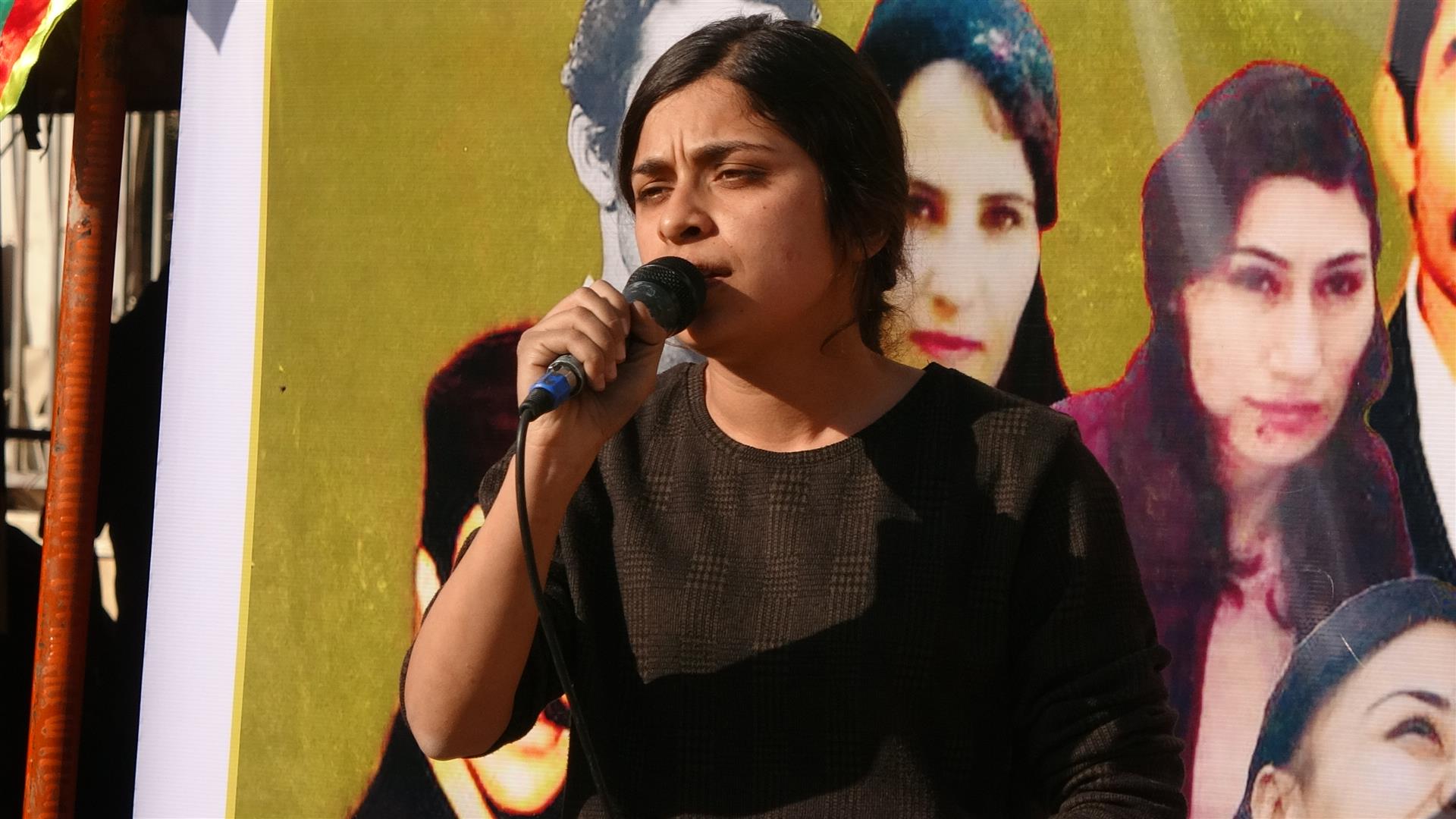 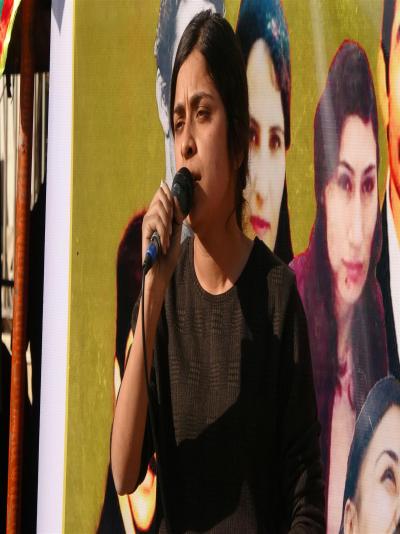 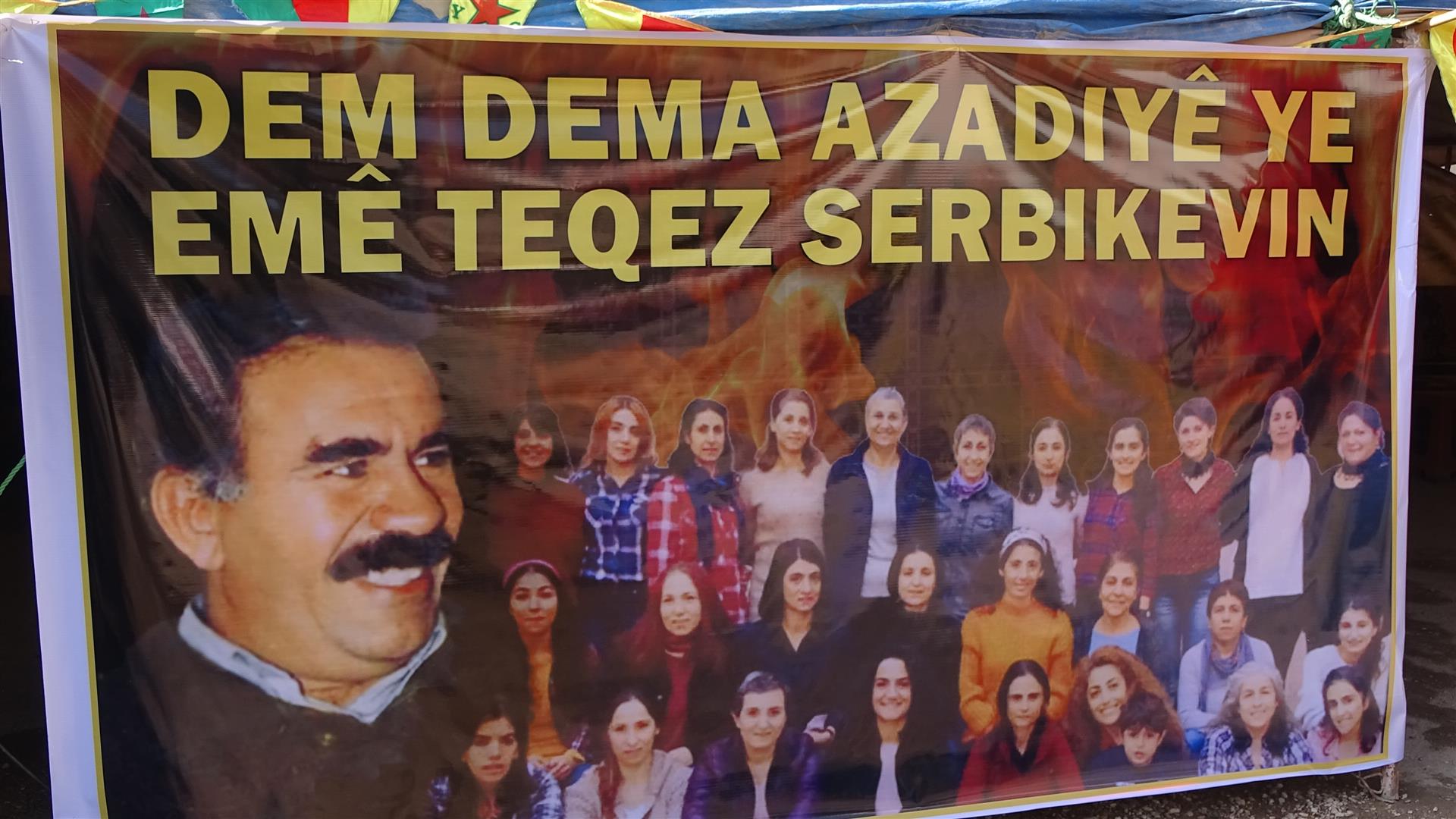 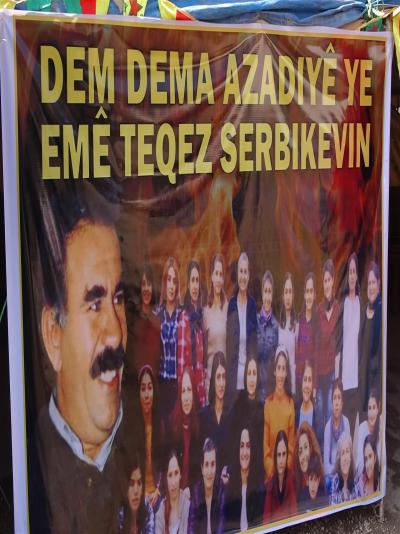 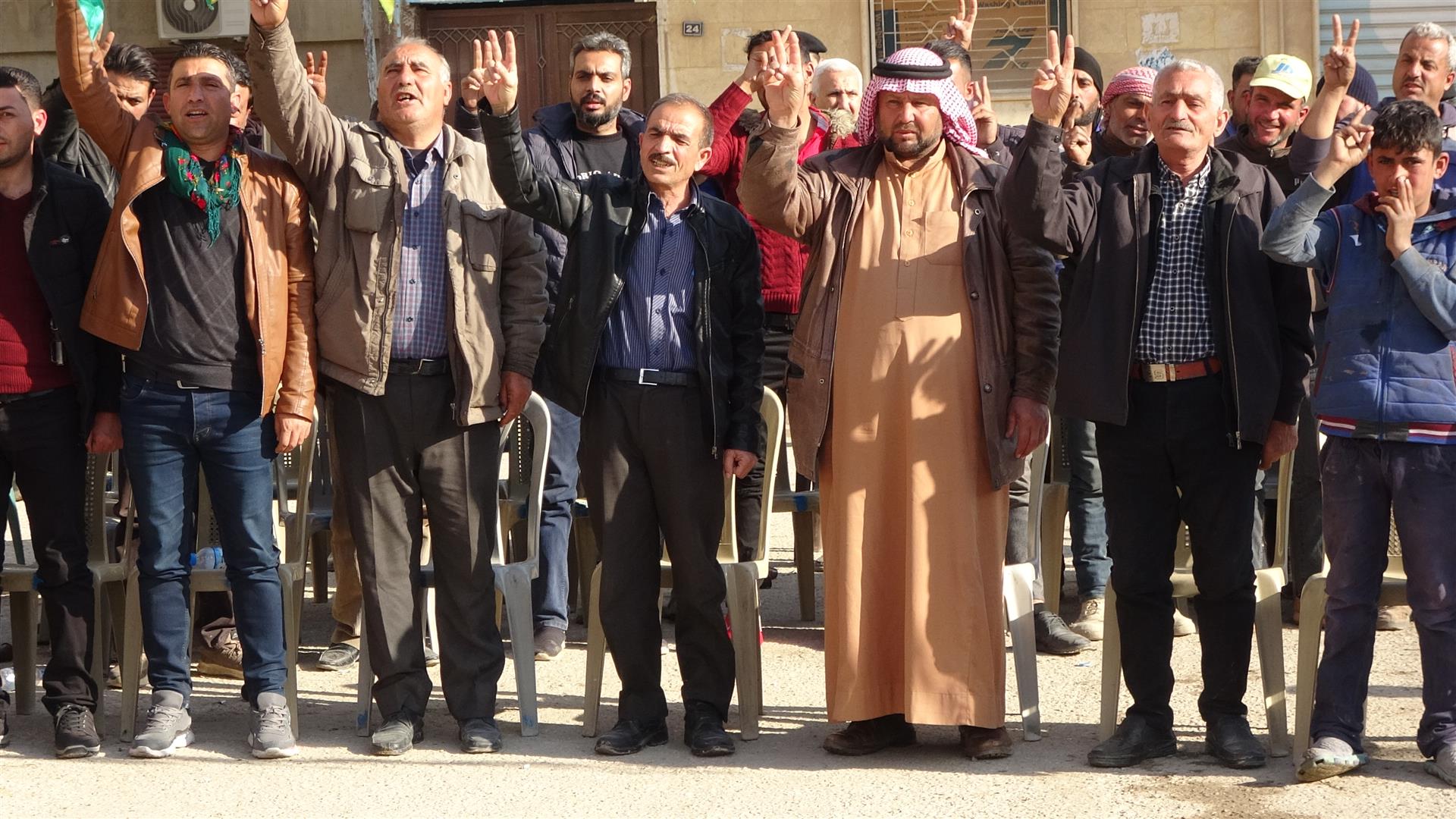 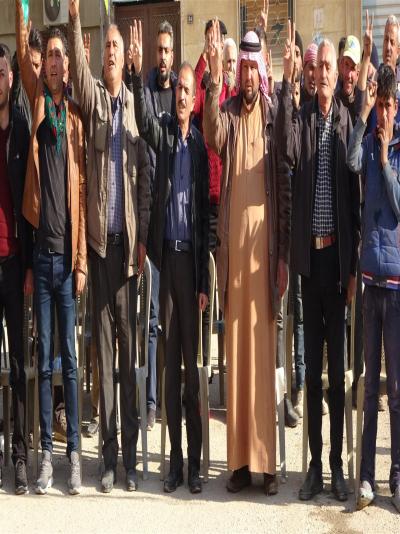 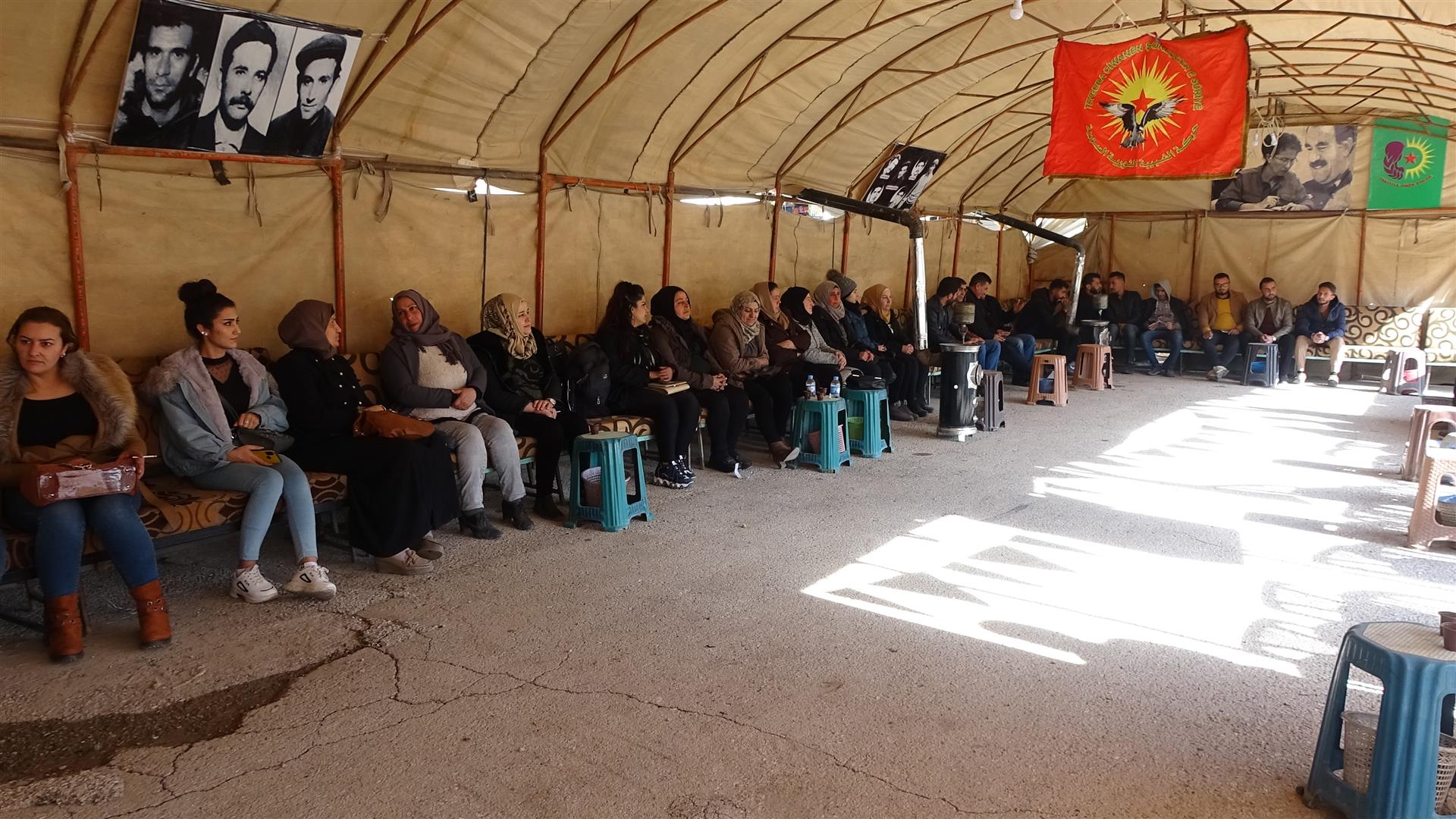 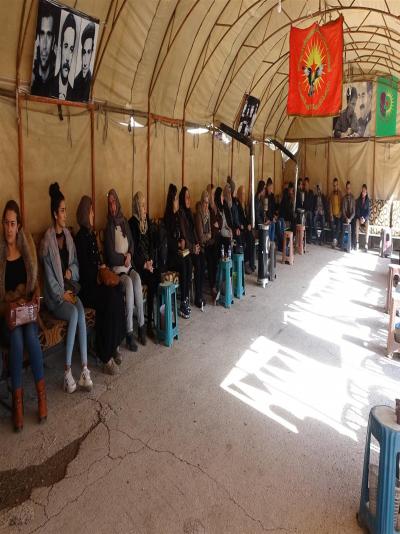 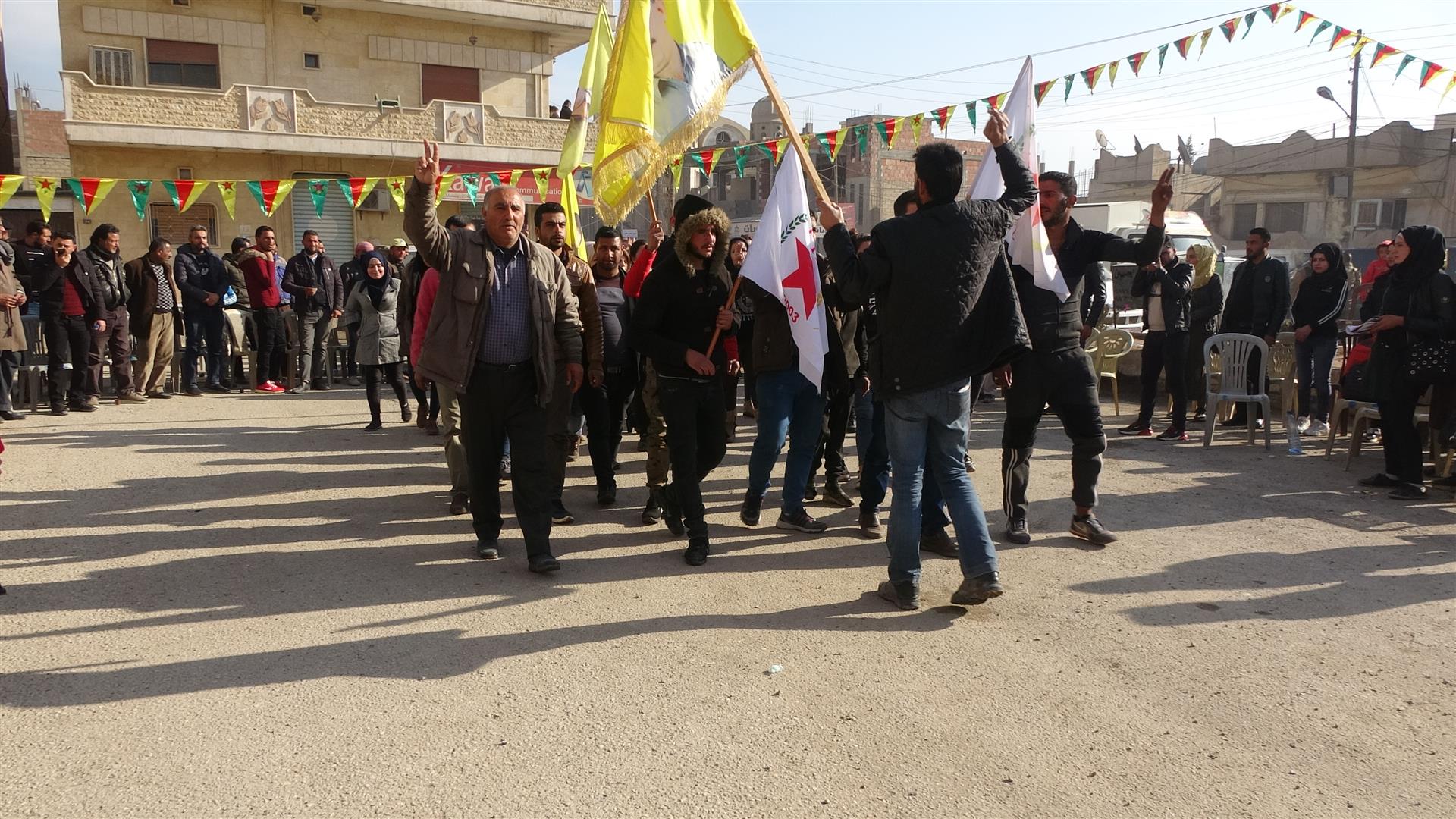 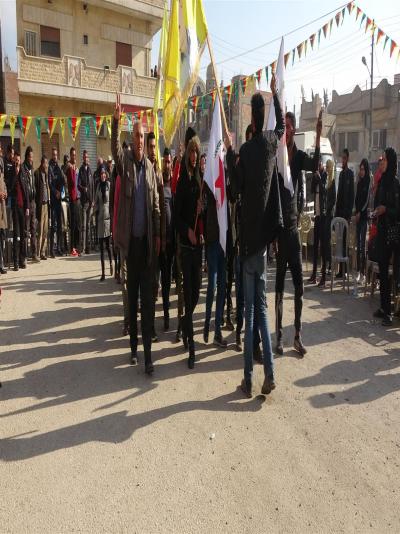