The Water Directorate in al-Hasakah canton has been continuing its daily work on an alternative project to secure water for the people of al-Hasakah after the Turkish occupation eliminated the workers of Alouk station on the 21st of March, and the water cut off from al-Hasakah canton which hosts thousands of displaced people from the areas of Serêkaniyê and villages near the clashes lines.

The population of al-Hasakah was close to 700 thousand people, and the number rose to about one million after the Turkish occupation army deserted hundreds of thousands of Serêkaniyê and Girê Spî residents. 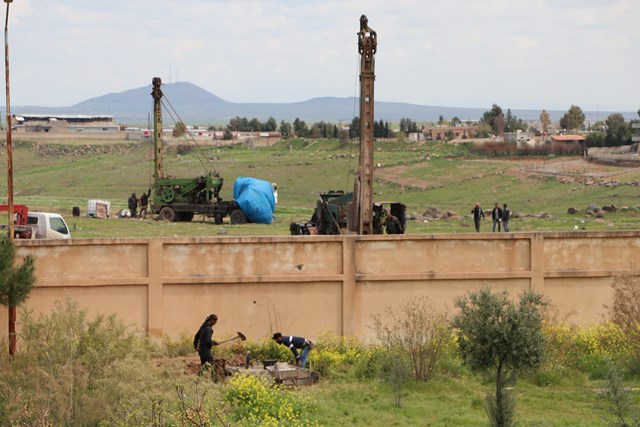 Turkey has not paid attention to repeated international criticism, especially since the Turkish action endangers the life of nearly one million people at a time when the demand for water is increasing, as the personal hygiene is considered one of the most effective ways to prevent the Corona virus.

On March 24, after the Turkish occupation cut water to the canton for the second time, the Water Directorate in al-Hasaka announced the start of work on an alternative project for the Alouk station.

The project involves digging 50 wells at al-Hemma plant in al-Jazeera with the abundance of /13/ cubic meters per hour, and its water will be safe to drink.

So far, the Water Directorate has managed to drill 13 wells, and the work is still ongoing. The drilling of the 50 wells is scheduled to be completed by the end of April.

To solve the sewage problem in Al-Shaddadeh sub-district, the municipality is working on imp...

Residents of Maratah village in Al-Shahba district, in cooperation with the two communes, co...