300 young men and women from the components of al-Jazeera region marched today from the city of Qamishlo towards the city of Dêrik, under the slogan "It Is Time for Freedom... We Will Definitely Triumph," within the framework f the KCK campaign, condemning the Turkish attacks on Kurdistan 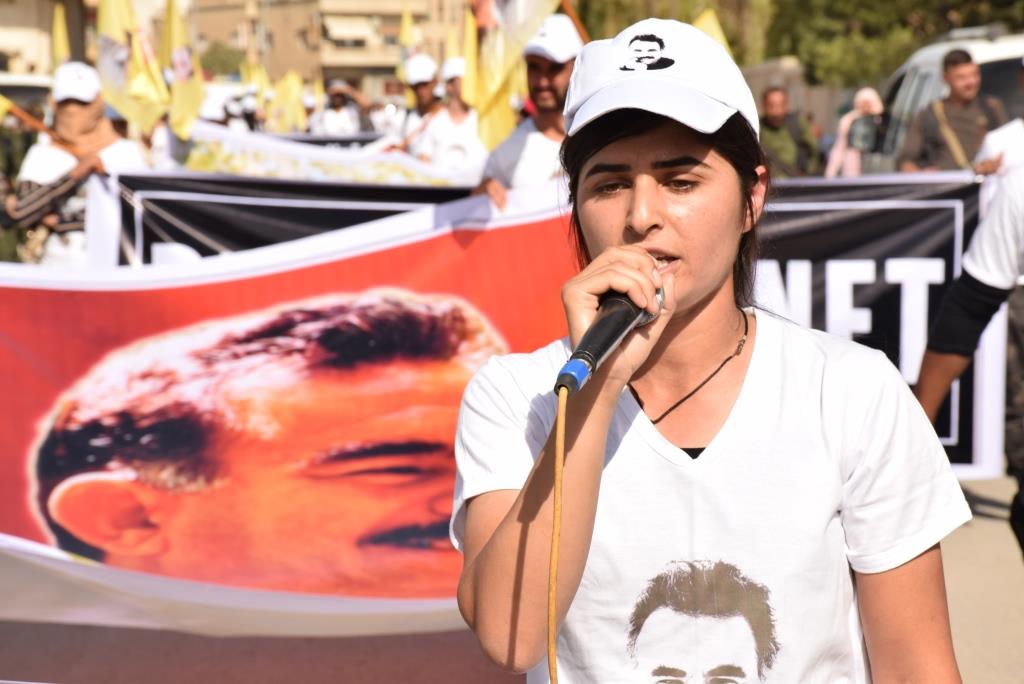 regions and the isolation imposed on the leader Ocalan.

The youth gathered in front of the Sports Union headquarter in the city of Qamishlo, carrying the pictures of the leader Abdullah Ocalan, and banners written on in Kurdish: "From Imrali struggle to Heftanin resistance, we will definitely triumph."

The Member of the Syrian Revolutionary Youth Movement Administration in al-Jazeera region, Janvada Tolihdan, explained that their march is to support the resistance of Heftanin, and to denounce the international conspiracy that affected the leader Abdullah Ocalan and the isolation imposed on him. 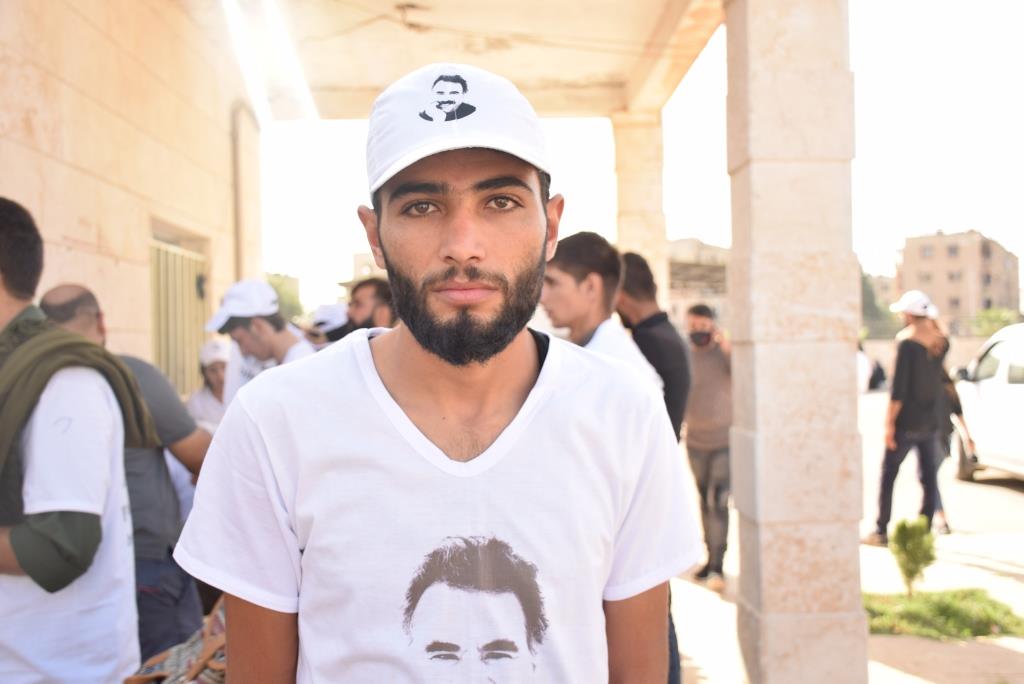 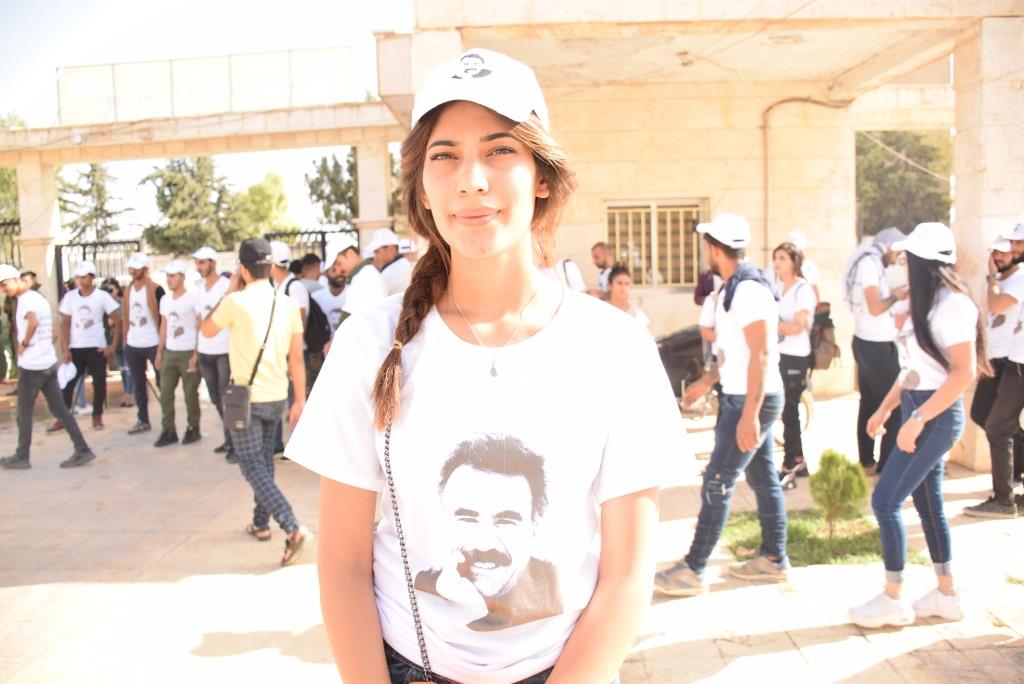 Janvada Tolihdan explained that, under the slogan "It Is Time for Freedom, We Will Definitely Triumph," they will stand in the face of everyone who participated in the international conspiracy that affected the leader Abdullah Ocalan, the countries that supported those who play with human values ​​and the values ​​of the Kurdish people, and those who betray the Kurdish people."

The Member of the Young Women Movement, Zainab Hassen, who came from the city of al-Hasakah to participate in the march said: "Our goal in the march which will last for three days is to prove the presence of youth in north and east Syria, and their effective role within society to stand in the face of the occupation." 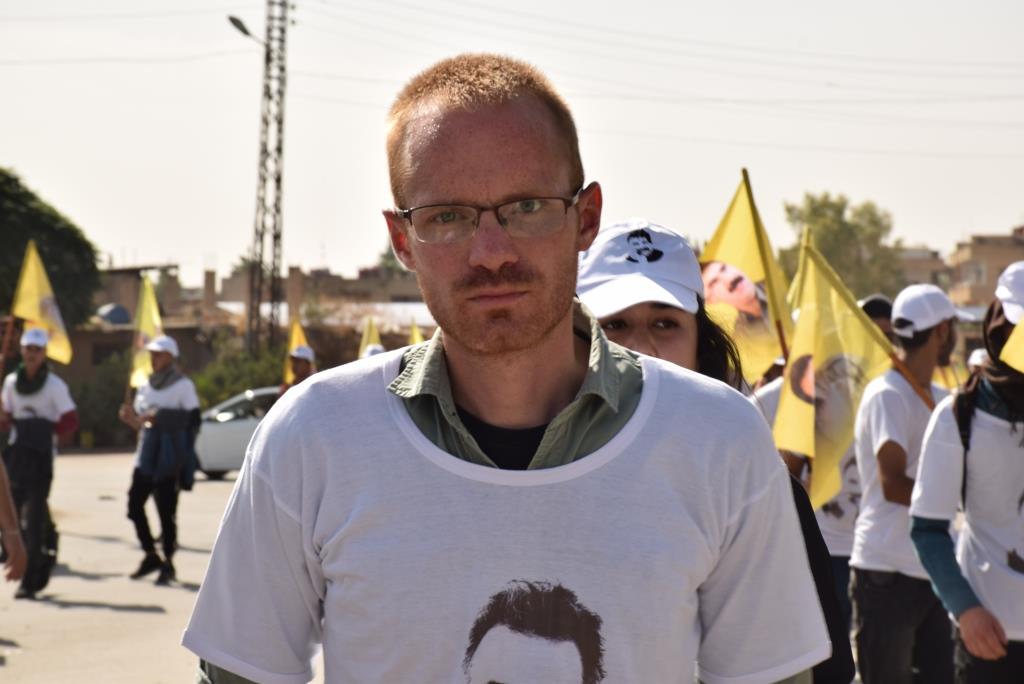 Zainab Hassen indicated that the youth of al-Jazeera region reject the strict isolation imposed on the leader Abdullah Ocalan, and also explained: "We support the resistance of Heftanin and the KCK campaign.

For his part, the Member of the Youth Movement Administration in al-Jazeera region, Shoresh Ronahi, said: "We launched a period ago a campaign under the slogan “It Is Time for Freedom ... We Will Definitely Triumph,” and today we went on a foot march to confirm the escalation of our struggle against Turkish fascism."

Shoresh noted that they are determined to liberate the city of Afrin, Serêkaniyê and Girê Spî from the Turkish occupation, break the isolation imposed on the leader Abdullah Ocalan, and build a free and democratic Syria. He said: "We support and advocate KCK campaign, and salute the youth's campaign in home and abroad, and Guerrilla's resistance in Heftanin. We salute the resistance of our fighters in the trenches in northern and eastern Syria."

Afrin people are worried about a new massacre, as Iraqi army heads to Şengal

The people of Afrin, who are residing in al-Shahba, denounced the moves of the Iraqi governm...

SRYM of Afrin holds its second conference in Al-Shahba canton

The youth of the Democratic Union Party (PYD) in Lebanon congratulated the fifth anniversary...
Old Website