Hundreds of mourners gathered today in front of the equestrian roundabout in the city of al-Raqqa, with the participation of members of civil and military institutions, to receive the body of the martyr Hussein Hussein, his nom de guerre is "Suri" fighter in the ranks of the Syrian Democratic Forces, who martyred on 9 April.

The funeral procession, which included dozens of cars decorated with flags of the military forces and pictures of the martyr amid the participants chanting slogans glorifying the martyrs, headed towards the shrine of the martyrs of the city of al-Raqqa.

The ceremony began with a minute of silence, accompanied by a military parade by SDF.

Then a SDF fighter muhamad ismail gave a speech in which he said: "Let us first bow before the greatness of the martyrs who sacrificed their lives for the freedom of the people. Otherwise, we would not have achieved victory over the most dangerous terrorists in the world and the martyrs whose blood was mixed with their soil, they fought and sacrificed their lives for it. "

Followed by a speech by a member of the Martyrs' Families Foundation, Firas Al-Mushrif, who offered condolences to the family of the Martyr Hussein and all the martyrs of the bombing that took place in the city of al-Raqqa, stressing that the cells belonging to Daesh and its supporters such as the Turkish occupation want to destabilize the security and stability in the liberated areas."

After the completion of the words, the martyr's document was read by the Martyrs' Families Foundation and handed over to his family.

The body of the martyr then was buried in the last resting place of the martyrs' shrine in al-Raqqa in al-Hukomiya village. 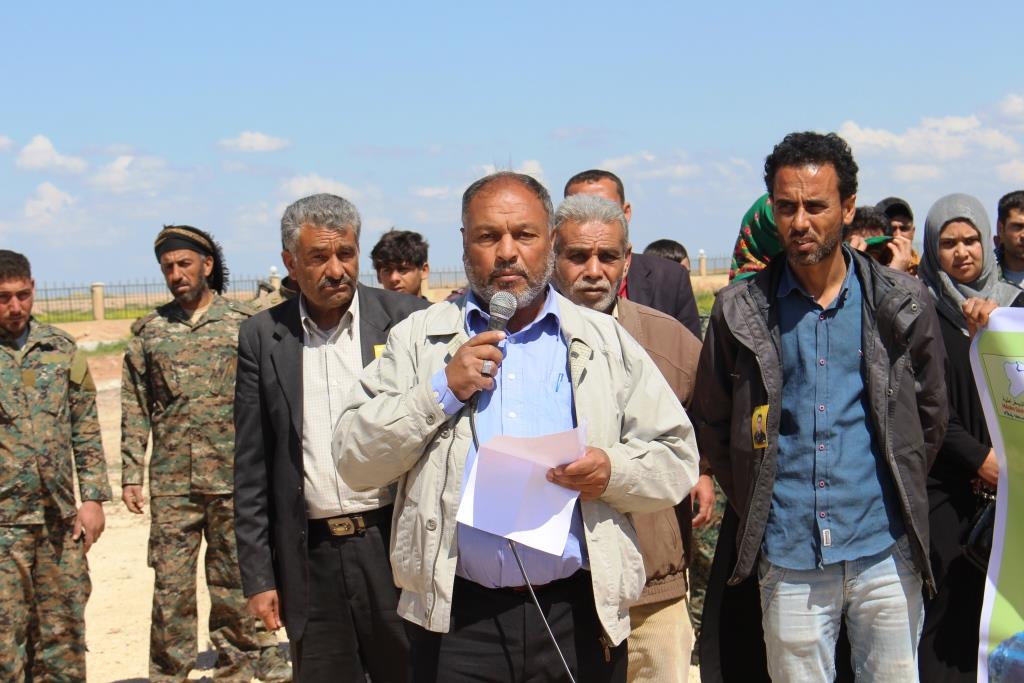 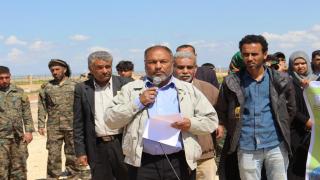 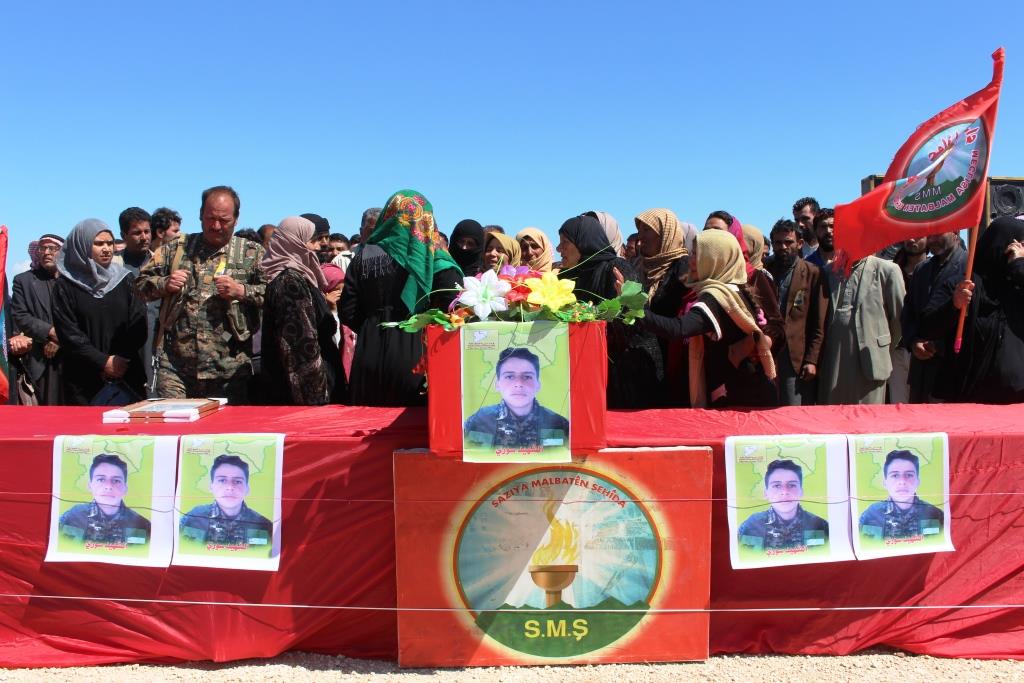 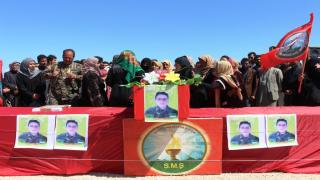 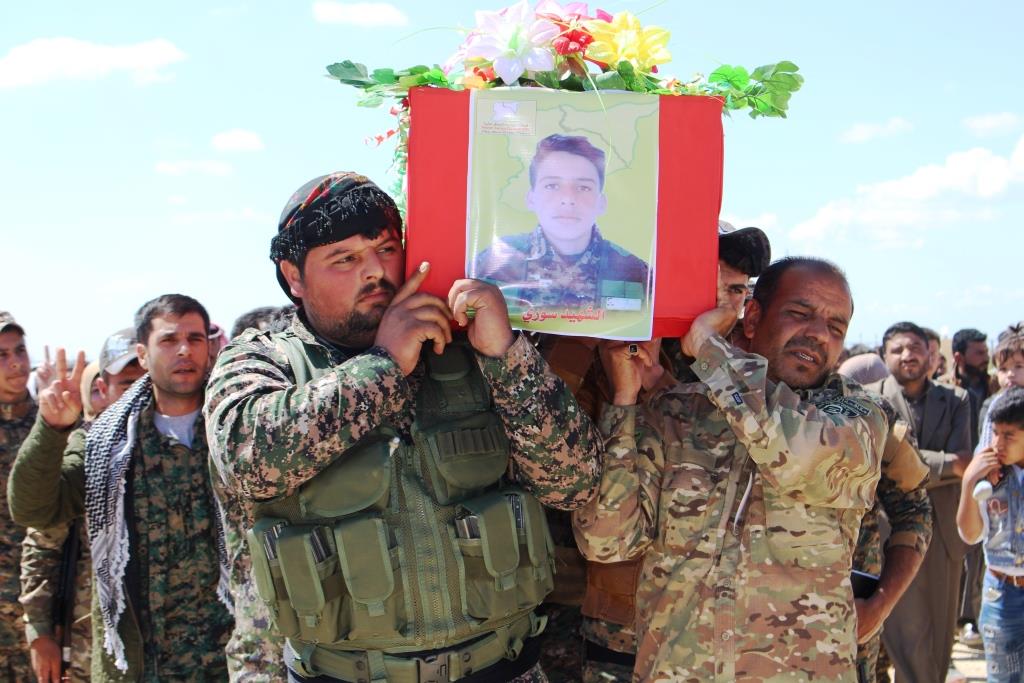 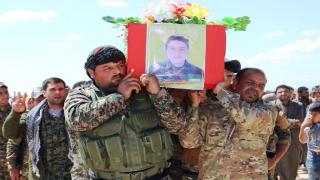 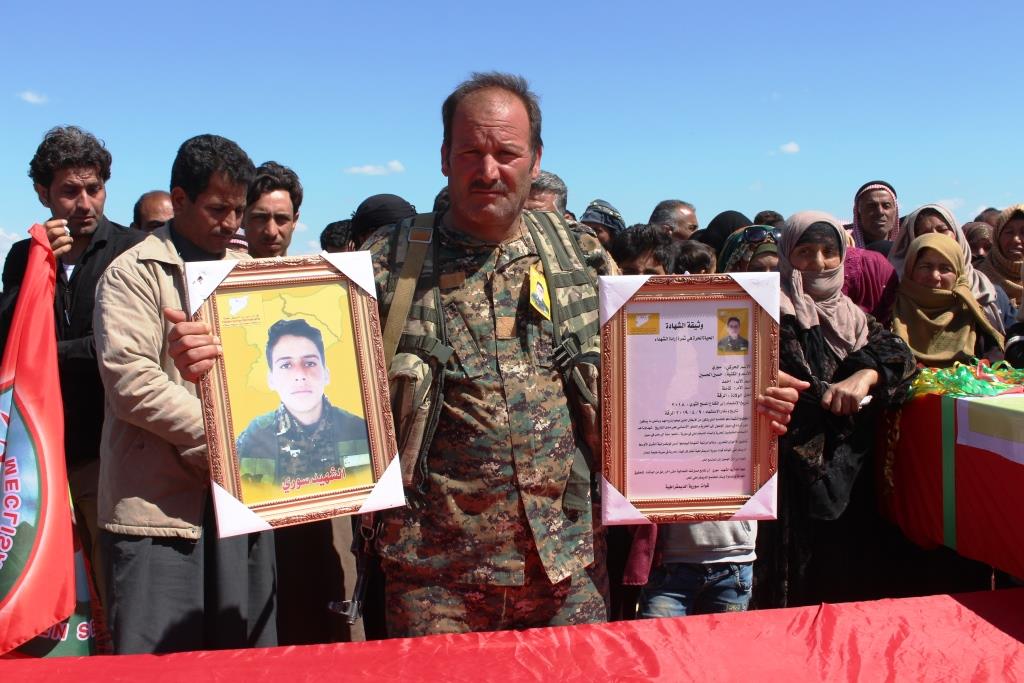 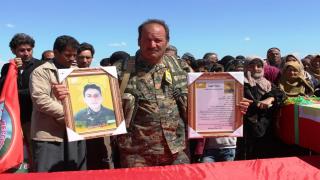 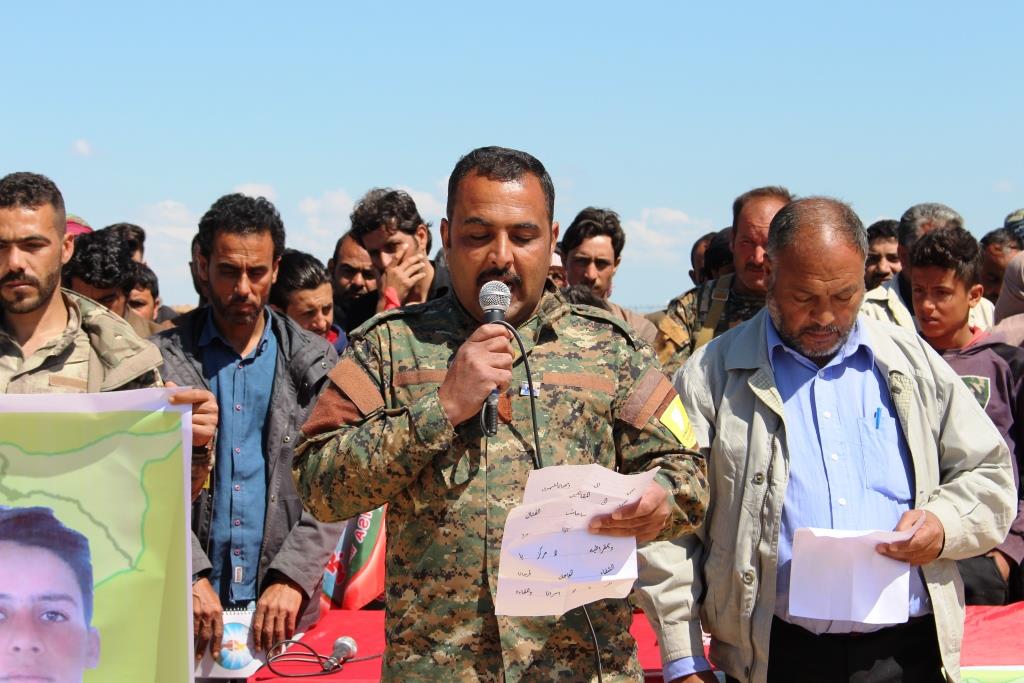 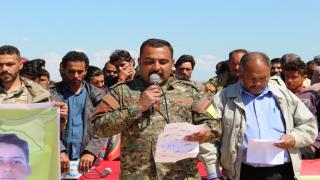 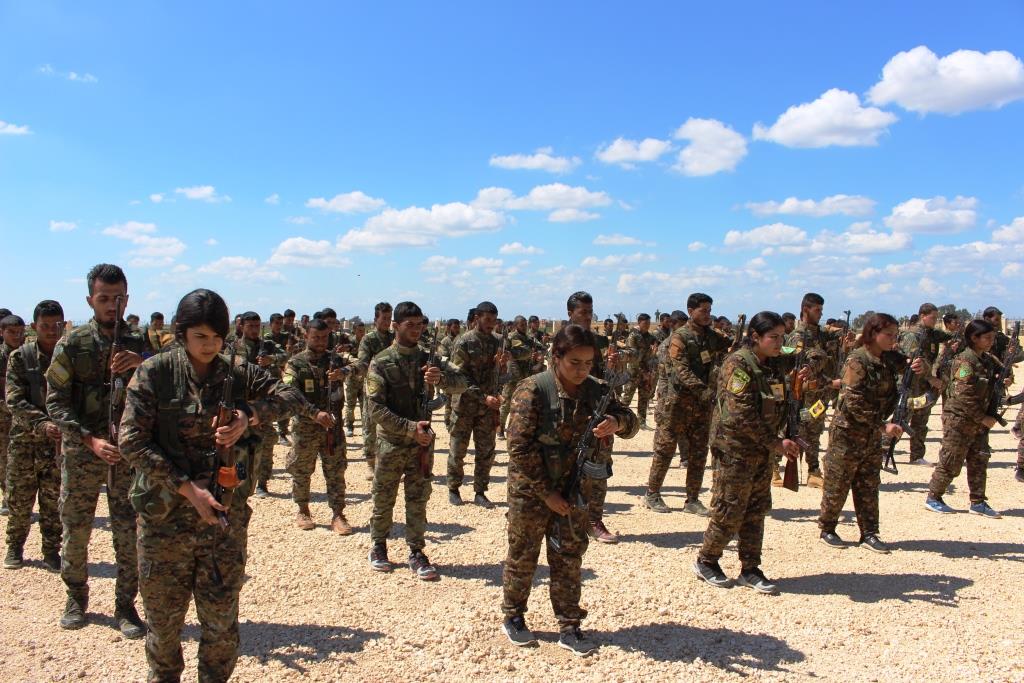 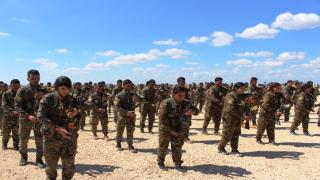 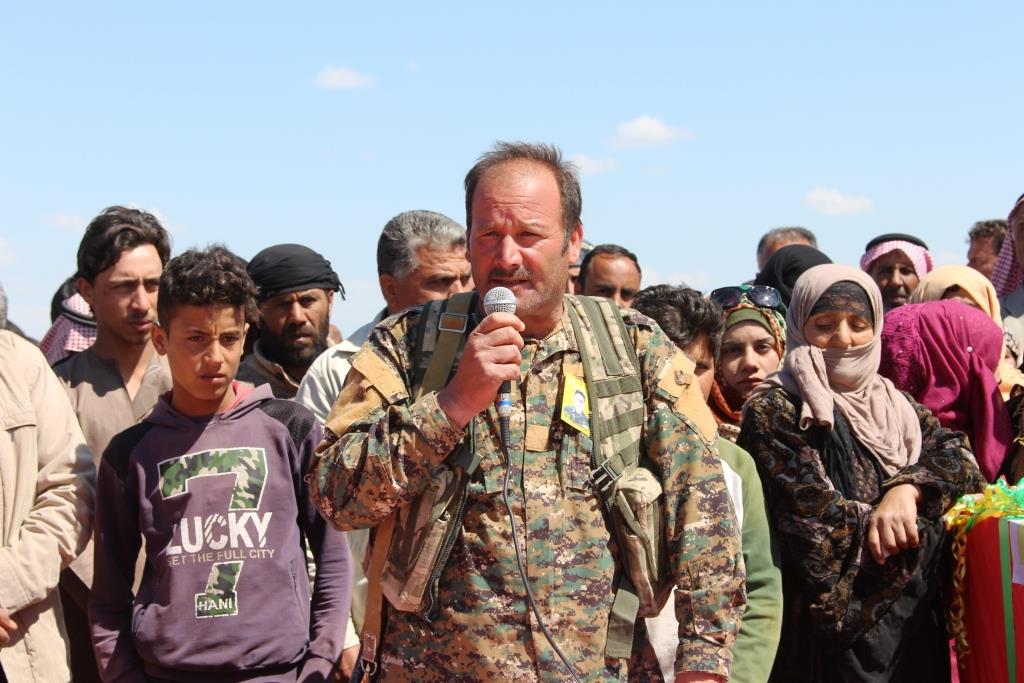 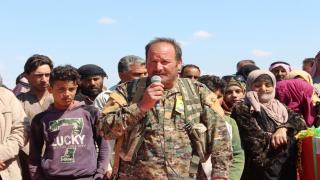 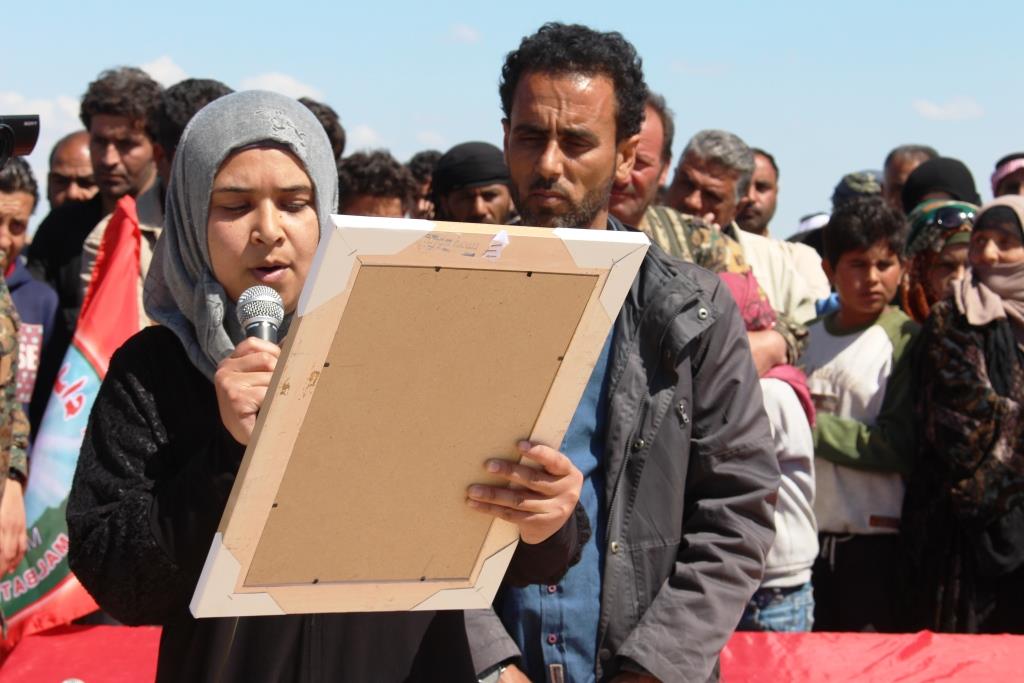 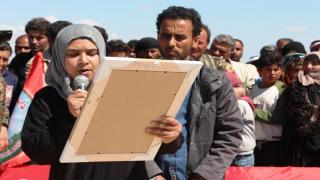