On the occasion of the second anniversary of the establishment of al-Raqqa Civil Council under the slogan "Together towards a model paper for co-existence," today hundreds of residents of the city and civil and military institutions at the headquarters of the Civil Council located in the southern part of the city of al-Raqqa celebrated.

The ceremony place was decorated with the flags of civil and military institutions and the slogan of the council, and pictures of martyrs of freedom and martyr Omar Alloush, who was one of the founders of the council.

The ceremony began with a minute of silence, followed by a number of speeches, including a speech on behalf of the al-Raqqa Civil Council by its co-chair Mishlab Darwish, and on behalf of the Foundation of the Families of Martyrs by the member Fatima Al-Issa, the Department of Women in al-Raqqa by member Jihan Hassan, in addition to the words of the Syrian Democratic forces delivered by Leader Nohan Kobani.

The words congratulated the anniversary of the council and praised its work in all its services and the reconstruction of the city and its in re-educating the children of the city of al-Raqqa.

"The Civil Council was established by the efforts of its sons and daughters, especially the blood of the martyrs who sacrificed their lives for the freedom of the people," SDF leader Nohan Kobani said.

Then a report on the work of the council and the achievements made during a year in all areas of education, service, society was read.

At the end, the al-Raqqa Heritage Band presented heritage songs that mimic the culture of the city of al-Raqqa, and the audience held Dabka in an atmosphere of joy and pleasure. 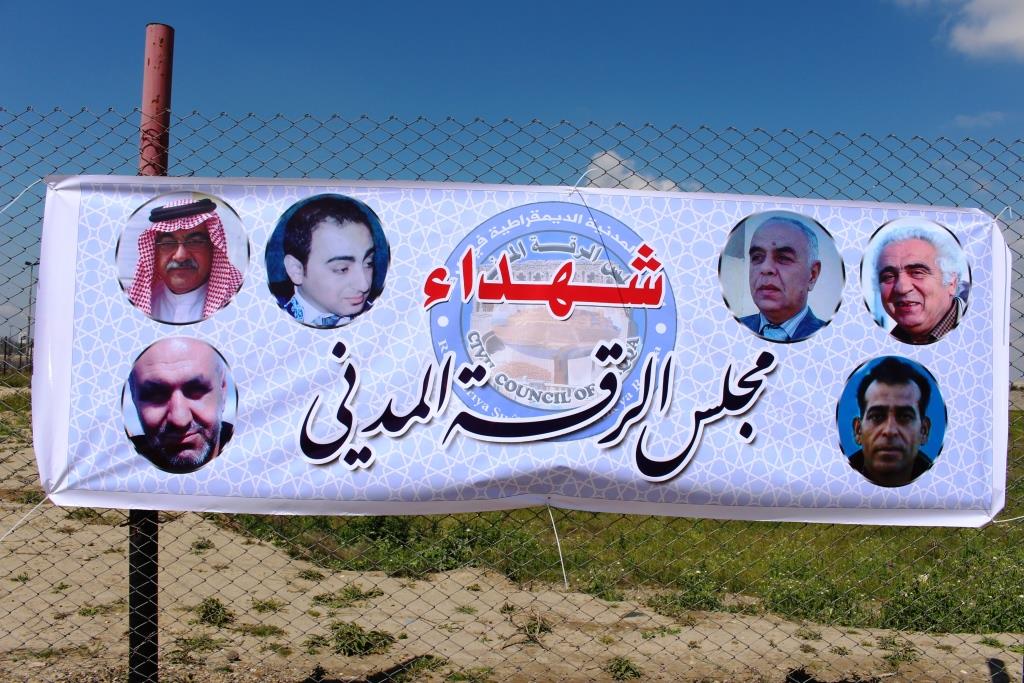 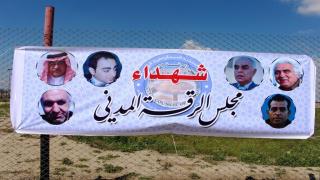 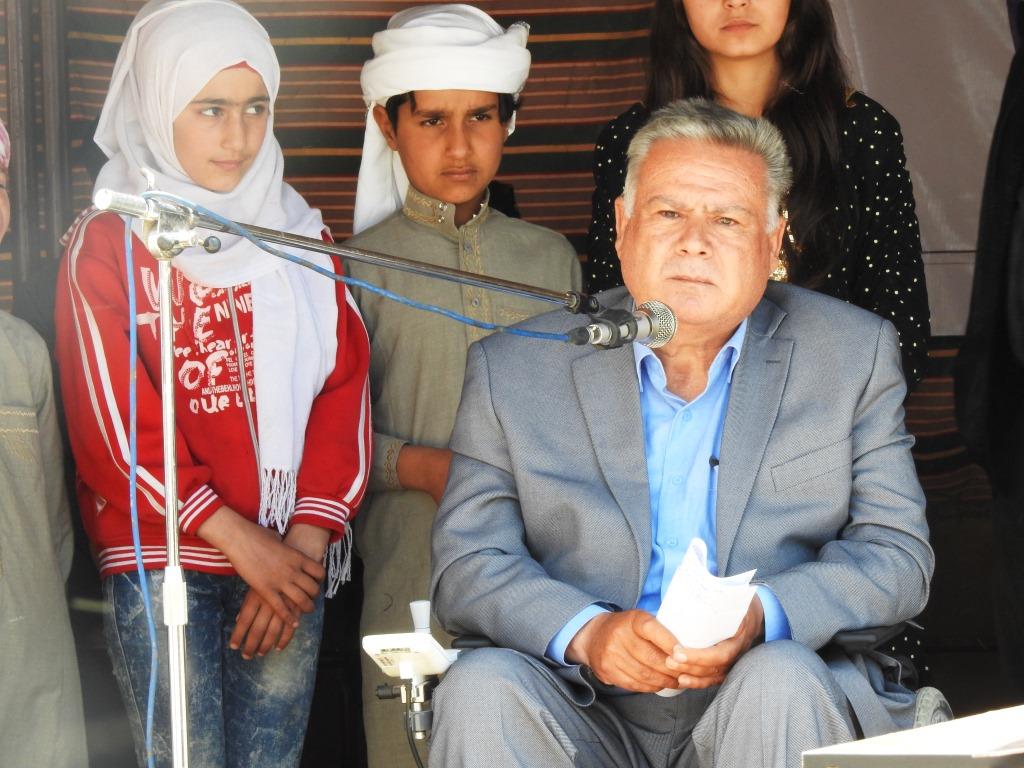 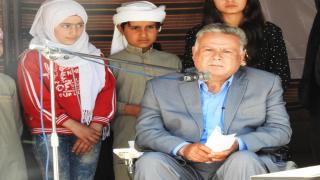 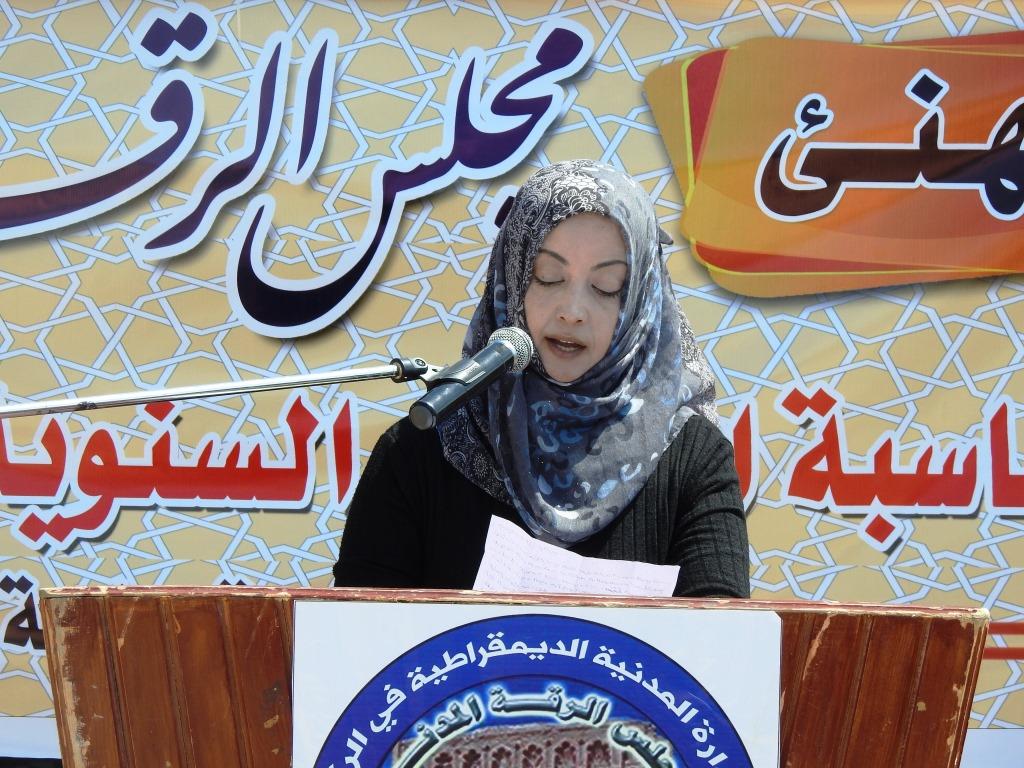 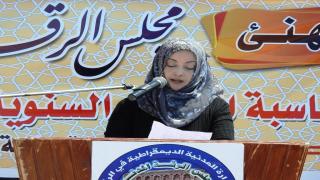 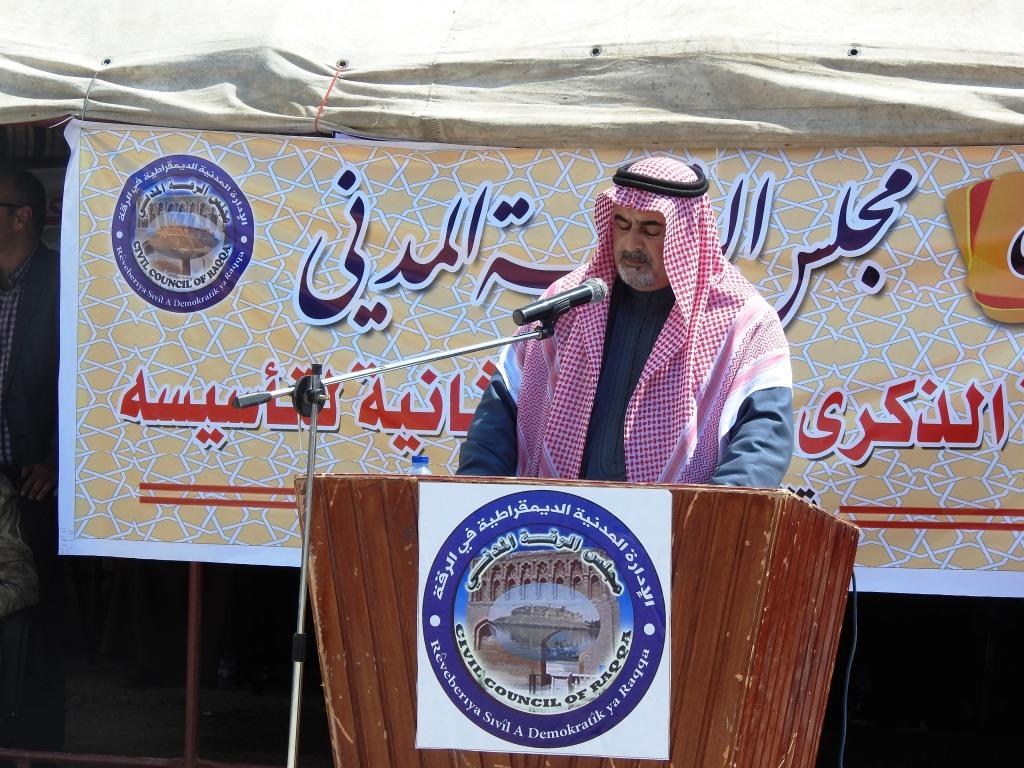 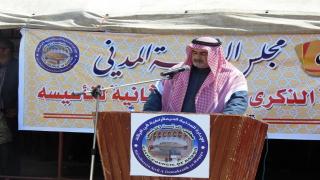 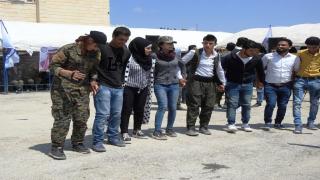 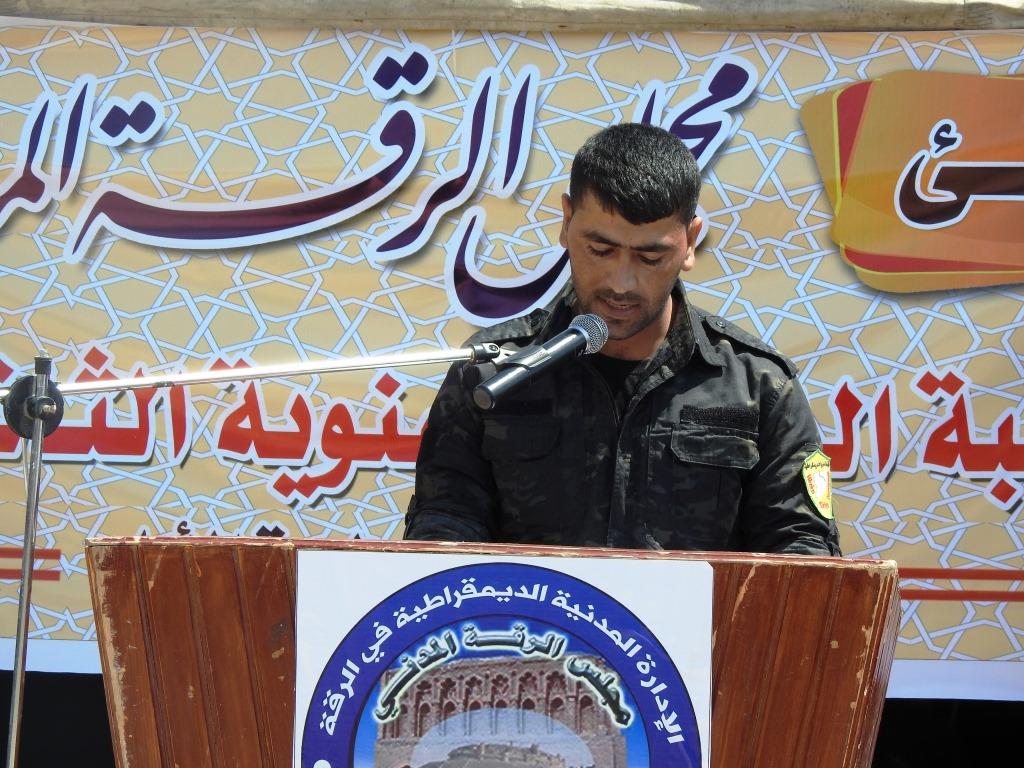 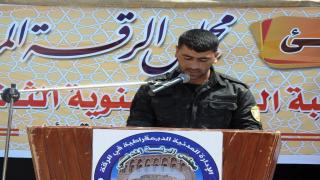 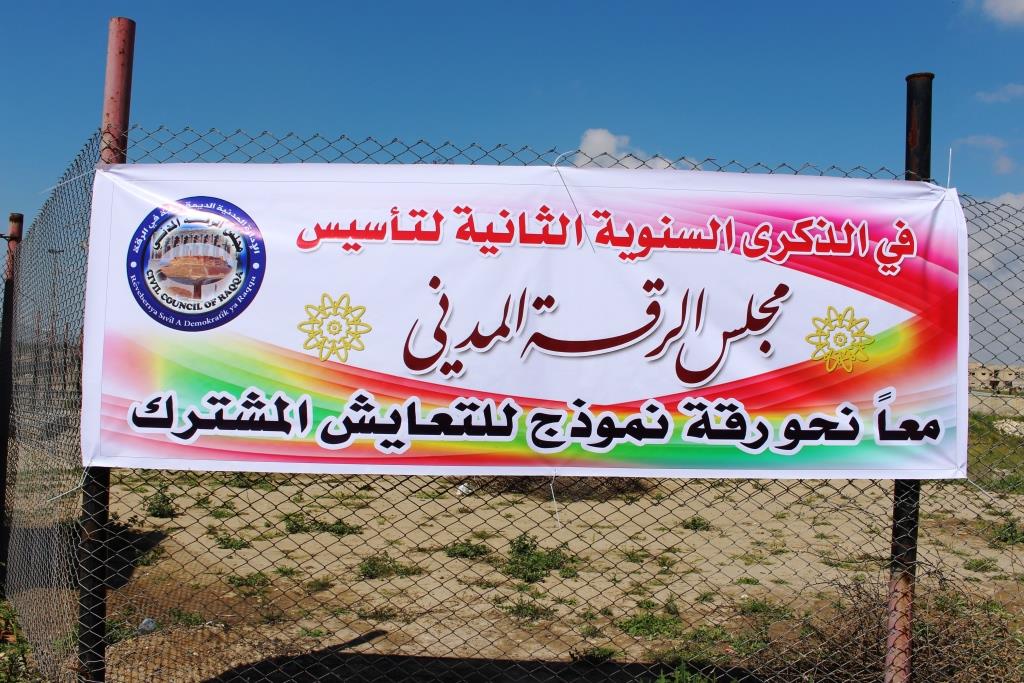 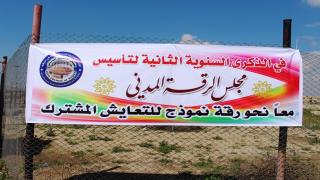 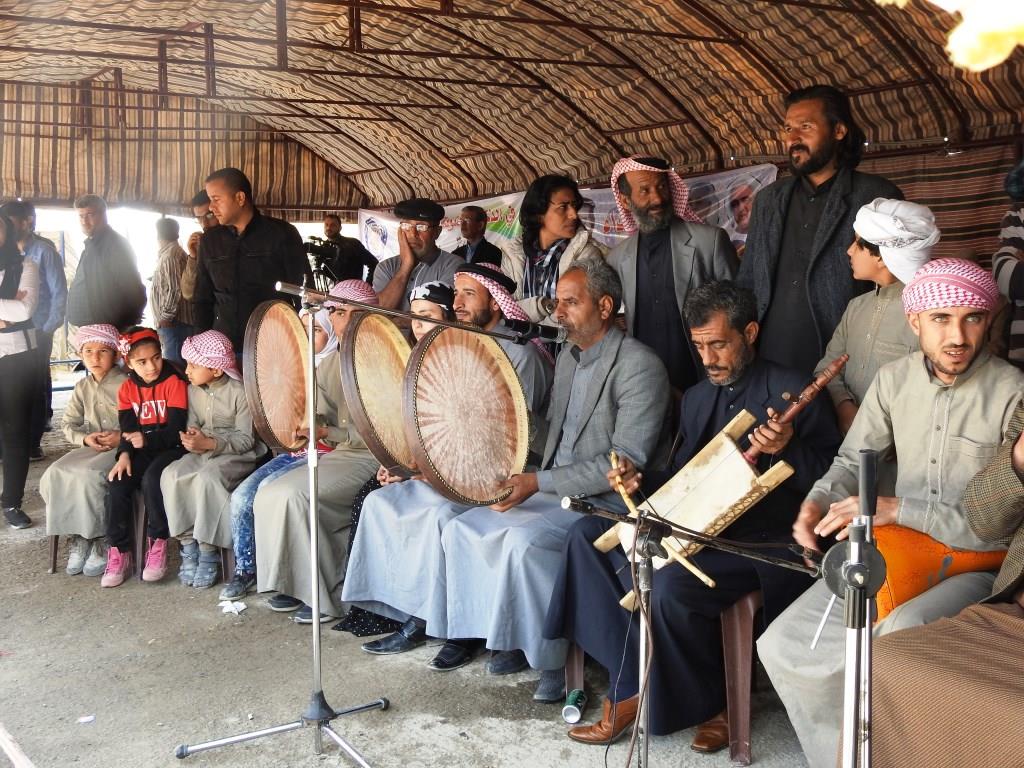 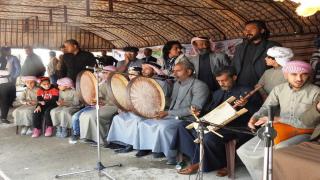 Killing a commander in Sultan Murad south of Tripoli