The fighters of the Syrian Democratic Forces liberated the city of al-Tabqa from Daesh mercenaries in May 10, 2017, in the context of the Wrath of Euphrates campaign, and then the stage of reconstruction and development began, enhancing security, stability, economic prosperity and peaceful coexistence among the components of society.

A group of administrative, security and service institutions contributed through deliberate plans and an intensive program of work to promote the city in various respects.

The Civil Council was able to form more than 17 houses of people distributed throughout the region's geography and oversee the work of more than 250 district councils in the region.

Thousands of people from the region took the martyrs' message and marched on the path of struggle and sacrifice in order to defend the homeland and its gains made by the martyrs. The Syrian Democratic Forces, which turned into a magnet for the people of the region who came from the first day to liberate their city, now the city has 8 regiments which number exceeds 3500 fighters that form the protection cordon and defend the region.

Academic and organized training has played a leading role in successive military victories in the north and east of Syria, where the Syrian Democratic Forces focused their efforts on training their military forces and developing their combat capabilities through the opening of the Martyr Gomaa Al-Nazzal Academy For the new entrants, as the academy graduated 6 training courses.

More than 1,000 fighters joined the self-defense forces within five courses organized by these fighters, the increasing number is large and the demand is heavy by the young group.

The real battle of the security forces began with the announcement of Daesh military defeat. The long battle began with the sleeper cells of various agendas, whether for Damascus or Turkey or for others, which have been active lately through a series of assassinations and bombings carried out by these cells in different parts of al-Tabqa and al-Raqqa.

In the context of the fight against sleeper cells, which have been active recently, the Internal Security Forces launched a security campaign in the center of the city and the city of Mansoura, which targeted a number of sleeper cells that were planning to tamper with the security of the region and destabilization, led by Special Security Forces (H.A.T.), which is one of the most efficient security and trained formations at the highest level. Their mission is limited to special tasks that require accuracy, flexibility and speed in dealing with security issues and the arrest of terrorist elements in cooperation and coordination with the General Security Service.

The ambulance and emergency teams of the Internal Security Forces are also the most important formations. They operate 24 hours a day through ambulances equipped with the latest first aid equipment for medical intervention and ambulance service wherever they are. The emergency forces contribute significantly and effectively to stability and security, as assuring security for people in major markets and vital centers through 24-hour patrols.

At the service level, the People's Municipality has played a prominent role through a number of service and organizational projects. In the area of ​​environment and decoration, the Department of Environment has worked on rehabilitating the parks in the center of the city and the countryside and launched more than 12 forestation campaigns after decorating the parks. The most prominent of these projects are the rehabilitation of the entrance of the northern Euphrates dam, Martyr Hebun Arab, al-Alam, and Martyrs Roundabouts, as well as activating the agricultural nursery, which provides thousands of seedlings for environmental projects in the city and the countryside.

The municipality continues its service and organizational work in the city through its specialized offices, such as the transport office, which organized the movement of the internal transport lines and the garage, the control office which regulates the central market, and the elimination of random roadblocks on the sides of the roads. The work of the Women's Office, which initiated two projects that would strengthen the economy of women.

The Directorate of Electricity has great achievements with little potential

The Directorate oversees the maintenance of the electrical network and maintenance of all its sections through the relevant administrative offices and field workshops, which are 4 workshops, "Emergency, maintenance of distribution board, theft suppression, maintenance of transformers". During the last year, these workshops were able to re-activate the 10-megawatt conversion in the Euphrates dam, which aims to reduce the pressure on the 66 transformer in the dam. The number of subscribers according to the collection department reached more than 24 thousand subscribers ranging from household, industrial and commercial. It has been working on more than 47 transformers, and supervises workshops on the work of more than 300 electric transformers distributed throughout the city and its countryside.

The agricultural plan for 2018-2019 was the focus of the efforts made by the directorate in the second year according to plans that were developed with the participation of all branches of the directorate: Forestation and the environment, scientific research, silos, irrigation." The area of ​​agricultural land licensed by the directorate (1,083,340 dunums of irrigated wheat) and (38,046 dunums of other crops), in addition to the licensing Widyan project of 2,100 hectares and Swediya project of 1,180 hectares.

Urbanism thrives for the first time in the region

After the first year of the liberation of al-Tabqa and the consolidation of security in the region, dozens of people headed dynamically to the urban construction process.

In the past months, the Technical Office of the People's Municipality has granted more than 350 building permits in the city center. With the increase in the population and the reception of the area for displaced people from all Syrian regions, who were exposed to the woes of the war, the urban movement expanded considerably. In order to alleviate the population pressure, discussions were held with the regional committee to allow the licensees to add one floor to each building.

The Education Committee transferred childhood to the space of freedom

Through these efforts, the Education Committee was able to open more than 200 schools throughout the geography of al-Tabqa and was able to provide a successful educational process for more than 46 thousand students in various educational stages under the supervision of nearly 2000 teachers in all educational and scientific disciplines.

The Health Committee provided the necessary medical services to the residents

In order to ensure a high health care system, the Health Committee has developed the strategies and plans to reach this level in hospitals, clinics and health centers, with the participation of public and private health service providers and WHO support. The committee has granted several health licenses and issued a number of circulars in order to raise the level of transparency and medical accountability that has enabled it to enhance medical efficiency in health institutions and ensure patient safety.

In the transition to the services provided by the committee in the rural areas of al-Tabqa, it has been able to activate more than 7 sub-health centers providing a number of medical services to the people of the region in a move that contributed greatly to reducing the burden on al-Tabqa National Hospital, according to the Health Committee, medical services in the hospital and health centers have been provided to more than 600 thousand medical cases.

Over the past year, the committee has established 5 offices in various fields, which have had a significant impact on the organizational reality of the city's administrative institutions. The offices are: "Employment, Studies, Special Needs, Displaced Persons and Accommodation Centers, and contracts."

Summer of last year was the date for the opening of the Center for Culture and Art after more than 8 months of continuous work. From under the ashes of the Culture and Art Center theater, the committee revived hundreds of talents that had been buried earlier. They were organized in more than one section and with multiple competencies. These talents were at the forefront of many festivals and competitions held last year in North and East Syria and the latest step was founding an intellectual union in the city. 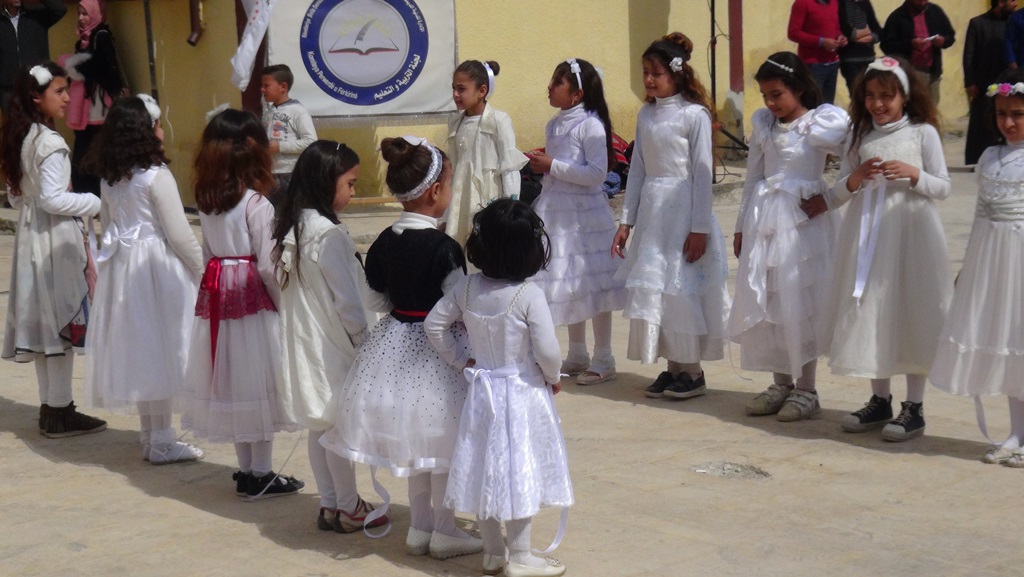 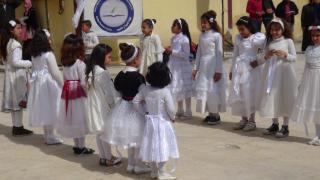 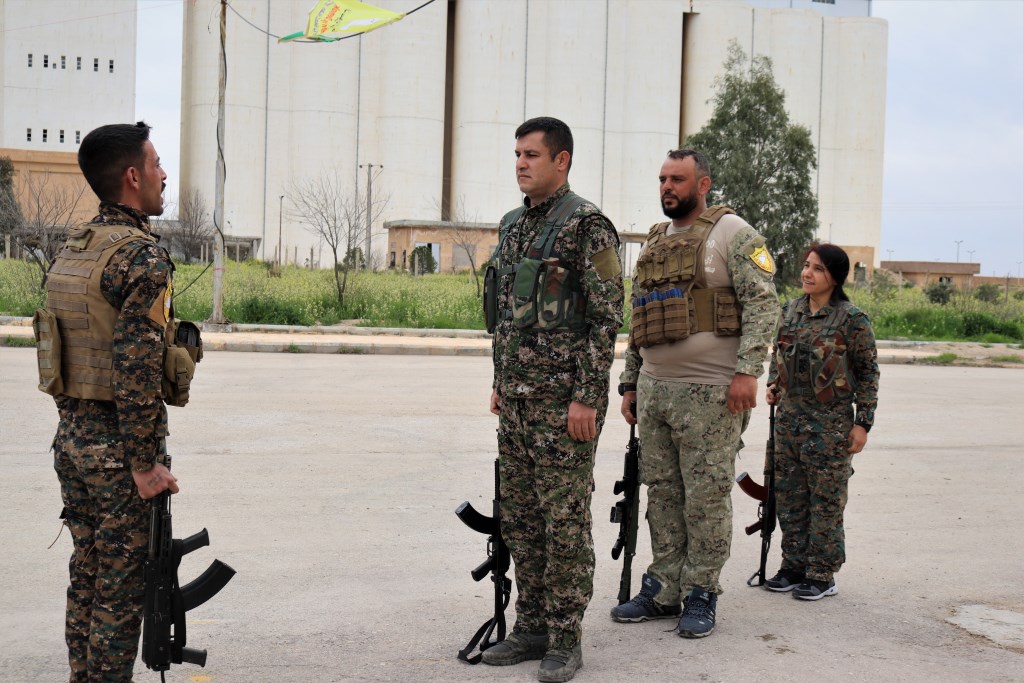 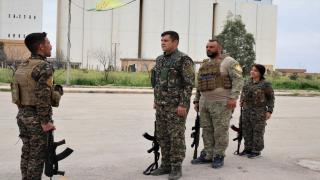 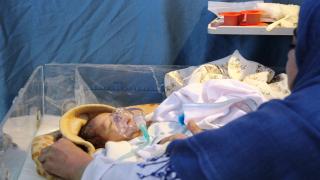 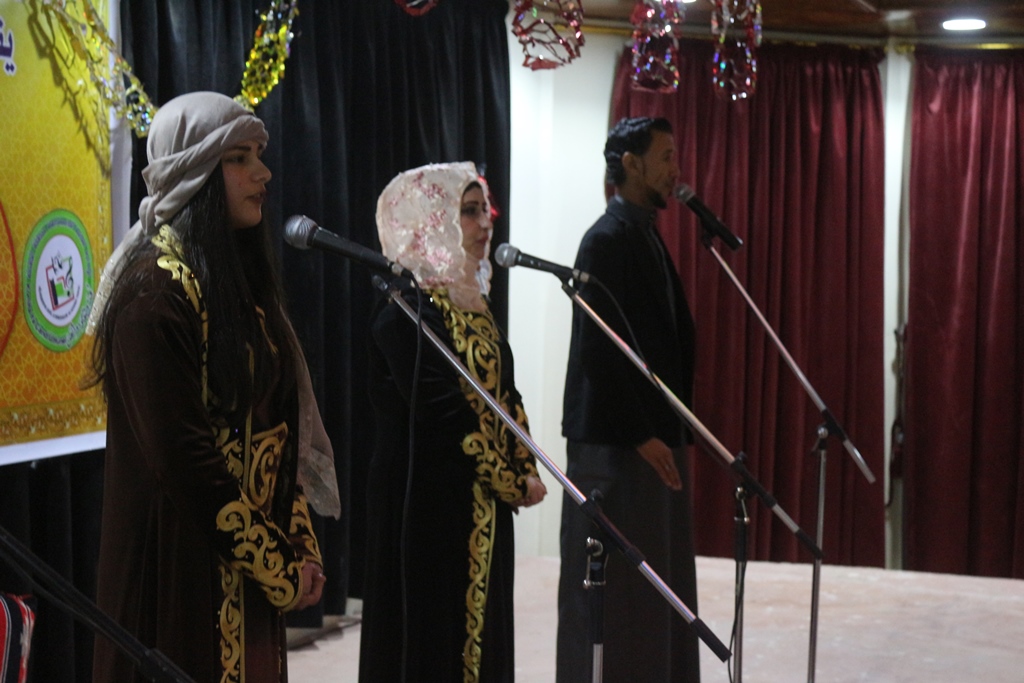 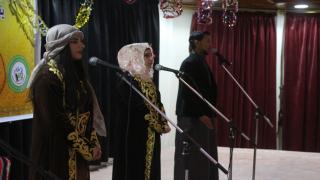 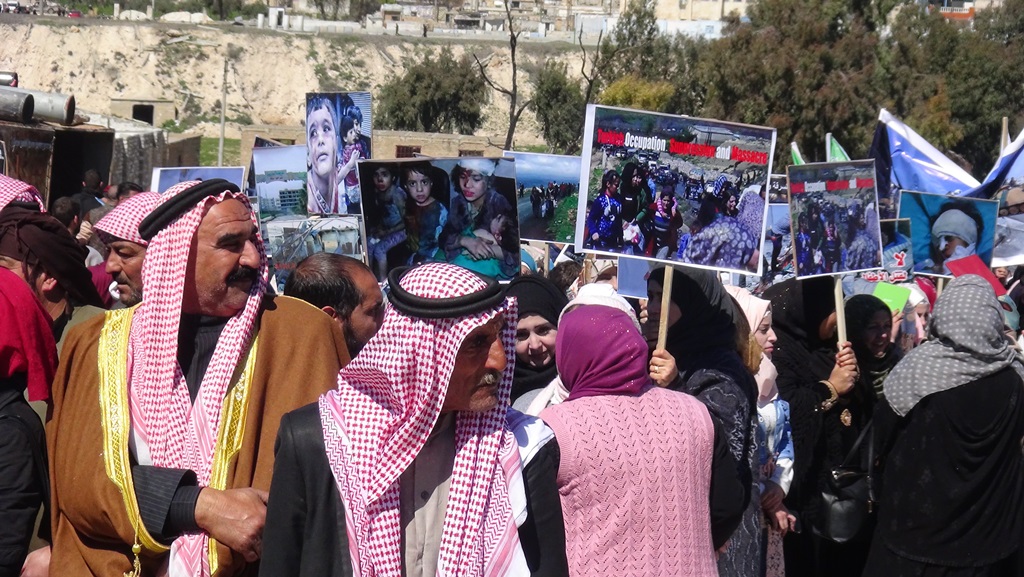 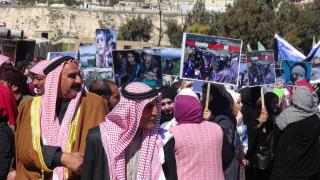 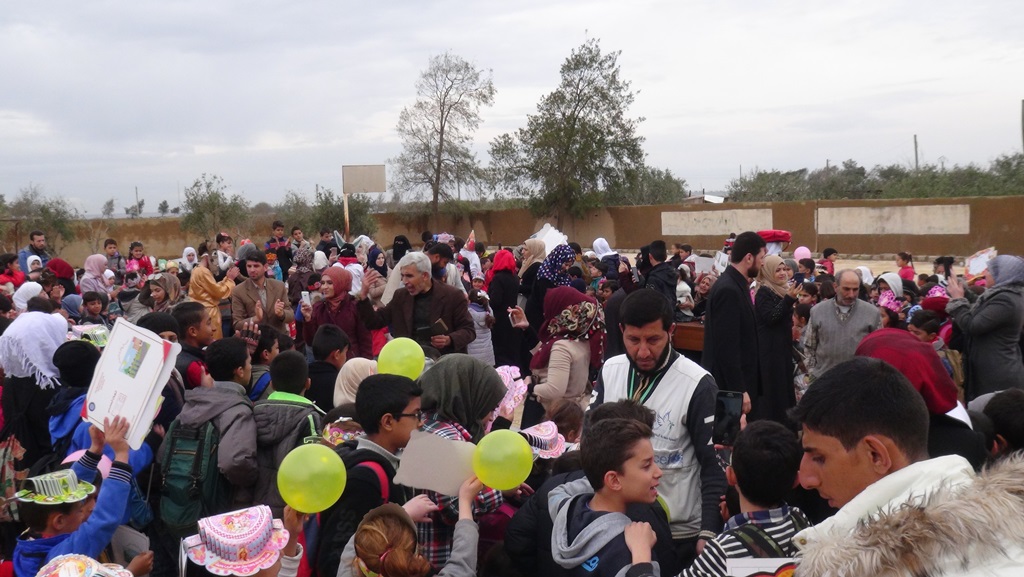 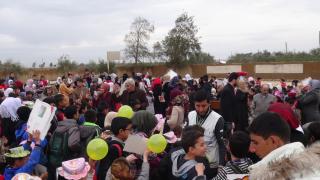 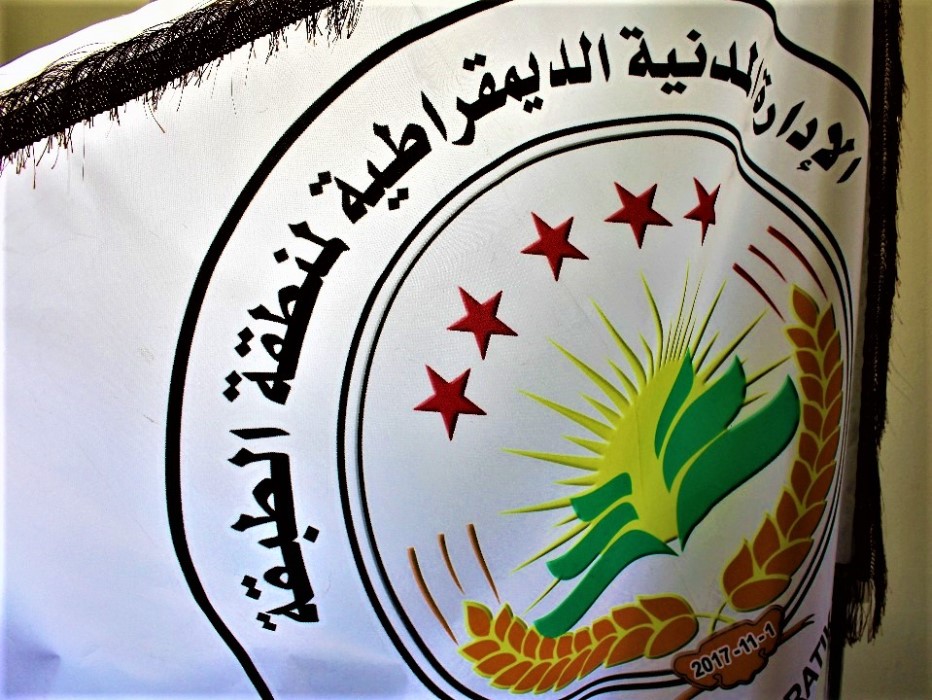 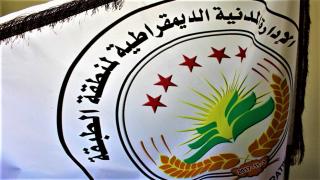 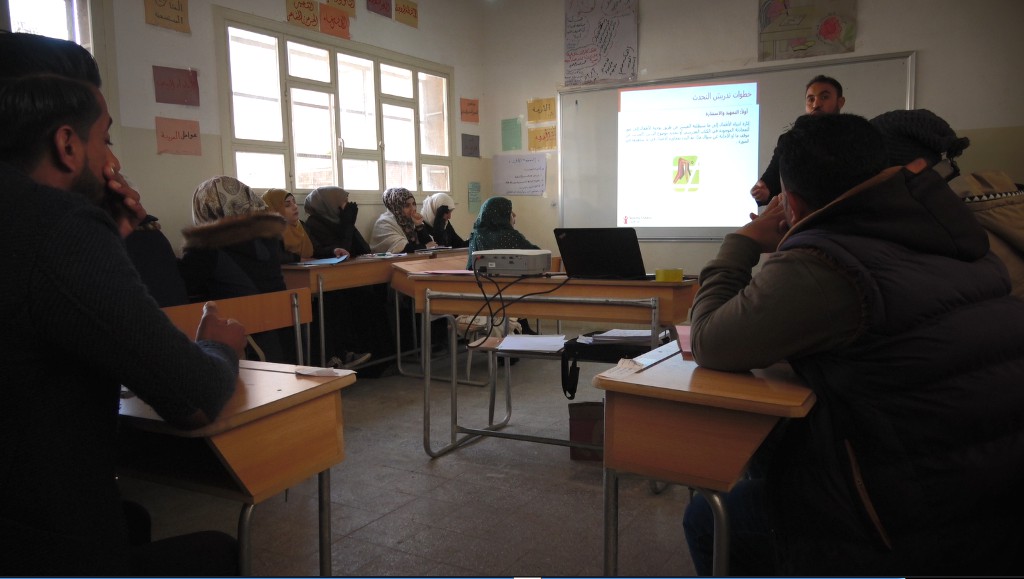 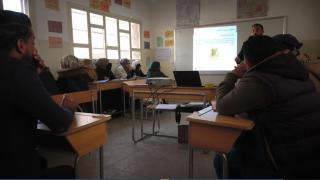 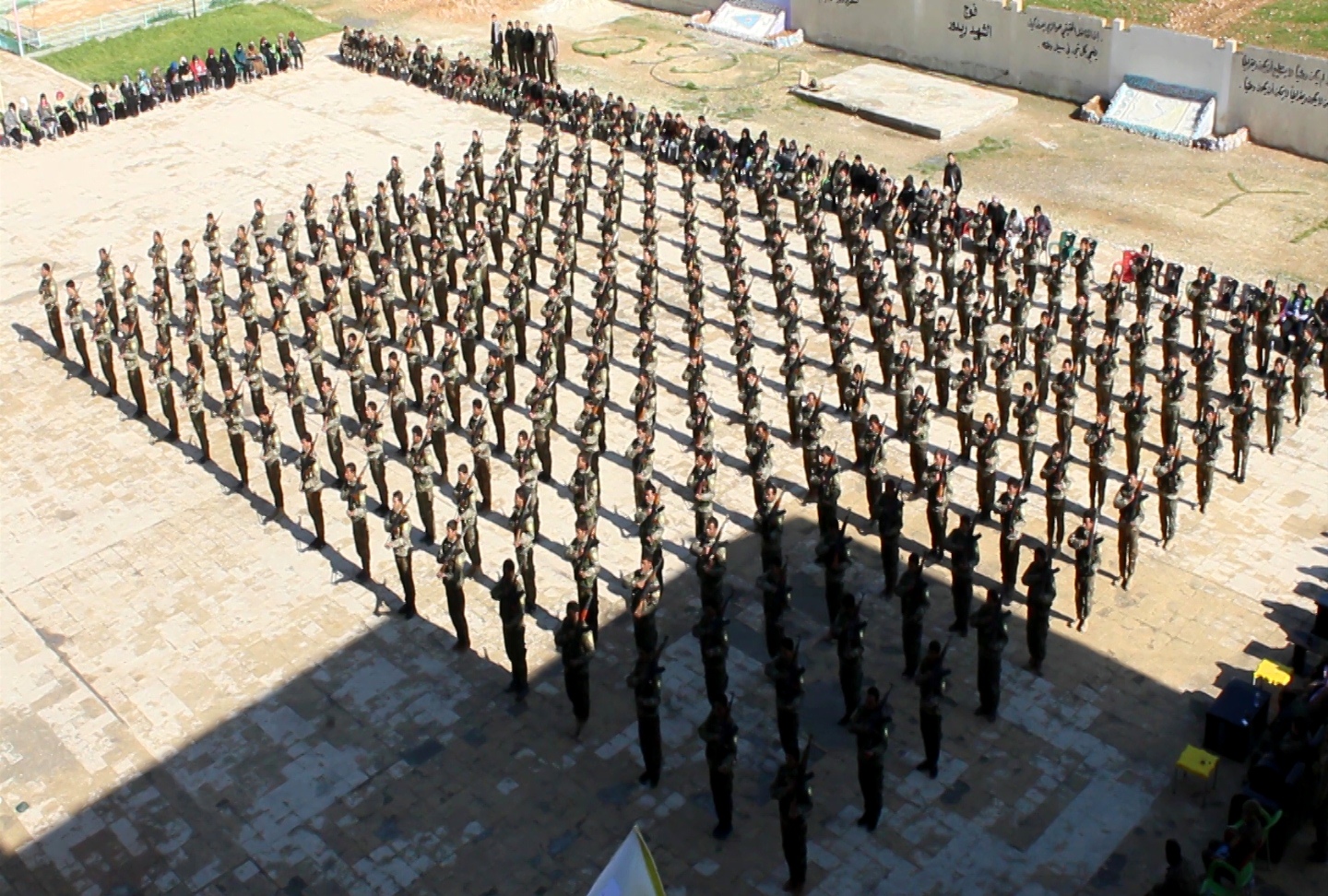 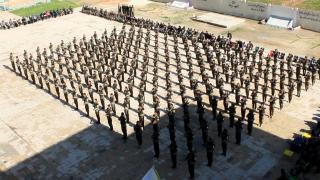 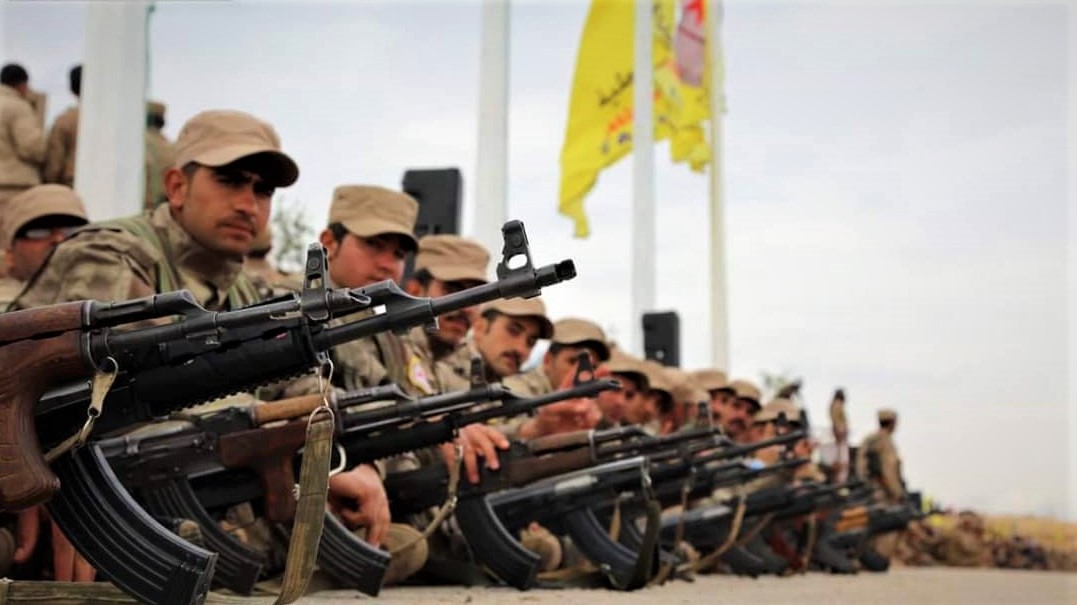 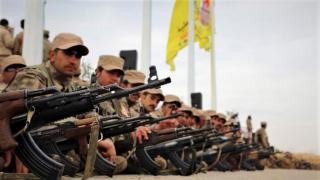 Al Sheikh Maqsood neighborhood in Aleppo city is an example of popular resistance, where the...

3 months have passed since Turkey occupied the city of Girê Spî/ Tel-Abyed  , and since ...
Old Website

Afrin people denounce Aqiba massacre, saying we will not give up our land