As part of the series of events held to denounce the isolation imposed on the leader Abdullah Ocalan in the four parts of Kurdistan and the world, the General Council of al-Sheikh Maqsoud and Ashrafieh neighborhoods organized a demonstration to confirm the people's standing with Imrali's resistance.

The demonstration began in front of the meeting headquarters in the western part of Sheikh Maqsoud neighborhood, and toured a number of streets in al-Sheikh Maqsoud and Ashrafieh neighborhoods, during which the demonstrators carried pictures of the leader Abdullah Ocalan, the flags of the Democratic Society Movement and the Kongra Star.

Upon the arrival of the demonstrators at al-Estiqamah Park, they held a minute of silence, followed by two speeches delivered by each of the Administrator in the Democratic Society Movement, Sabri Afrin, and the Administrator at the Kongra Star, Fajin Mohamed. The two words affirmed that the people are ready to go to all arenas and work to escalate the struggle until the freedom of the leader is achieved.

The two words indicated that Imrali's resistance represents the free thought resistance in the face of fascism and global capitalism, and that the time has come to announce the escalation of the struggle and to offer help to the resistance of Imrali and to the leader Abdullah Ocalan.

The demonstration ended by chanting slogans saluting Imrali's resistance, and calling for breaking the isolation imposed on the leader Abdullah Ocalan. 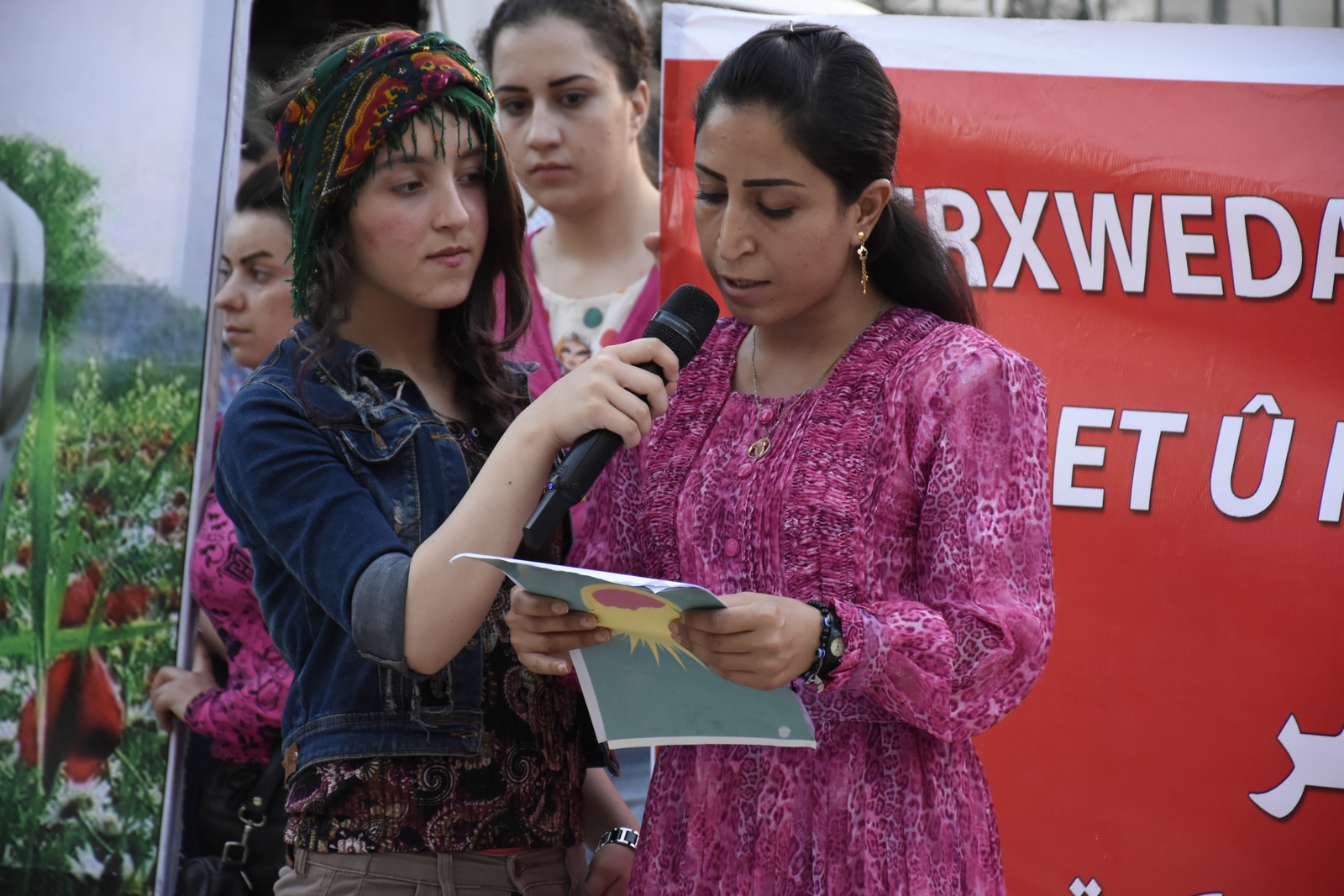 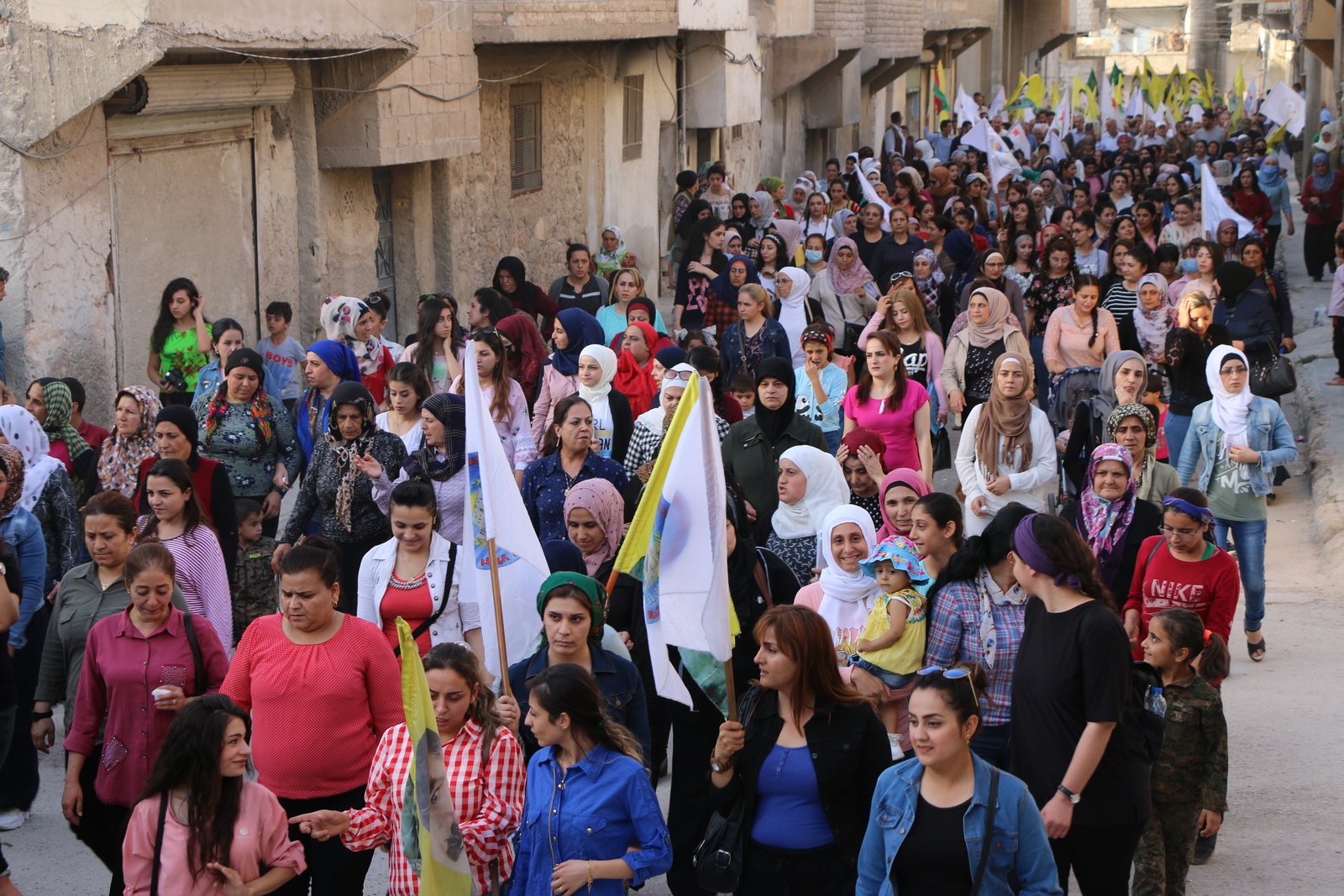 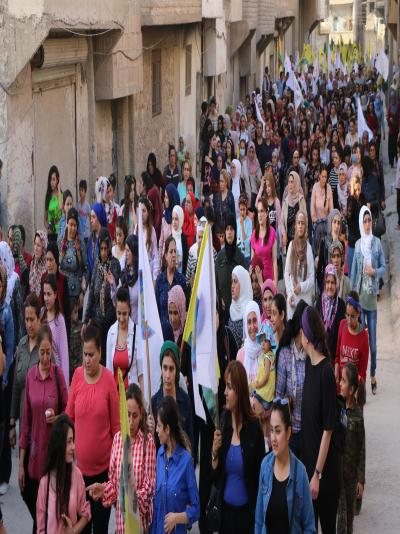 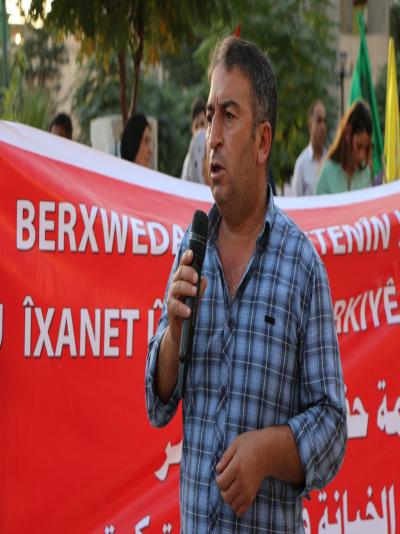 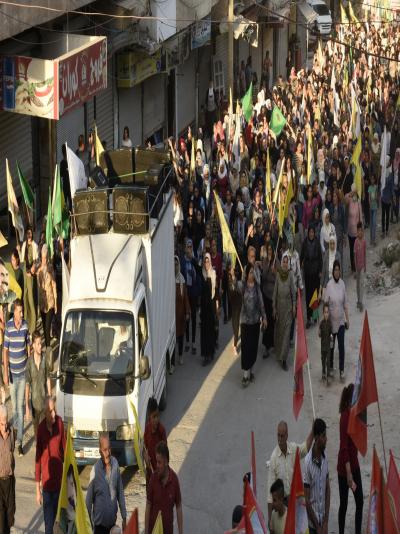 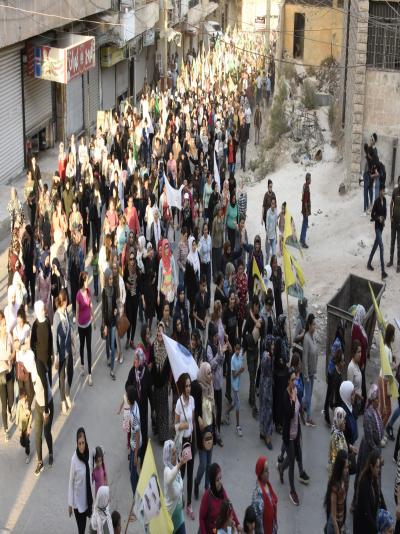 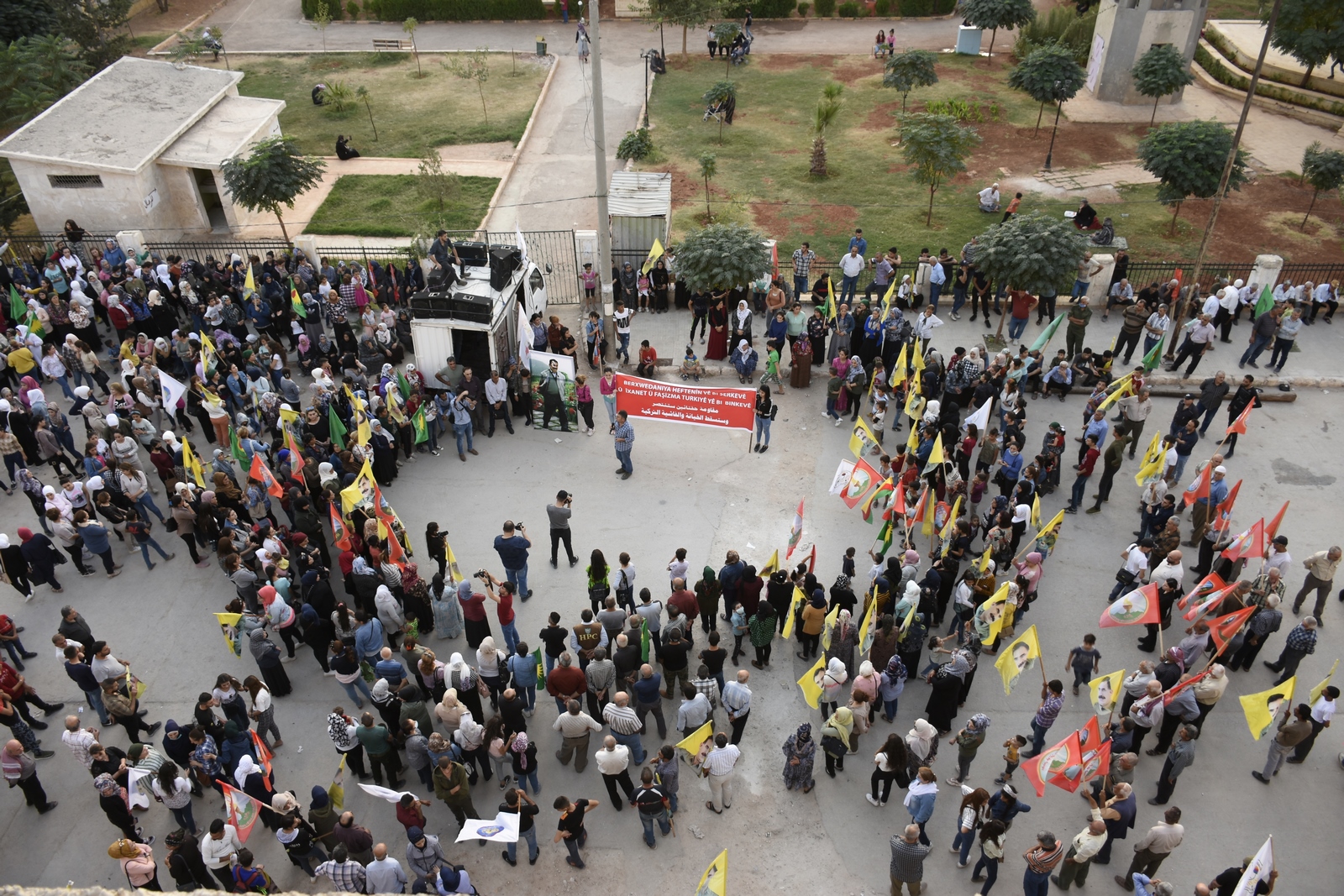 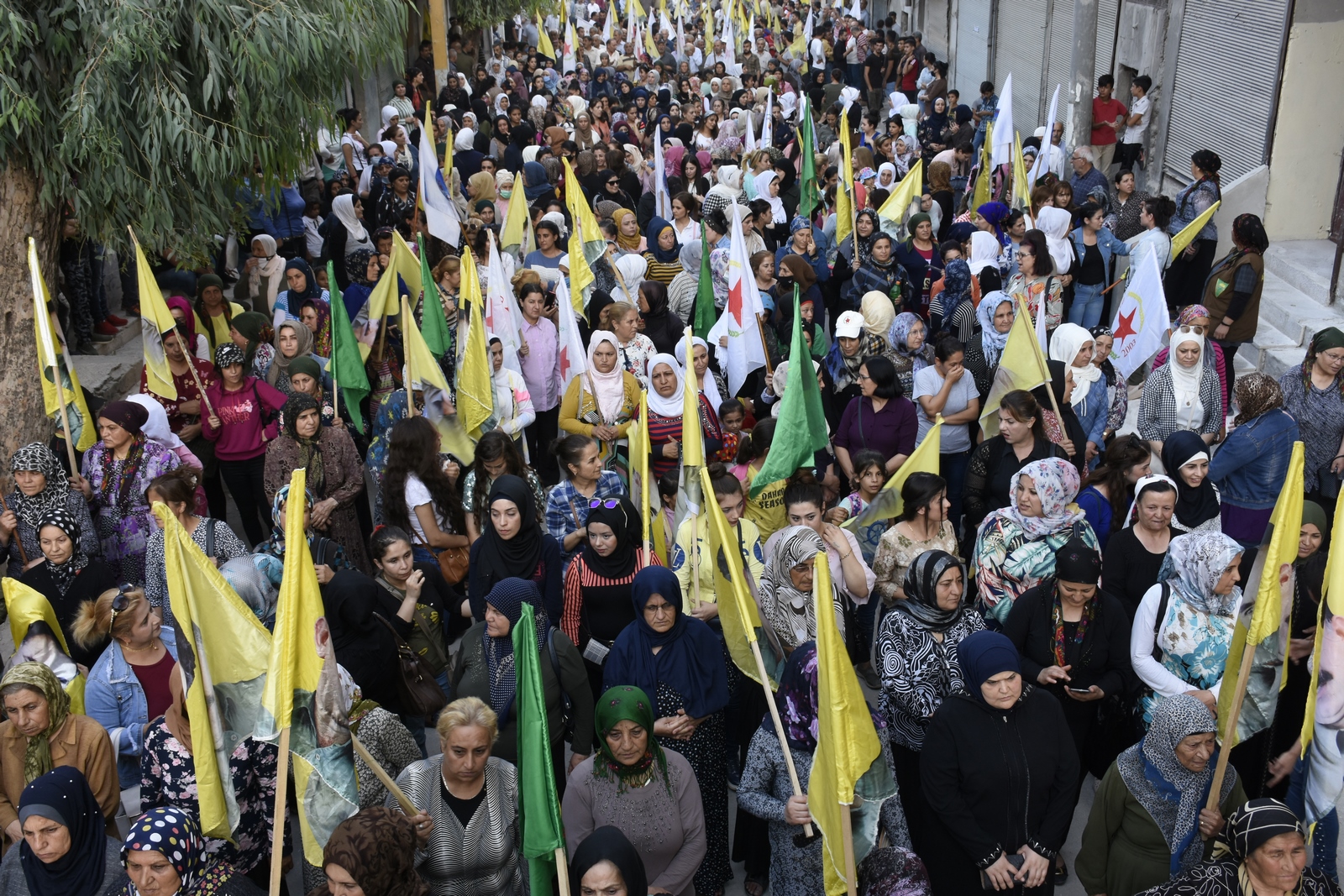 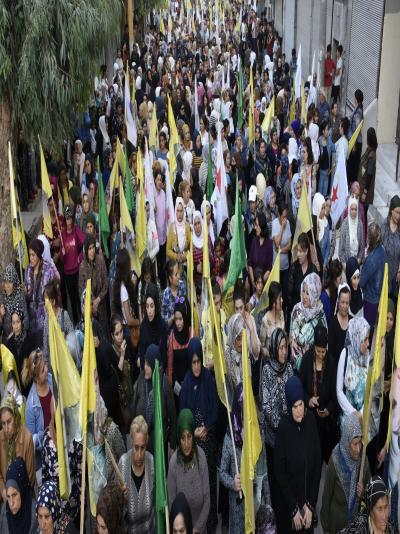 At least 13 civilians were wounded in the result of the Turkish mercenaries' attack on Iska ...

The Damascus government announced this evening that it has raised the selling price of flour...
Old Website

KNK's co-chair: We are ready to mediate among Kurdish forces