In response, the administrator of the Human Rights Organization of Jazira, Avin Juma, said that they were aware of the difficulties experienced by the people owing to the decline in the water level of the Euphrates River, particularly with the dearth of monsoon rains during the year.

Avin noted that Turkey's practices in reducing the water level of the Euphrates River are "a prelude to genocide, through the thirst of the people, the dehydration of the region and the endangerment of the population, especially in the light of the spread of the COVID 19." 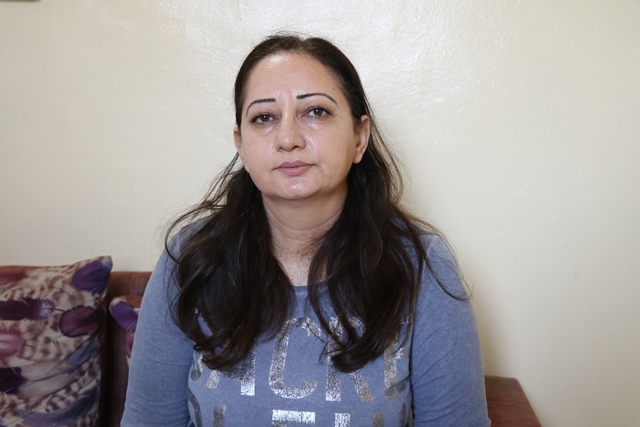 Avin drew attention to the legal standards agreed by Syria, Turkey and Iraq with regard to the water rations of the Euphrates River: "Legally and in accordance with Rome's law, the blocking of the waters of the Euphrates River is a war crime and a crime of genocide. It is a violation of the treaty signed between Syria, Iraq and Turkey on Syria and Iraq's share of the waters of the Euphrates River, which is supposed to be 500 cubic meters per second, but for the time being it has been reduced to less than a quarter. It therefore requires the Damascus Government and the Iraqi Government to fulfil their duty in this regard and to file a complaint against Turkey with the International Court of Justice. "

'Preparation of a detailed report on the fact of the Euphrates River level reduction '
About what can be done by Jazira Human Rights Association to curb these violations, Avin Juma said: "We are currently preparing a detailed report on the fact that the Euphrates River has been lowered, to be submitted to rights bodies, where we call for a complaint to the United Nations, to put pressure on Turkey to limit its systematic violations against the people."

'People at stake of an environmental disaster '
The Human Rights in Jazira administrator appealed to the United Nations and human rights organizations on the issue of food and population security to play their part, and to pressure Turkey to provide Syria and Iraq with a share of the Euphrates River to save the region from an environmental disaster threatening food security in the region, the consequences of which are now emerging.