Amid the efforts of the Autonomous Administration and its committees in north and east Syria to avoid the emergence of the Corona virus in the region, and to intensify precautionary measures to protect the people from this pandemic that has swept the world and claimed thousands of lives, the administration appealed to the people of al-Jazeera region, to adhere to the declared procedures and the obligation to stay in the homes.

After the extension of the curfew on April 7 in the regions of northern and eastern Syria for an additional 15 days, the Internal Security Forces and emergency and ambulance teams tightened their procedures on the entrances and exits of cities, districts and towns to stave off the appearance of the Corona virus in them, amid the outbreak of the virus in the surrounding areas.

The checkpoints were attached to the emergency and ambulance teams, whose mission is to examine the entrants and those leaving who are excluded from the circulation of the ban, such as workers in hospitals and public and private health centers, international organizations, the cross and the Red Crescent, pharmacies, sterilization committees, dustmen, bakeries and food stores exclusively, and food transport cars, children's formula, fuel tanks’ drivers, media institutions and journalists, by means of a heat tester to ensure their safety.

The paramedic in the Health and Emergency teams of the Health Authority, Abdullah Al-Nayef, explained: “Most of our focus is on those coming from outside the canton and examining them using a temperature measuring device to ensure their safety before entering the city, so we have secured its entry in a proper and healthy way.”

Abdullah Al-Nayef confirmed that if they suspected symptoms of the Corona virus after measuring the temperature, they would communicate with the emergency teams in order to carry out the necessary examination to ensure their health, and in case of suspicion of infection with the virus, they would be placed in quarantine centers.

Abdullah Al-Nayef said: "We suspected two cases after measuring their temperature, and when conducted tests, it was found that they had TB and meningitis."

While a member of the Internal Security Forces (Asayiş) Muhammad Abdullah Badr confirmed that they only allow those who carry official missions to enter the city, and those who are exempted from the ban decision, and everyone undergoes a temperature measurement test to ensure that they do not carry the virus, and called on the people to cooperate and help with them, and not underestimate this disease because it fought without a doubt.

Issam Ibrahim, a resident of the villages adjacent to the city of Qamishlo, was present at the entrance to the city waiting for the completion of the procedures to enter the city, and on the reason going out, he explained: "I came from the village of Karbawi for an emergency circumstance, but we are committed to the decision of curfew, these decisions were enacted to protect us."

Ibrahim praised the efforts made by the Internal Security Forces and intensified them from their checkpoints in cooperation and coordination with the Health Authority and doing their duty to the fullest, and appealed to people to consider the extent of this virus’s risk to their health, and the need to adhere to the decisions issued wishing everyone to stay in their homes and not to go out except for the necessity.

Prevention is better than cure

As for the citizen Najah Musa, who is 62 years old, she went out to buy some food and necessary supplies, after taking preventive measures such as wearing gloves and a mask to protect herself from bacteria and for her safety, she said: “Prevention is better than cure at this stage, and I hope that the people protect themselves, because our potential does not suffice, so prevention is better than cure. "

Nagla Tammo called on the families to abide by the decisions issued of the administration and stay in the houses, and she said: "Everyone must stay in their homes because this virus is contagious, and if there is an infection, staying at home protects others."

Regarding the reason for her leaving the house, she said: "Some assistance was sent to us by the families who live in Europe, so we can distribute it to some needy families, people with low incomes, and some families who used to depend on their daily work, and we only come out as absolutely necessary."

Nagla Tammo mentioned some personal measures that she takes while leaving the house to distribute aid, and indicated that she wears gloves and masks, and maintains her personal hygiene, and uses sterilizers and alcoholic substances that would eliminate bacteria, keep away from crowded places, and keep two meters from any person she communicates with.

Ster Qasim also went out to distribute some aid to the needy, and she regretted the lack of commitment and compliance of many families with the decisions issued and the state of curfews imposed nearly a month ago.

Ster Qasim pointed out that the shops in many cases are largely open, and this is contrary to the curfew, so it is necessary to open two or three stores today, and this number is very sufficient, and the vehicles that roam without permission are held accountable. 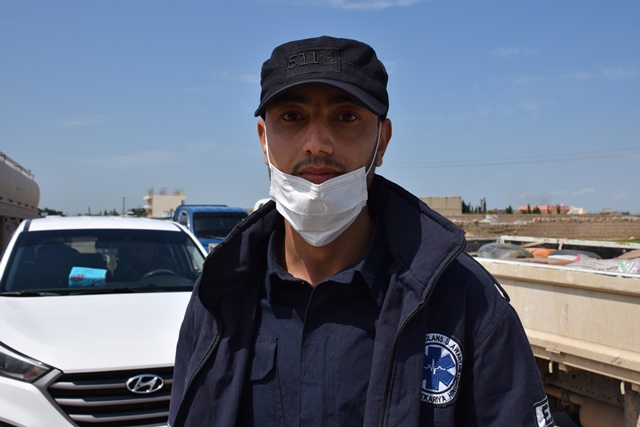 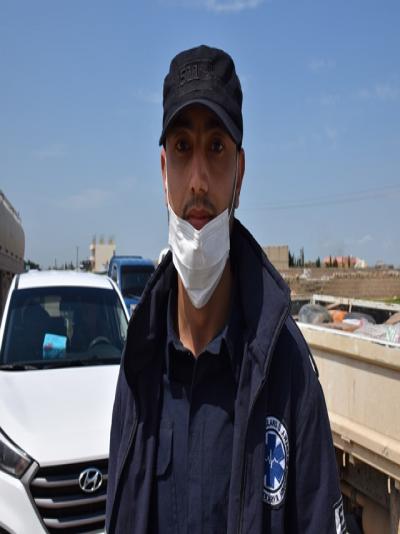 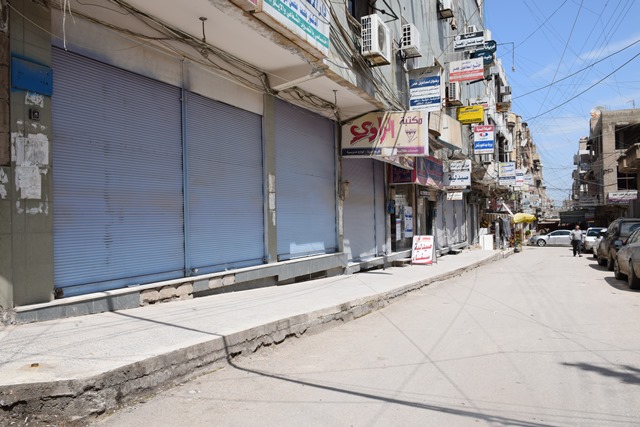 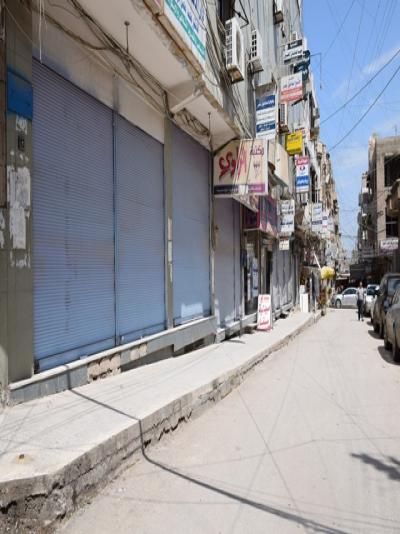 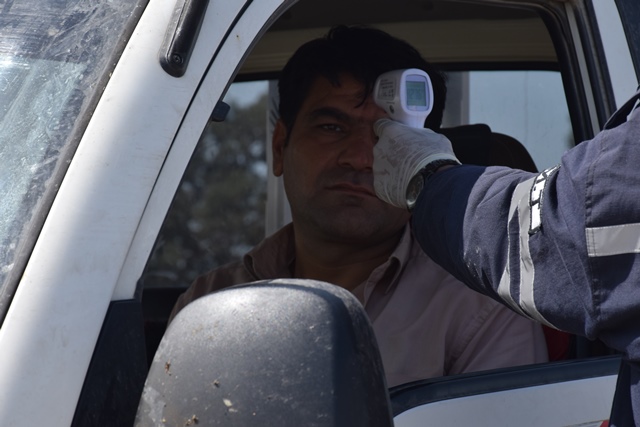 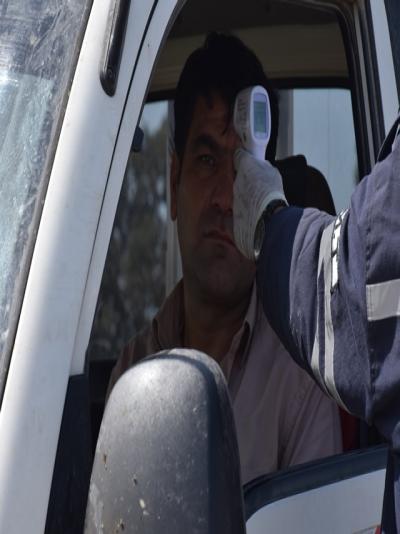 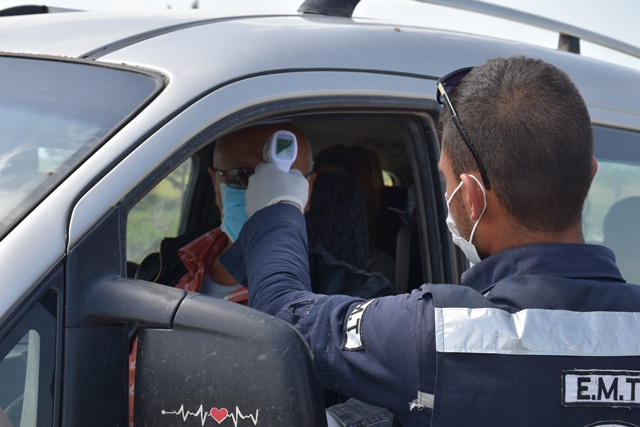 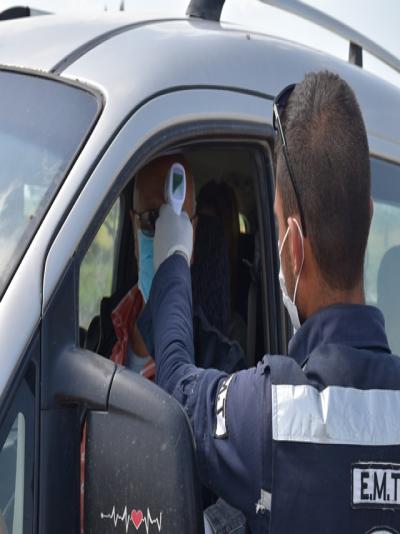 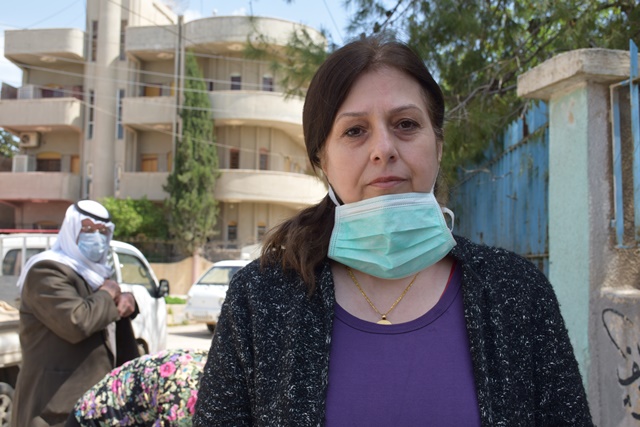 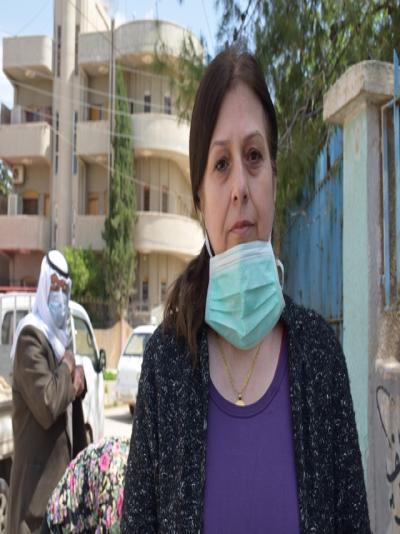 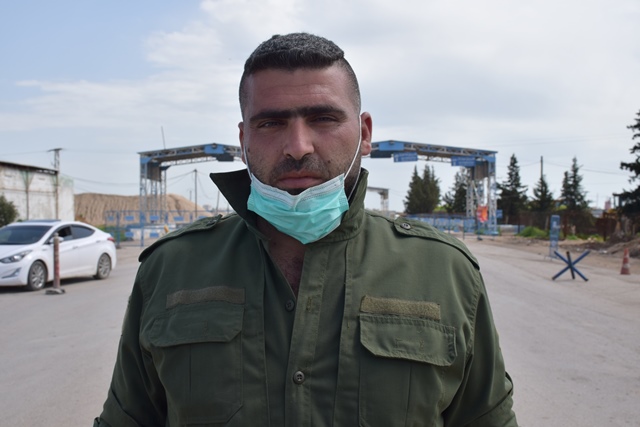 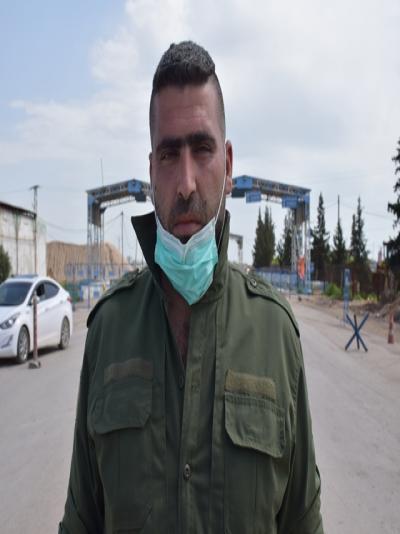 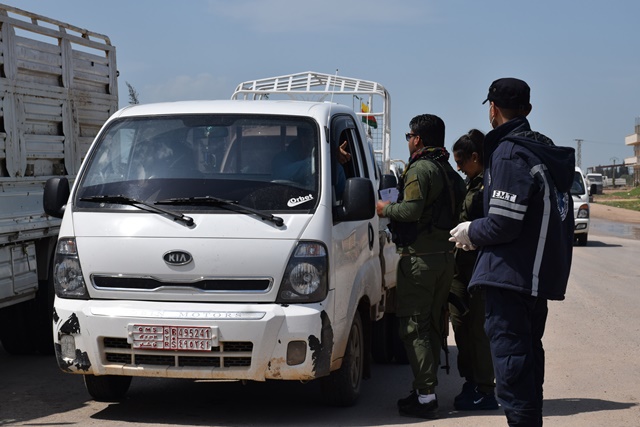 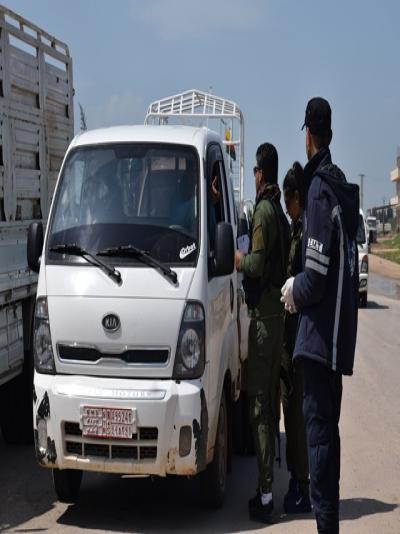 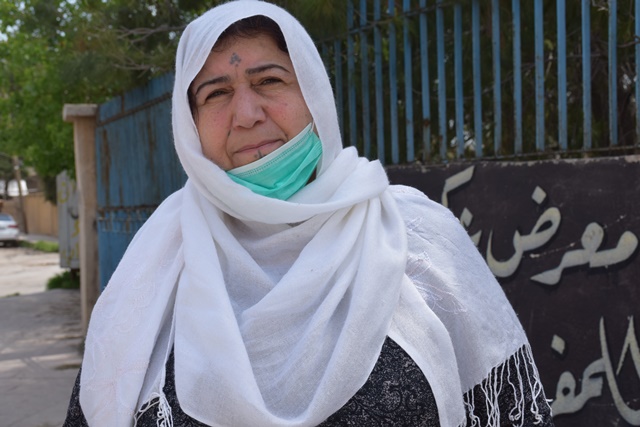 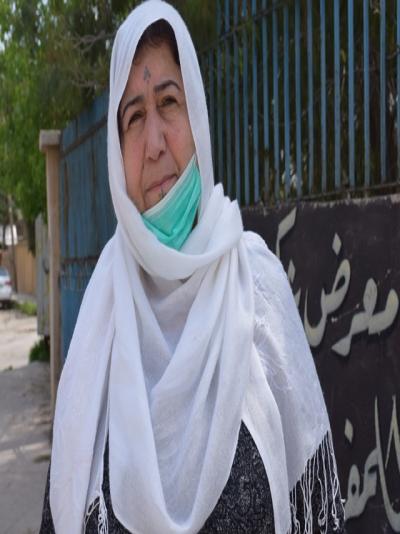 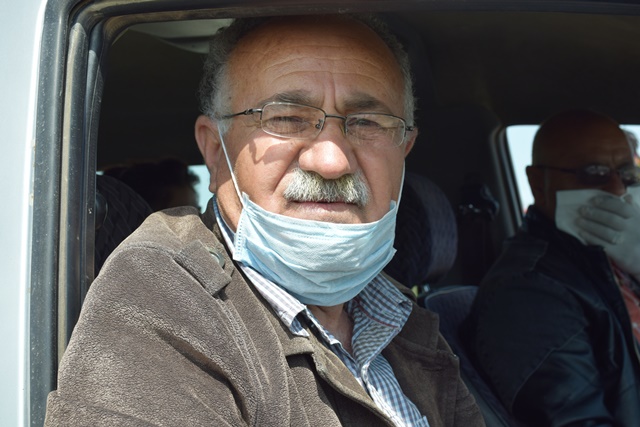 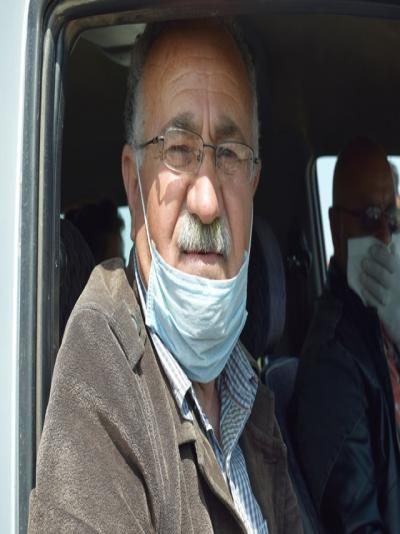 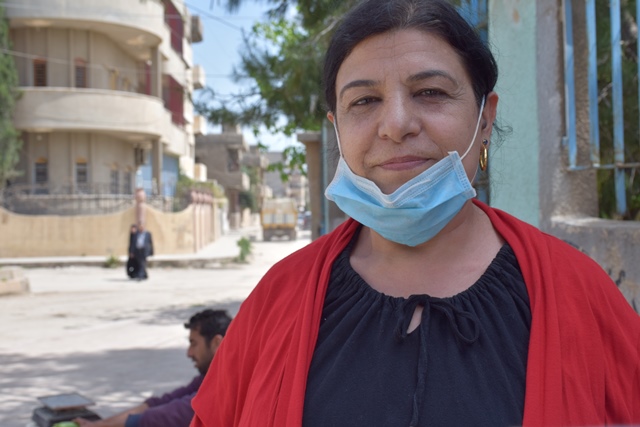 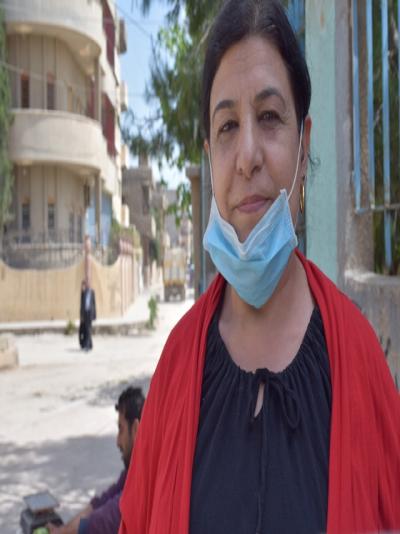 The Autonomous Administration (AA) of North and East Syria condemned the violations of the m...

The area called "De-escalation" witnessed clashes and mutual shelling between government for...

Fawza Yousef explained that the development of society is essentially and directly linked to...
Old Website

- Killing a commander in Sultan Murad south of Tripoli