The mourners marched in a solemn procession followed by slogans that glorify the martyr and headed towards the cemetery of the martyr Khader Hamada in Abu Khashab area.

The ceremony at the shrine began with holding a minute of silence, coinciding with a military parade held by the Internal Security Forces.

Followed by the speech of the commander in the Internal Security Forces, Ghazala Ahmed, who expressed their condolences to the Martyr's family and praised the role of the martyrs in maintaining security and protecting the people of the region from the attacks on them.

Then the certificate document was read by a member of the Council of the Families of Martyrs Wafa Jalal and handed over to the families of the martyr. 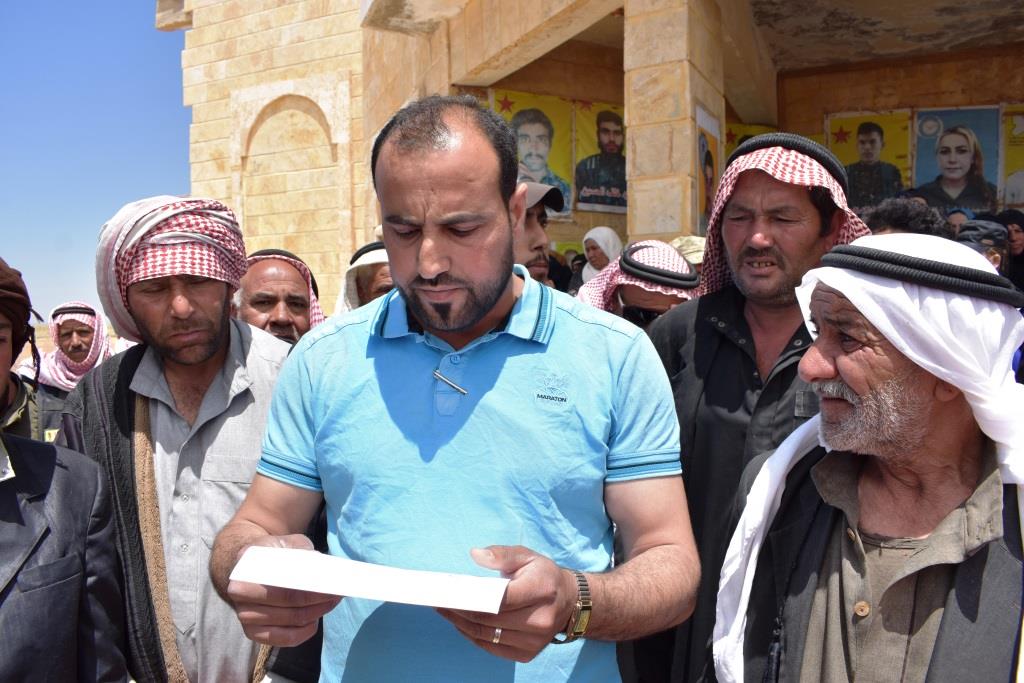 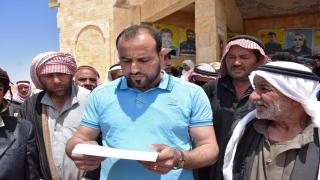 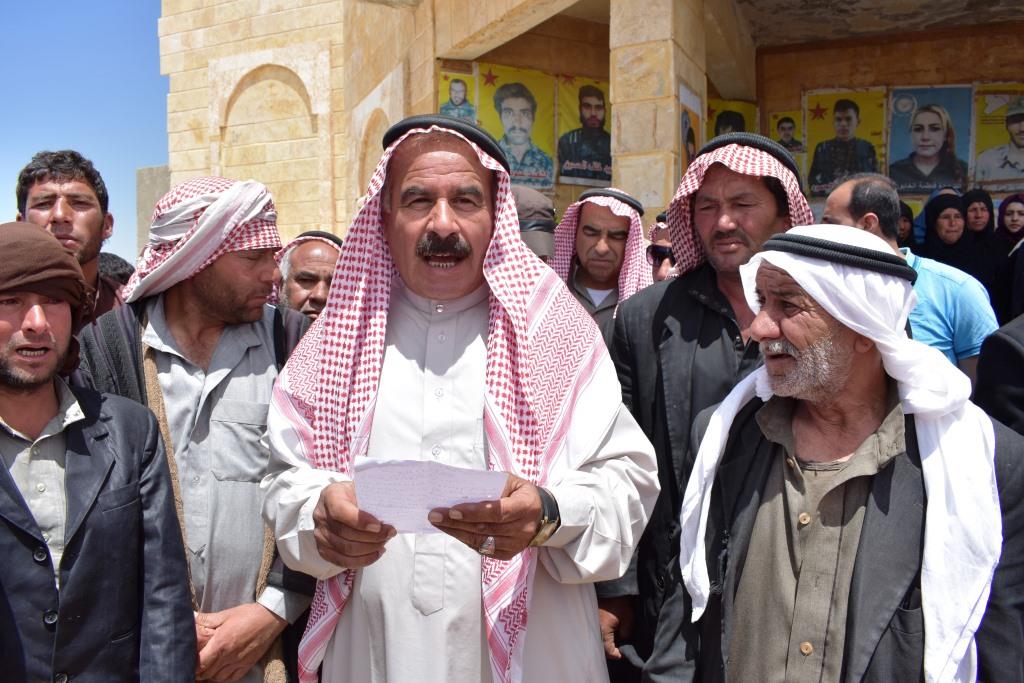 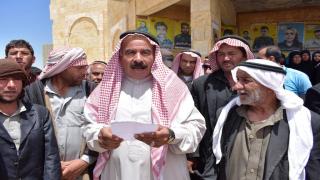 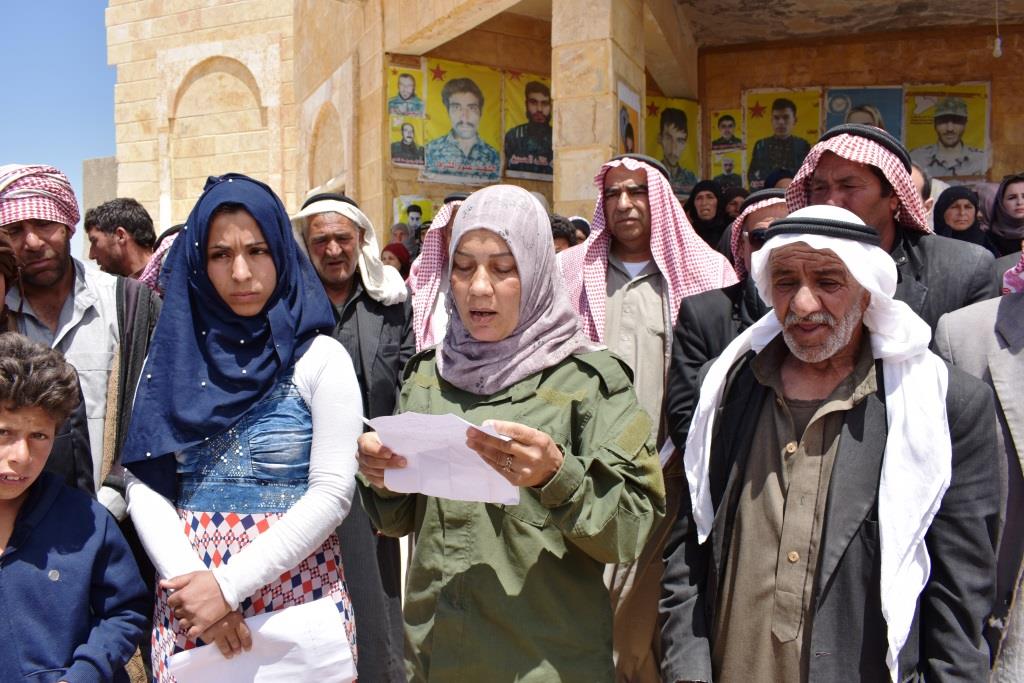 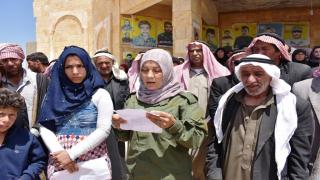 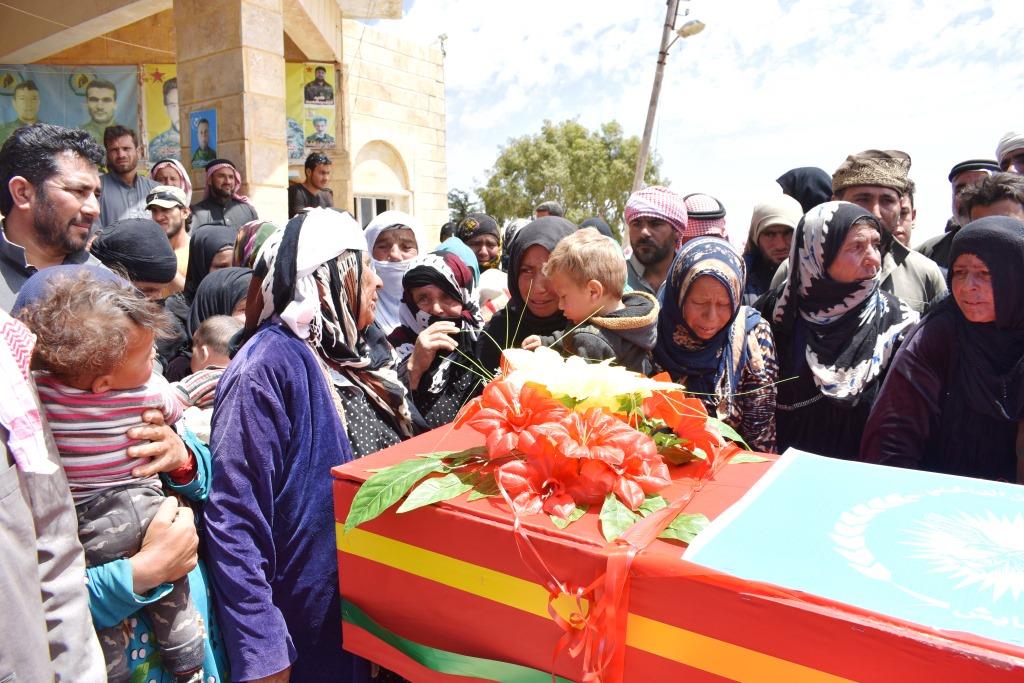 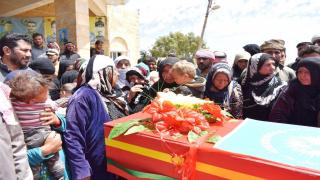 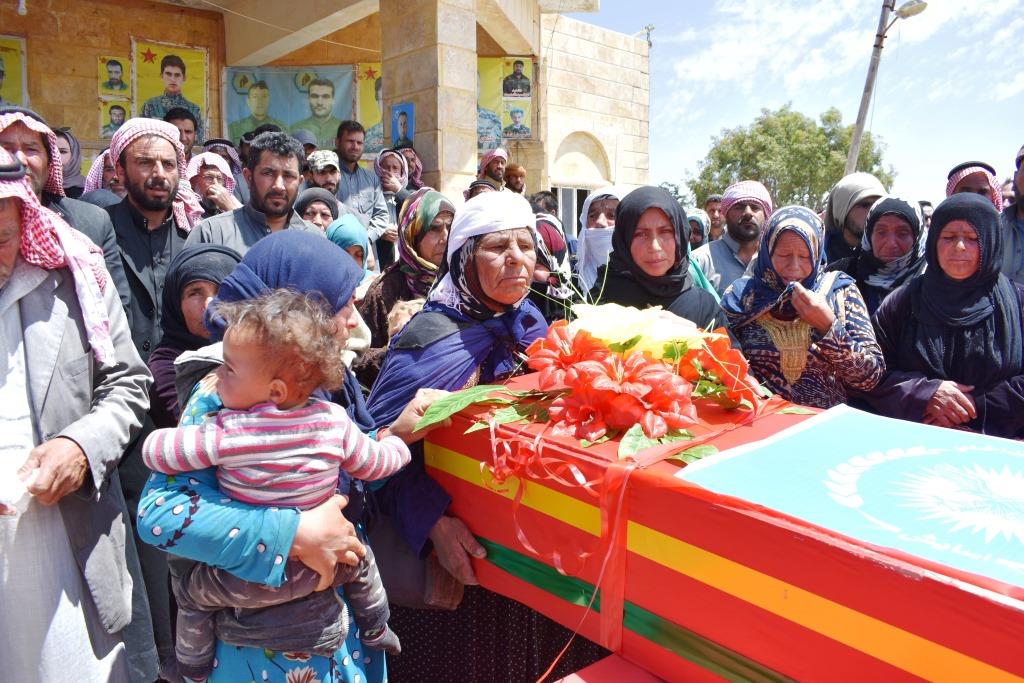 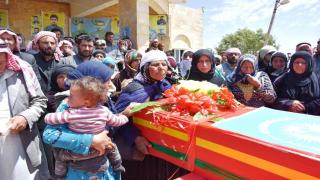 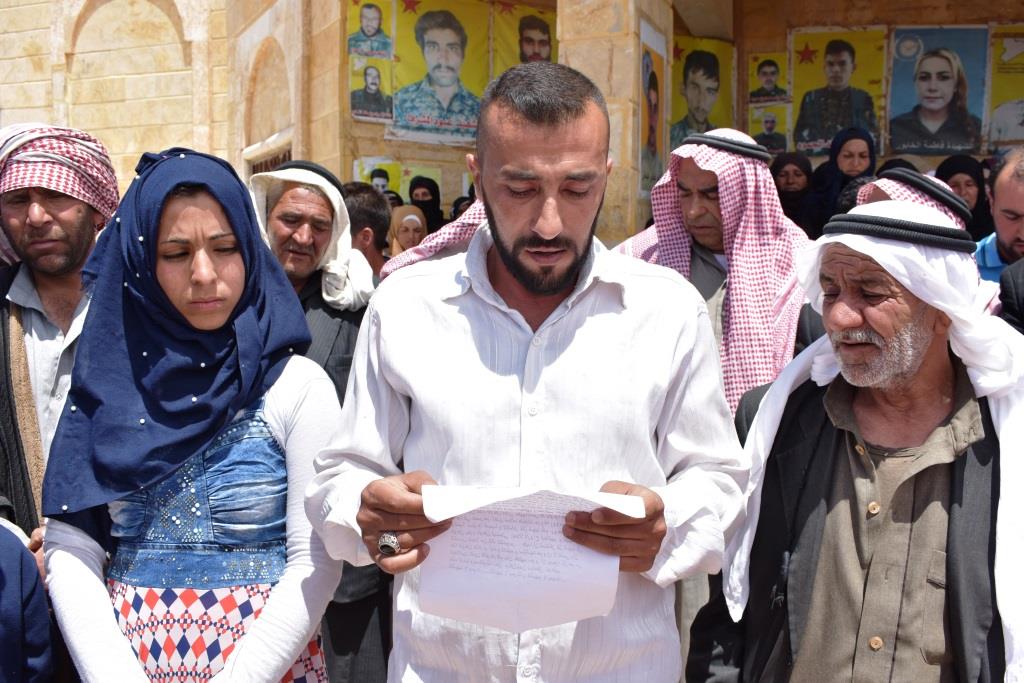 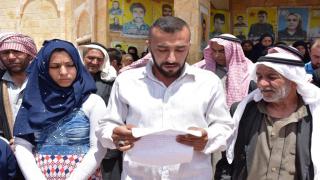 Commanders and fighters from al-Akkidat clan in Deir-ez-Zor explained that they joined the S...

The Al-Bureij clan appealed to its cousins ​​from the Al-Egeidat clan to show restraint ...
Old Website

- Fighters from al-Akkidat clan: SDF is only forces that fights injustice