Residents of the city of Kobani renewed their demands to thwart the Turkish aggression and threats to the areas of northern and eastern Syria, while calling on the Kurdish political forces to unite in order to face the risks targeting the gains of the Rojava revolution

Since mid-July, Turkey has threatened to occupy the north and east of Syria under false pretexts, while the administration of the region has made clear its position on the threats, stressing that it supports the principle of dialogue to resolve the outstanding issues in the region.

The people of the city of Kobani stressed the need to protect the borders of northern and eastern Syria  with Turkey.

"We will remain on our ancestral lands and defend them until the last breath," said Mohamed Uski Berry.

He called on the Kurdish parties to stand united against the threats of those who want to undermine the gains of the Rojava revolution.

Haji Issa Khalil warned that any Turkish occupation would cause a humanitarian catastrophe as happened in Afrin Region.

In turn, Saleh Jemal Mohammed stressed the need to unite the Kurdish rank, and to stand in the face of threats of the Turkish state.

The committee of the leader, Ocalan's freedom" issued a statement during a sit-in in front o...
Old Website 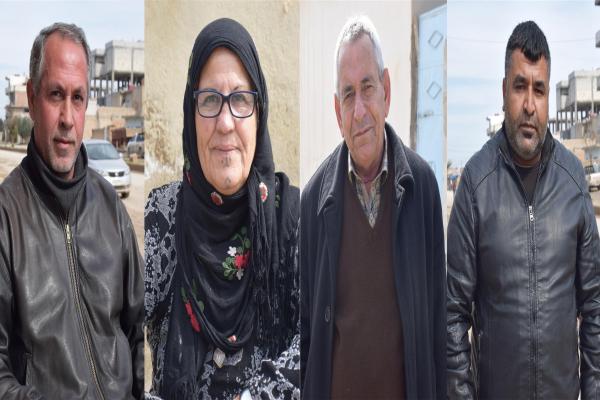