Ajlan was captured by an international conspiracy on the 15th of February 1999, and the activities condemning the conspiracy have not stopped since that date.

The demonstration was launched in the district of Ahras district in Al-Shahba district.

The demonstration was launched with the participation of hundreds of people from the two districts of Ahras, Tal Refaat, the families of the martyrs and the Youth Union for the Afrin region, carrying pictures of the leader Abdullah Ocalan and the flags of the Martyrs’ Families Council.

The demonstrators put black bands on their foreheads, in an expression of condemnation of the international conspiracy, a day known among the Kurds as the Black Day.

The demonstration roamed the streets of the district to the shrine of the martyrs of the Resistance of the Age.

In the shrine, a statement of the Martyrs 'Families' Council was read out in the Kurdish language, Avdar Dakhaz, and in the Arabic language Zakia Ismail.

The text of the statement said: "On February 15 of this year 2020 marks the 21st anniversary of the international conspiracy that led to the capture of the leader of the democratic nation, Abdullah Ocalan, this conspiracy through which they wanted to exterminate the Kurdish people, and all components of Kurdistan yearn for freedom, dignity and targeting thought, free will through the person of the leader, committing massacres and genocide against the people rising up against it.

The arrest of the leader by the countries of capitalist modernity that dominate the world, and its surrender to Turkish fascism is only evidence of the solidarity of those countries and regimes to stand in front of the will of the Kurdish people and break it, and confirm the existence of a large scheme in the region, and try to keep the leader out of the solution in the Middle East, and apply their capitalist project in the new Middle East, but the arrest of the leader increased Turkey’s isolation in the world and the region.

The international conspiracy is still continuing, by attacking and occupying the regions of northern and eastern Syria and conducting demographic change, and the severe isolation contrary to international institutes and charters against the leader, the arrest of parliamentarians, journalists, and the elected mayors, not to mention appointing agents of the Justice and Development Party instead.

Leader Apo is the key to resolving all the problems of Turkey and the region, ending all conflicts and wars in the Middle East, and in order to accelerate the political and democratic solution to the Turkish state and the international community, the isolation imposed on him must be lifted, because the freedom of the leader is the freedom of all struggling peoples from for freedom and dignity.

On behalf of the families of the martyrs, we condemn and denounce in the strongest terms the international conspiracy that infringed the freedom of the leader and targeted our will through him, and we remain on the path of the martyrs, and we continue to resist until the isolation on him if lifted and his liberation from his prison.

We also condemn and denounce the silence of international and human rights organizations on the conspiracy and arbitrary measures against the leader, the isolation imposed on him by imposing illegal and immoral measures and not taking into account his old age and his health condition, in very harsh conditions of isolation, and we call on them to break their silence to end this conspiracy and liberate Ocalan. 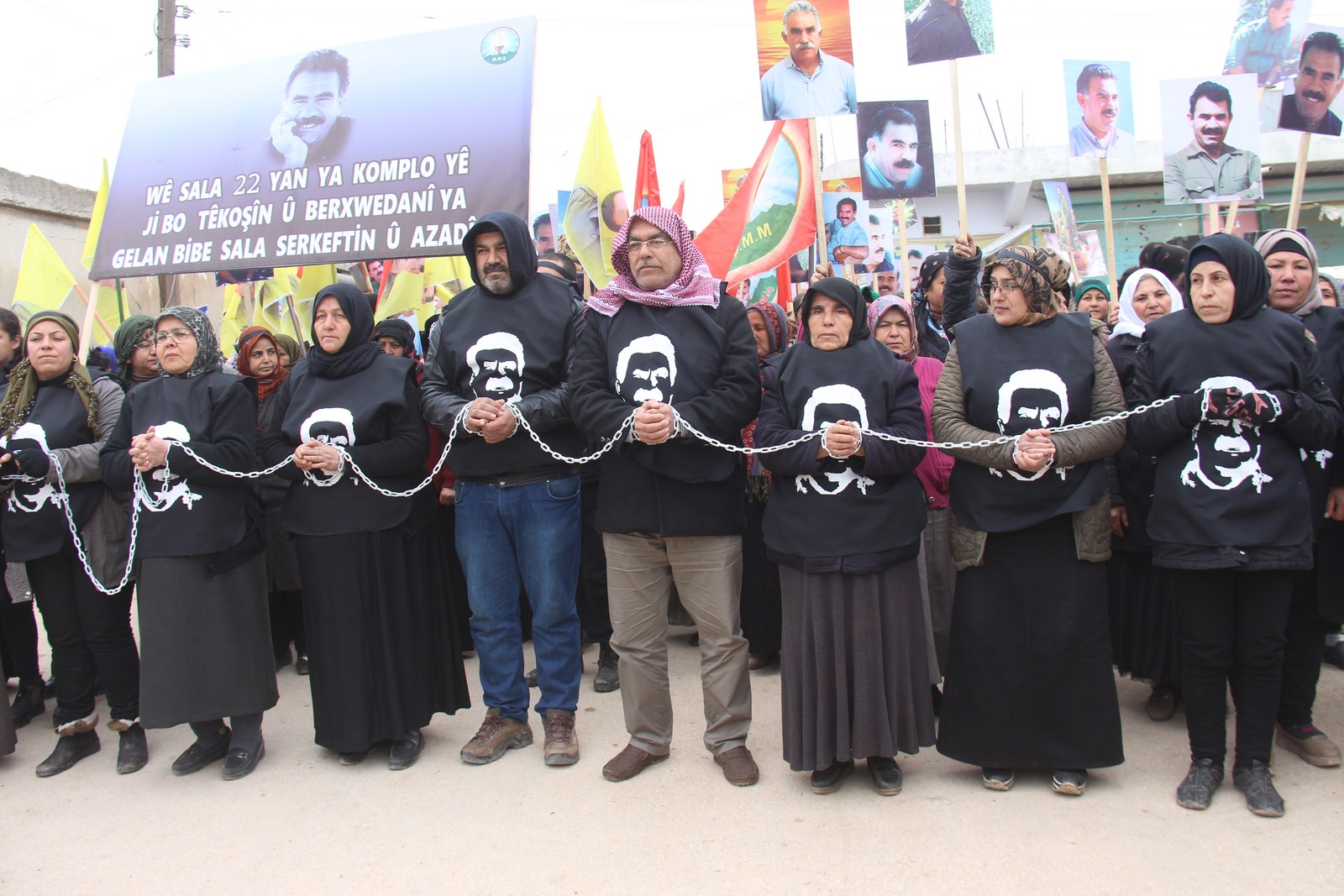 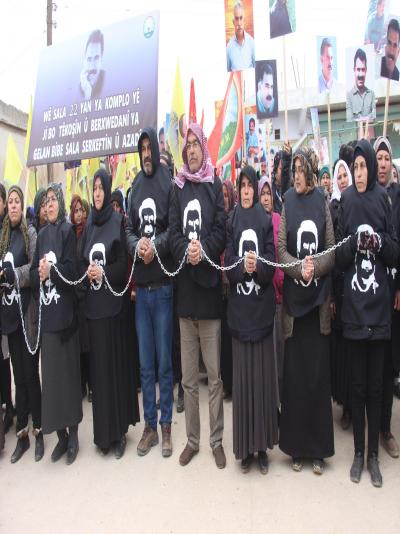 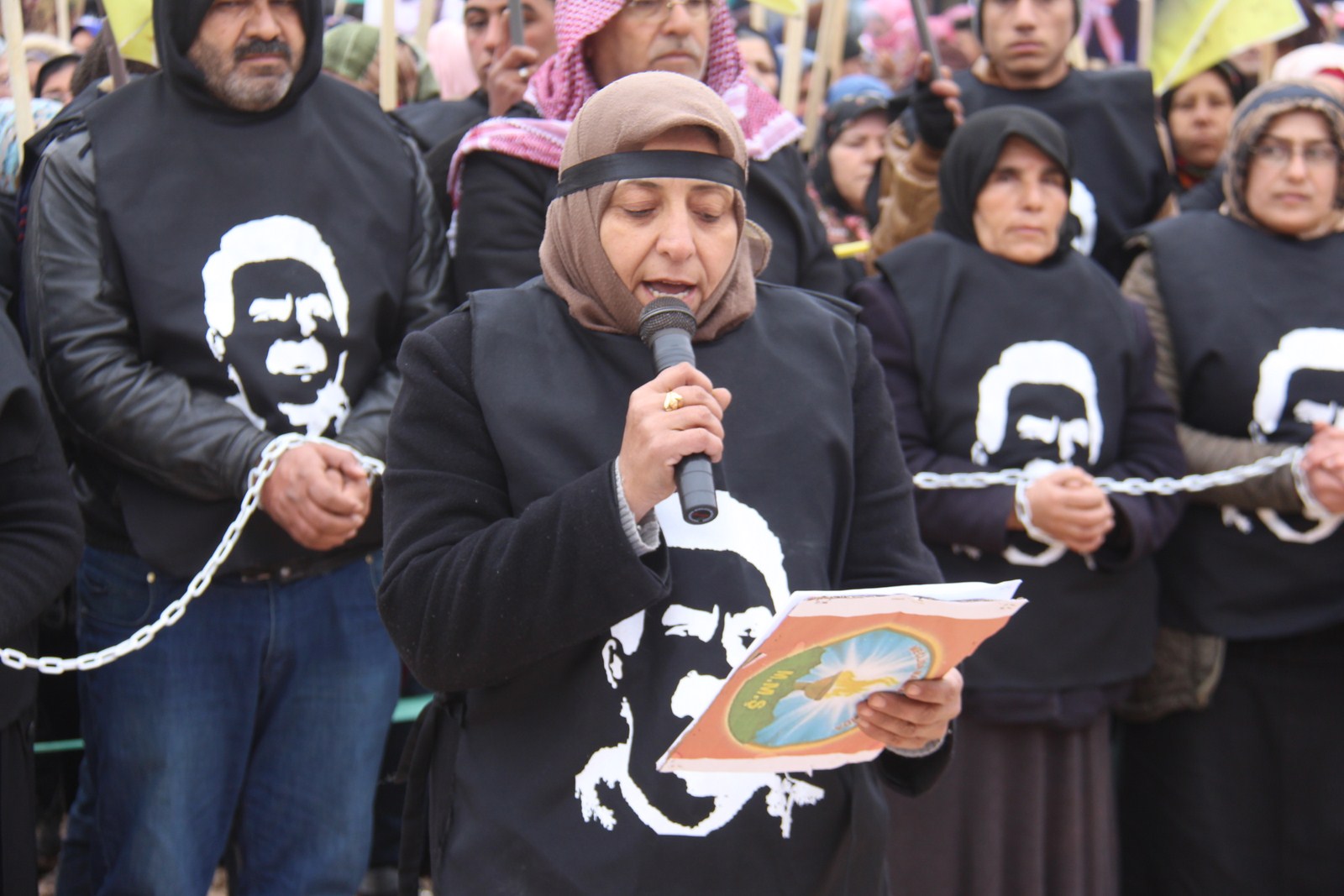 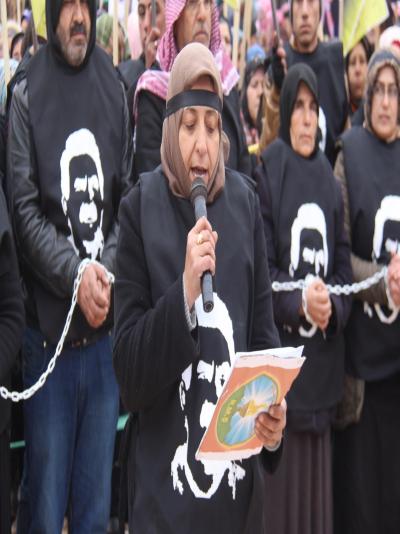 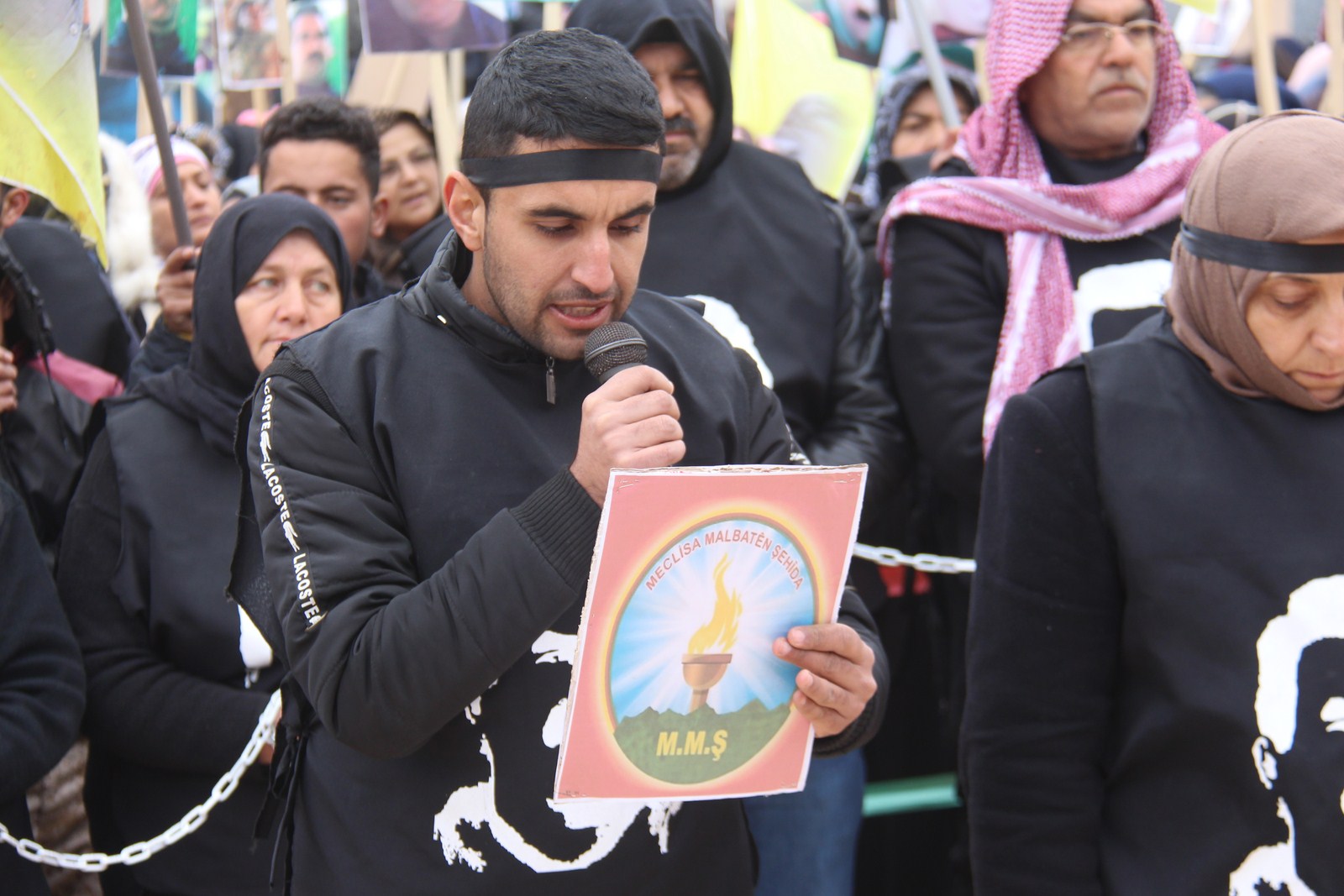 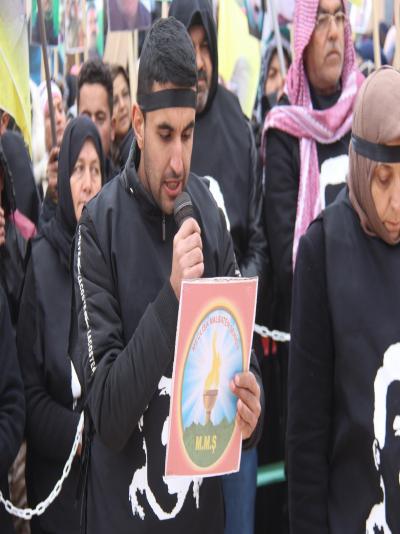 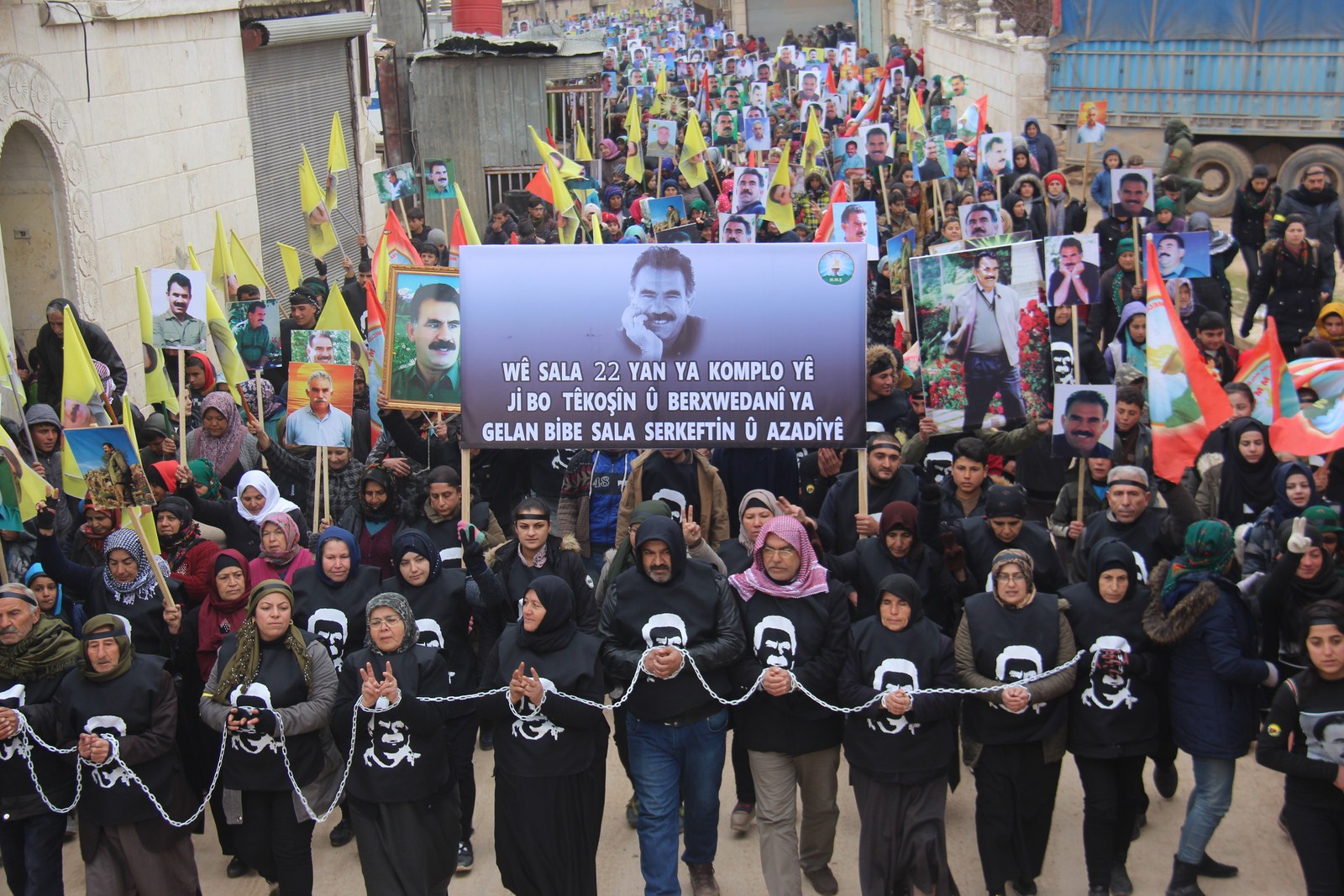 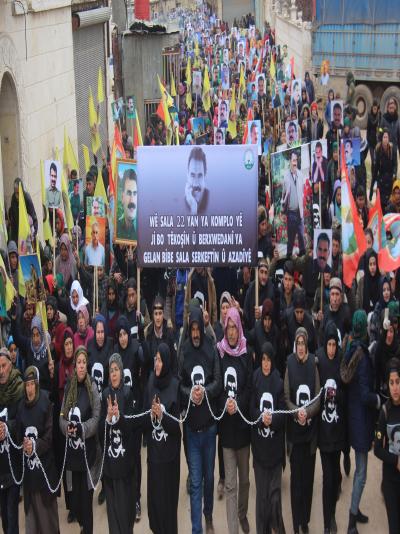 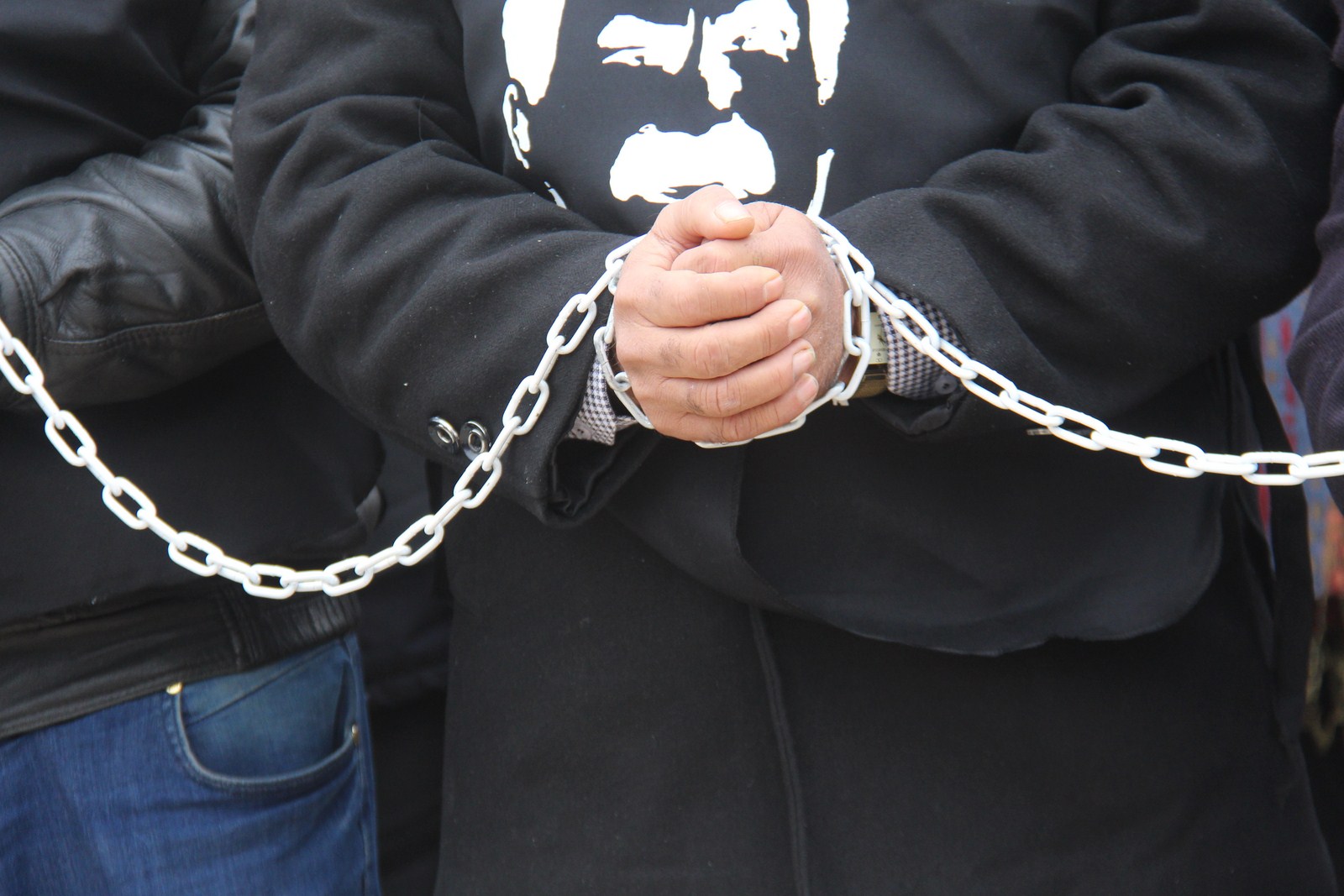 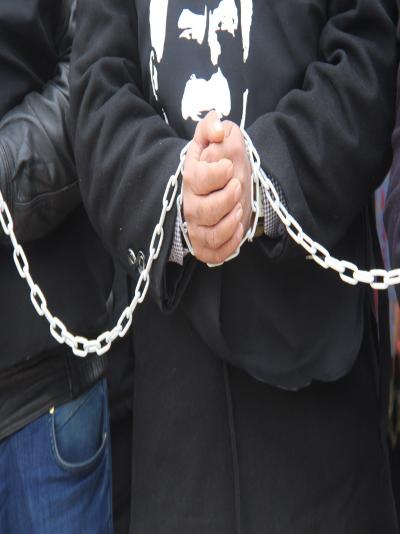 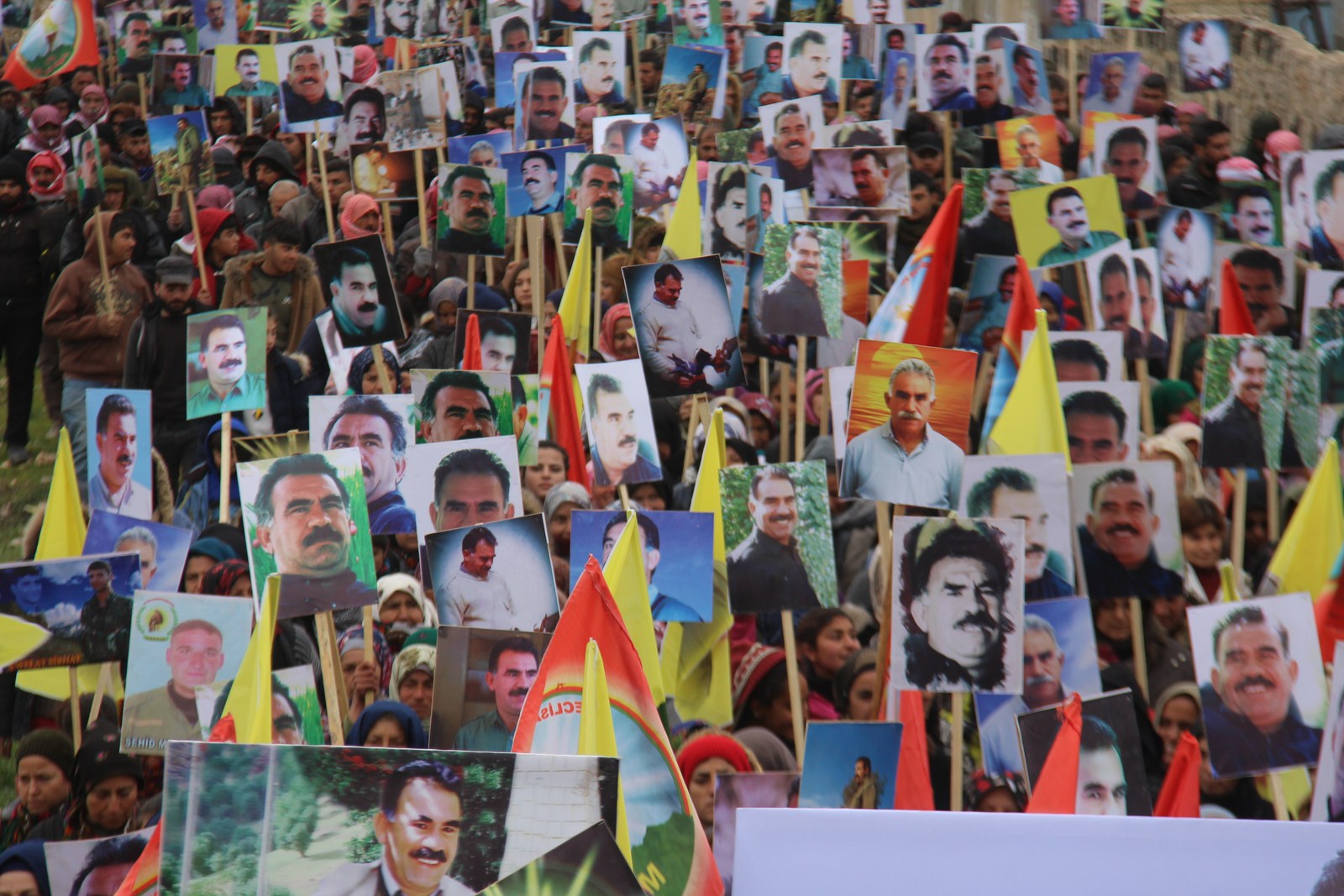 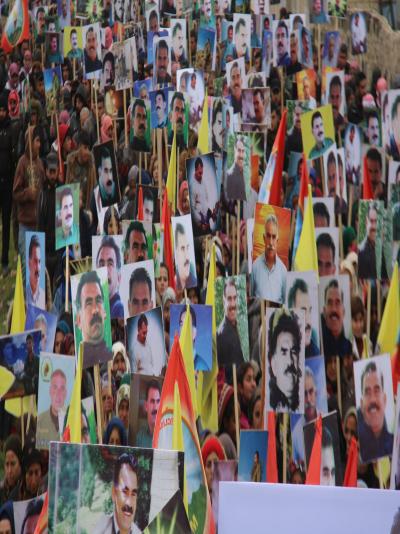 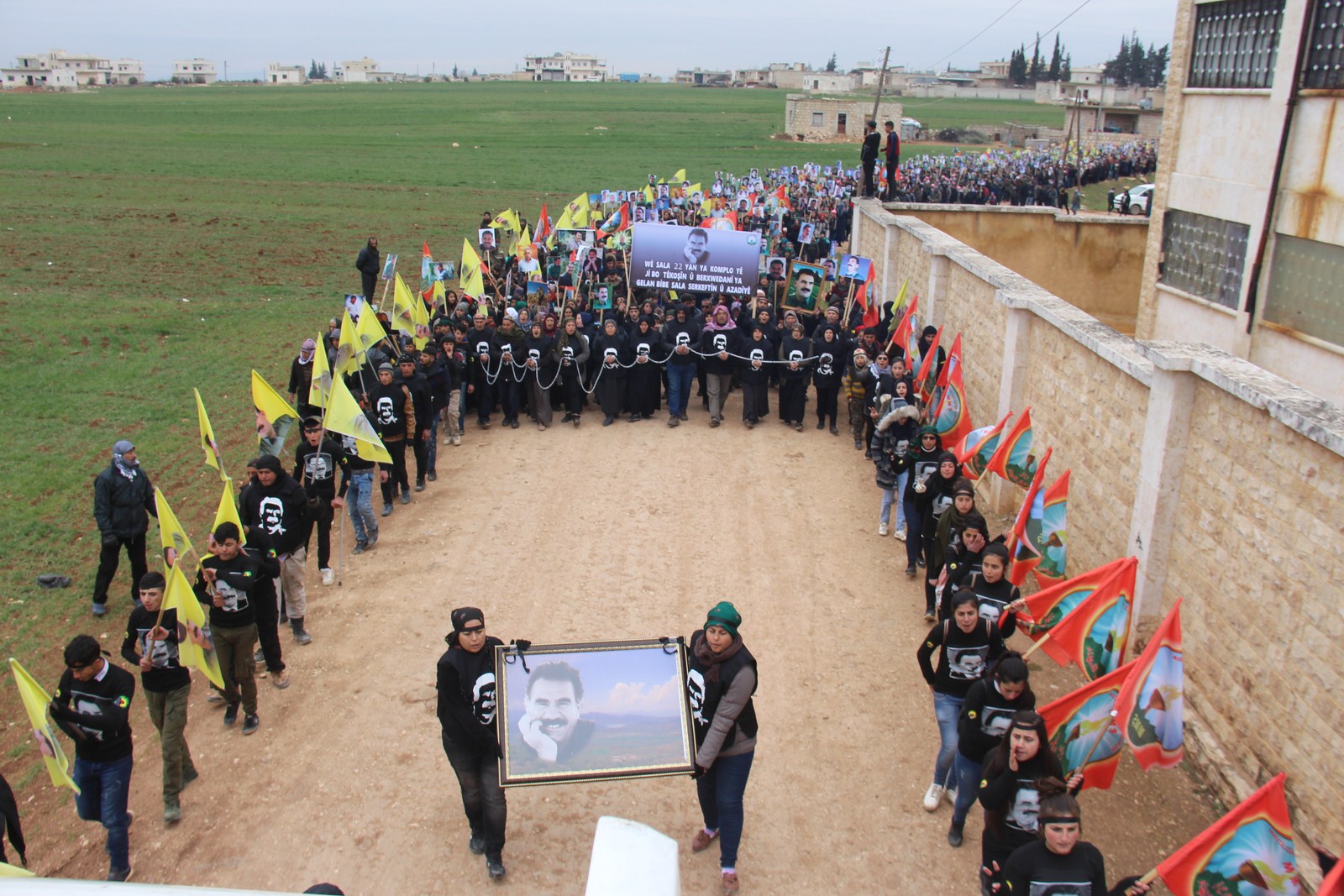 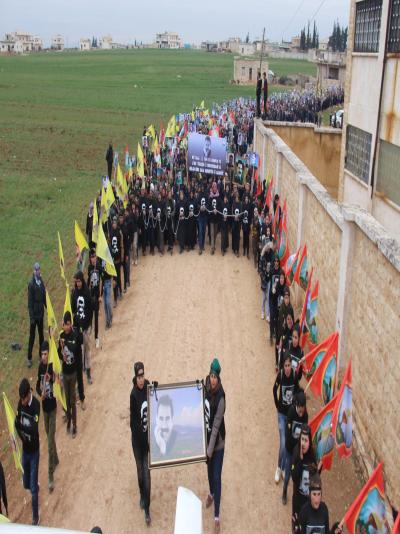 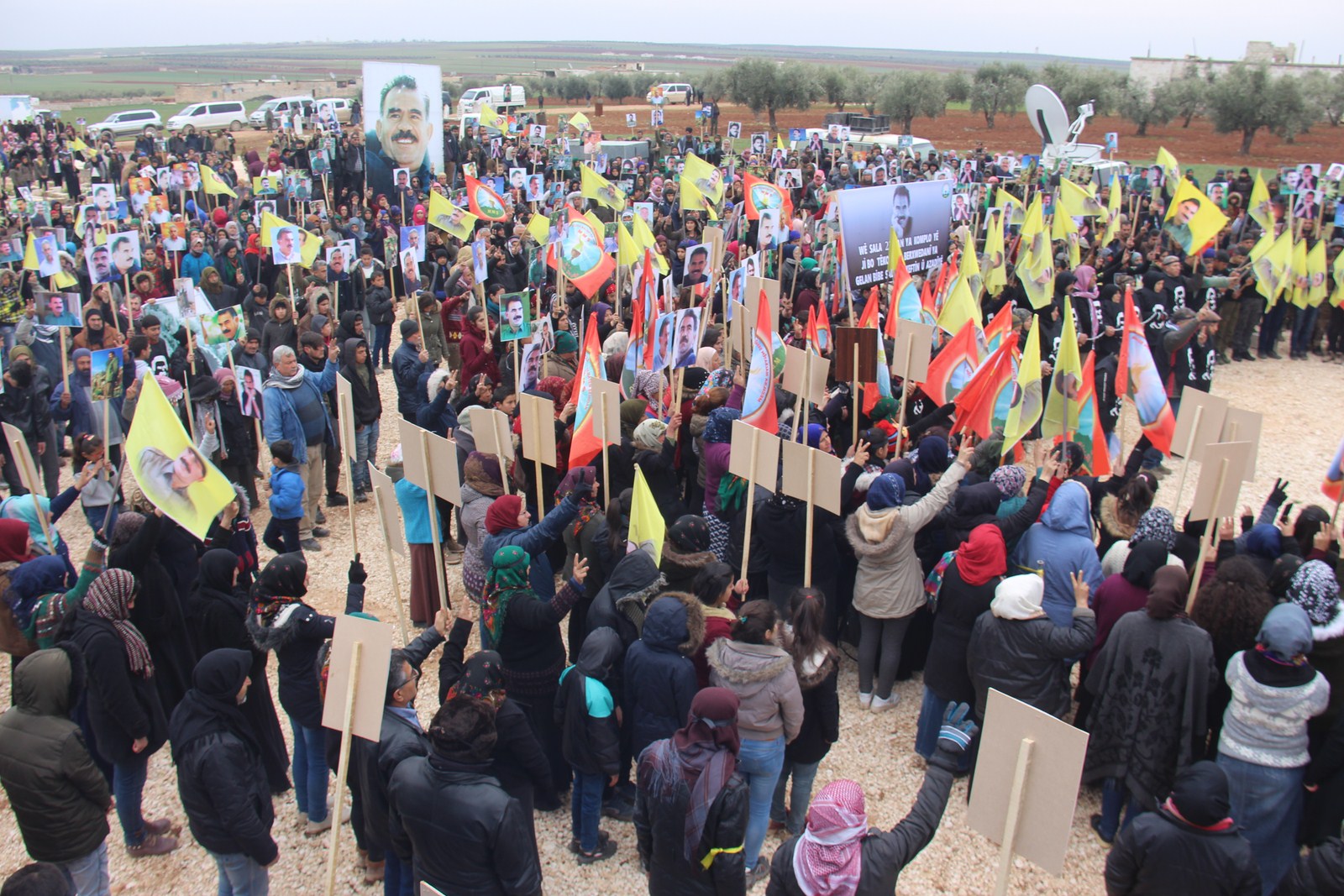 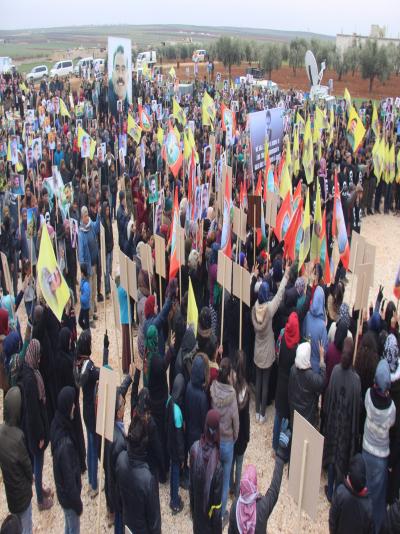 The army of the Turkey occupation is shelling intensively meanwhile Ziara and Deir Jabal vil...

"We have taken assurances from Washington and Russia to protect Kobane, prevent Turkey from ...

A conference was held today under  "Syria is a decentralized democracy…establishing the A...
Old Website