The Health Council and the Democratic Society Movement organized a demonstration in the Sheikh Maqsoud neighborhood of Aleppo, to denounce the attacks of the Turkish occupation army and its mercenaries on the north and east of Syria.

The demonstrators carried pictures of victims of massacres committed by the Turkish occupation army and martyrs of medical cadres, and banners reading "Turkish phosphorus kills our people and our children", "Erdogan, the spring of blood", "No to the Turkish occupation and genocide", "Long live the resistance of SDF", "Long live the resistance of peoples" .

After standing in the square, a speech was made on behalf of the Health Council by the co-chair of the council, Laila Hassan and the administrator of the martyr Khalid Fajr Hospital, Kamiran Sheikh Daoud, who denounced the Turkish occupation attacks on northern and eastern Syria.

They stressed that cities in northern and eastern Syria were the refuge of thousands of displaced people from all Syrian cities that were experiencing a civil war that claimed the lives of thousands of children, women and the elderly.

It also condemned the targeting of the Turkish occupation army and its mercenaries to medical staff and ambulance crews who were working to treat the wounded and civilian martyrs. They appealed to the international community and humanitarian organizations to shoulder their responsibility and stand in front of the occupier's attacks and to take an explicit position and stop playing the role of the viewer only. 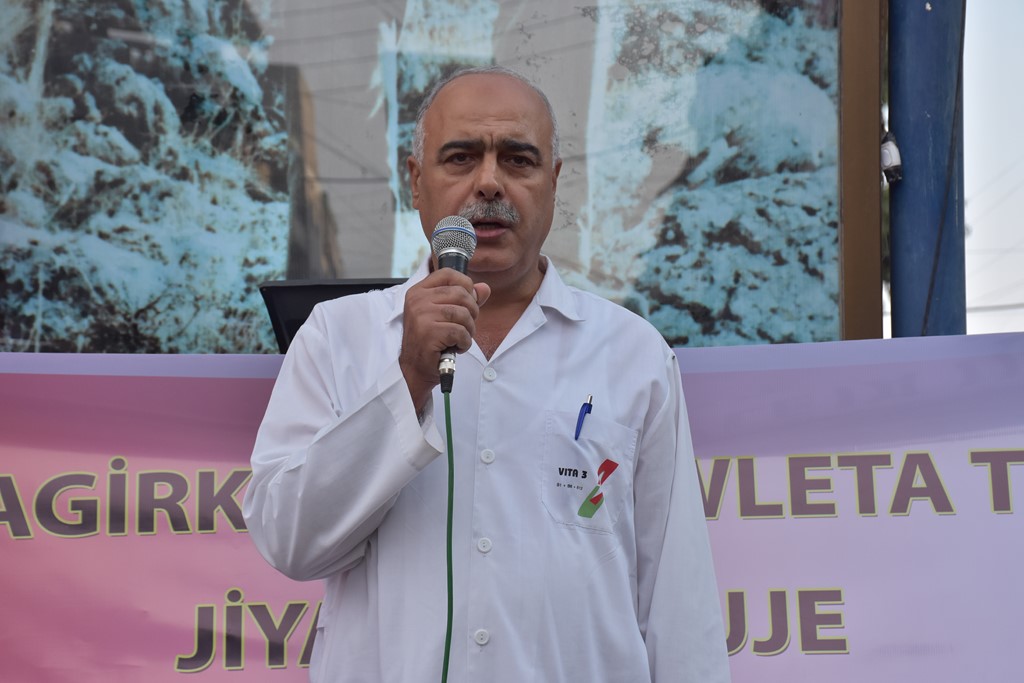 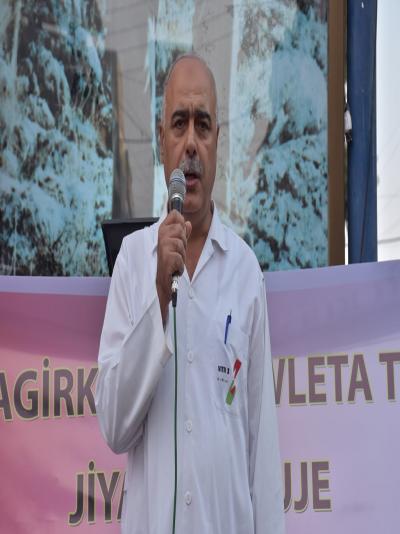 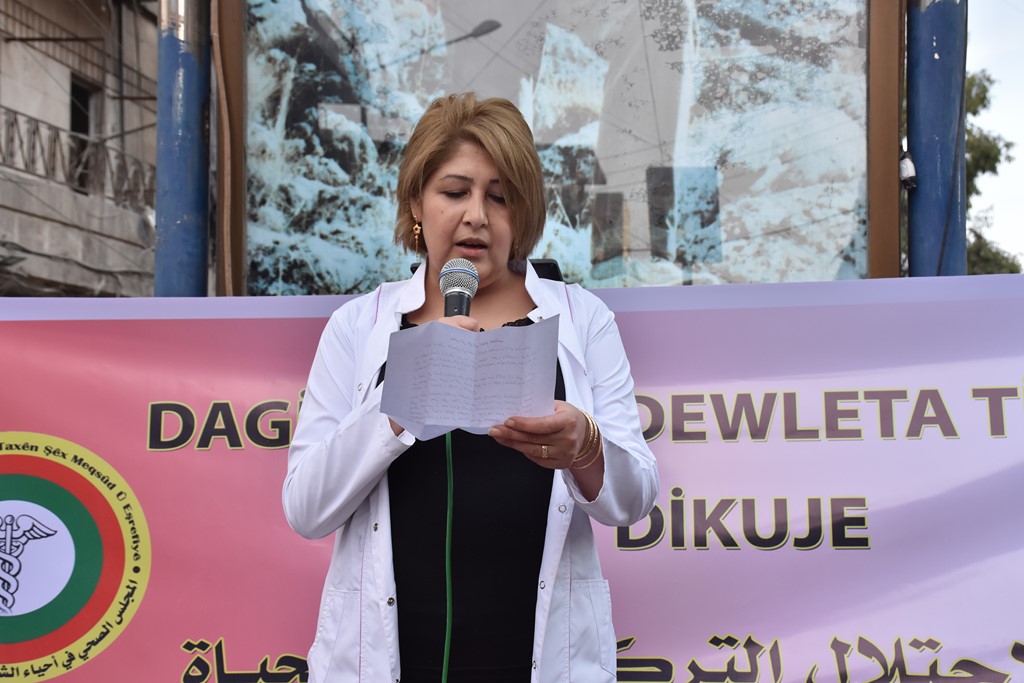 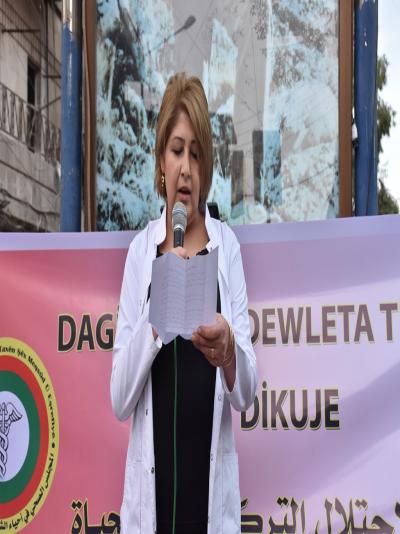 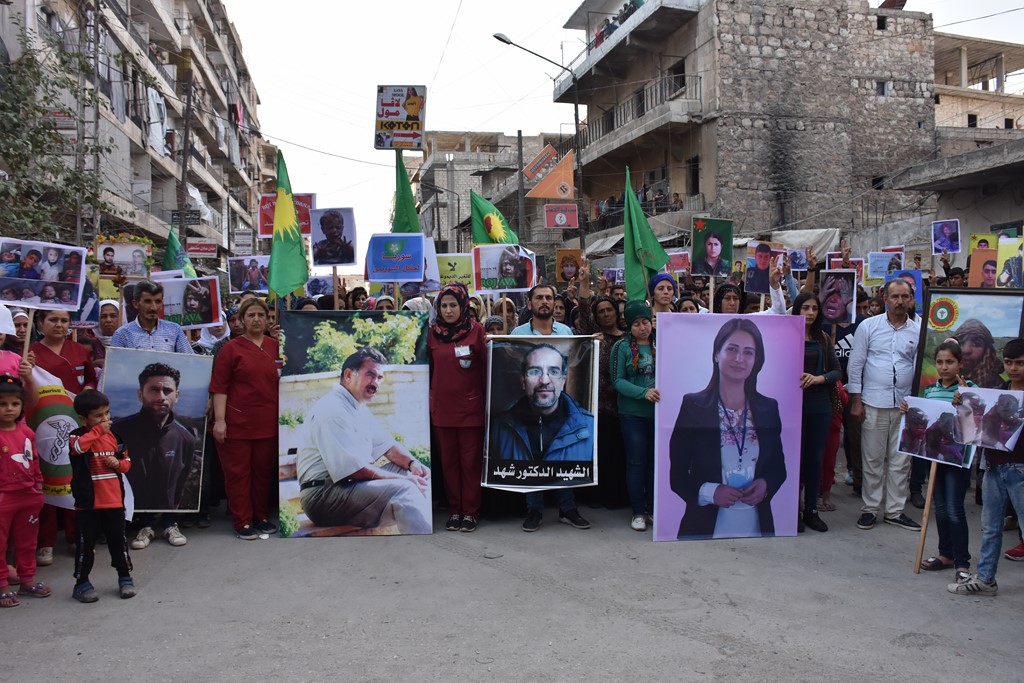 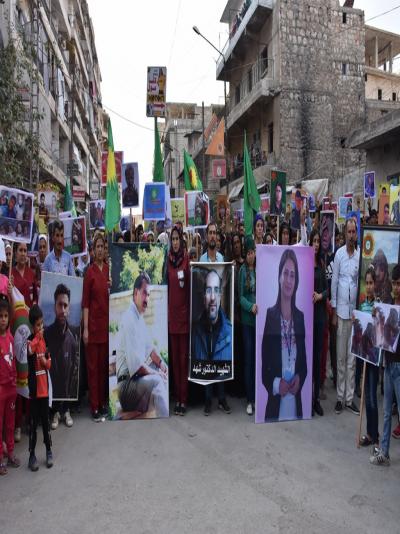 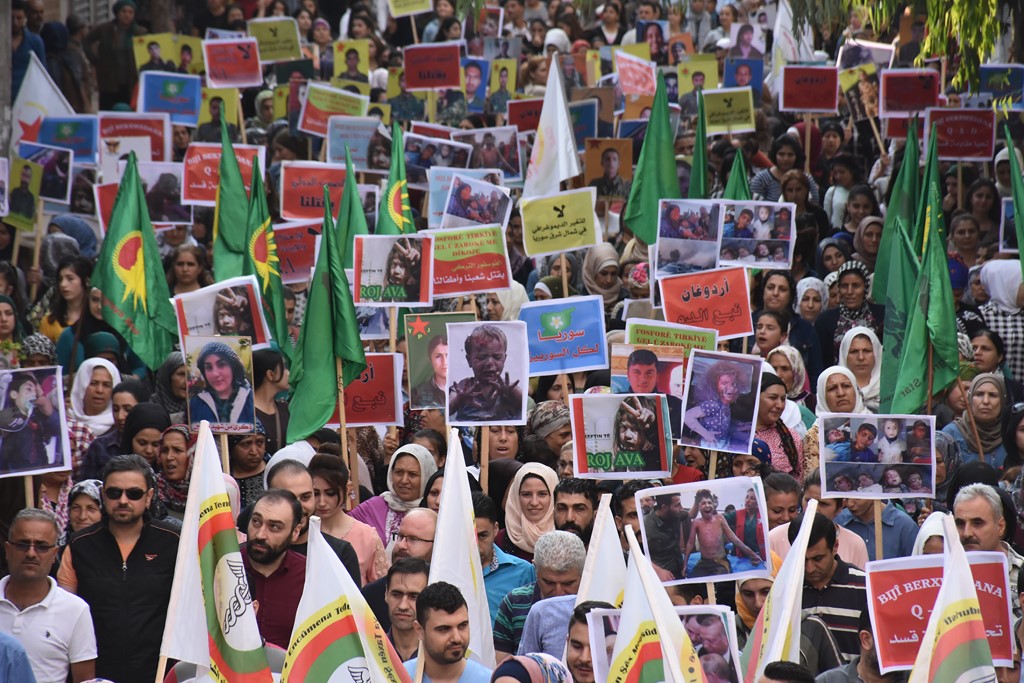 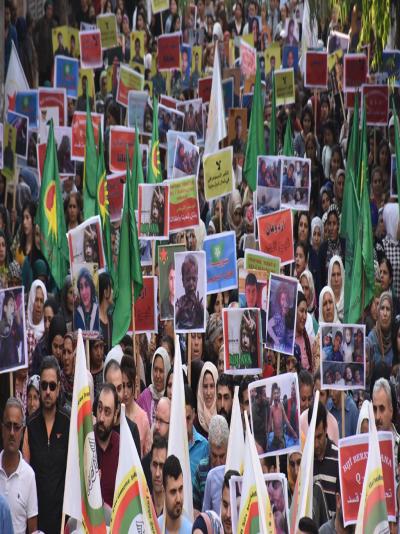 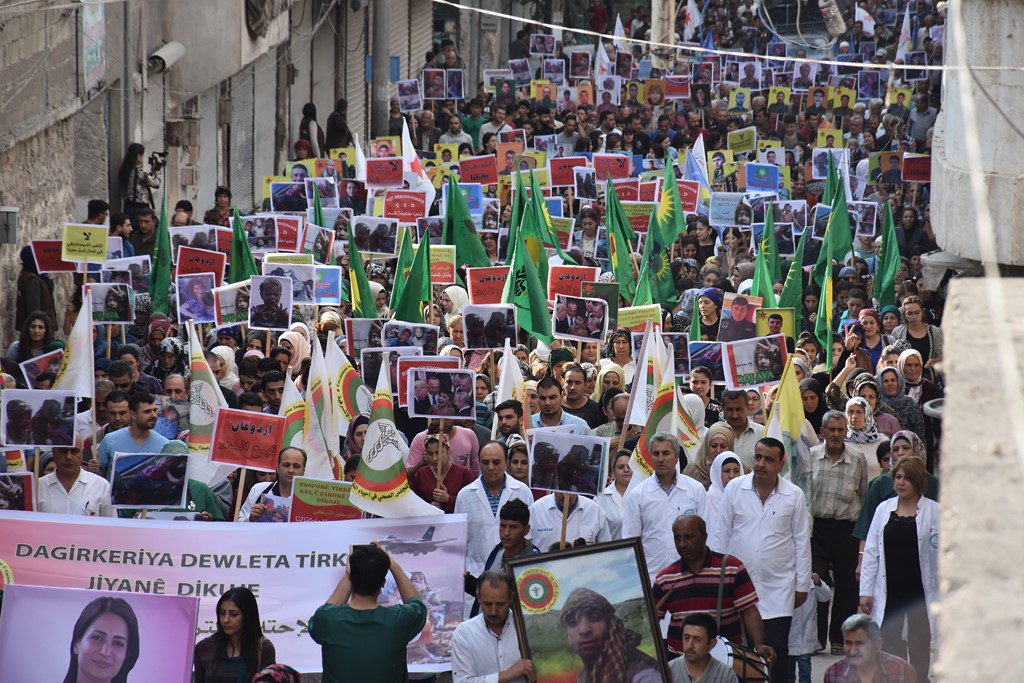 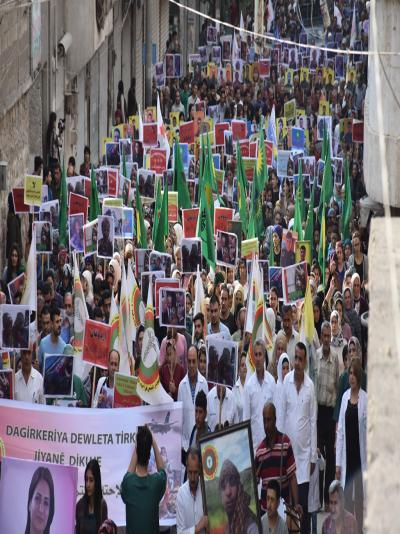 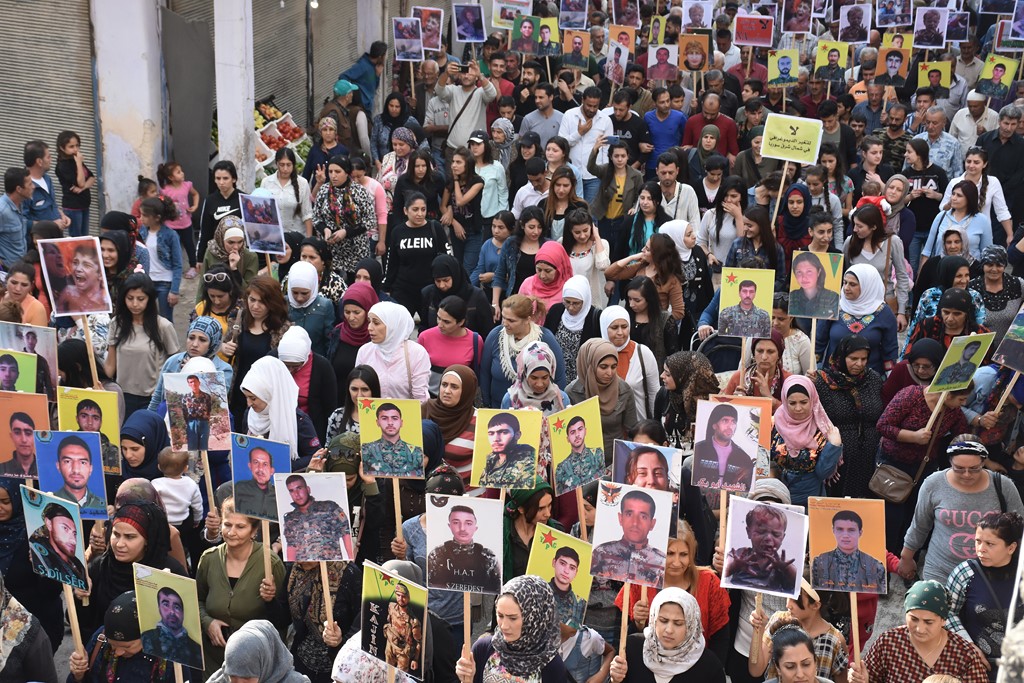 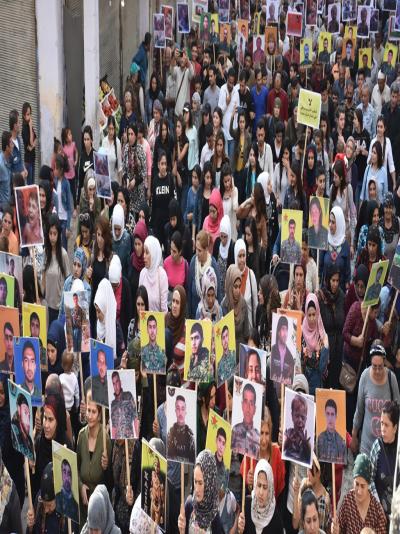 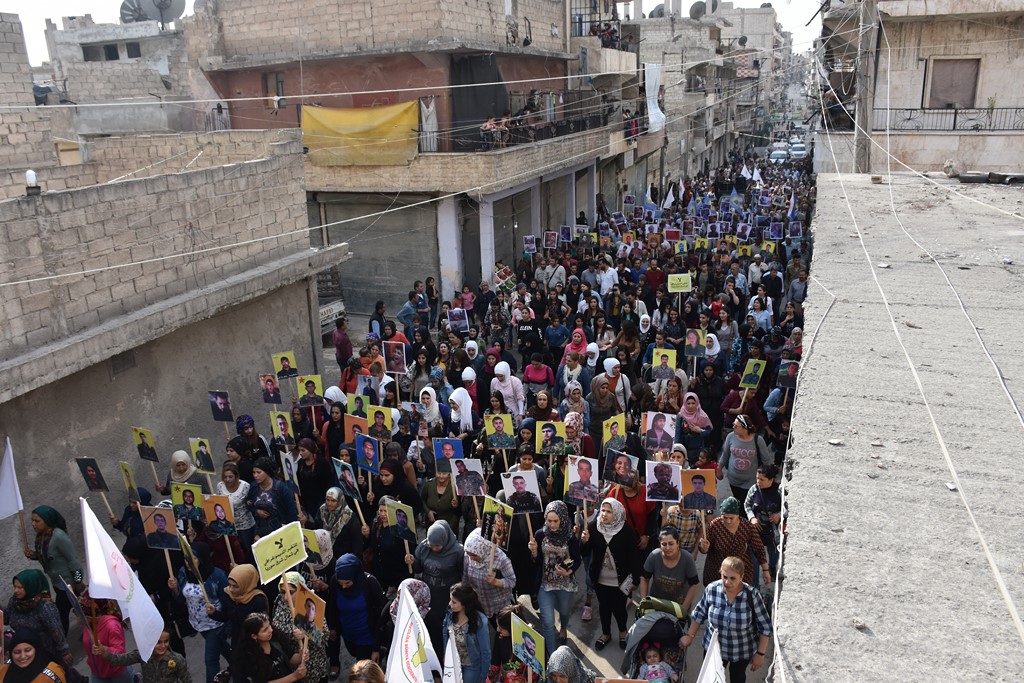 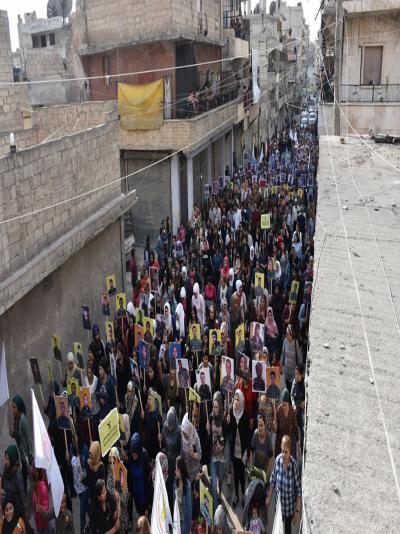 Because of their rejection of Turkish project, Gendarmerie deported them to Al-Raqqa

Abd al-Hilal al-Jaloud, from the eastern countryside of Al-Raqqa, recounted the story of his...

Amina Omar explained that the main reason for imposing Caesar’s Act on the Syrian governme...

The Autonomous  Administration of North and East Syria has intensified its measures to miti...
Old Website

Because of their rejection of Turkish project, Gendarmerie deported them to Al-Raqqa