Hundreds of the Syrian Revolutionary Youth Movement took place today in Afrin region in a demonstration as part of the campaign (Definitely ... We Will Win) to demand the freedom of leader Ocalan, and to denounce the international conspiracy that led to his kidnapping and imprisonment.

The demonstrators carried the flags of the Syrian Revolutionary Youth Movement and the Young Woman Movement, in addition to pictures of the leader Abdullah Ocalan.

The demonstrators carried banners in both Kurdish and Arabic, reading "No to the occupation, no to the isolation imposed on Commander Abu, we will definitely win."

The demonstration began in the village of Tal Susin in al-Shahba canton, during which the demonstrators chanted slogans denouncing fascist practices and saluting the Kurdish people's resistance, and denouncing the isolation imposed on Ocalan.

After the demonstration roamed the main streets of the village and stopped at the entrance to Sardam camp in al-Shahba district.

After the demonstration roamed the main streets of the village and stopped at the entrance to Sardam camp in al-Shahba district.

Then the participants stood for a minute of silence, and then a statement was made in the name of the Syrian Revolutionary Youth Movement, and the text of the statement read:

We, the youth of the Rojava revolution in Syria, condemn and denounce the international conspiracy that was hatched against the leader Abdullah Ocalan, the leader of a free democracy, as we know, and everyone knows on the ninth of October 1998 and a secret conspiracy by thirty-four countries against the leader. "The aim of this conspiracy is to erase the Kurdish identity and the philosophy of democratic thought in the Middle East, but despite the passage of twenty-two years of this conspiracy and its continuation for this time and our warfare throughout these past years, these brutal countries have not reached their goal and despite these countries' extremism in their barbarity on Kurdish society In particular and the Middle East society in general.

"We prove to them that this is not the time for freedom only, but the time to liberate Commander Abu from behind bars and rid him of their hands, and this time we will not call on any organization, not human rights or humanitarian, to intervene to obtain the freedom of the leader, because they have proven over the past years that there is no real organization claim a right of any person or his defense since twenty-two years we have been and are still resisting and working on this issue over and over again. On this basis, we are launching a campaign entitled (Definitely, We Will Win) to free the Leader from his prison. "

"We, the young people of Rojava, are out of patience and can no longer stand. That is why we call on CPT to take this issue seriously. With the determination and struggle of our youth, we will destroy all conspiracies and bring them down until we liberate the leader Abdullah Ocalan."

In the end, the attendees chanted slogans calling for the freedom of leader Ocalan. 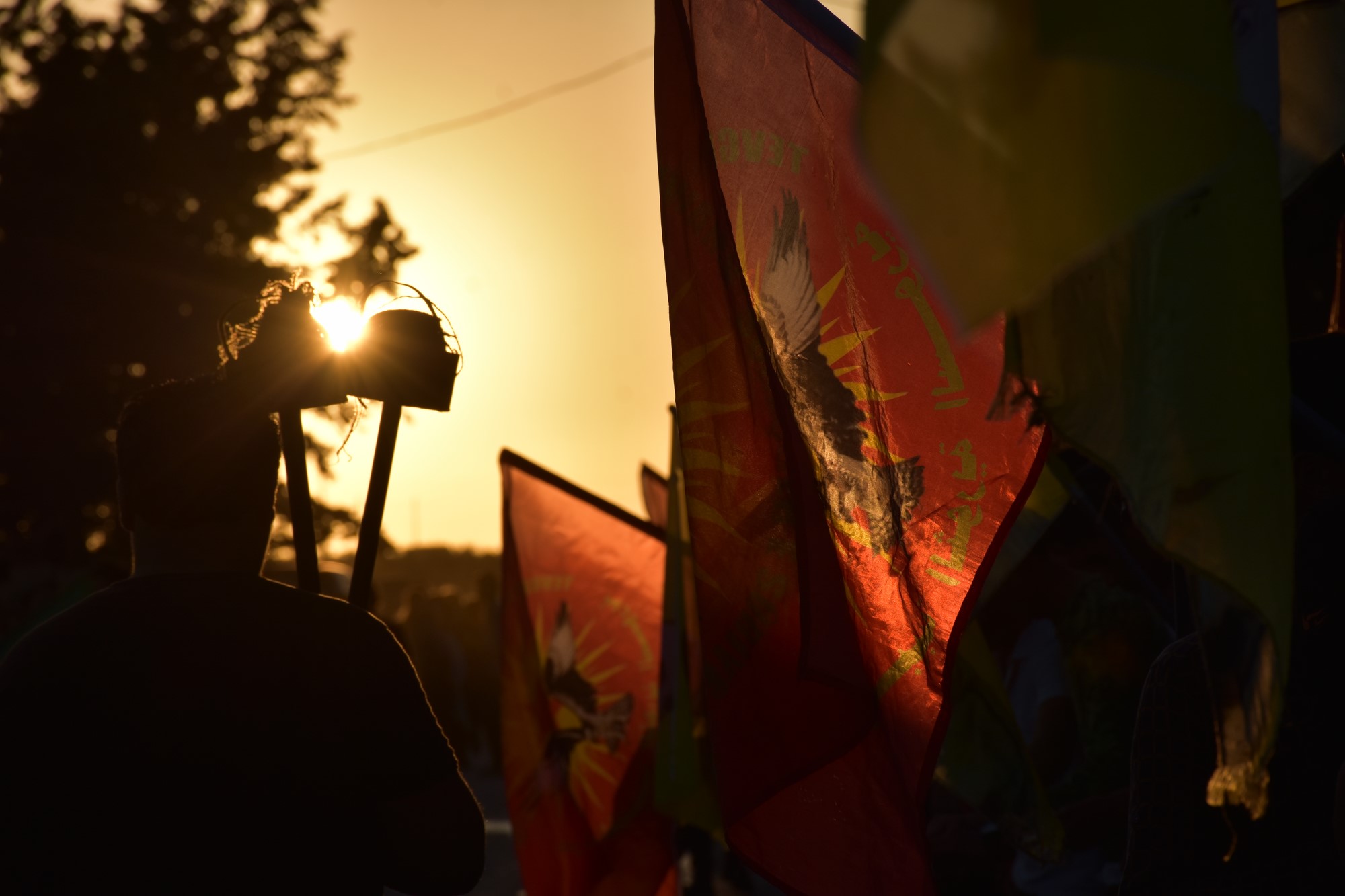 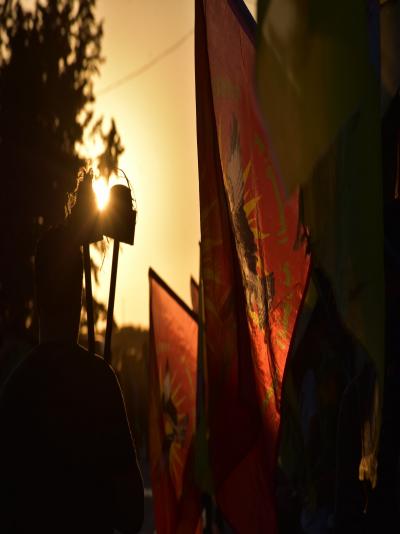 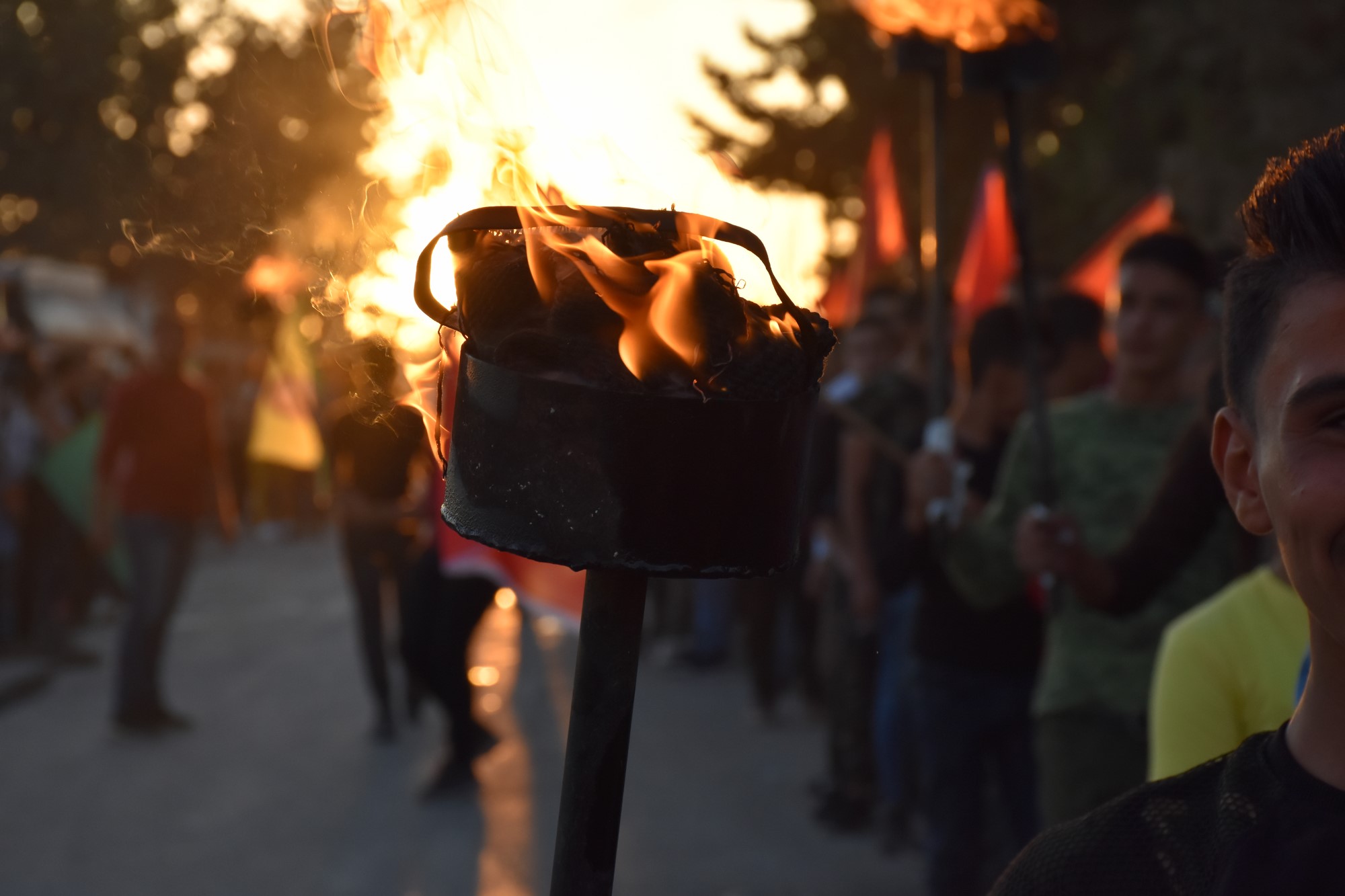 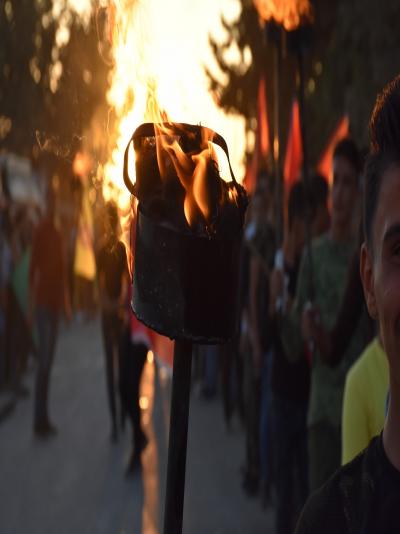 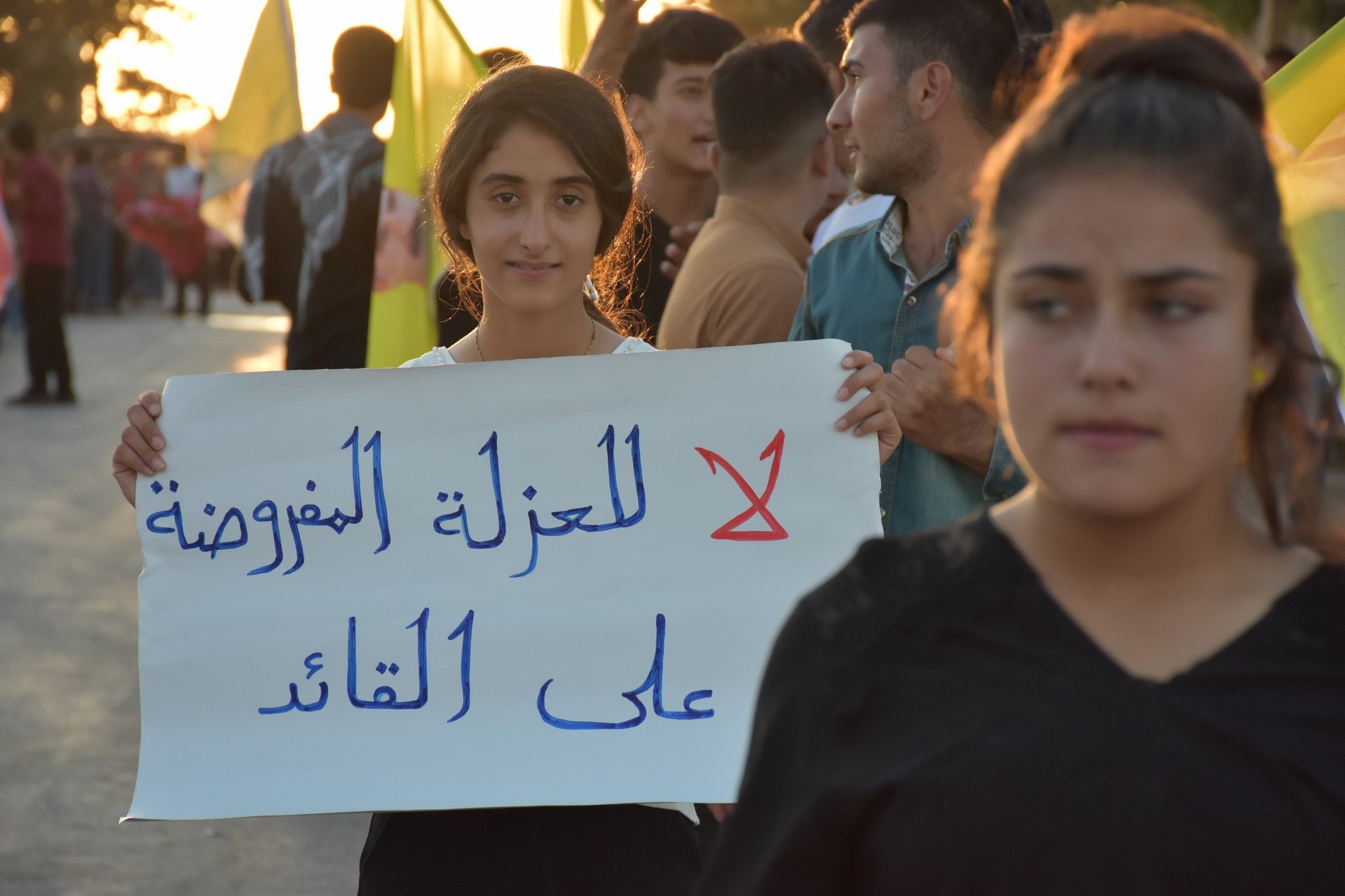 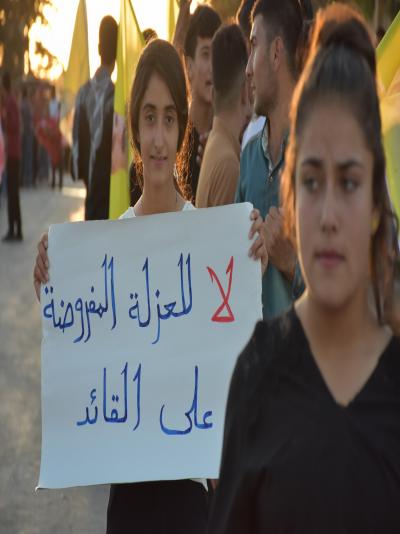 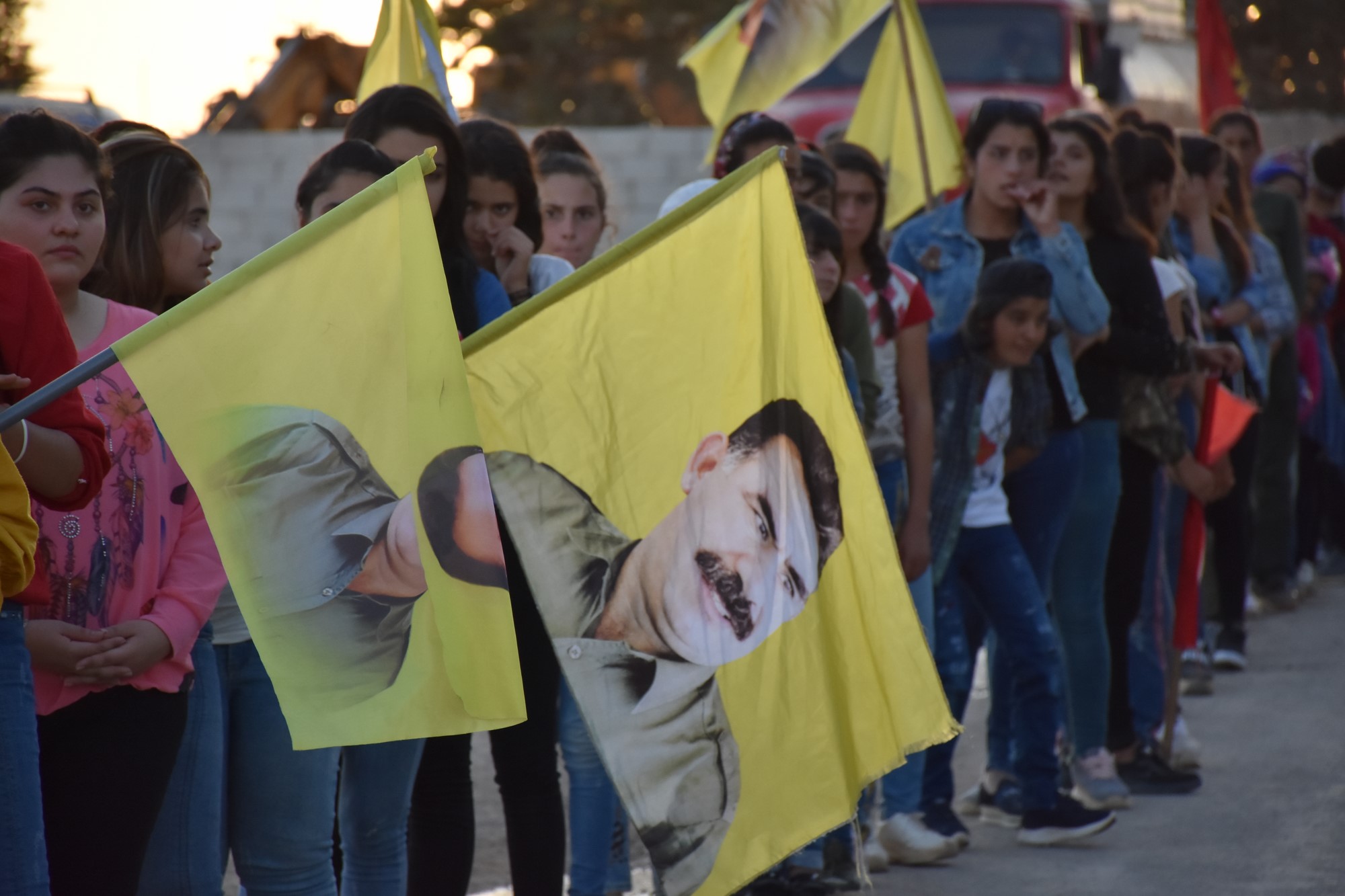 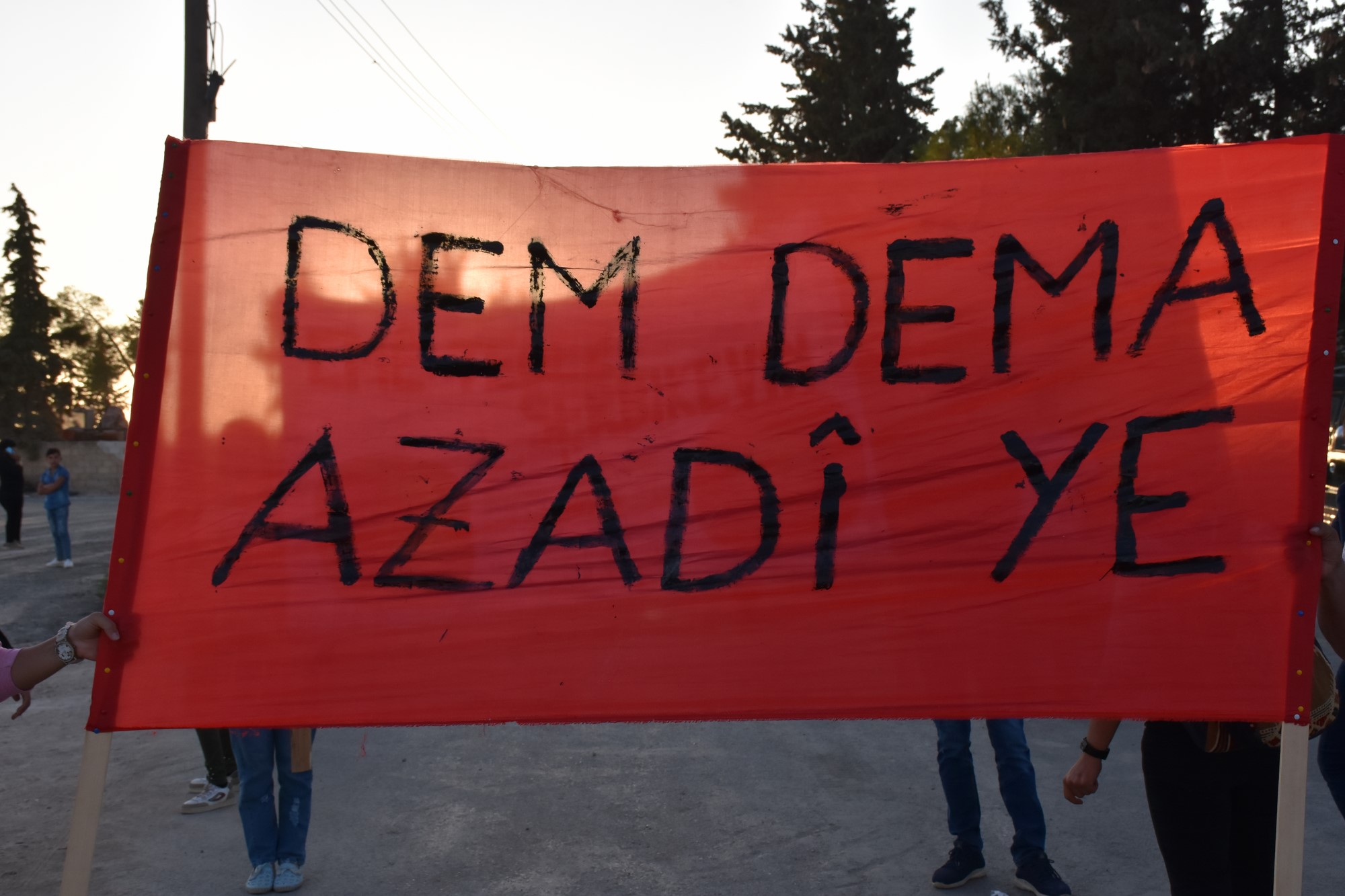 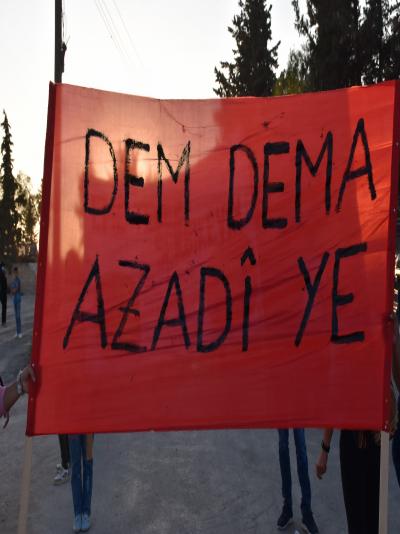 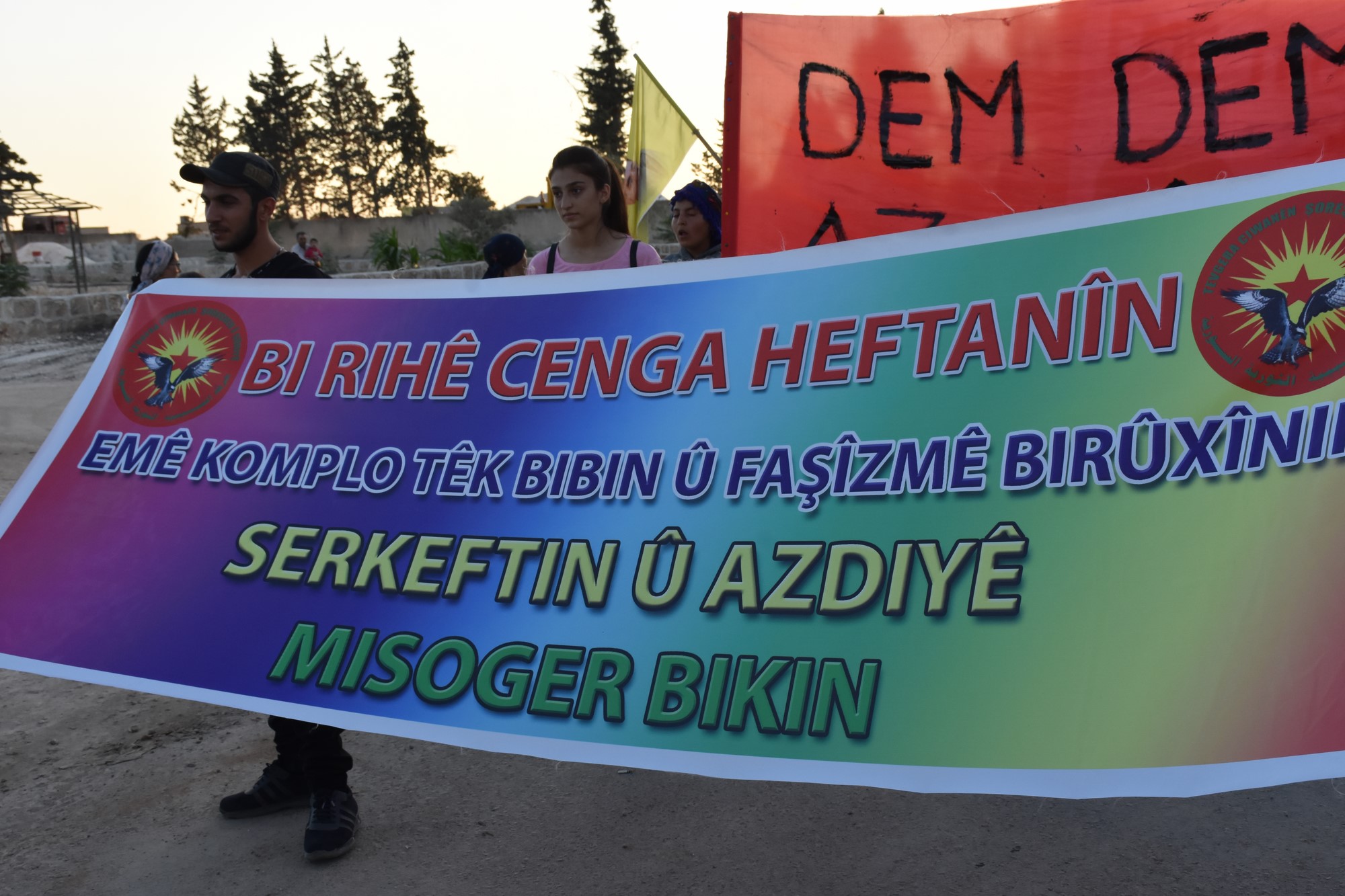 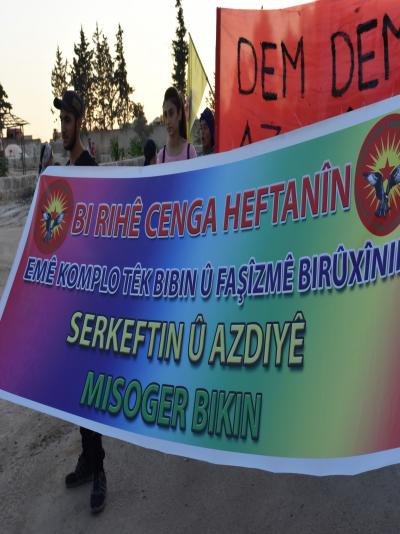 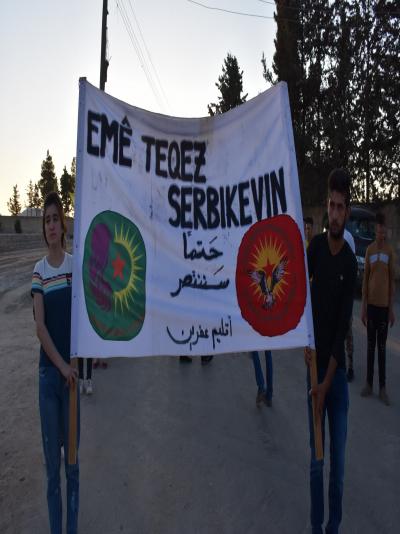 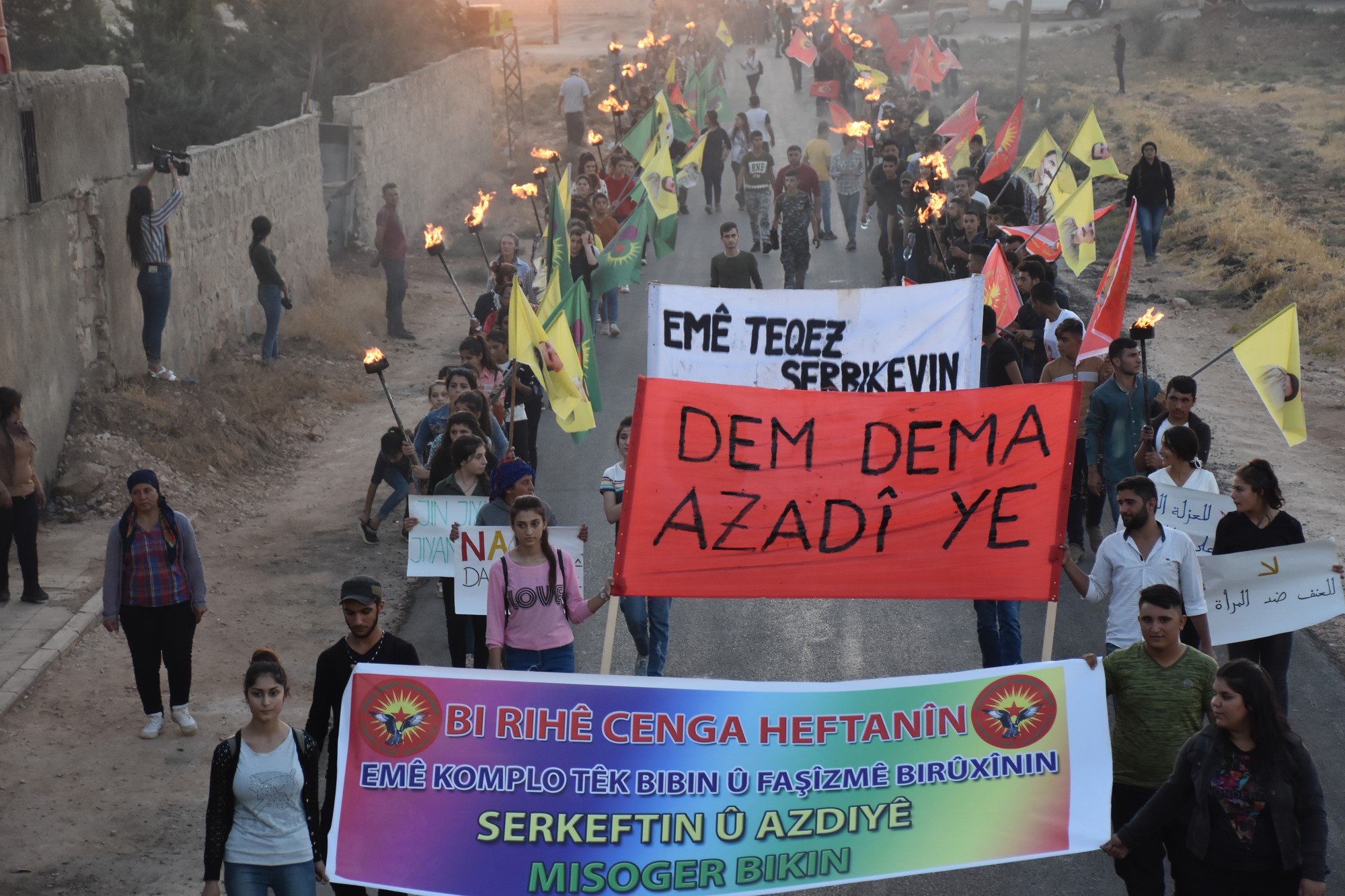 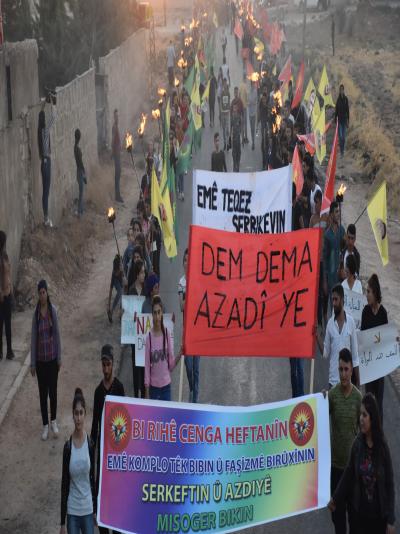 Afrin people are worried about a new massacre, as Iraqi army heads to Şengal

The people of Afrin, who are residing in al-Shahba, denounced the moves of the Iraqi governm...

SRYM of Afrin holds its second conference in Al-Shahba canton

The youth of the Democratic Union Party (PYD) in Lebanon congratulated the fifth anniversary...
Old Website