Tens of thousands of residents of Aleppo city demonstrated today in Sheikh Maksoud and Ashrafieh neighborhoods, denouncing the martyrdom of Afrin children in the result of the Turkish occupation target of Tel Rifat city in al-Shahba canton.

During the demonstration, our agency monitored the views of some of the women demonstrators who described Erdogan as a "child killer", assuring that Erdogan would not be able to exterminate their presence by killing children as they were a people had been resisting oppression and occupiers since centuries.

”Erdogan is a murderer ... Erdogan is an infidel," said Sakina Mohammed, describing the crimes of the Turkish occupation against the people of Afrin forcibly displaced towards al-Shahba canton.

Fatima Hassen said: “The Turkish occupation is not the only one responsible for the killing of those children, but all countries that witness to his brutal acts and remain silent are his partners, but we are a resistant people, and we will resist and pledge revenge. Their crimes will not deter us from resilience and we will not be afraid because we trust our forces that defend us.”

The citizen Shahinaz Ahmed wondered, “Why are children killed? Are they also terrorists in the eyes of the world? Is it because they are displaced from their land? Is it because they exercise their natural right like any other child in the world? Did not the Turkish oppressor suffice with what he did to them in the occupied Afrin to inflict death to them even during their search for a safe shelter?”

Many of the martyrs' mothers took part in the demonstration, including the citizen Zainab Ali, who pointed out that Afrin children were deprived of their right to practice their childhood, as their land and childhood were usurped, and now faced death again by the fascist Turkish state. 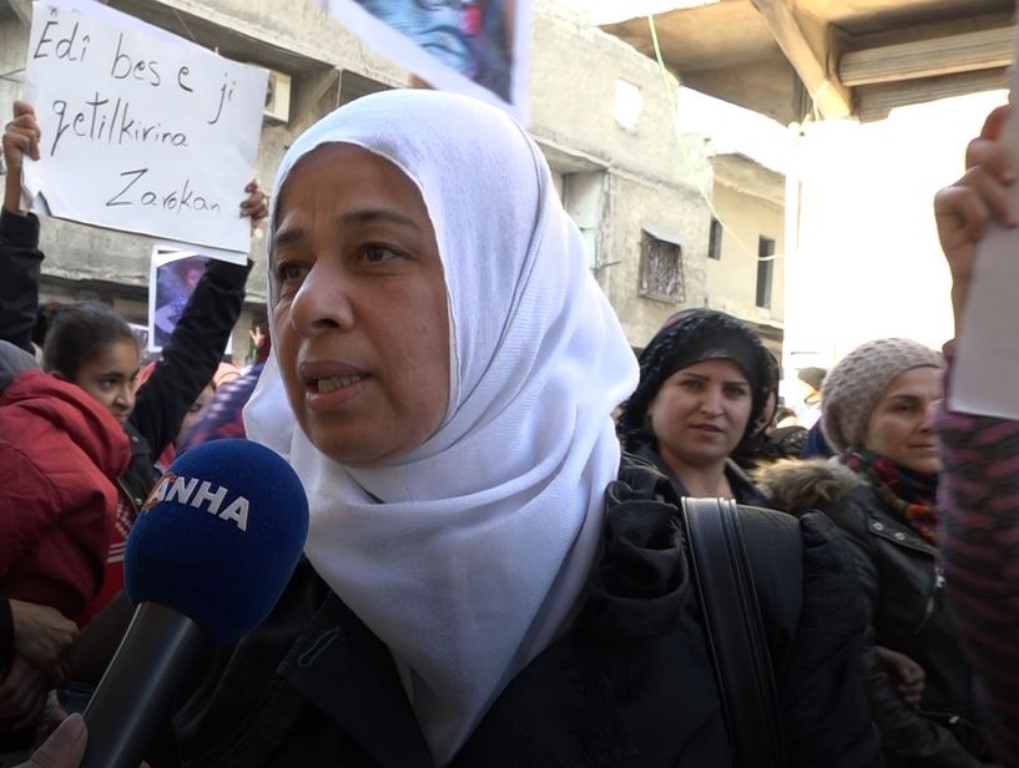 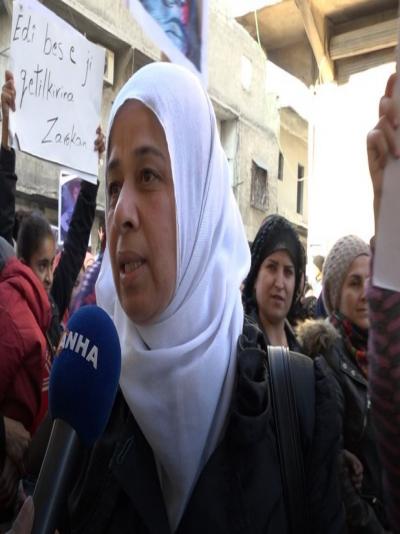 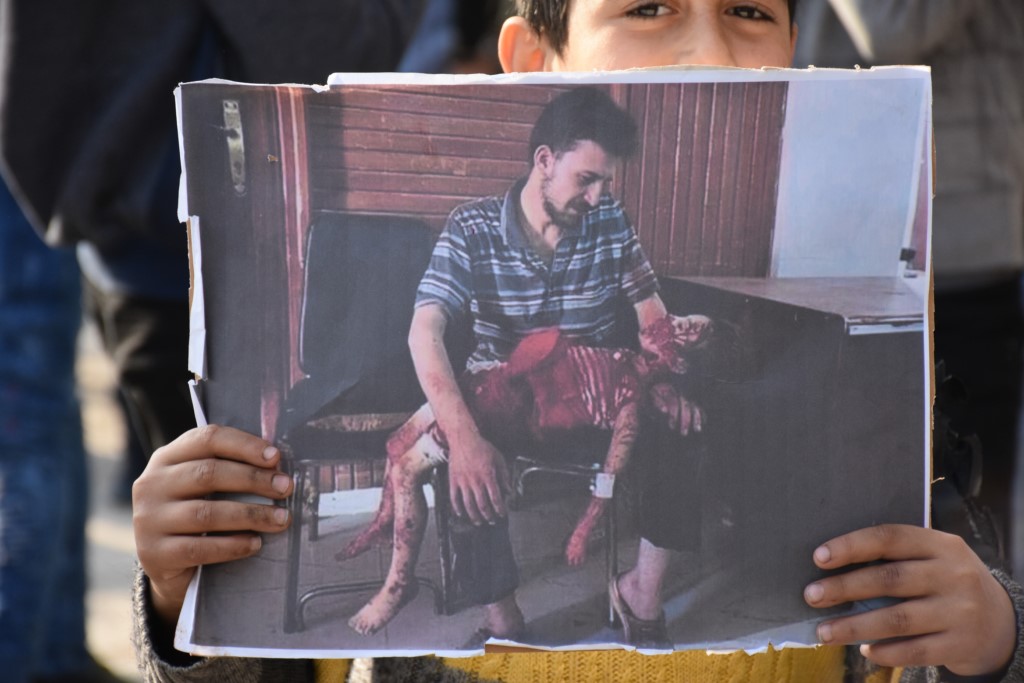 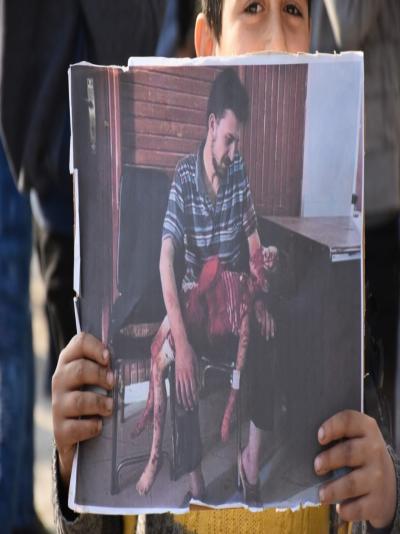 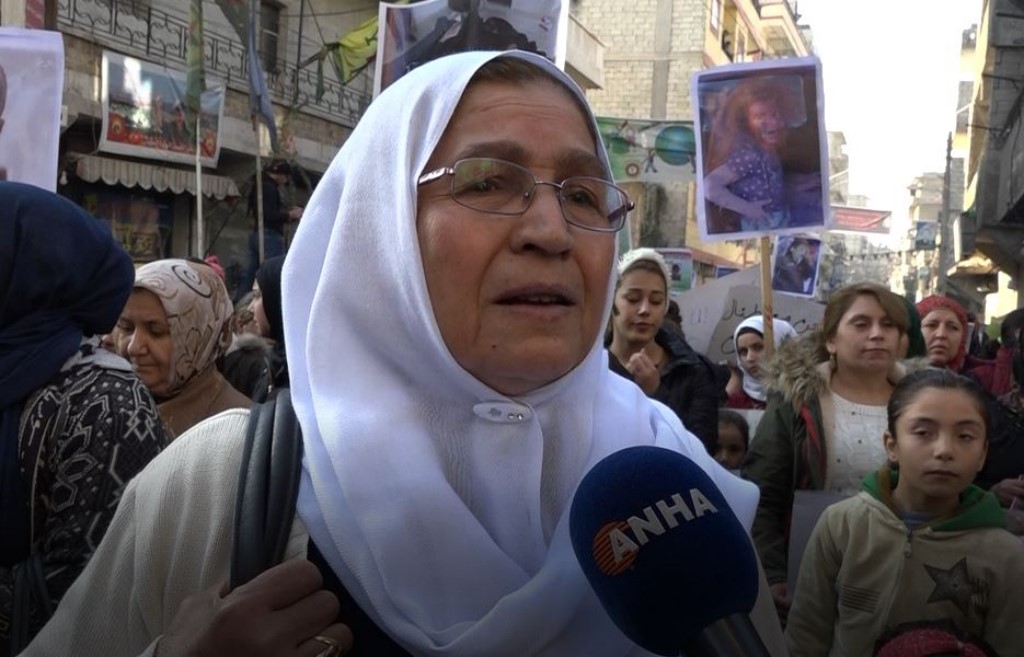 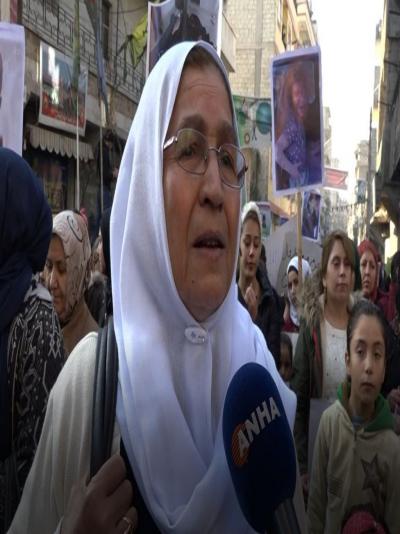 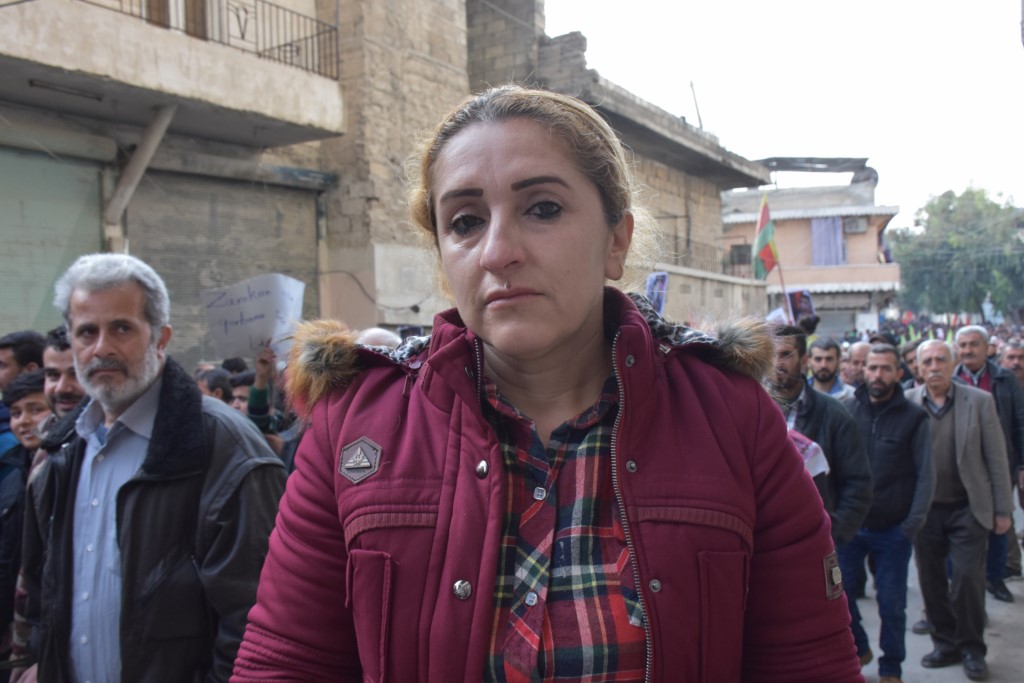 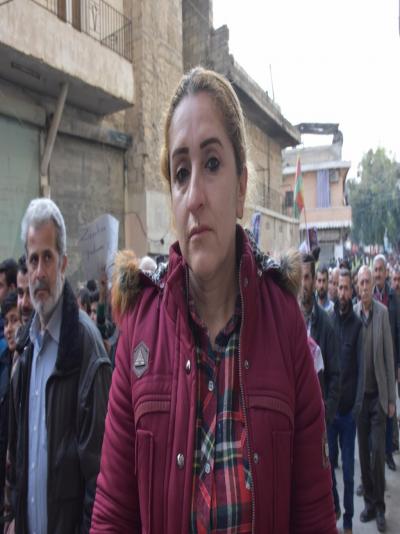 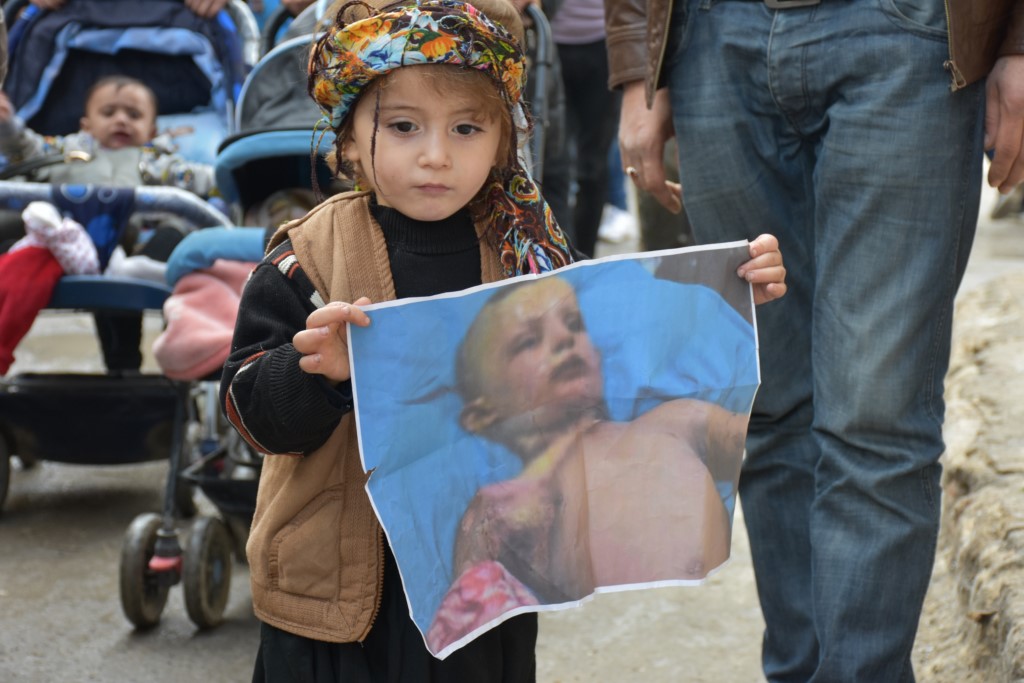 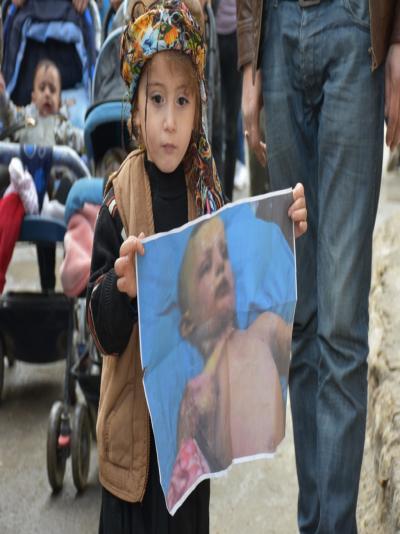 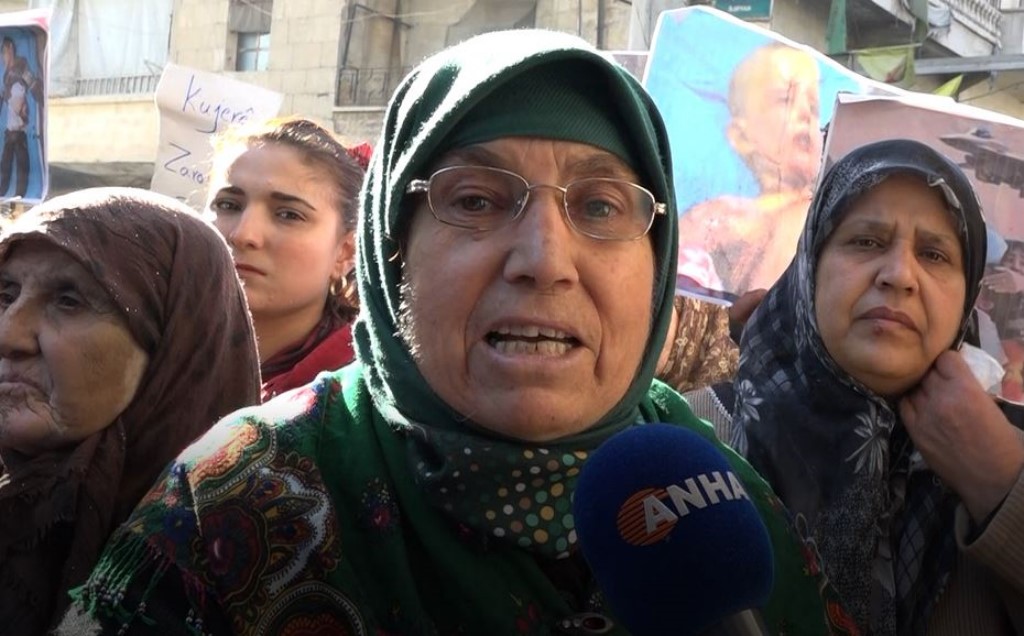 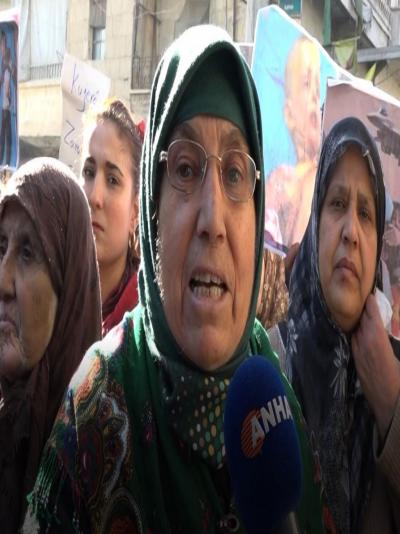 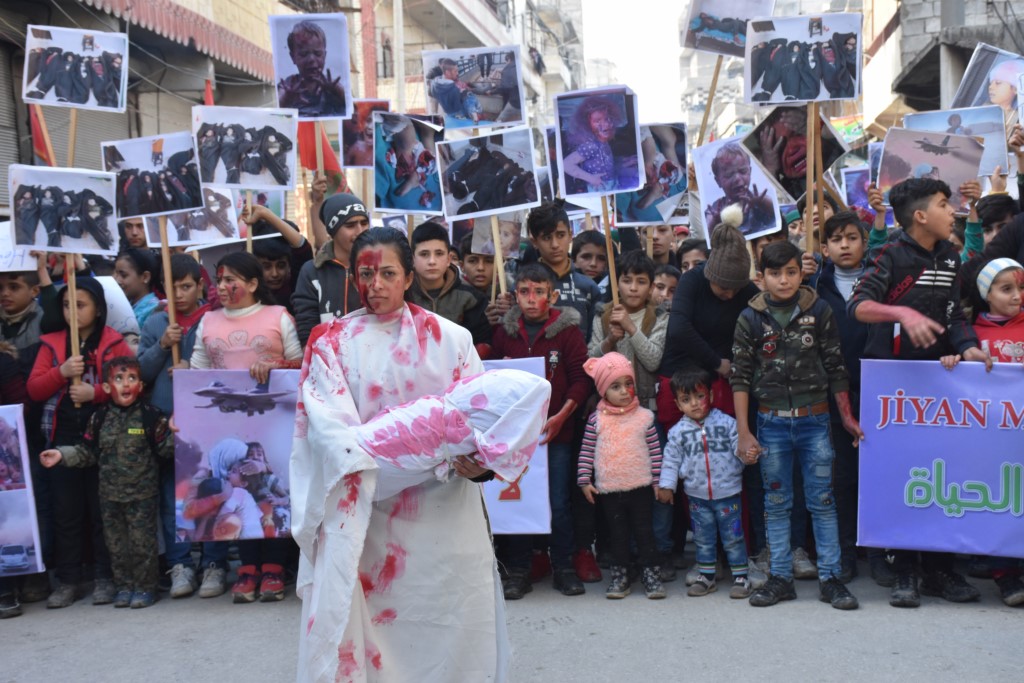 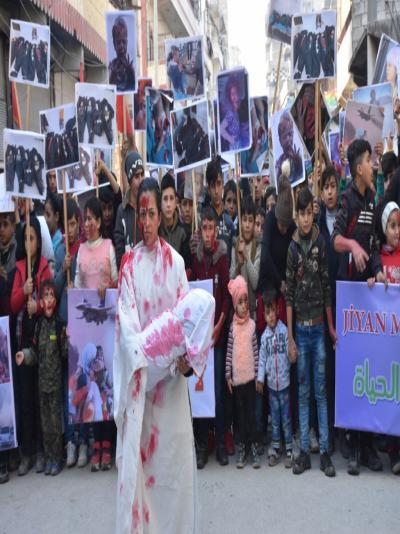 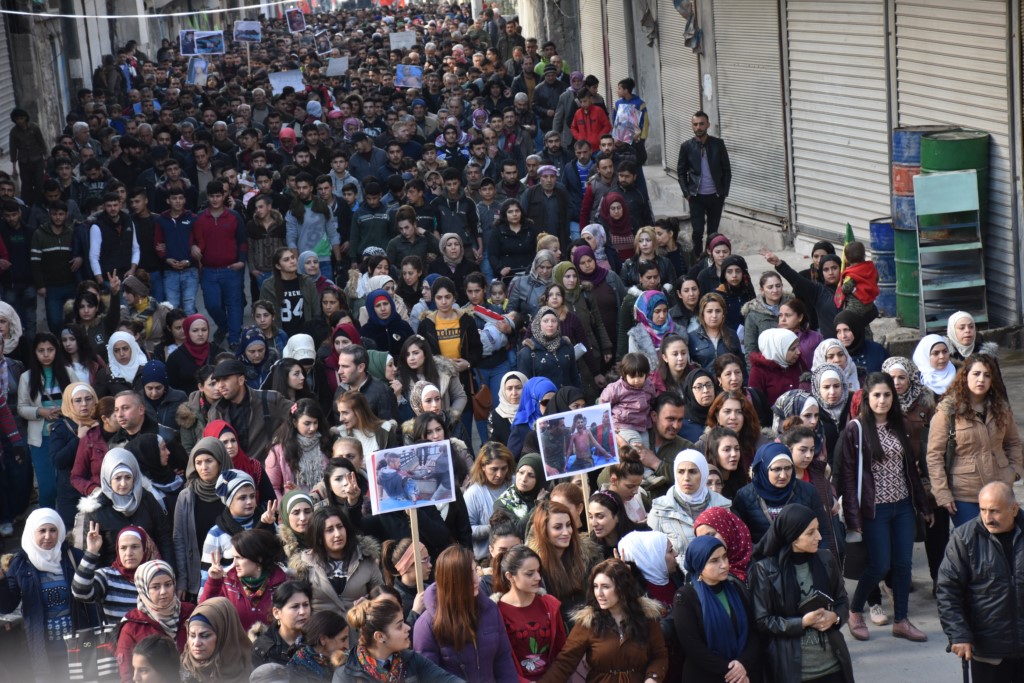 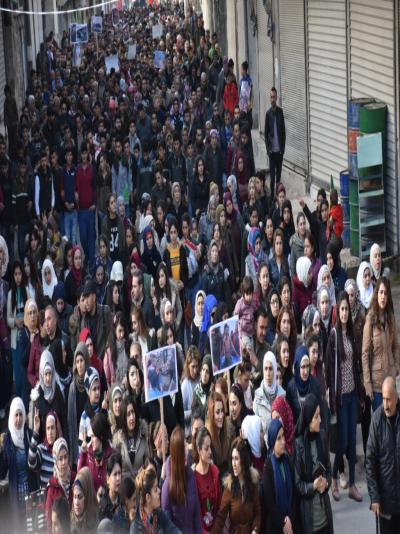 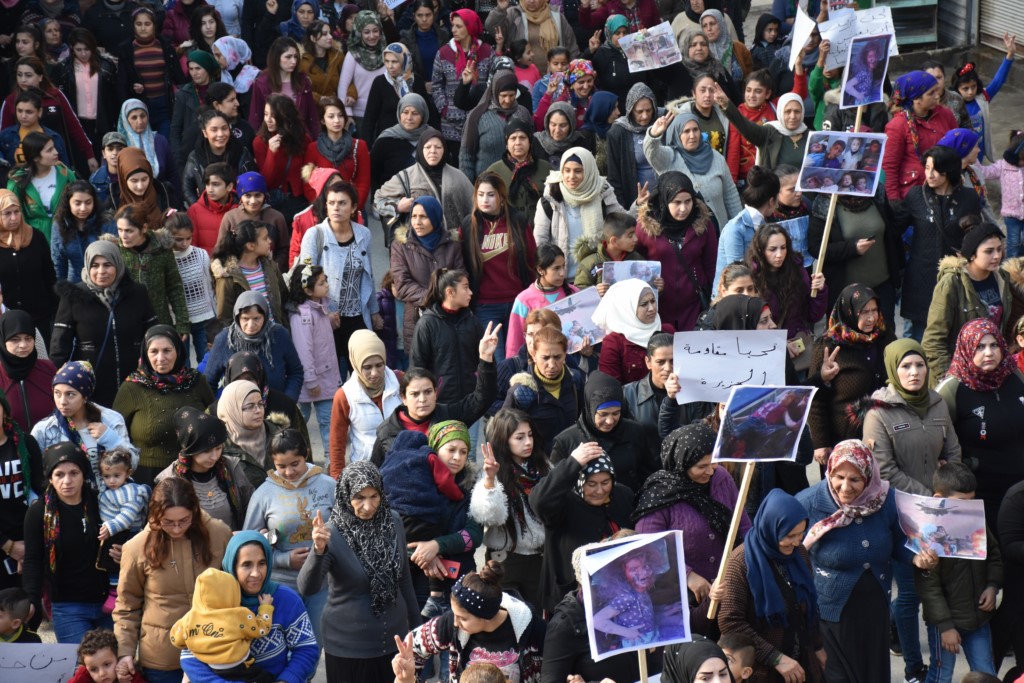 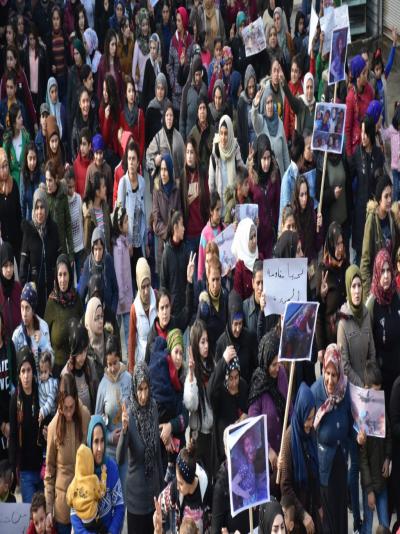 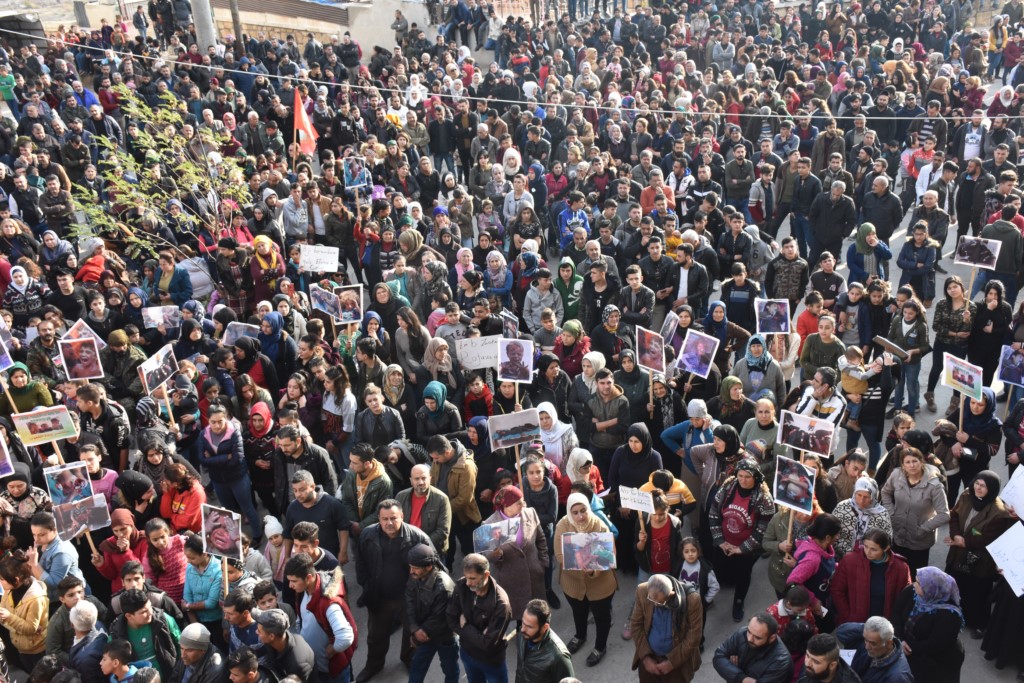 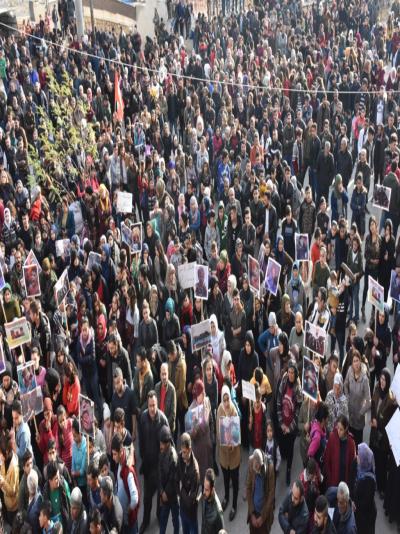