With the entering of the second phase of Deterring Terrorism campaign on its fourth day, the Syrian Democratic Forces continue in coordination with Deri-ez-Zor Military Council, Women Protection Units YPJ and with the participation of the Internal Security Forces in raiding ISIS mercenaries and its sleeper cells.

The SDF commandos, through an intelligence operation, managed to raid several points of ISIS mercenaries in the town of Theban, east of the Syrian city of Deir-ez-Zor. 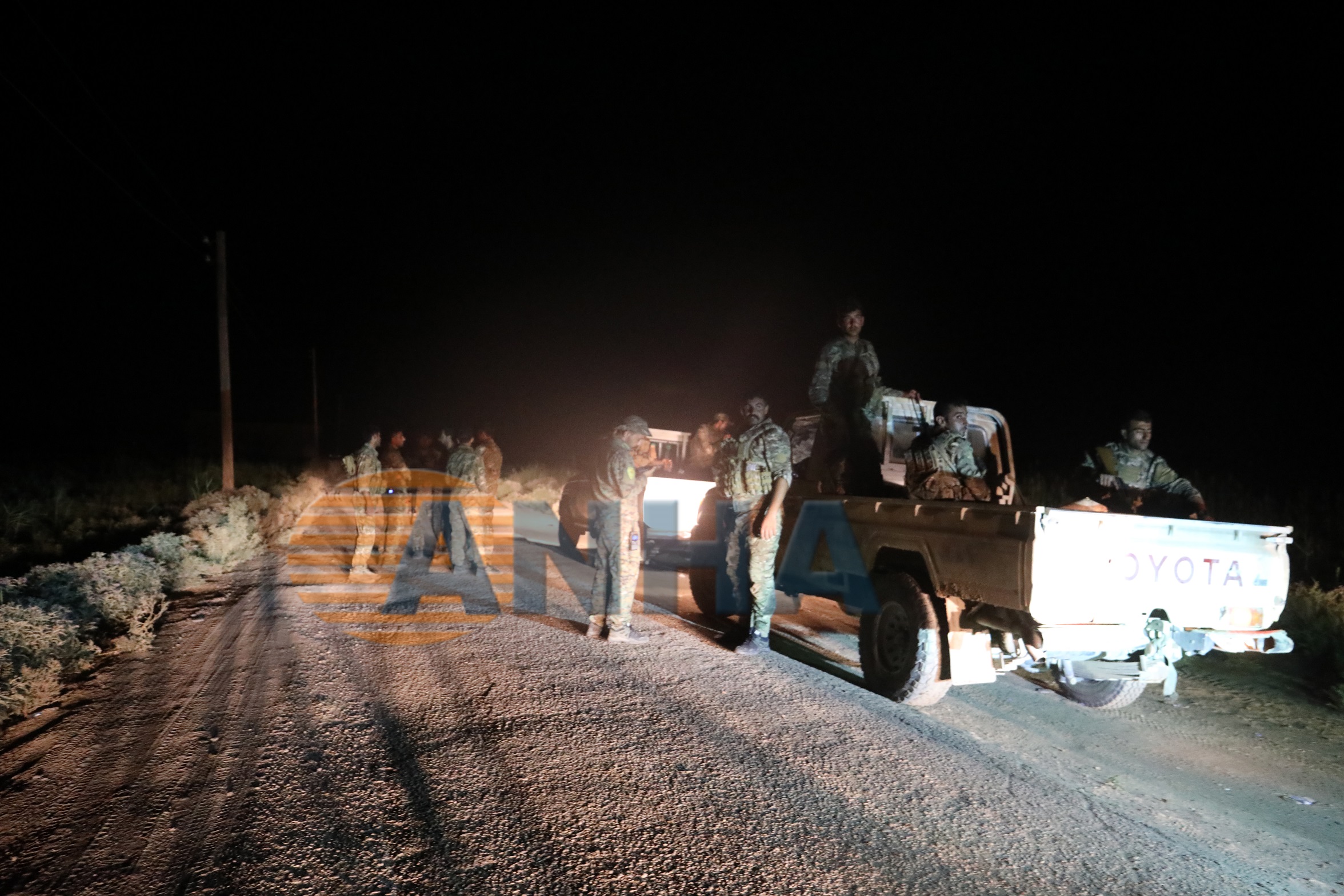 ANHA correspondent who are accompanying the campaign, reported that the commandos raided several points of ISIS mercenaries in the town of Diban and its environs, and 7 people working with ISIS mercenaries were arrested.

Explaining: that the forces raided the points identified after an intelligence operation and revealed the locations of their hiding, and seized a number of wireless and electronic devices used in mercenary communications.

SDF and its special forces continue to raid the points inside which ISIS mercenaries are suspected of loyalty to the mercenaries east of the Euphrates River, based on appeals from clans' notables in the area, and to complete the first stage of the Deterring Terrorism operation launched by SDF on the fourth of last June.

Normal life began to gradually return to the eastern countryside of the city of Deir-ez-Zor,...
Old Website