Zahiraddin Abdi, a 22-year-old. He is from Kobane, is active at the fine art. He is learning this profession and starting the path of professionalism. He is working to teach this art for those who want to go into it now.

He graduated from a private institute in Afrin before occupying it by Turkey and its mercenary in 2018. He studied at the martyr, Hergol Academy in Qamishlo.

He has a disability in his left hand, but it did not prevent him from achieving what he wanted.

This young artist wants to convey all the landscapes he sees with his own eyes, places or other situations to paintings that mimic reality.

"painting in Rojava is not on the table and does not take its importance and value among young people, but I am working hard to raise the value of this art and to help everyone who accepts this profession," Zahiraddin says.

Zahiraddin has  an education institute of painting. He works at the Baqi Khido Center for culture and art to educate children and help them develop their abilities in the field of painting.

Zahradin comes out every morning from his home to the Institute of Fine Art, carrying in his heart and mind and all the wishes he had always dreamed of as a child. He wanders among the enrollees with his brushes in his hand to print reality paintings.

He left everything he painted in Afrin , following the Turkish attack on it and its occupation.

His paintings symbolize women, as well as  feature of the innocent children.

He asserts that his disability was not a problem to get to what he dreamed of.

Zahiraddin is supervising 75 children and young people in Kobane. He says his goal is not material but moral, in order to qualify artists in the region to hold exhibitions and raise the profile of their country. 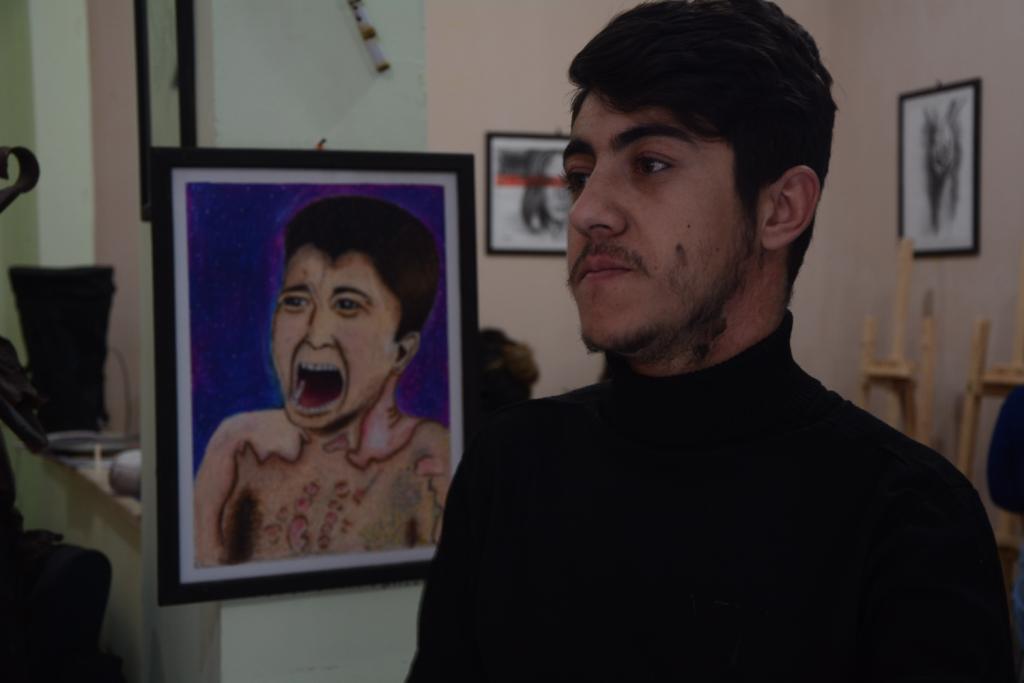 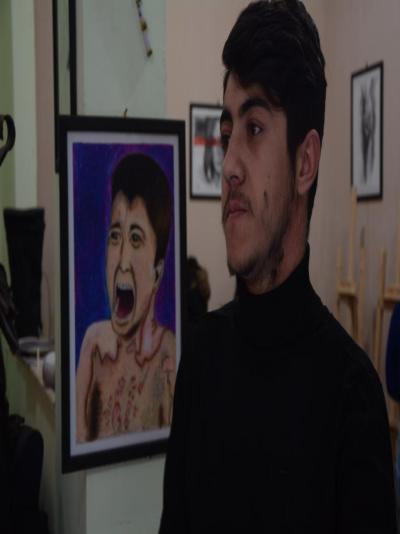 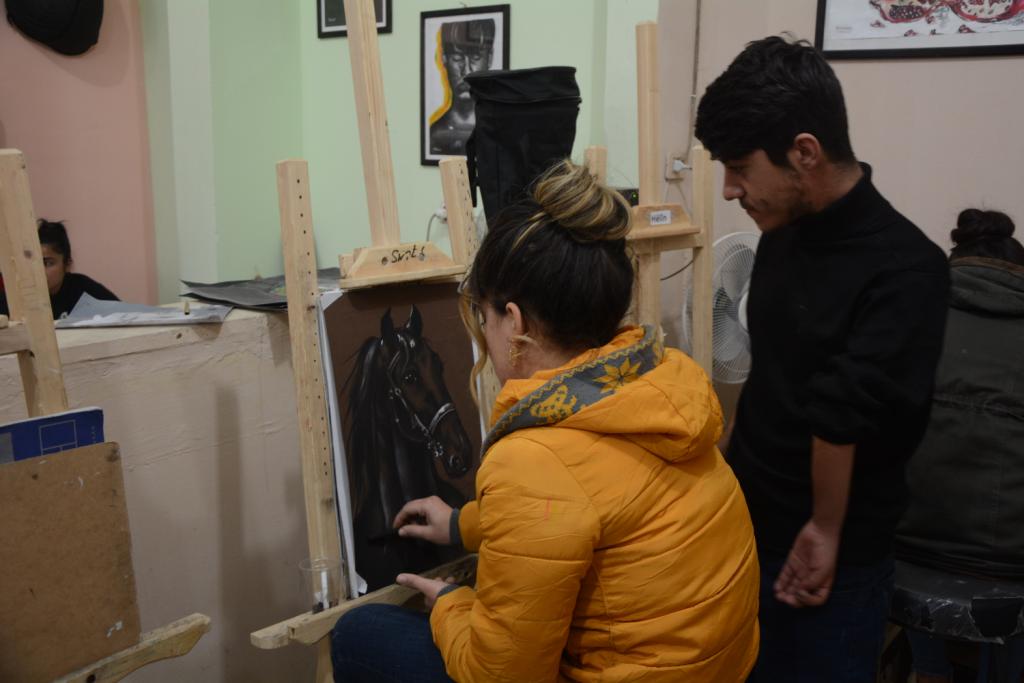 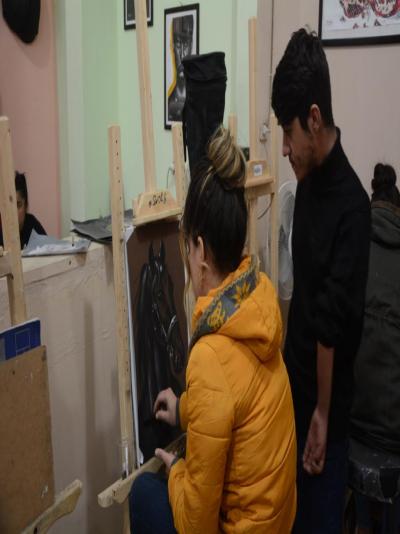 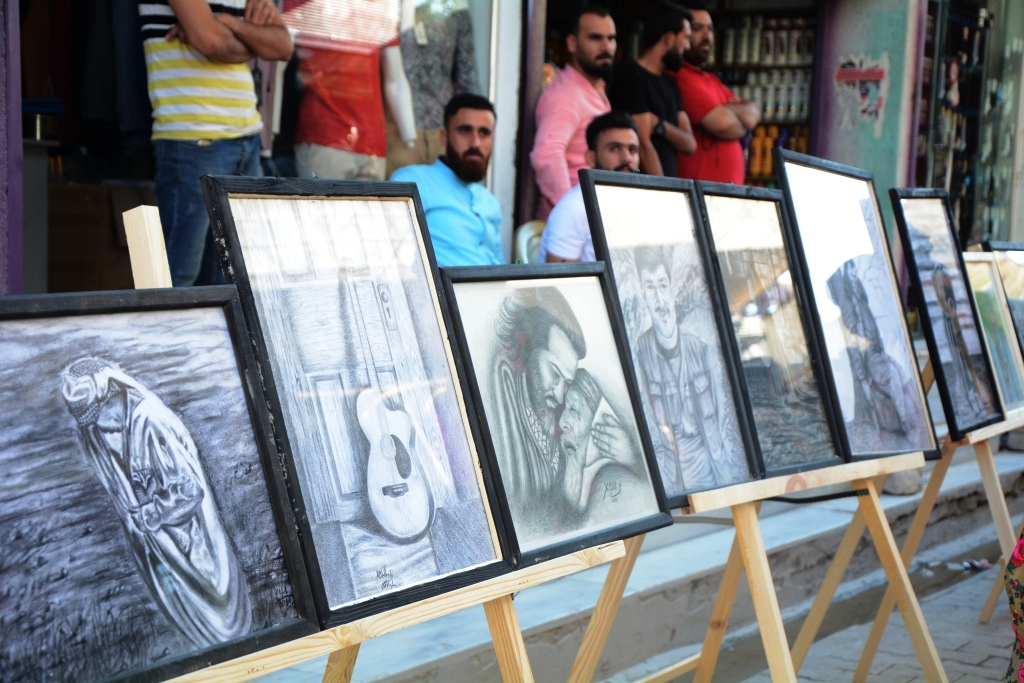 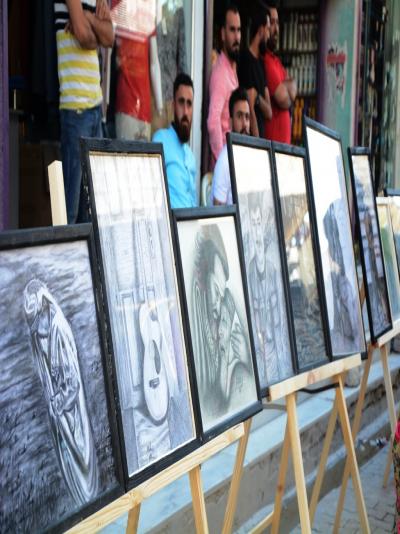 The Academy of The Democratic Society of the Euphrates region organized a competition to sup...

Rojava revolution and northeastern Syria achieved a qualitative leap on the cultural and...
Old Website