The fight against terrorism, the claim to liberate the areas and return them to their families, the return of the displaced to their homes, all these pretexts used by the Turkish occupation to justify the occupation of Syrian territory, forgetting the huge numbers of displaced people currently living in the areas it means, the city of Manbij is proof of this, and includes about 143 thousand displaced people of Syrian geography.

On 15 August 2016, Manbij in the north of Syria was liberated by the forces of Manbij Military Council (MMC) and the Syrian Democratic Forces (SDF). It became a destination for thousands of displaced people from the war and violations of human rights for the post-liberation security and stability of the region.

According to the displaced people, Manbij provided them with all their belongings and everything they wanted seeking for stability again after several trips of displacement within the Syrian territory as a result of the practices of the Turkish occupation and mercenaries and forces of the regime.

Displacement and its causes

The displacement to Manbij city in northern Syria began after the liberation of the city from the mercenaries, and the first displacement was in 2016 after the attacks of the Turkish occupation army on the Syrian territory in each of the areas of al-Shahba "Azaz, Jarablus and al-Bab," and it continued from several other areas in 2017 of al-Khafsa and Maskana areas, as a result of the violent battles that emerged between the regime forces and IS mercenaries.

Manbij city has become a refuge for thousands of displaced Syrians, and the destination of families seeking for security and stability as due to the presence of MMC with the Internal Security Forces which have been able to maintain the area far away from what is witnessed in other Syrian areas and for the return of the people to normal life as citizens getting away from the camps of the neighboring countries such as Turkey, Jordan and Iraq, or resorting to European countries as millions of Syrians have been refugees to the above-mentioned countries.

Despite the heavy burden, assistance was provided to the displaced

The people of Manbij together with the Democratic Civil Administration in Manbij and its countryside currently host some 143,000 displaced people.

The military operations of SDF to liberate the Syrian areas from mercenaries in each of the areas of al-Raqqa and Deir ez-Zor eased the burden on the Democratic Civil Administration in Manbij and its countryside by returning the inhabitants of these areas to their homes after liberation, but it was not enough to ease the burden on administration as most of the other areas remained under the control of the mercenary forces backed by Turkish occupation and regime forces.

Manbij protects the displaced and Turkey exploits them

The issue of displacement and asylum in some Syrian regions, neighboring countries camps like Turkey and Jordan has become a trading commodity through which these countries seek to impose their policy in the region, especially Turkey which has never neglected to use refugees as a pressure card on the European countries and countries involved in the Syrian crisis, as well as using the refugees to obtain millions of dollars from the United Nations and others that fear the consequences of the Syrian emigration to their countries, and we note that Turkey's policy through the use of refugees has succeeded. This success has been achieved at the expense of the suffering of Syrian refugees.

The solidarity between the people of Manbij city and the displaced Syrian people to the city did not help what the Turkish occupation aspires in the Syrian territory. The Turkish occupation sees it as a limit to its commercial projects which it relies on at the expense of the Syrians refugees, and from time to time, they target them in the safe areas, the last of which was the Turkish threats to invade the Syrian north, and Manbij was one of those cities as Turkey tried on a daily basis to obtain political and military concessions from other parties to target it through its mercenaries.

The displaced people and the Turkish threats

The Turkish threats to Manbij has created many fears among the displaced. The displaced see that any military intervention in Manbij area will force them to embark on a new displacement. Others see that the Turkish intervention will be as a blow to the security and stability of the region.

Omar Hussein, the father of four children under the age of four years, has been living in the camp of Resem al-Akhder in Manbij since two years. He displaced from Maskana city in the Syrian province of Aleppo, and it is an area of the areas currently under the control of the Syrian regime. He said, "Now, Manbij is witnessing a state of security and stability, we wanted stability."

Mohammed Ammar Ahmed, a displaced person from al-Bab under the control of the Turkish occupation and its mercenaries who is currently living in one room in the city of Manbij with his wife and son said, "Our areas are now under the control of the Euphrates Shield and the Turkish army. Kidnappings, killings and systematic displacement have forced us to displace to safe areas, so our choice was the city of Manbij. Erdogan's claims of liberating the city from terrorism and its fight against terrorism have nothing to do with all its actions."

This questions among the Syrians at this stage and after the Turkish threats to the region are that about any liberation Erdogan and his mercenaries are talking about? who are the displaced to return them to their homes in light of the continued forced displacement by his army and mercenaries to the people of the areas under their control of killing, looting, and kidnapping of civilians. 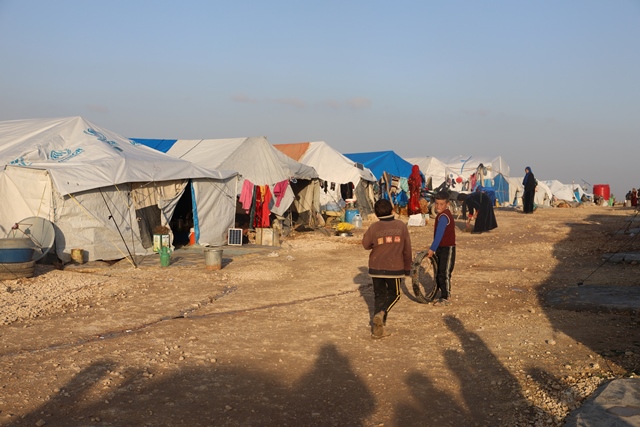 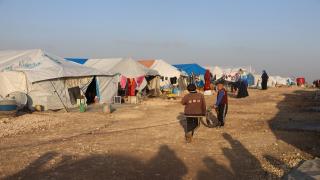 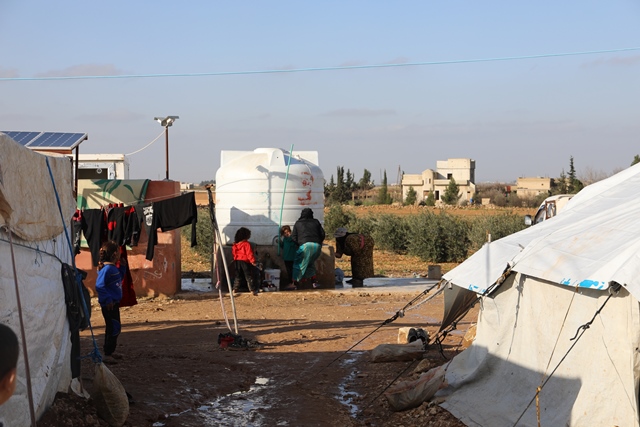 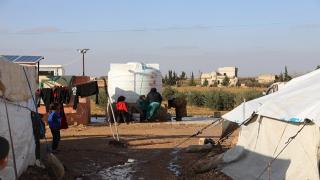 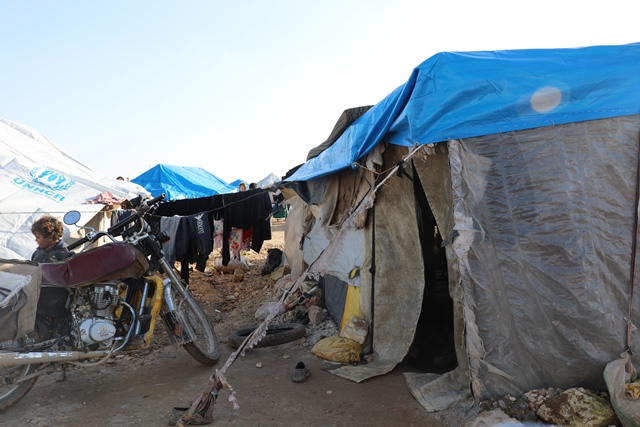 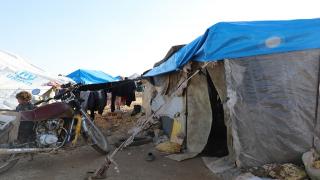 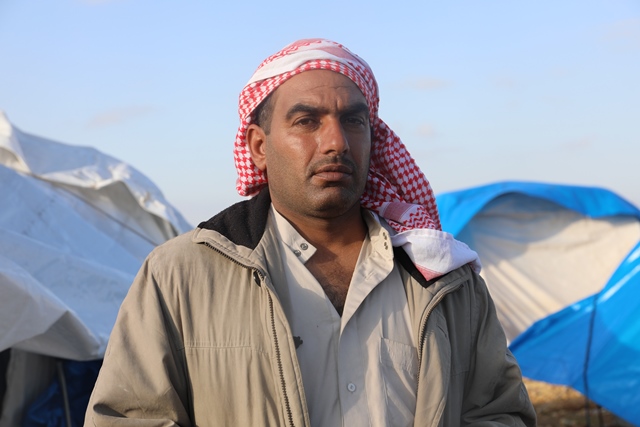 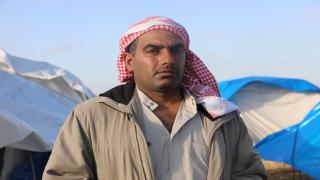 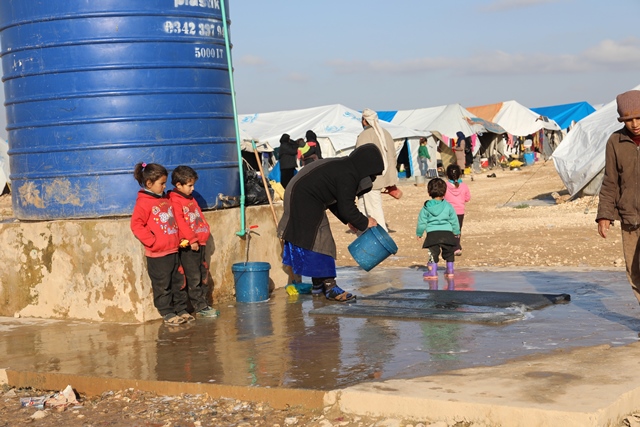 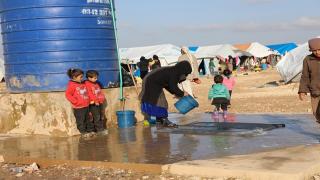 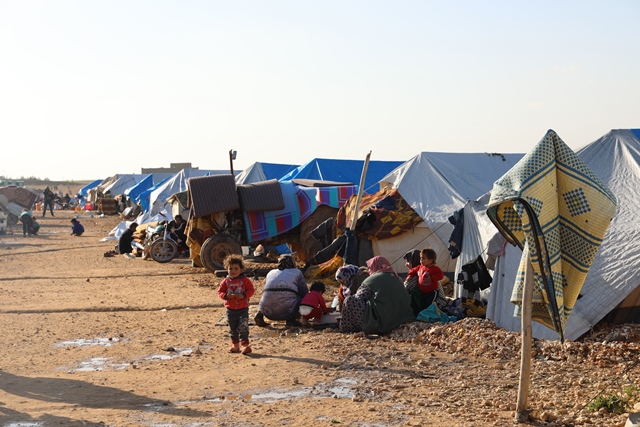 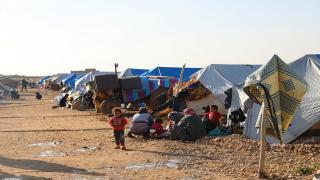 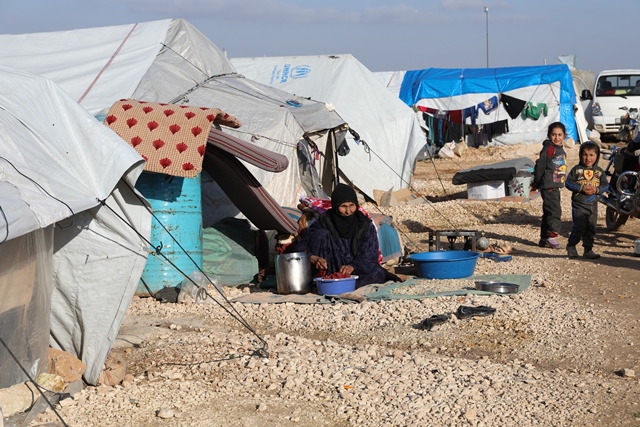 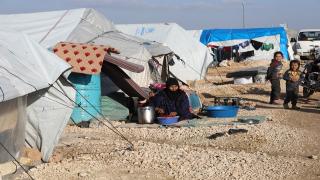 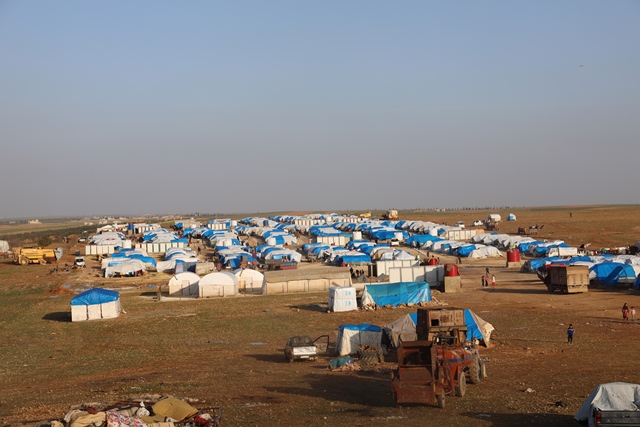 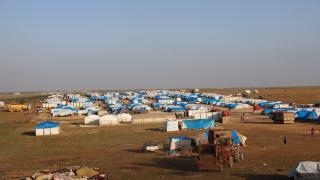 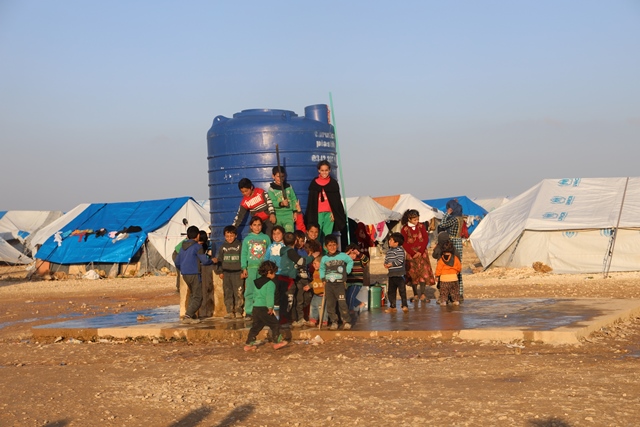 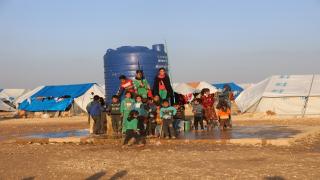 Al Sheikh Maqsood neighborhood in Aleppo city is an example of popular resistance, where the...

3 months have passed since Turkey occupied the city of Girê Spî/ Tel-Abyed  , and since ...
Old Website