Today, the Women Administration in the city of al-Raqqa organized a demonstration condemning the crimes of the Turkish occupation in the occupied regions of Serêkaniyê, Girê Spî and Afrin.

The demonstration started from al-Mashta al-Ziraee south of the city to the main arch of the bridge, with the participation of women in civil institutions, local councils, women institutions, the people's municipality, and an elite of human rights and intellectuals and Women Protection Units (YPJ).

The participants carried banners with "Let us unite; Syriacs, Arabs and Kurds against the Turkish occupation. Where is the international conscience of Erdogan's criminality against women in the Middle East? Erogan, the criminal, is burning civilians with phosphorus and napalm. No to the Turkish occupation in Iraq, Syria and Libya" written on, in addition to the pictures of martyrs.

At the main arc, the demonstrators held a minute of silence, after which a speech was delivered on behalf of the Women Administration in al-Raqqa by Fahima al-Jassem and said: "During this period, with blood-tinged hands, the mercenaries of the Turkish occupation committed the ugliest types of injustice and violence, and plundered goods."

She added: "From here, in the name of al-Raqqa women, we meet today with all the components of Syria in one geography to assure the whole world that our pain and our wounds are the same. We condemn all actions that our regions are subjected to by the Turkish occupation state that follows methods of killing, oppression and injustice against the peoples in the occupied regions, perpetrating class conflict with violence and in the name of patriotism for the sake of its sordid and dirty interests."

She said: "Who does not fight today with awareness and sincere patriotic feelings, and who does not support the Syrian Democratic Forces cannot be a true patriotic person."

Fahima al-Jassem, in the conclusion of her speech, appealed to all countries of the world and human rights organizations to take a serious stance to help the Syrian people. 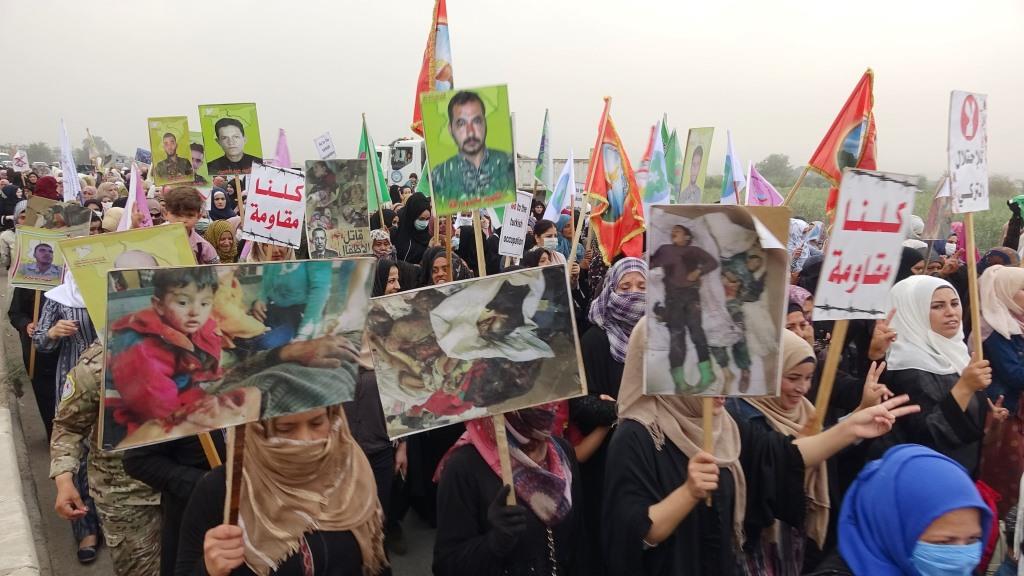 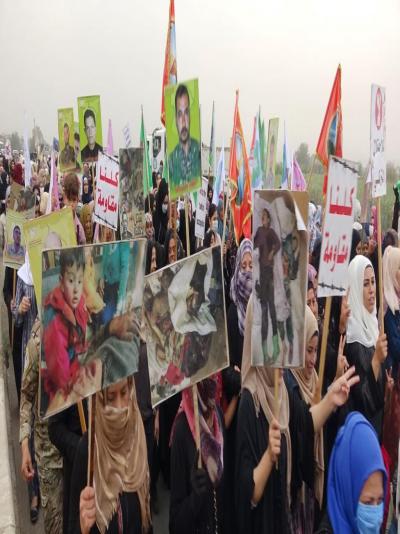 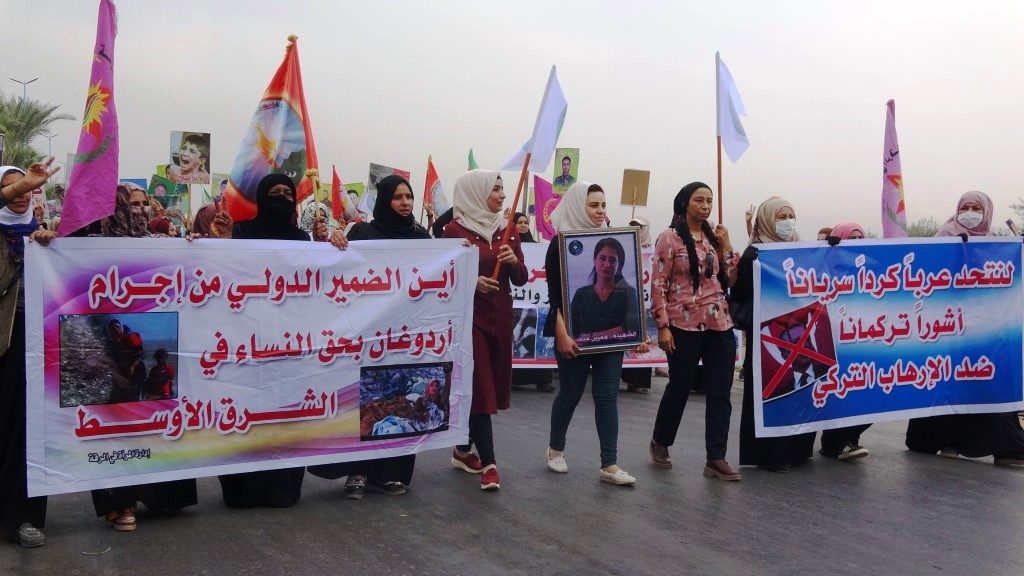 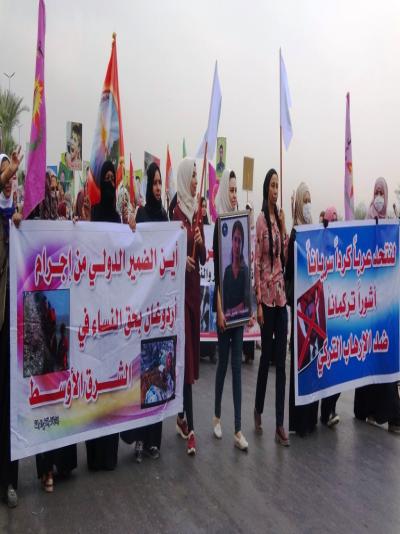 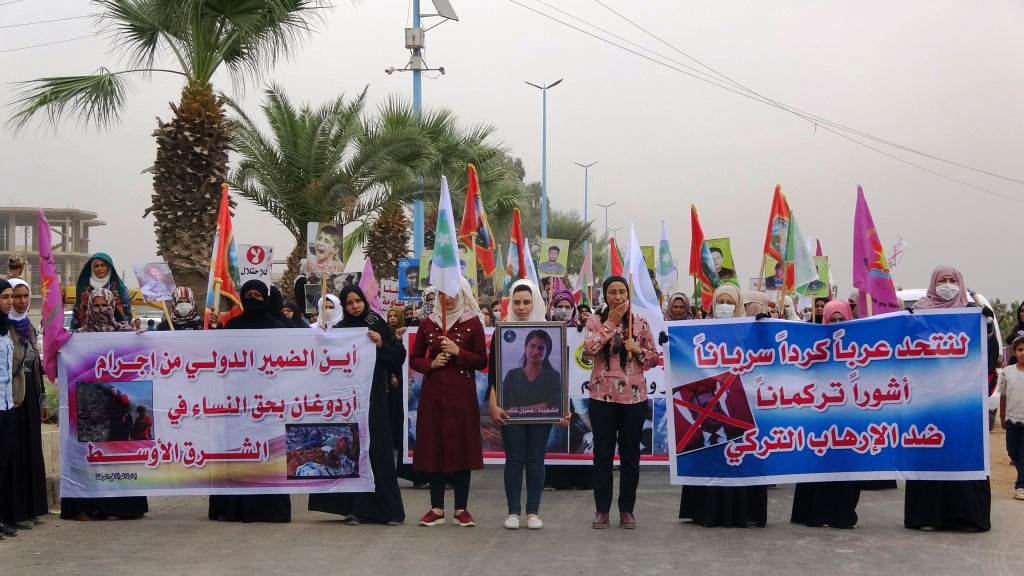 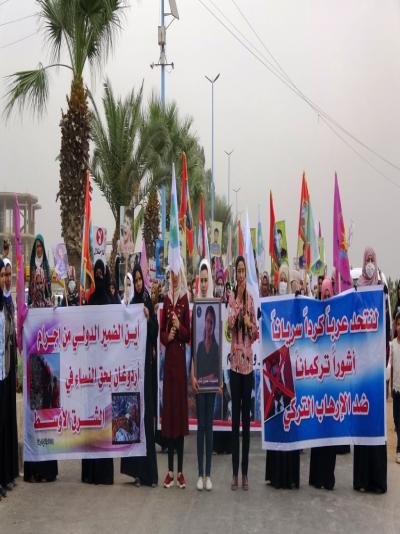 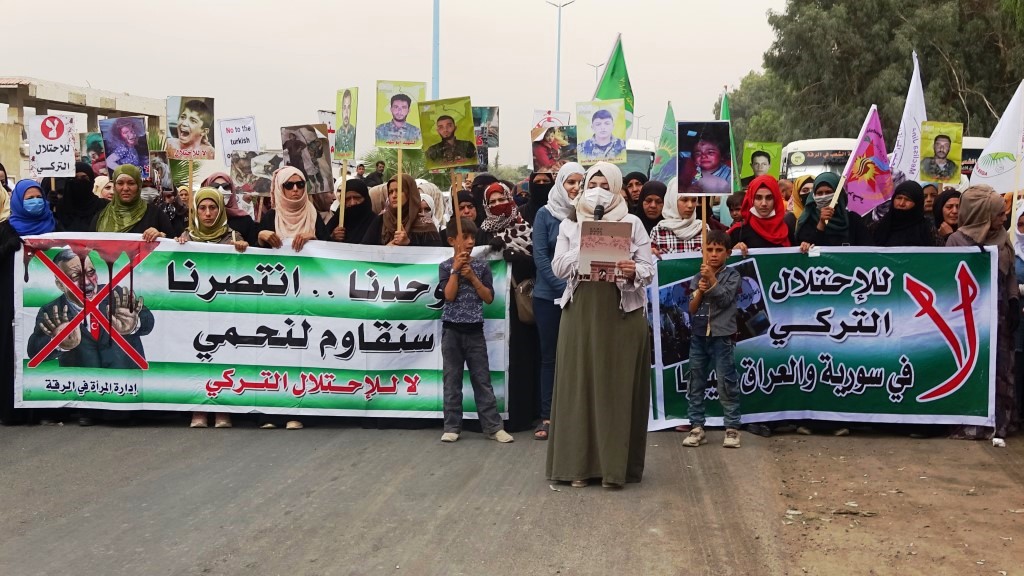 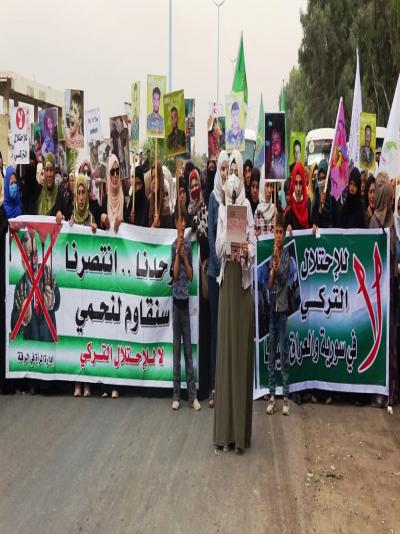 Turkey's trial of Çîçek Kobani is a breach of international law

The co-chair of the Lawyers Union in Al-Jazeera region stated that Turkey's trial of the pri...

The third batch of the displaced residents at Al-Hol Camp, that was composed of women willin...

Female politicians called on the concerned parties to form a committee to visit north and ea...
Old Website

"We will not recognize any agreement disregards view of Şengal people"

- Turkey's trial of Çîçek Kobani is a breach of international law