Rejecting the attacks of the Turkish occupation army and its mercenaries on the northern and eastern areas of Syria and in support of the SDF, the Amuda District Council organized a demonstration in which thousands of residents of the district and its villages participated.

The demonstration began from Martyr Jihad Square and roamed the streets of the main area amid chanting slogans condemning the attacks of the Turkish occupation.

The demonstrators raised pictures of victims of the occupation, and banners reading "Death to betrayal, not massacres against northern and eastern Syria, and attacks by the Turkish ISIS."

When the demonstrators stood in front of the Martyrs' Families Foundation headquarters, the Democratic Union Party’s (PYD's) co-chairperson, Aisha Hassou, said: "We must escalate our struggle and support our military forces. No matter how severe the attacks are, we will not go back. Its goal is to occupy other parts of Kurdistan as well. "

At the end of her speech, Aisha Hassou called on all components of the people to unite in the face of these occupation attacks.

The demonstration ended with chanting slogans that salute SDF resistance and glorify martyrs. 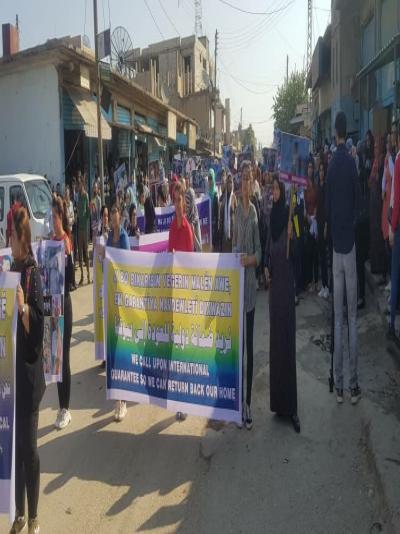 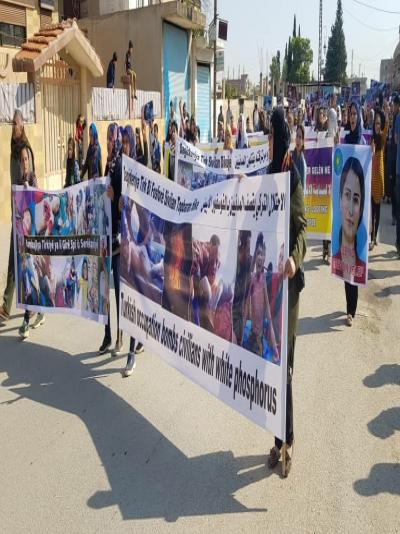 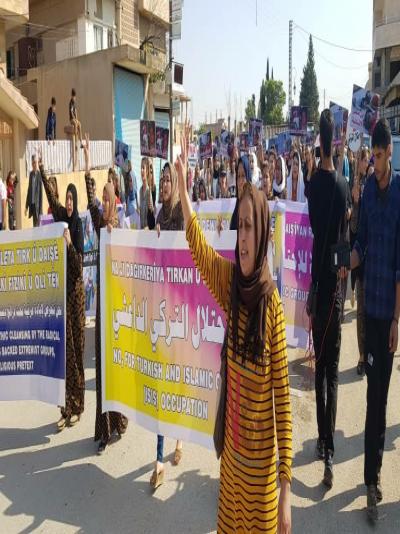 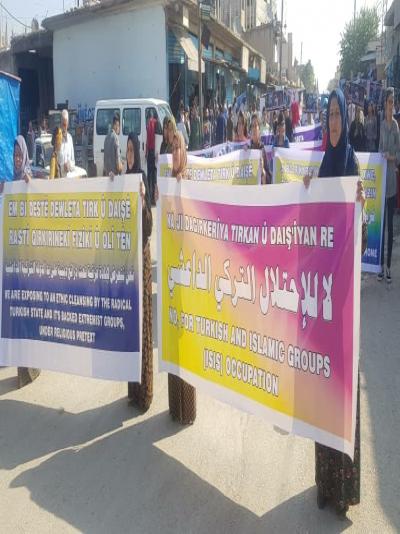 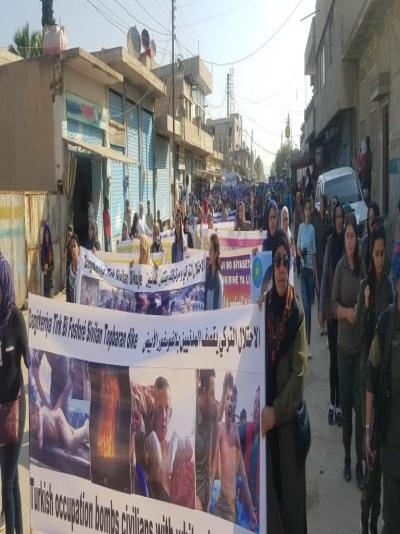 Human Rights Organization: What is going on Afrin’s Ferreiriya village is crime against humanity

Al-Mesmari threatens Turks, "Your dreams will end at Sirte, Al-Jafra"

- Political analyst: Iraqi government will resort to other means against Turkish interference

- ​​​​​​​Turkey seeks to paralyze women's movements.. we to foil these endeavors with our struggle, resistance

- Şengal Council: Return continues so we must organize ourselves, preserve our land