Last night, the Turkish occupation army bombed the village of Al-Safawiyeh, 3 km east of Shirkrak silos, in Ain Issa district, committing a horrific massacre against a family in Ain Issa. Afterwards, they were hospitalized in Raqqa.

The statement stated: "The Turkish occupation carried out a horrific massacre last night, and bombed civilians in a safe village, claiming lives of an entire family. Since the Turkish state occupied the city of Girê Spî / Tal Abyad, Serêkaniyê and Afrin, children, the elderly and women have always been the victims and the direct targets."

The statement continued: "The massacre of is a new one in the history of the Turkish occupation, after it bombed with heavy weapons their village, which is located on the southern side of the international road, one kilometer away from the fighting fronts. This massacre is linked to the Şingal massacre committed by ISIS mercenaries and their direct supporter In 2014, when thousands of Yazidis were killed.

The statement noted that the massacre timed with the Şengal massacre anniversary, to add the Turkish occupation's massacres it committed against civilians and defenseless children.

Referring to Konya Massacre in Bakur Kurdistan against a Kurdish family, the statement stated: "The Turkish state targets all components without exception." 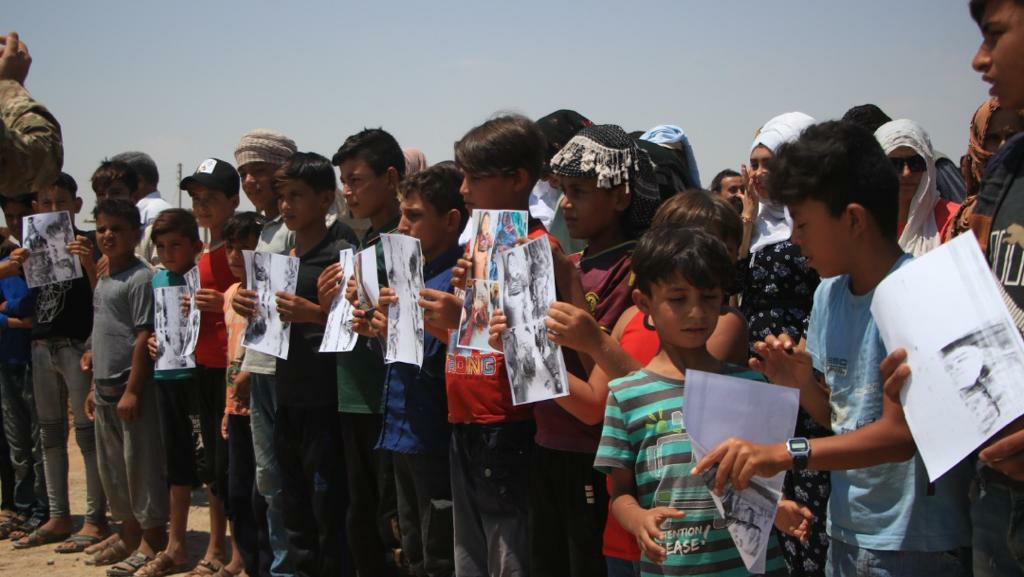 The statement denounced "the crimes of the Turkish occupation against the Syrians and using them as mercenaries abroad is to expand in its Ottoman project, trying to control and occupy large areas of Syrian territory, Başûr Kurdistan, and North Africa."

The statement appealed to the international community to stand by the Autonomous Administration of North and East Syria and to deter the Turkish occupation's massacres against defenseless children, women and elderly, and said: "What was our fault and that of defenseless children except that we fought terrorism and liberated our land, the world from ISIS terrorism. Today no one is deterring Turkey as a member NATO for its crimes against us. This is another condemnation of NATO, which was supposed to stop the brutality and barbarism of the Turkish occupation in northern Syria. Where is the Security Council from the Turkish massacres against Syrians?

The statement ended with chanting slogans saluting the victims and martyrs.