Today, the people of al-Jazeera's strike has entered the ninth day at tents in July 19th Park in Qamishlo, as 140 people from Girkê Legê flowed to the strike tent taking shift from the people of Tirbe Spiyê for two consecutive days in support of Leyla Guven and all her fellow strikers.

The events of the strike tents began on the ninth day with a lecture by the leader of the Women's Protection Units Medya Shadadi on the reality of the revolutionary people, and showed through it that the revolutionary people would not leave their land nor give up gains achieved to strangers, and establishes its military, economic and service system.

She pointed out that the people of northern and eastern Syria adopted the revolutionary approach of the people, defended their land and their gains and stood in the face of the most "terrorist" organizations Daesh and Jabhet al-Nusra and managed to organize themselves from all aspects of life by virtue of Kurds, Arabs, Syriacs and Turkmen's cohesion in one trench in accordance with the principles of the democratic nation. "

With high morale, messages of resistance, they took strike shift

At 11.00, with high spirits and slogans expressing resistance, 140 people from Girkê Legê took shift at the tent from the residents of Tirbe Spiyê. They are scheduled to take shift for two consecutive days.

On the ninth day of the strike, a delegation from the Union of Intellectuals of al-Jazeera region and the Democratic Society Movement (TEV-DEM) visited the tent. Under the tent, on behalf of the Union of Intellectuals, Malvan Rasul said that the Turkish authorities had been forced to allow the lawyer of the leader Ocalan to meet with him, adding they the Turkish policies cannot be trusted and struggle must be escalated to free leader Ocalan and fight to break his captivity from Imrali prison."

Leyla Guven shook the throne of the Turkish state

Shero Shero, a member of the Democratic Society Movement, noted that unprecedentedly, a people fasts two fasts simultaneously, one fasting for their faith, and the other for their humanity. He pointed out that the Kurdish woman represented by the struggler Leyla Guven shook the throne of the Turkish state.

The hunger strike is set to continue in the tents set up at July 19th Park until the hunger strikers deliver a statement after receiving a message from the lawyers of leader Ocalan. 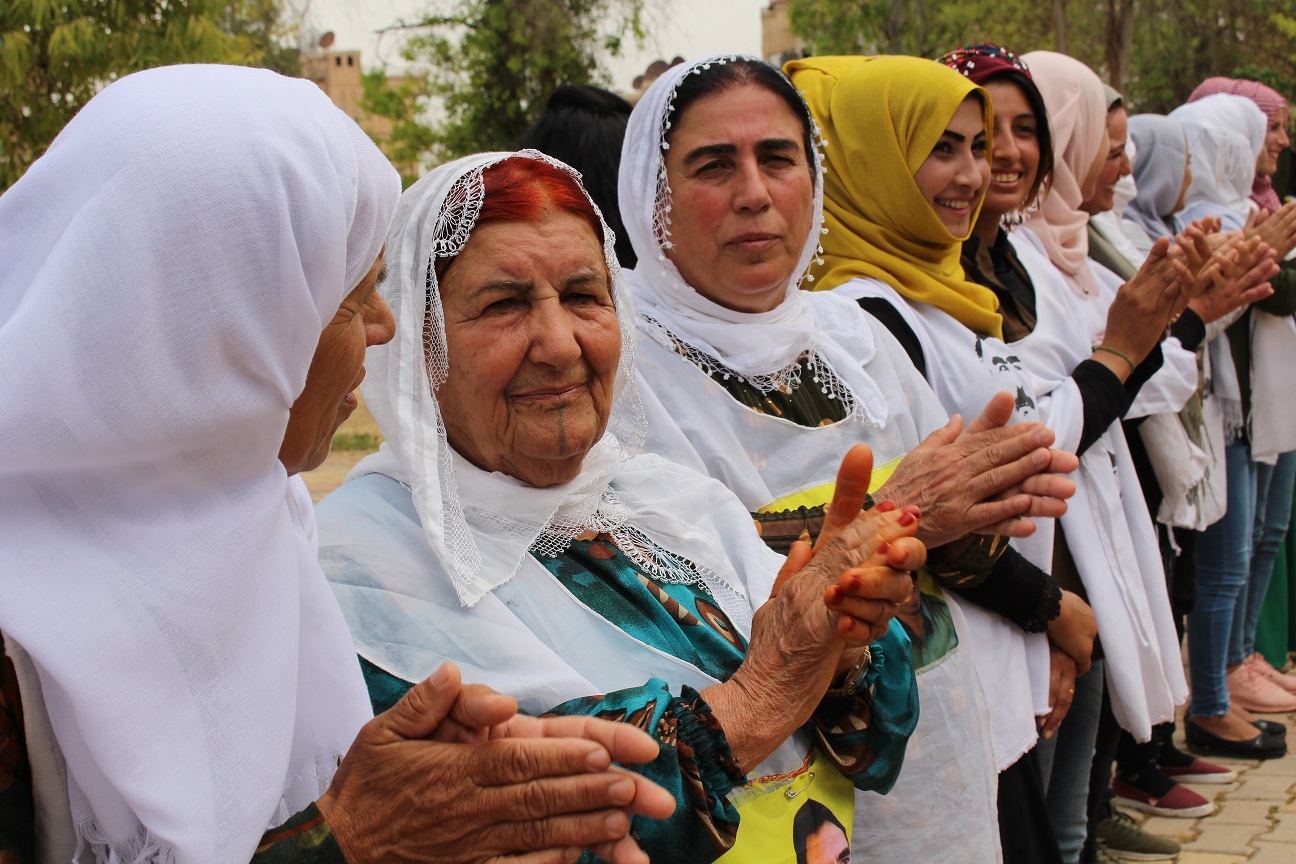 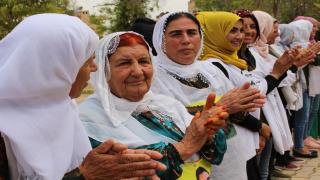 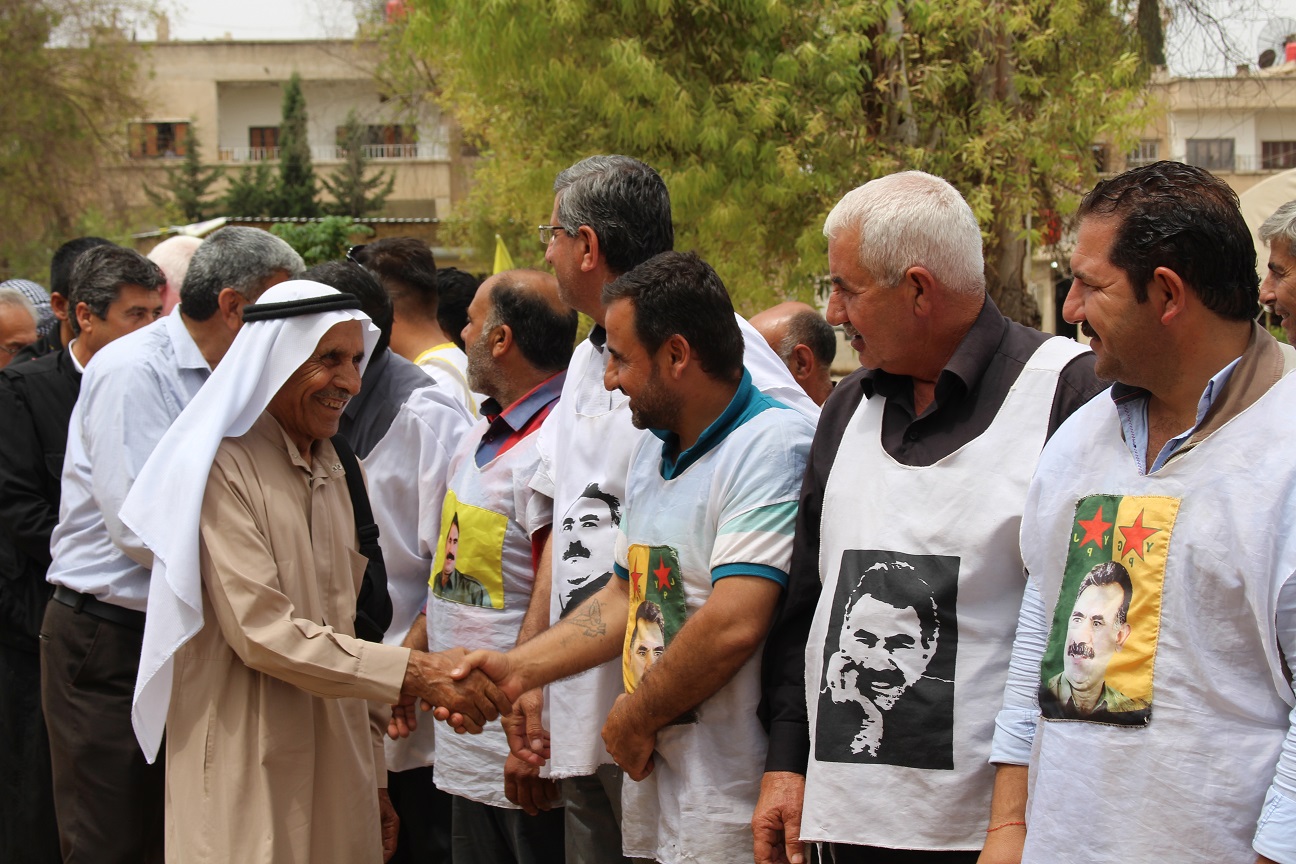 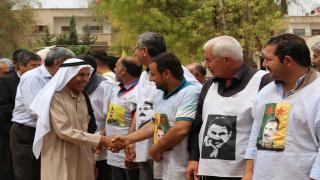 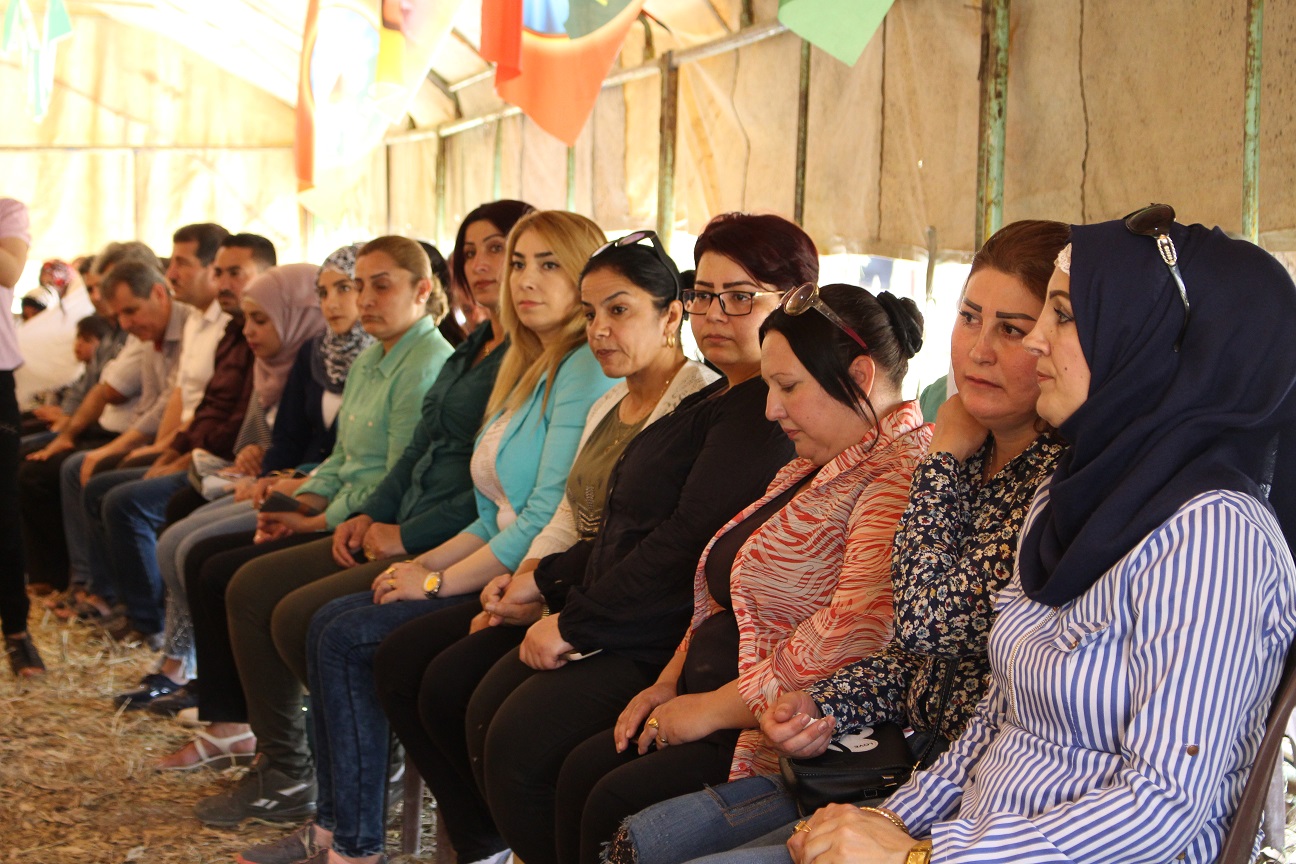 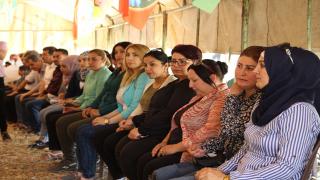 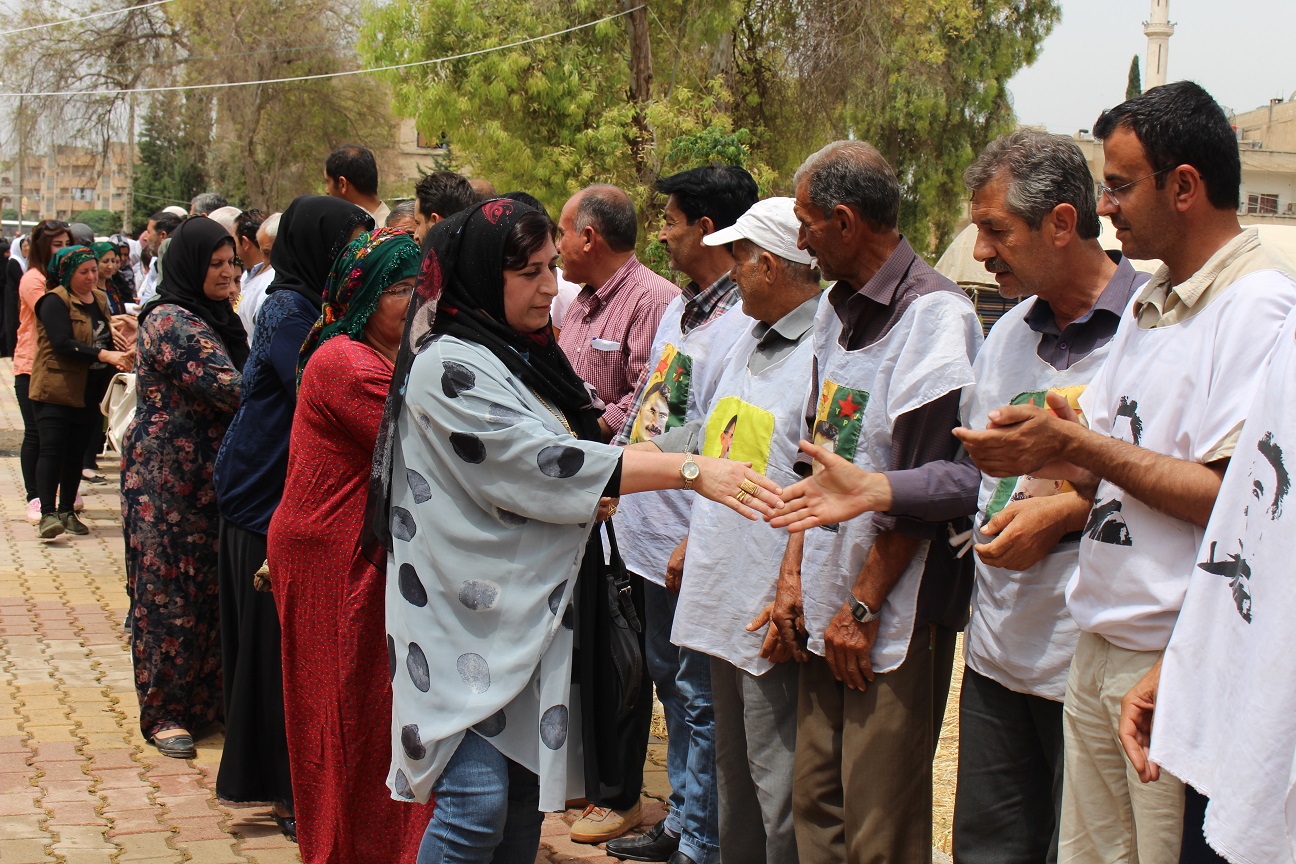 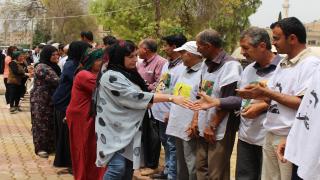 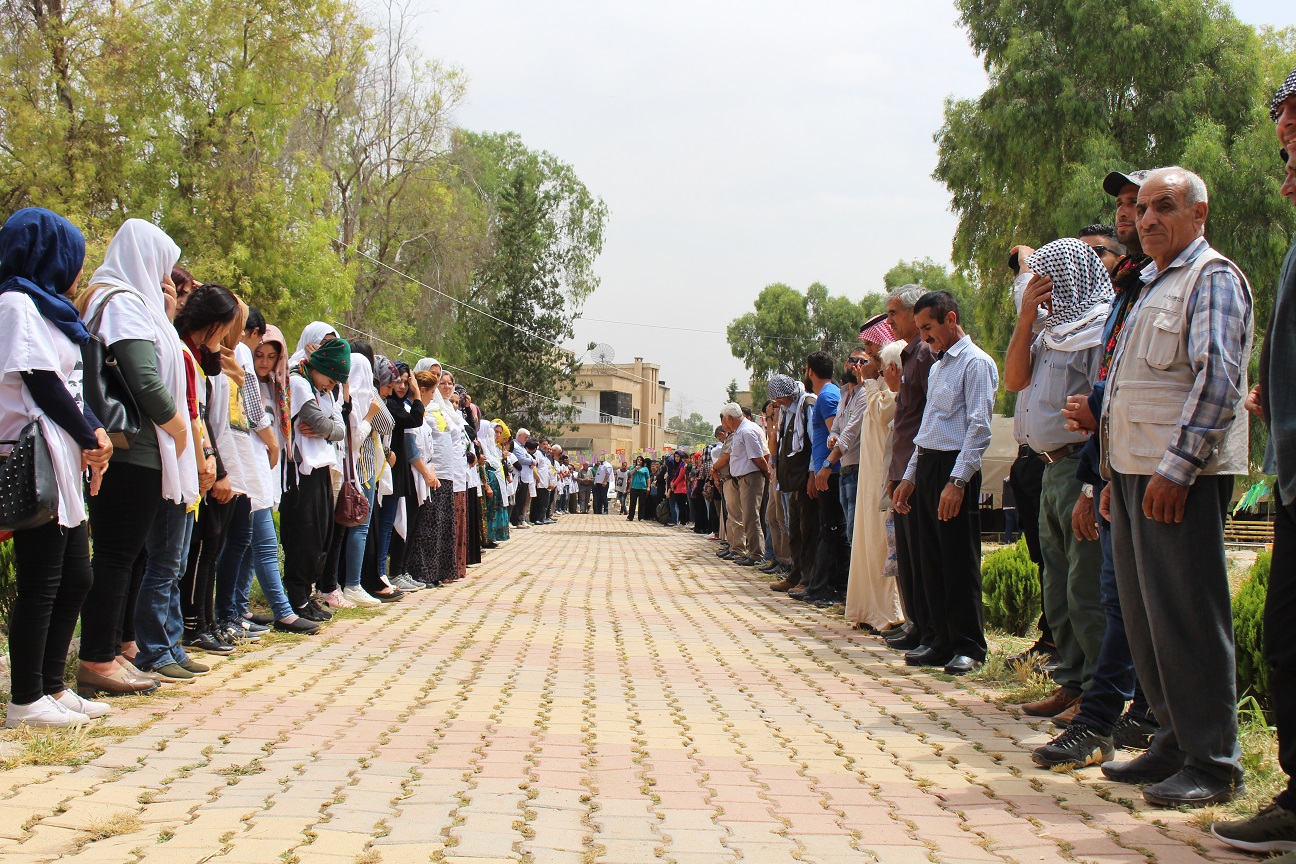 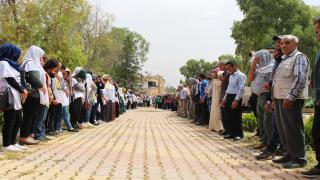 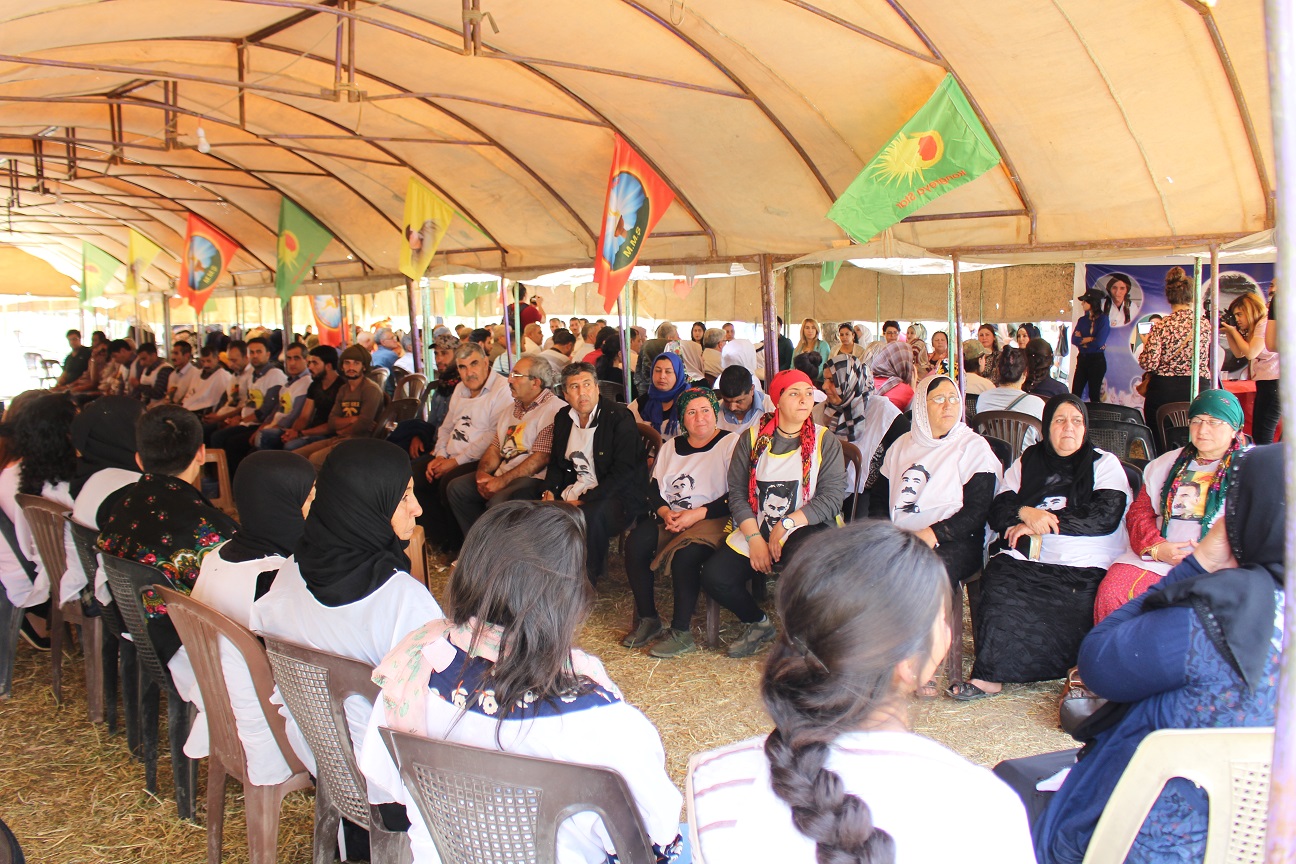 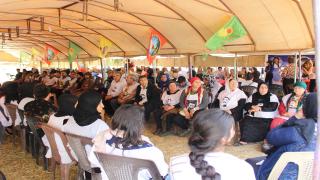