Women in the Middle East face a third world war; It was caused by authoritarian regimes and dictatorship based on the repression and looting of societies, eradication the value of essence woman, destroy her revolution that seek to freedom, democracy and equality.

The masculine mindset is that of the Turkish occupying state, which practises the most heinous crimes of intellectual, sexual, physical and cultural violence against women, particularly in the Syrian areas occupied by it; The Turkish occupying state and its mercenaries have been killed in the occupied areas over the past 10 months; 9 women abducted 46 women, not to mention their continued targeting of women in NE, Syria through their occupation attacks. 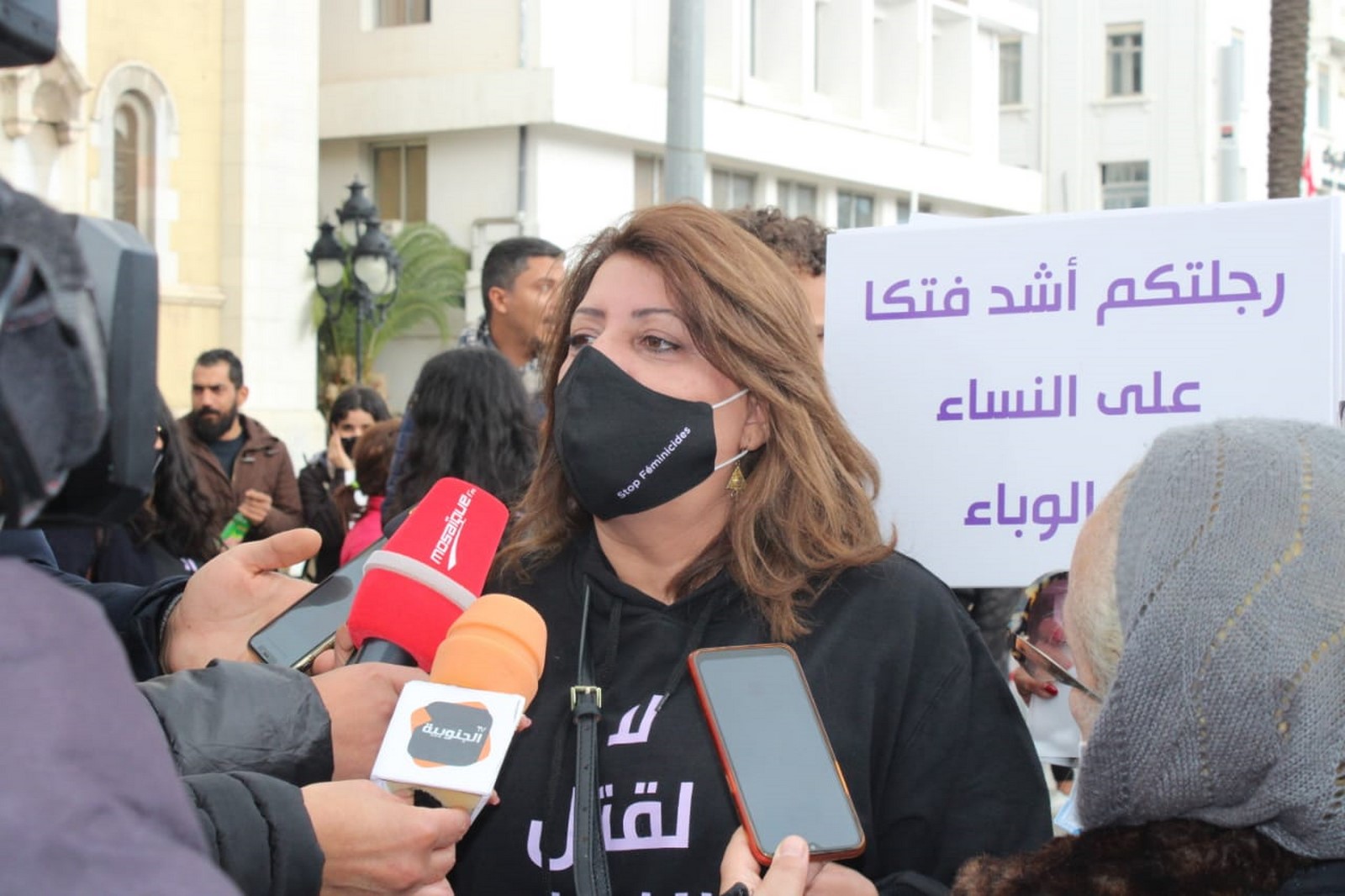 Protection of women in conflict

Furthermore, the head of the Tunisian Association of Democratic Women, Nayla Zaghlami, drew attention to laws providing for the protection of women in conflict, stating: "There are laws protecting women in times of conflict, as well as protecting women civil society activists."

"These laws are multiple in the International Covenant on Economic and Social Rights, and some international agreements are provisions of the United Nations that, if implemented, protect women in times of conflict or find a safe haven for preventing them from the negative effects of conflict, and they are in the service of women's equity if applied."

Despite all the laws, most crimes of violence against women remained unaccounted for, Nayla Zaghlami referred to the reasons for exemption for perpetrators of violence against women, stating: "The patriarchal mindset is a privileged male mindset considered and reduced to the dignity of women in their honour. This mindset is established and initiated either by violence, murder or otherwise.

To eradicate this mentality, Nayla Zaghlami stressed women's unity of attitude and voices in order to avoid impunity for the perpetrator of violence, stating that "women must break the silence and expose all violent crimes committed against them.”

Nayla touched upon the role of human rights and feminist movements in eliminating male mindset "Rights and women's movements must conduct pro-one-on-one operations, mobilization and advocate against impunity for the perpetrator of violence, especially in matters of honour killings, marriage of minors or murder of women".

She noted the guarantor method of success in addressing the masculine mindset: "First, there is a women's and women's rights movement that, through citizenship, defends women who are subjected to physical, psychological, sexual and verbal violence; Here it is the role of women to be conscious of exposing these crimes. "

It's time for democracy.

"These uprisings must continue and receive the support of international organizations, covenants and conventions in order to build other homelands where women can live in dignity".

The uprisings were only in order to establish a civilian State capable of protecting the rights of its citizens, with citizens and women not being considered "livestock"; Women and men alike, especially young people, must participate in public affairs management, elections, candidacy, political decision-making positions and participation in major choices.

The uprising that erupted under the slogan "Women, Life, Freedom" in Iran and the Kurdista...

Kongra Star condemned the death sentences issued by the Iranian authorities against proteste...

SARA Organization for Combating Violence Against Women condemned the death sentence against ...