Turkey has brought two journalists working for the American New York Times and El Mundo in Spain to the occupied Afrin province for 3 years, where they scandalously distorted the facts in a miserable attempt to cover up the Turkish crimes against the indigenous people of Afrin.

Since Turkey's occupation of Afrin canton on March 18, 2018, horrific crimes have been committed against its residents and nature, and the first, is the crime of occupation, and the second is the forcible displacement of the population, not to mention the massacres committed during the attack that was launched on January 20, 2018, and the third is the resettling mercenary families and fourth, change the demographics of the city.

According to statistics, more than 300,000 civilians have been displaced since the occupation of Afrin, and the displacement process continues. Now, the percentage of Kurds in Afrin does not exceed 23%, and this is the largest demographic change in Syria since the beginning of the crisis in 2011.

According to the Afrin-Syria based HRO, for three years, the Turkish occupation has sought to change the identity of Afrin by applying Turkification in all aspects of life.

'More than (7,343) civilians were kidnapped during three years'

The Rights Organization documented more than (7,343) kidnappd during the three years of occupation, and fate of more than half is still unknown, not to mention that Kurds were repeatedly kidnapped fo a ransom, and this is what Afrinis dubbed as "a profitable business".

It has also been documented that 70 women who were killed, 68 raped, and more than (604) civilians were killed, of whom (498) in the Turkish bombing and (82) under torture. More than (314400) olive and forest trees were cut down, and more than (11) were burned. Thousands of homes were taken over, and dozens are turned into prisons, detention centers and headquarters of the occupation mercenaries of Turkey.

The crimes also affected the archaeological sites and sites, which are listed on the UNESCO list, such as "the temple of Ain Dara, the Prophet Hori, the Dodaria Cave, and the tomb of Saint Maroun."

The Turkish occupation also dug and bulldozed more than 70 archaeological hills, more than 15 religious' shrines for different sects and religions, in addition to razing many graves and turning one of them into a livestock market.

'Turkey tries distort the contents of the reports that incriminate Turkey' 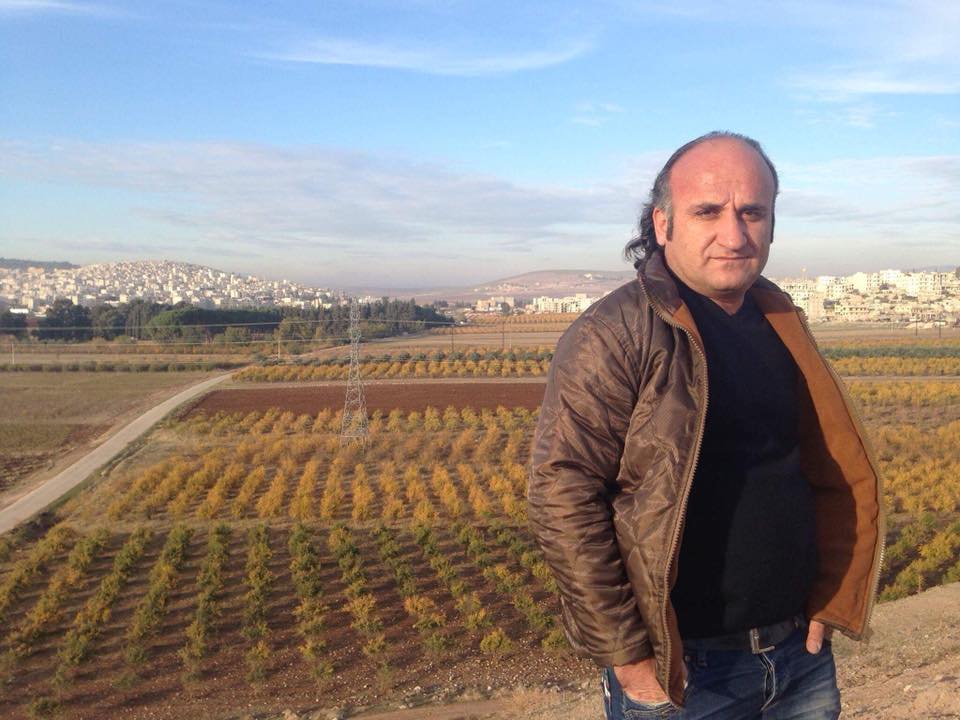 The Kurdish journalist, Muhammad Bilo, from occupied Afrin, explained that Turkey is now under pressure, as a result of international and local reports issued about Afrin, and is trying to thwart the contents of those reports that incriminate it, by introducing some journalists loyal to it, and he said: “The Turkish occupation state recently has entered journalists to cover up its crimes.

He indicated that "it is not possible to cover up the heinous crimes of Turkey, as last February, 52 people were kidnapped, and nearly 500 olive trees were cut down. I documented them."

He assessed the situation in Afrin since the occupation, and said: "The city has witnessed a dire security situation, including bombings every two days. The Islamist groups clashes never stops leaving casualties among the civilians and crimes are committed continuously."

He indicated that Turkey does not allow humanitarian organizations or independent journalists to enter Afrin.

"The Turkish occupation army has committed horrific crimes against civilians." 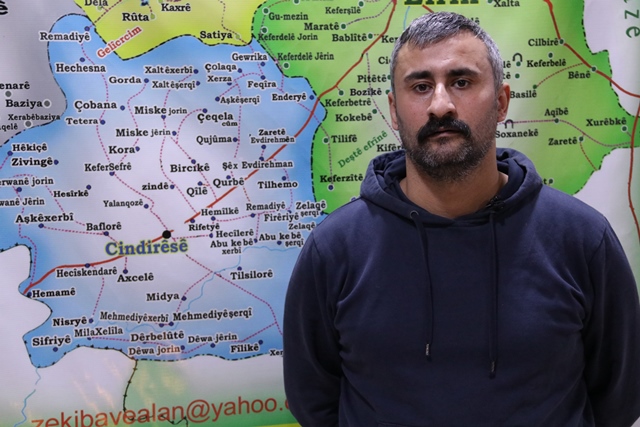 Journalist Zana Deniz, covered then the Turkish attacks on Afrin, said: "There were a huge number of journalists in Afrin, working for international and local media." He continued, "The Turkish occupation army has committed terrible crimes against defenseless civilians."

Deniz touched on the dirty Turkish policies: “The Turkish army, a while ago, brought a number of journalists to the city, and their reports lack credibility."

Deniz noted that the journalists held interviews with some of the people from Aleppo, Homs, Hama and Idlib, but they did not ask in his report, where are the original inhabitants of Afrin ? nor did they address the forced displacement of thousands?

A single person from Afrin in the report.

Deniz confirmed that Afrin has been a majority Kurdish city for thousands of years, noting: "The report itself proves the ongoing demographic change in Afrin." 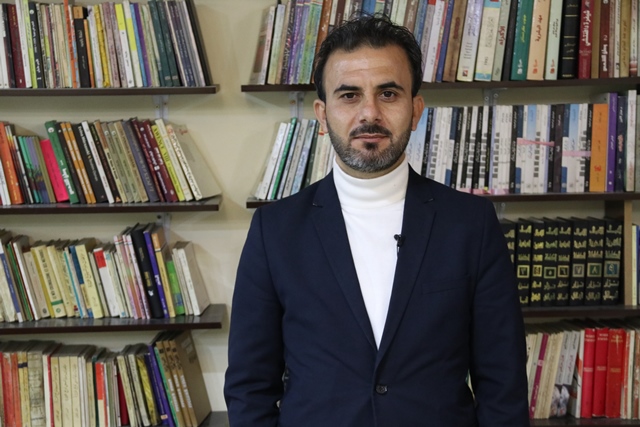 Hebar Othman, Al-Hurra correspondent, and the Executive Director of the Syrian Kurdish Journalists Network, covered the Resistance of the Age in Afrin, recalled some of Turkey's crimes, and said: “Civilians were killed during the attacks on Afrin, and archaeological sites in Afrin were targeted in a systematic manner. Turkey has committed war crimes in Afrin ."

Othman pointed out: "I photographed the archaeological basalt lion statue in Ein Dara, and now we search via satellite, to notice that Turkey has stolen the statue," explaining that one of the biggest war crimes that Turkey is now committing in Afrin is the process of demographic change, not to mention displacement.

'Components of Afrin are threatened'

He explained that the components of Afrin are threatened, "the shrines of the Yazidis were destroyed and forced to convert to Islam."

Osman noted that Turkey is now trying to beautify its image in front of public opinion by introducing journalists, and said: "Turkey needs media propaganda in order to continue its policies in the regions, so it has brought in journalists to change the facts."

Othman said: "We must now ask where are the original inhabitants of Afrin? According to United Nations reports, more than 180,000 people were forcibly displaced from Afrin."

Othman confirmed their inability to enter Afrin, and said: "During Turkey's attacks on Afrin, there were journalists covering Turkey, in order to whiten its face in front of public opinion, and the crimes that were committed were being covered up."

Osman mentioned that they were exposed several times to direct targeting by the Turkish army and its mercenaries along the demarcation lines, and said: "A number of my colleagues were arrested at one of the front lines, and they were transferred to Turkish mercenary detention facilities in Hewar Kilis."