Afrin districts, Rajo, Janders, Shyia, Şêra, Mobata, Bulbul, ​​Şêrawa and its border villages with the Turkishn state had witnessed the fieriest attacks by the Turkish occupation army, where the aggression used the strongest weapons, but the people and fighters did not surrender instead show great resistance.

After a year of Resistance of the Age, we will recall the steadfastness of women in particular, who have been the resistance's leaders, and in every part of Afrin they have a long history of resistance and confrontation.

Mother Fatema Rashid, 50 years old, from Mamoula village of Rajo area, said "At the start of the attacks, on 20 January, the sound of warplanes overflew the area. Suddenly we felt the vibration of our house from the intensity of the attacks, from that day until the last moment of Rajo's resistance, it was the case,"

The fighters asked them to leave the area for their safety, but she could not get far away from her land, but she resisted 20 days in her village, then she headed to the center of Rajo due to the approaching of the brutality of the aircrafts

Fatima asserts that the destruction of the Rajo area today witnessed that the region had presented the greatest sacrifices and resistance. The Turkish occupation army and its mercenaries were unable to face the will of the fighters and the people, so they resorted to using the planes. "We, as mothers of Afrin canton confirm that we are ready to provide more sacrifices to liberate Afrin and return to it again."

Houria Muhammad, 37 years old, witnessed Janders fronts , she said "In the attacks of the Turkish occupation army and its terrorist mercenaries on Afrin I was in the village of Hamam, in Janders in general, it was a resistance that has no resemblance to it, but with the intensifying of the brutal shelling, our homes were besieged, I and my 5 children for 5 consecutive days, one morning I left the house, and I found the YPJ fighters in the village. I felt as if the spirit had returned to me. I hugged them and received them in my house and prepared food together. "

Women in Janders had organized activities, resisted and never give up in front of the brutality of barbaric shelling, and they were source of strength and morale "with that power we were able to resist."

MOTHER Zaynab Khalil, 45 years old, from Şêya district, said," we were targeted in the morning till the afternoon, in spite of the intensifying of brutal shelling, we continued our training, the only thing which changed is preparing the food for the fighters of YPG, YPJ."

She added "When the area was besieged, and the delivery of foodstuffs and supplies to the area became difficult, we started to make bread from the flour we had, and we worked 24 hours with our supplies so that our children would not remain on the front lines without food," she said.

Mother Amal Khraman, 50 years old, from Shera village, she was in the ranks of the families who fought bravely to repel the attacks in stand alongside with the fighters, describing their resistance said " we will not surrender, we refused the Turkish occupation on our territory, so we organized ourselves to confront any attacks with all our strength, we secured our children in basements existed in the area, and we spread out in the streets and provided the necessary aid to our fighters who stationed in the front lines in Shera district.

She said that they gathered every morning and distributed the work and services among them. Some of them were on the front lines and supported the fighters. Others were preparing the food, some of them were visiting the houses of civilians and ensuring their safety and others were helping the injured civilians along with the Kurdish Red Crescent.

Nadia Mohammed Ali, from Mobata district said" Resistance of the Age gave the women pioneer role to repel the attacks of the Turkish occupation and its mercenaries, each time the attacks intensified, we were determined to stick to the soil of our homeland. "

It is known as the castle of steadfastness and resistance that has faced the attacks of the Turkish occupation army since the beginning of the Syrian crisis, mother Asmahan Rasho said" Turkish occupation's attacks were violent and indiscernible, as Turkey deliberately targeted civilians and displaced us from our homes and villages, but we still remained steadfast and defended Afrin 58 days despite the intensification of battles and attacks and did not allow Turkey to achieve its objectives

As for the resistance of Basota village in ​​Şêrawa district, mother Hala Abdul Rahman said that they were exposed to barbaric bombardment by warplanes, "We saw how mercenaries targeted the civilians. We were confident that the enemy targeted the people and wanted to exterminate us." 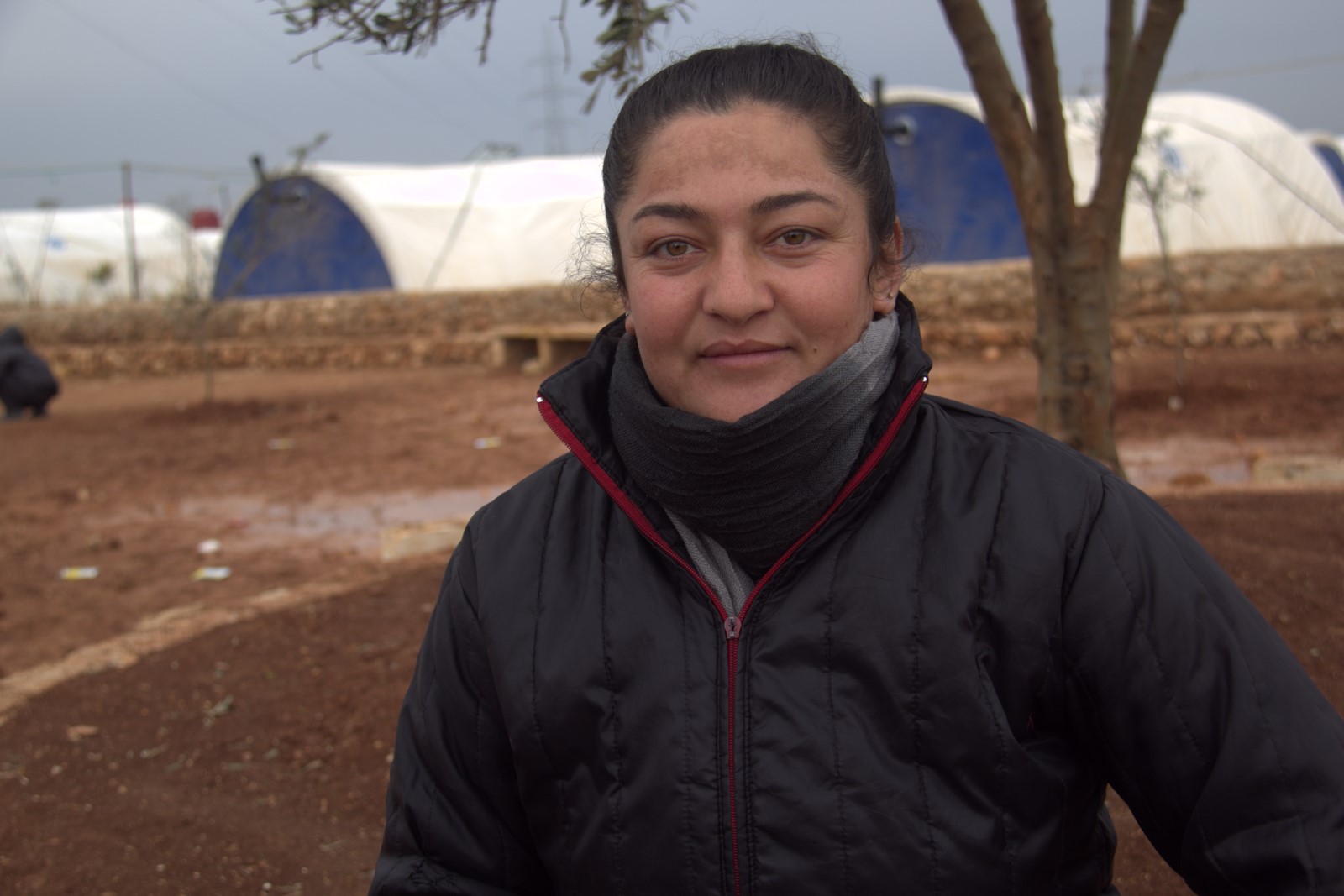 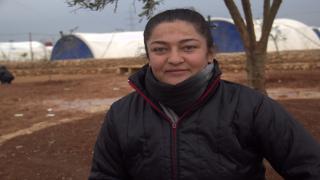 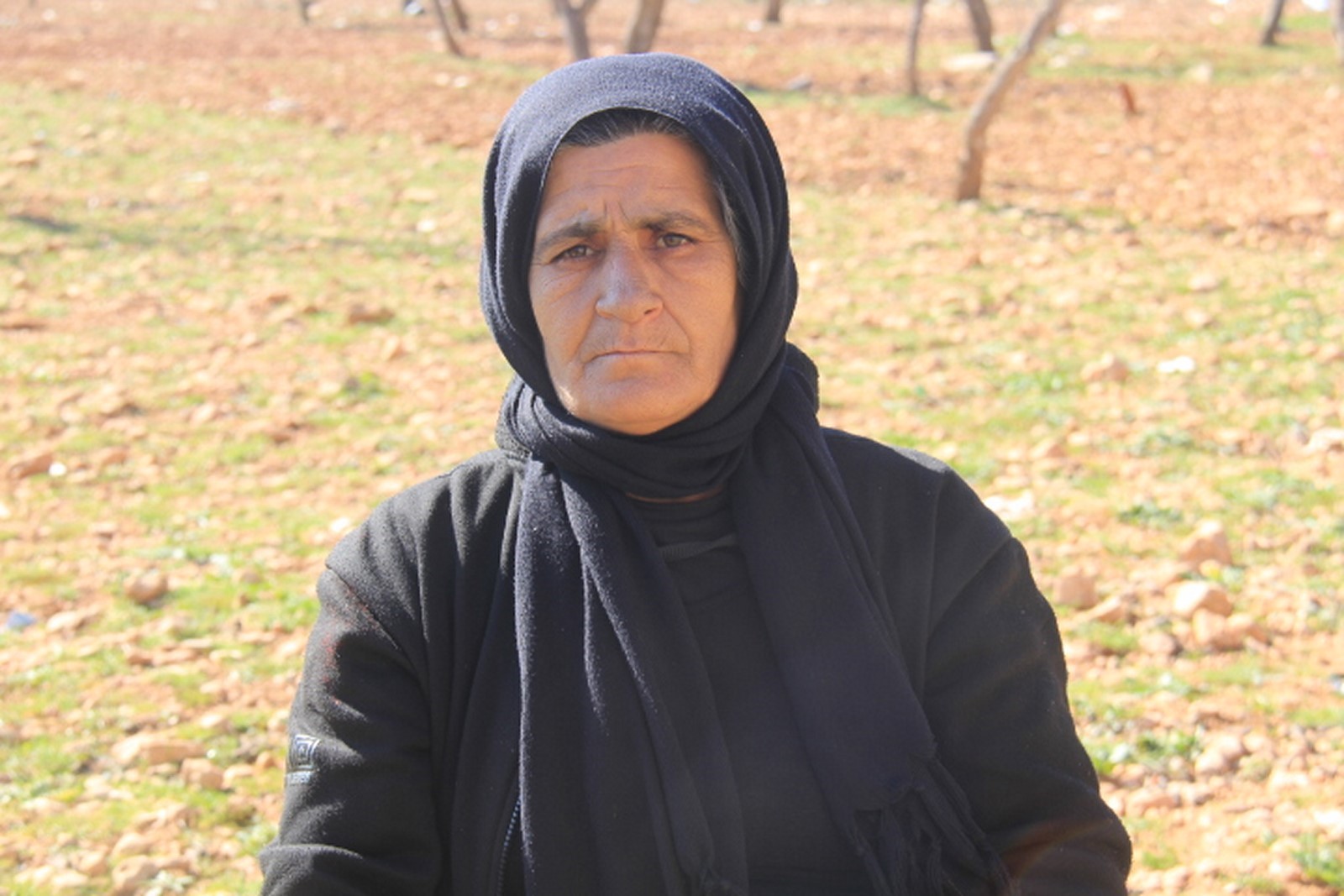 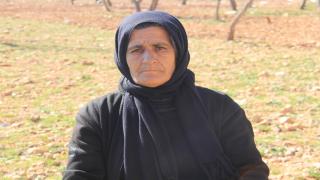 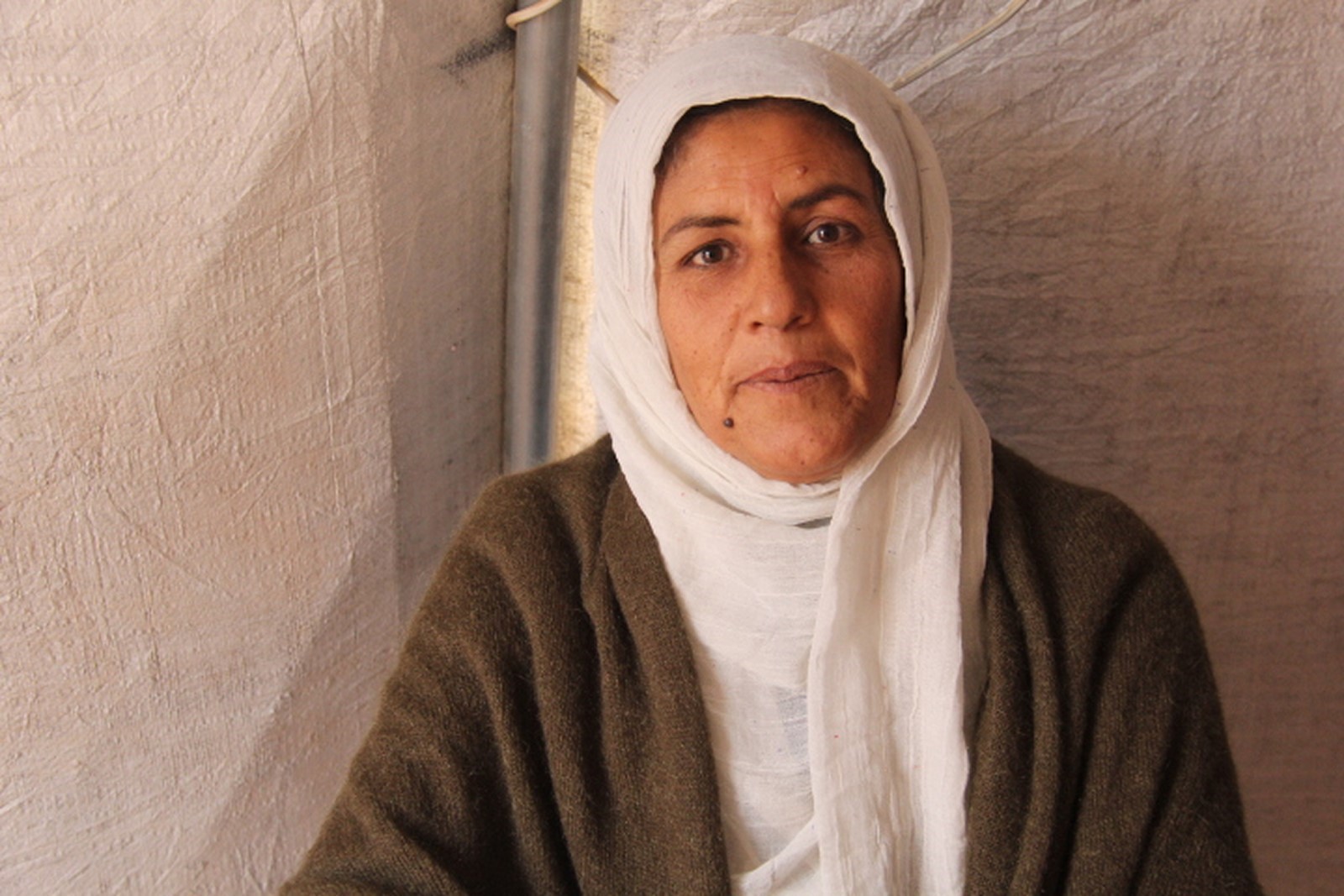 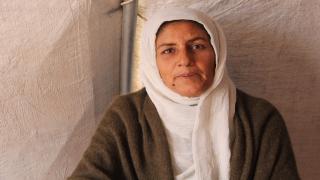 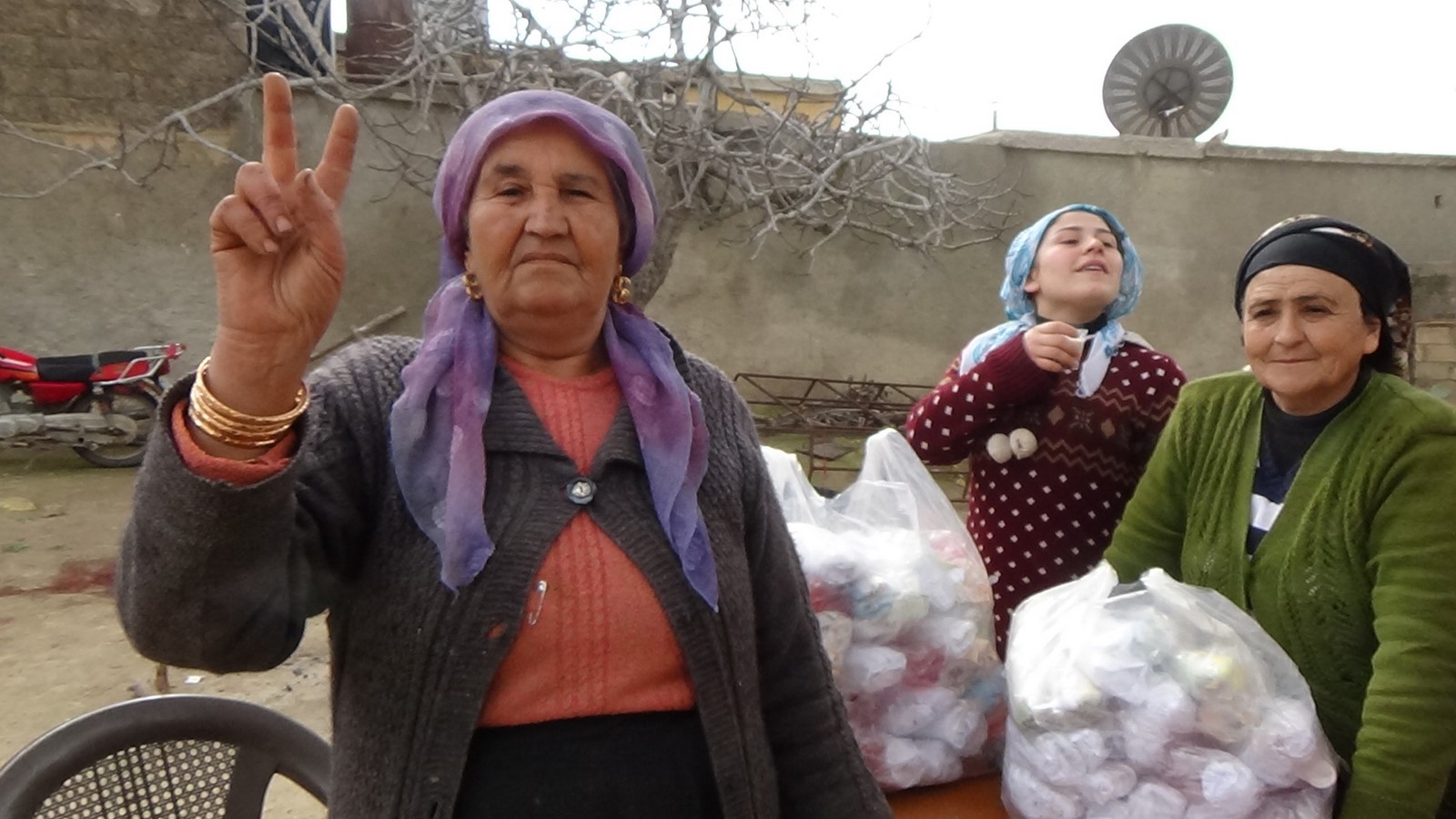 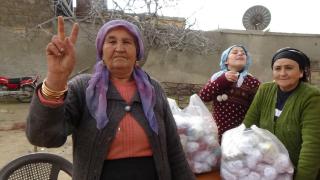 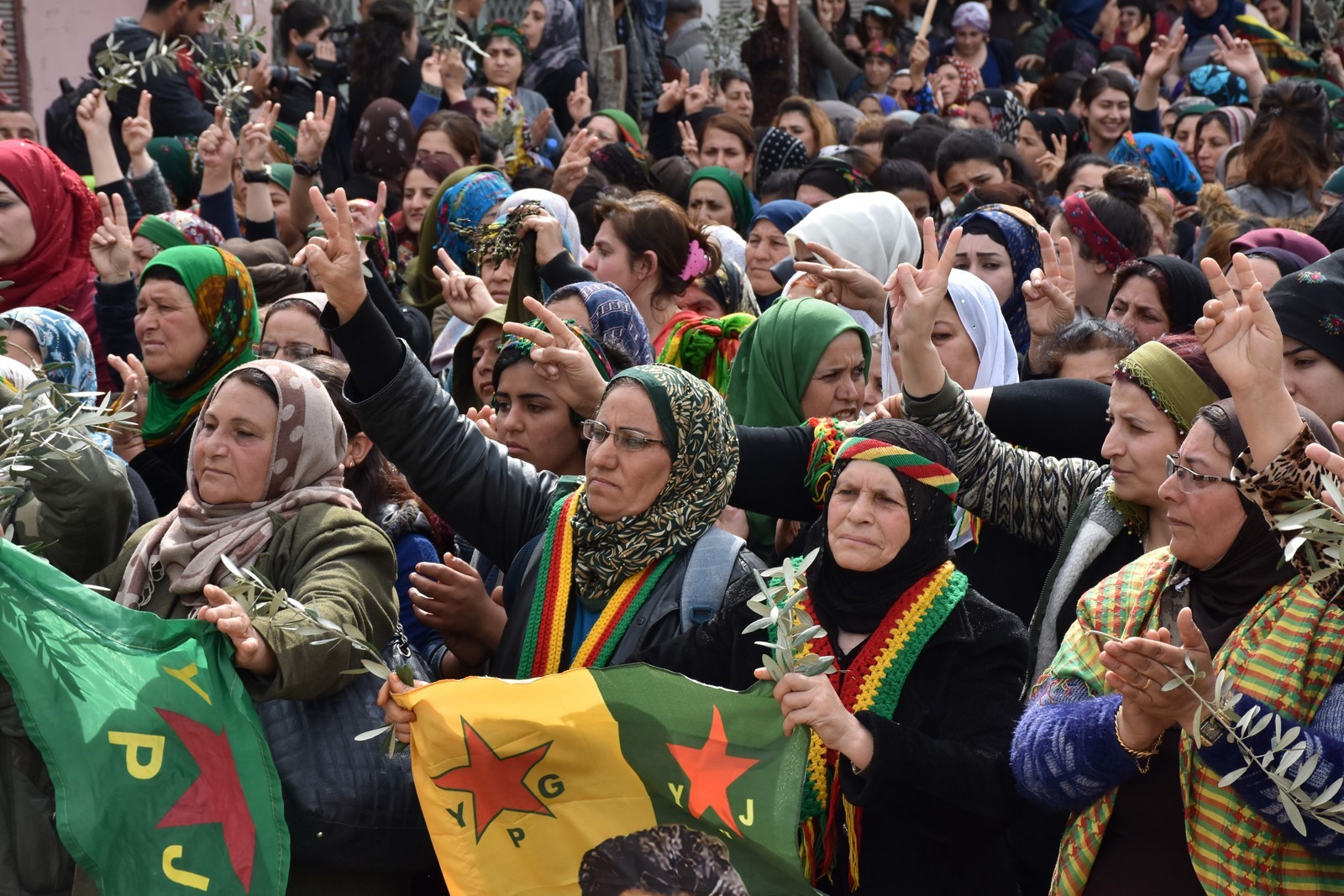 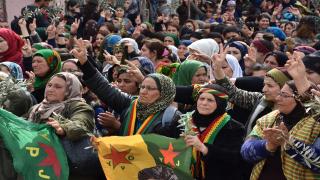 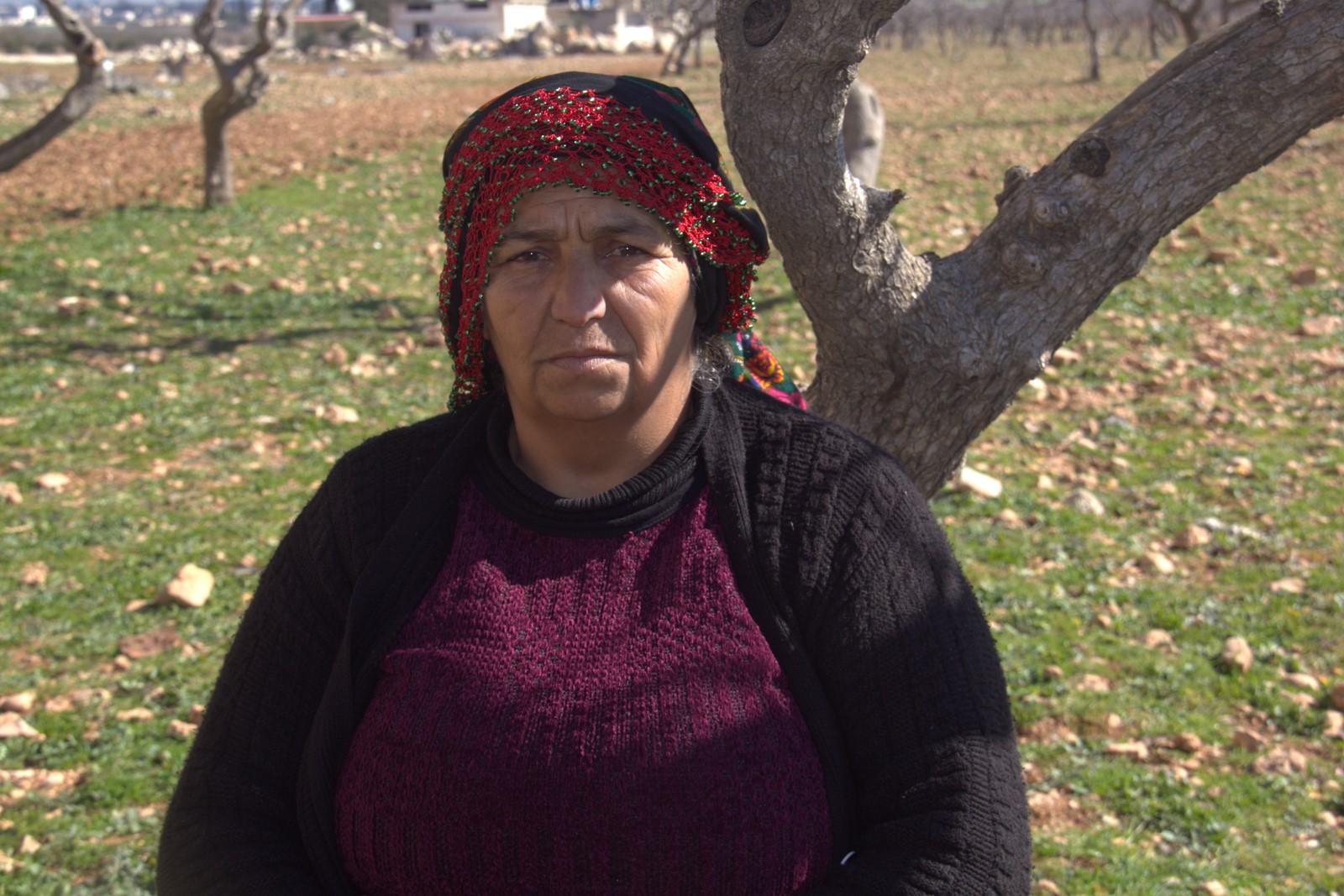 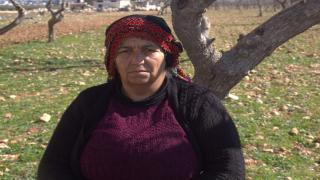 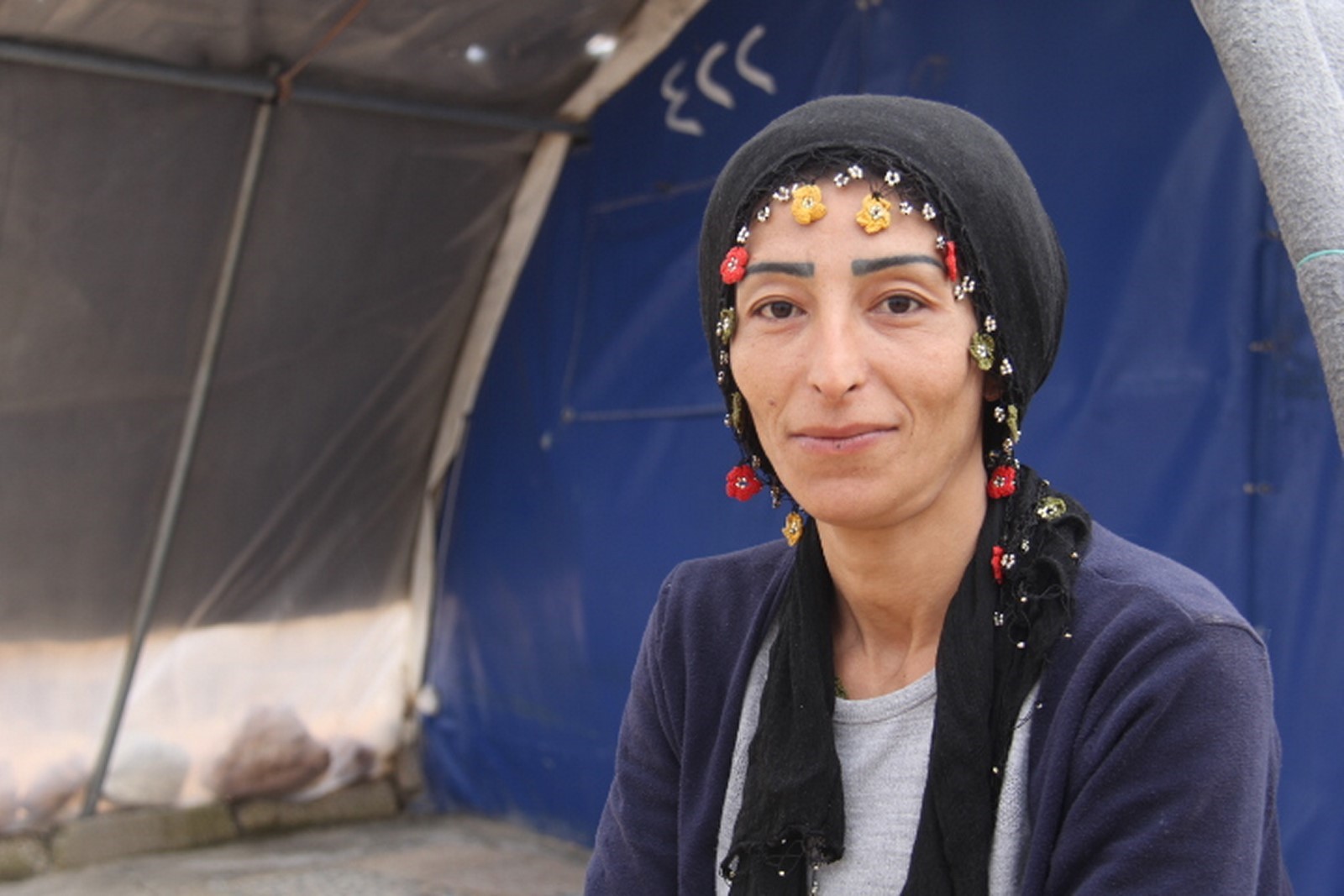 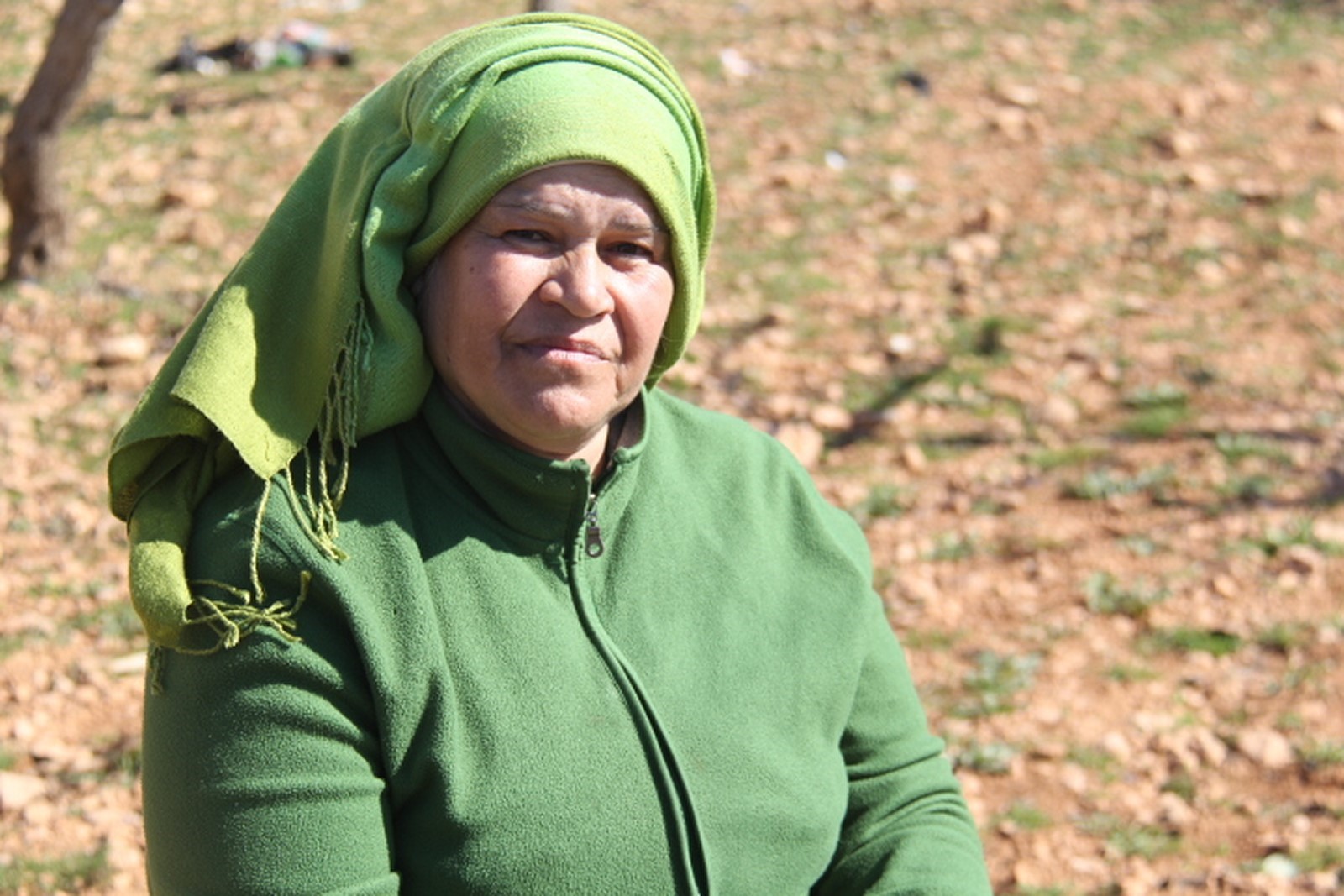 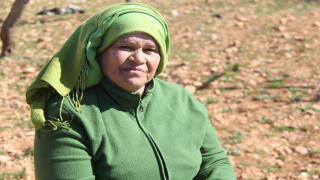 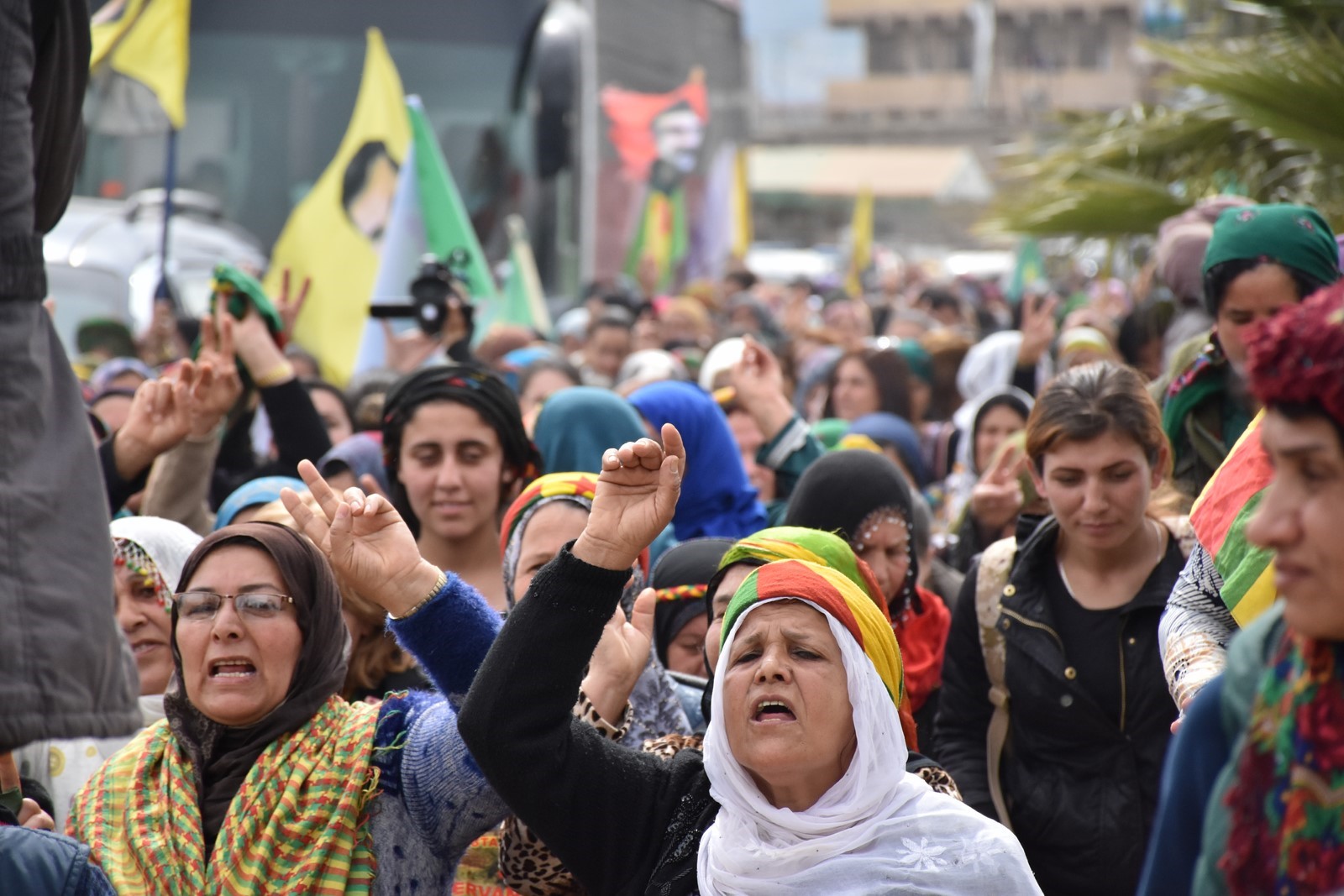 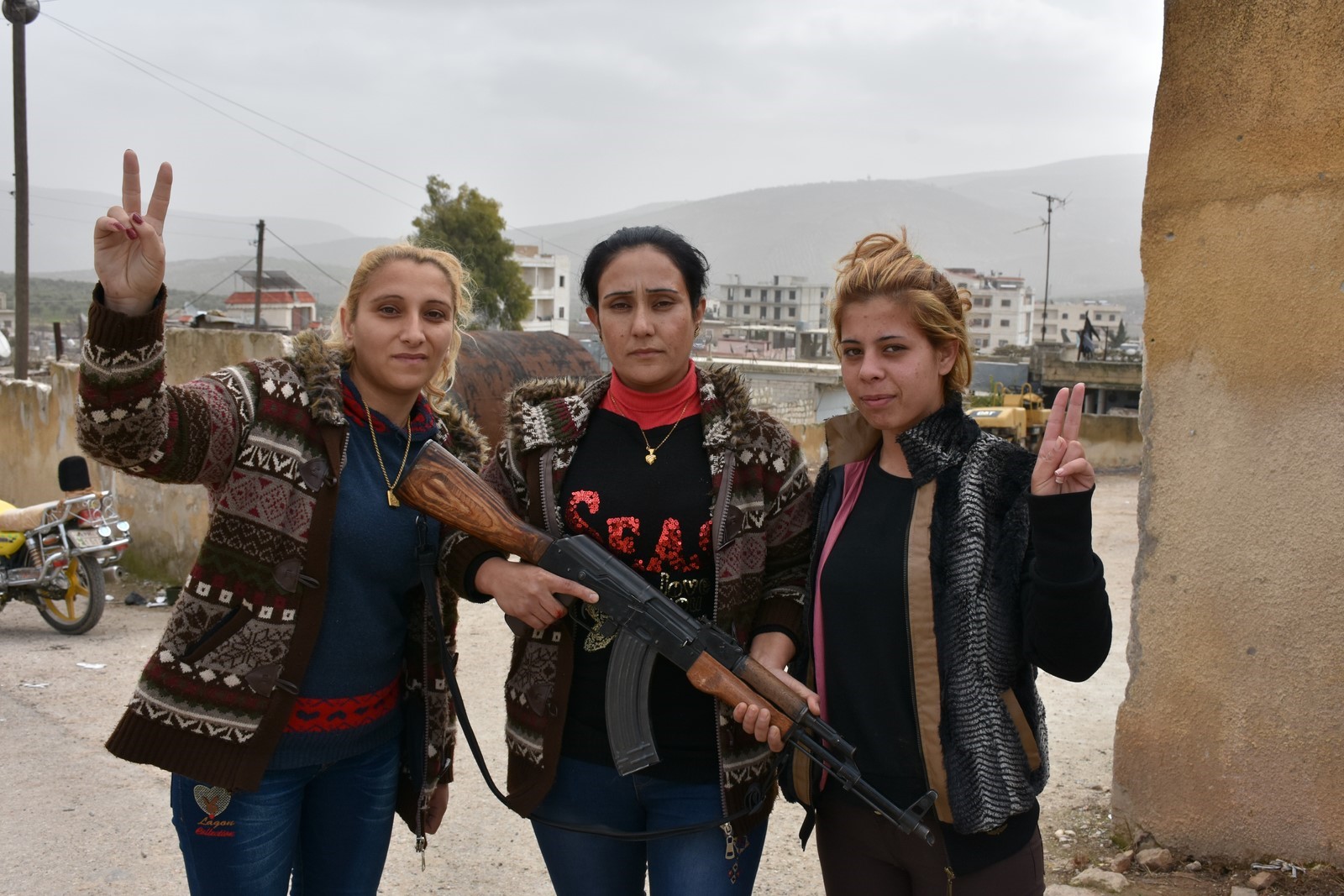 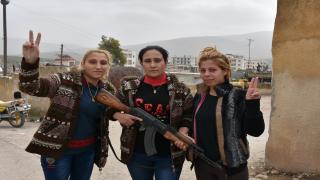 The army of the Turkish occupation and its linked mercenaries are shelling meanwhile Tel Taw...

Hundreds of members of the Kurdish community organized a sit-in in front of the United Natio...

Thousands of Manbij people came out in a mass demonstration to denounce the outbreak of fire...
Old Website

Emergency meeting of the Security Council today on Syria