The Turkish army and its mercenary groups occupied Afrin canton in March 18, 2018, after a brutal attack that began in January 20 of the same year, killing hundreds of civilians, injuring thousands, and displacing hundreds of thousands more from the canton as well as the destruction of infrastructure, worship places, health facilities and services

Following the occupation, the Turkish occupation army and its mercenaries began attempting to impose a system based on obliterating the identity of the occupied canton and changing its national and religious character by displacing the indigenous population and settling the families of mercenaries in their place, in addition to continuous thefts, looting and daily kidnappings.

Local sources told our agency that there are three intelligence headquarters in Afrin belonging to the Turkish state.

One is directly affiliated to Erdogan's party, the second belongs to the so-called Turkish opposition and the third is directly linked to the Turkish Intelligence Department.

Afrin is run directly by a wali in Hatay, Turkey, meaning that the Turkish state views Afrin as a Turkish state.

When the Turkish occupation army and its mercenaries entered and occupied Afrin, they published a general circular among the factions and mercenary battalions.

Mercenary groups spread through the city

On every street in Afrin, there is a headquarter run by 10 mercenaries, whose main task is to tell the people who oppose the occupation and the people of Afrin who come from abroad.

These headquarters control the aspects of life and prevent locals from visiting their relatives without permission from the headquarters.

In each prison, the kidnapped from Afrin, who are released if their families pay large sums of money, are detained which punishment is decided according to the accusation the mercenaries themselves make.

Abductors sometimes make choices between 45 days in prison or paying $ 300.

In some cases, the abductees are transferred to prisons under the control of the Turkish authorities in Kilis and Gaziantep, Turkey, where thousands of Afrin residents are said to be abducted.

In the countryside, the situation is no different from the city and the same mechanisms are followed.

In addition, there are three corps in Afrin (1st, 2nd and 3rd Corps). Each corps consists of four divisions, each division has several brigades, each brigade has a number of battalions and each battalion includes 60 to 70 mercenaries.

Where does mercenaries’ funding come from?

Ahrar Sharqiya Jaish Asharqiya and Shuhada’a Badr mercenaries, and some other groups rely, financially speaking, on looting and asking for ransoms.

The rest of the mercenaries of Sultan Murad, Sultan Fatih and Firqat Hamzat are financed directly by the Turkish state.

How the battalion of Meshaal Tammo was liquidated

Although some of the accomplices cooperated with the Turkish occupation at the beginning of the attack, they received a humiliating fate.

Meshaal Tammo battalion participated in the occupation of Afrin and after 8 months it was liquidated by the Turkish occupation army.

Meshaal Tamo's mercenaries hoped to have a share of Afrin occupation, but they were left empty-handed.

Ahrar al-Sham mercenaries recruited a group of settler women whose job was to loot and steal jewelry and money from Afrin women through anesthesia.

This group puts a piece of cloth containing narcotic substances on the mouths of women when they enter their homes and after the loss of consciousness, they steal their jewelry and money.

Establishment of camps in Afrin

The percentage of settlers in Afrin is estimated at 75%, and the settlers were settled in the homes of Afrin residents.

What is the function of councils?

The agent councils to the Turkish occupation in Afrin have the job of stealing money from the people, where they interfere in every single matter.

For example, when the olive harvest begins, 10% of the output is deducted to the local council, 10% to the military council and 15% to the protection committee. After transferring the olives to the press, the oil is deducted between the farms and the mercenaries occupying the village.

Hundreds of agents and traitors in Afrin

On every street in Afrin and in every village, there are agents and traitors working for mercenaries and the occupation army whose job is to report opponents of the Turkish occupation and accuse the people to collect money.

Among the agents and traitors is Filmaz Osman from the village of Deir Sawan, located in the district of Shera since the occupation of Afrin, has accused more than 300 citizens on various charges and each citizen paid $ 400 for his/her release, some of whom fate is still unknown. 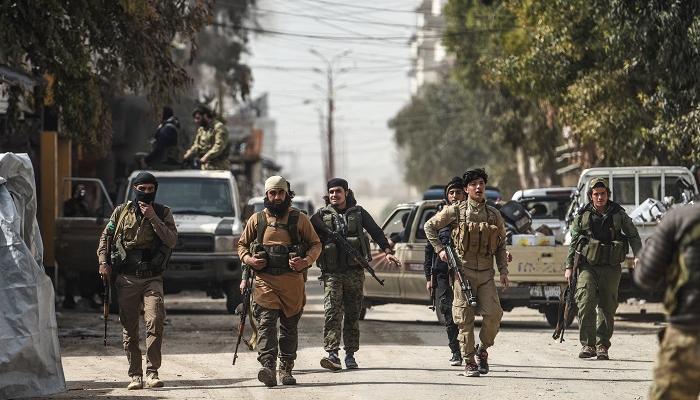 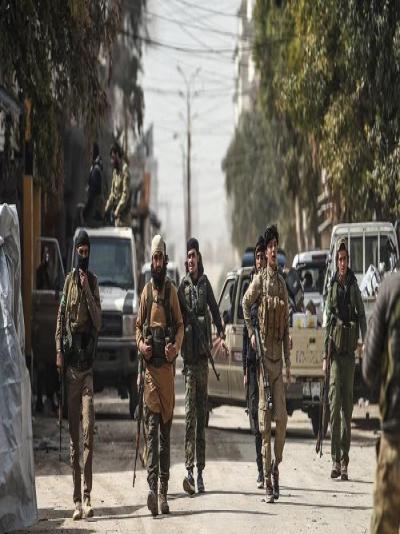 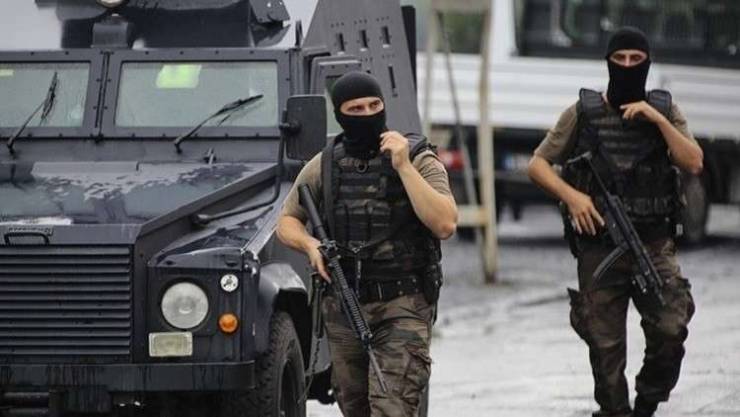 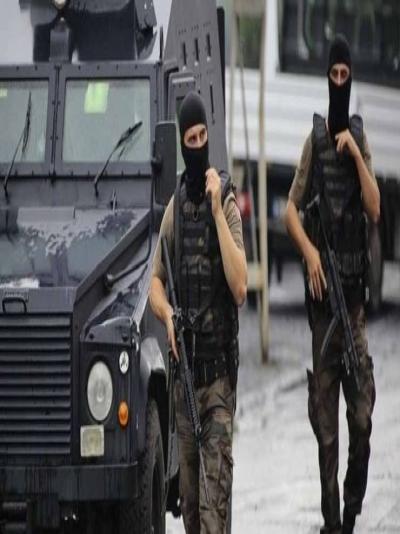 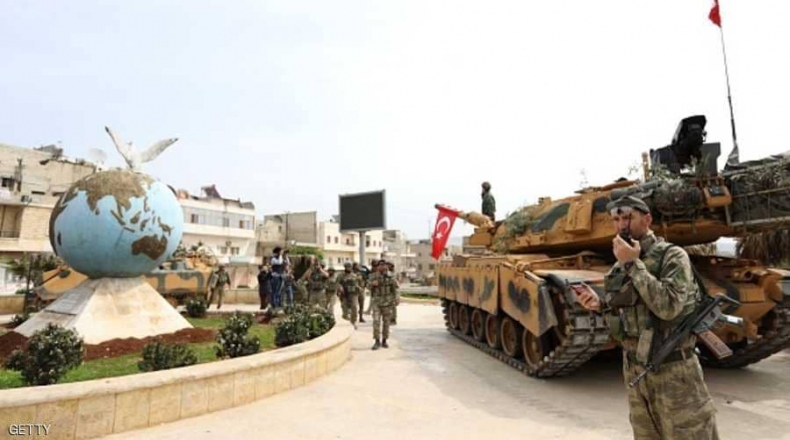 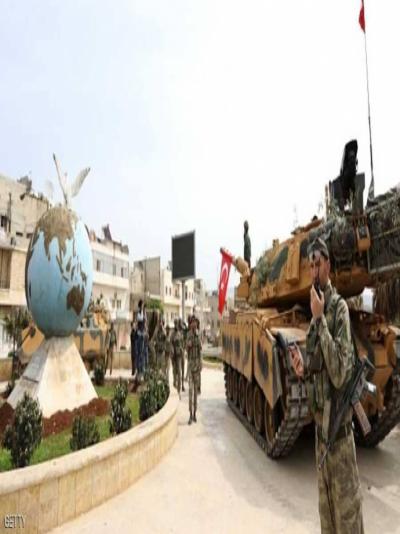 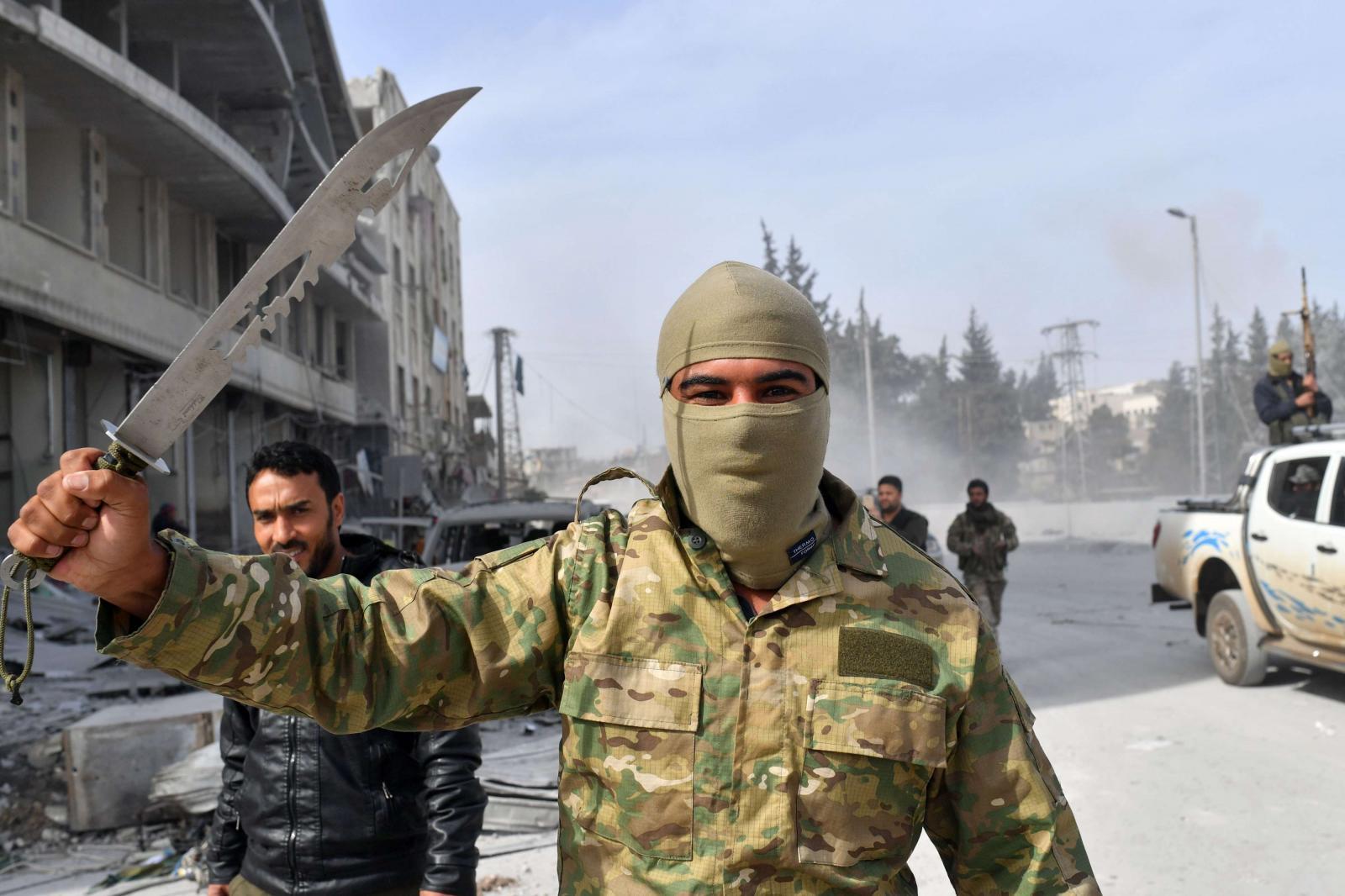 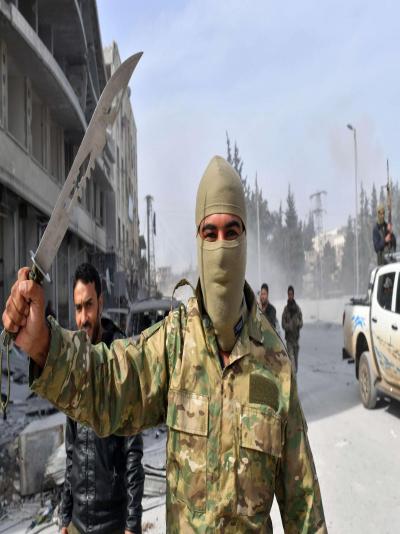 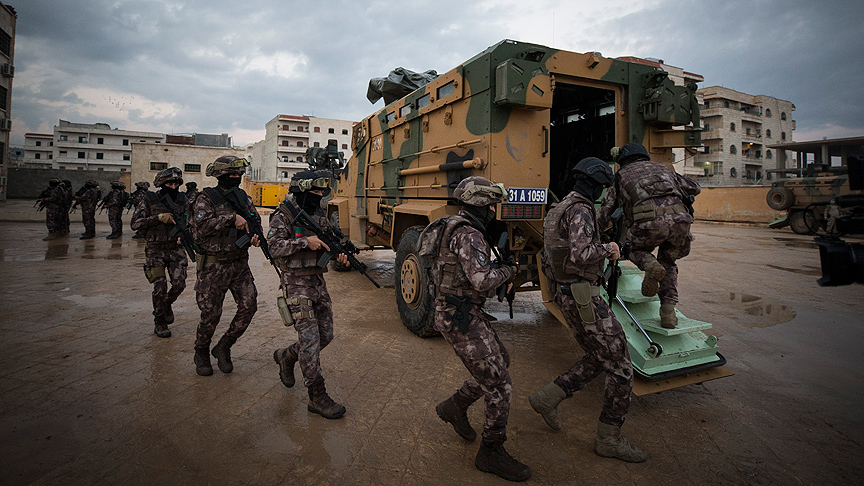 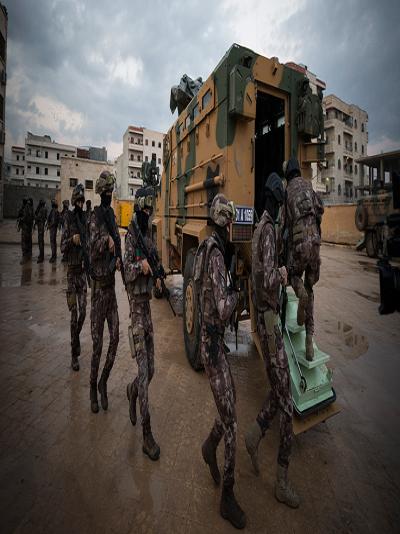 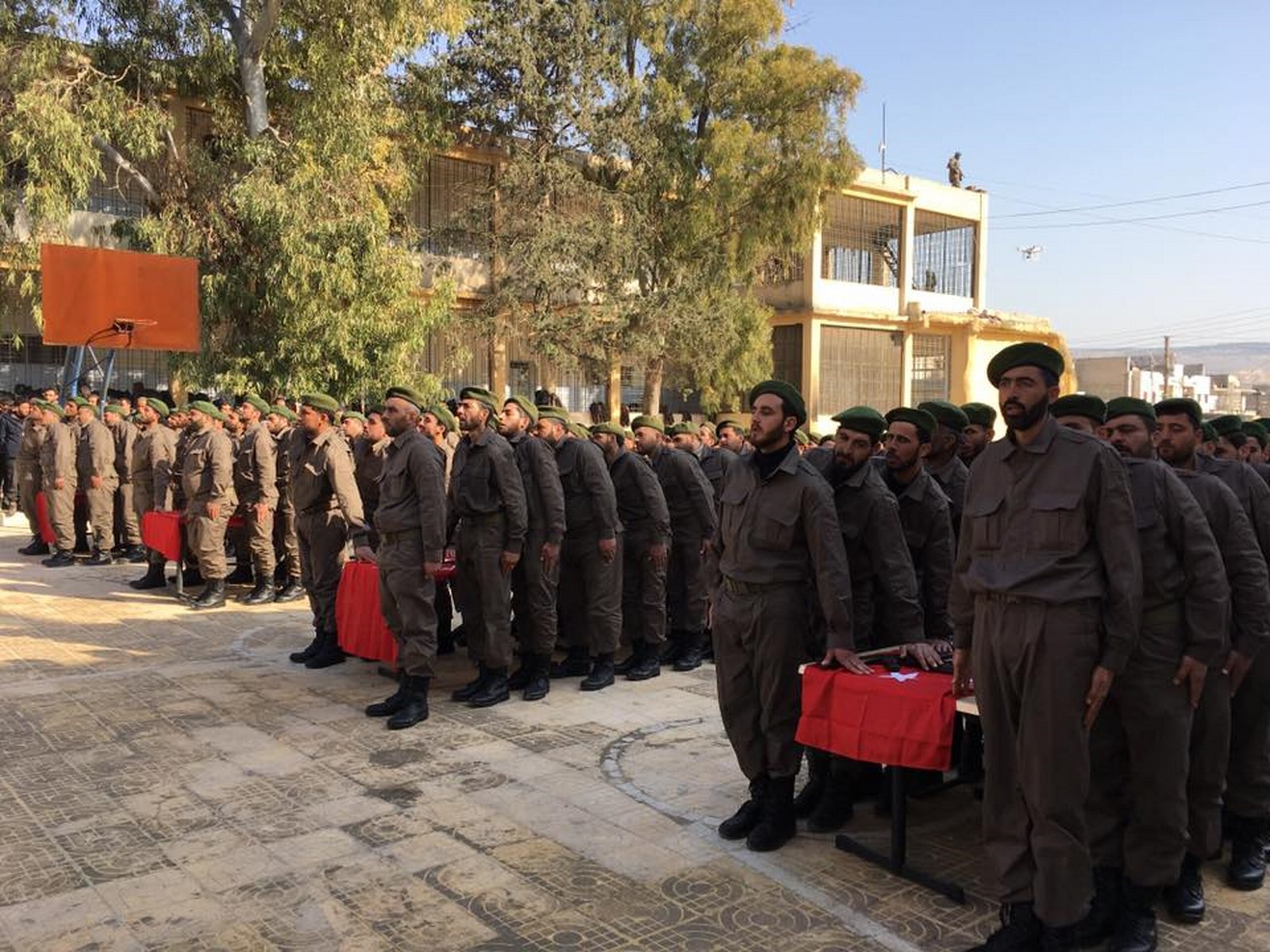 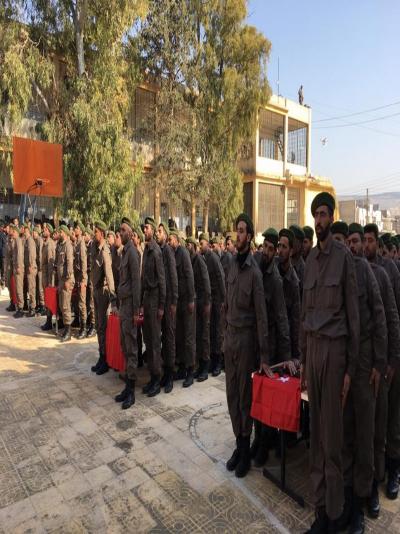 The regime forces  continues to advance in the southern countryside of Idlib, as they have ...

- PYD Presidency: What we reached today by virtue of our resistance, we to continue march