The residents gathered in front of the Martyrs' Families Council in the area of ​​Serê Kaniyê to receive the body of the martyr Farouk, a member of the Internal Security Forces, who was martyred after a traffic accident while carrying out the tasks entrusted to him.

After the mourners received the body, they headed-in a solemn ceremony-towards the shrine of Martyr Rustem Judi. The ceremony began with a minute of silence, with the members of the Internal Security Forces presenting a military parade.

After that, speeches were given on behalf of the Martyrs' Families Council by member Beyar Amin, the co-chair of the Interior Body Kanaan Barakat and the speech of the secretary of the Kurdish Leftist Party in Syria, Muhammad Musa.

The words offered condolences to the martyr's family and wished them patience and solace and offered thanks to the efforts of the martyrs and their sacrifices, the enemy's plans failed and the components of the north and east of Syria achieved great victories.

In his speech, Mohammed called on the Kurdish people to unite their ranks to get the people towards freedom and victory over all enemies, while Kanaan Barakat, pledged to continue the path of martyrs and achieve their hopes.

Afterwards, the personal document of the martyr was and handed over to Farouk's family who expressed their pride in the martyrdom of their son and pledged to follow the path of the martyrs and follow the struggle.

And then the body of Martyr Farouk Al-Sari was buried in the martyr's shrine, amidst the slogans that glorify the martyrs. 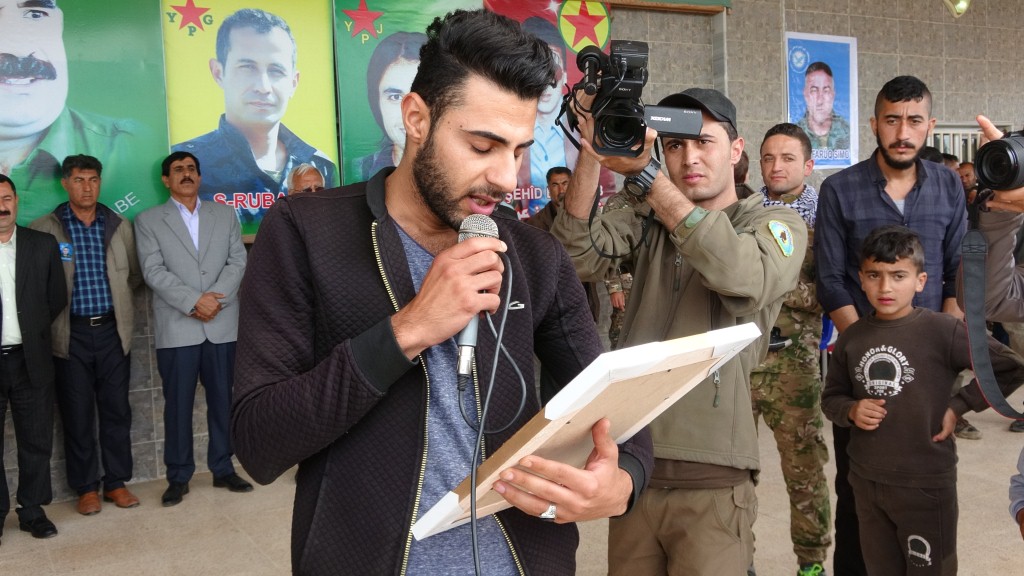 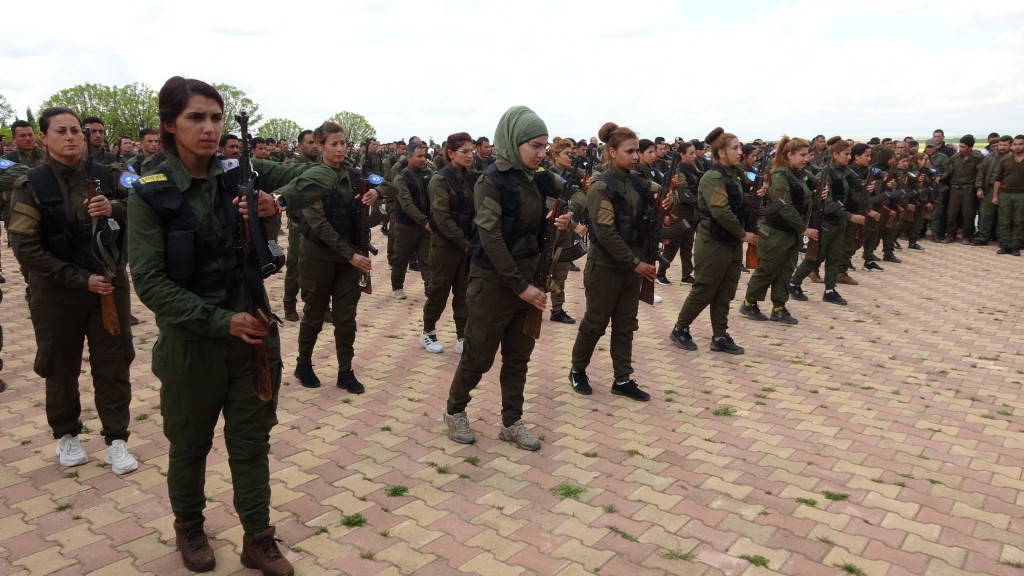 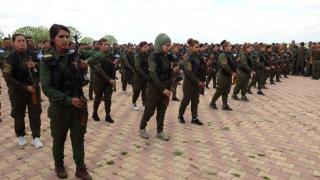 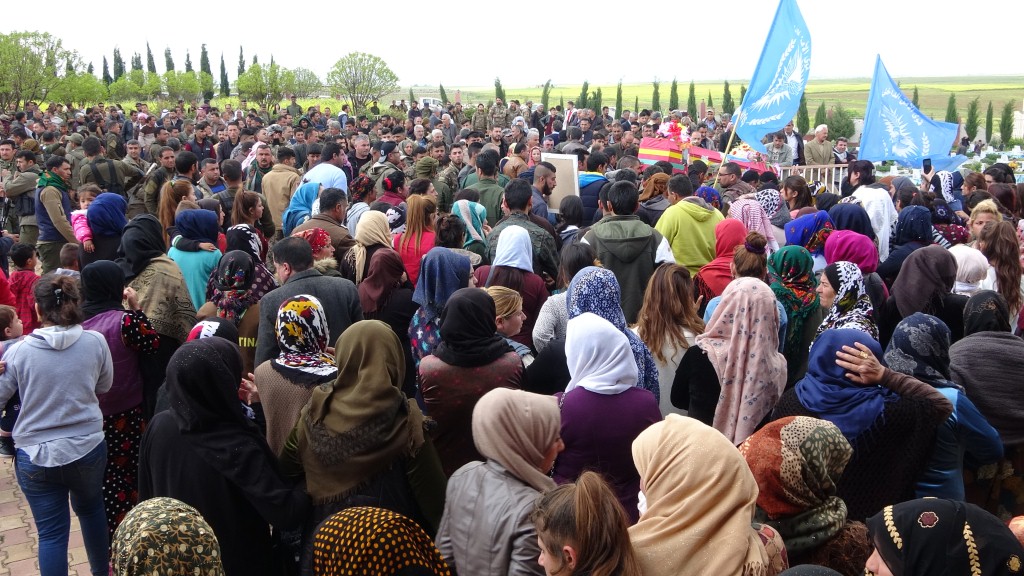 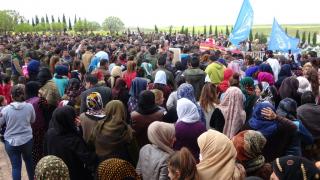 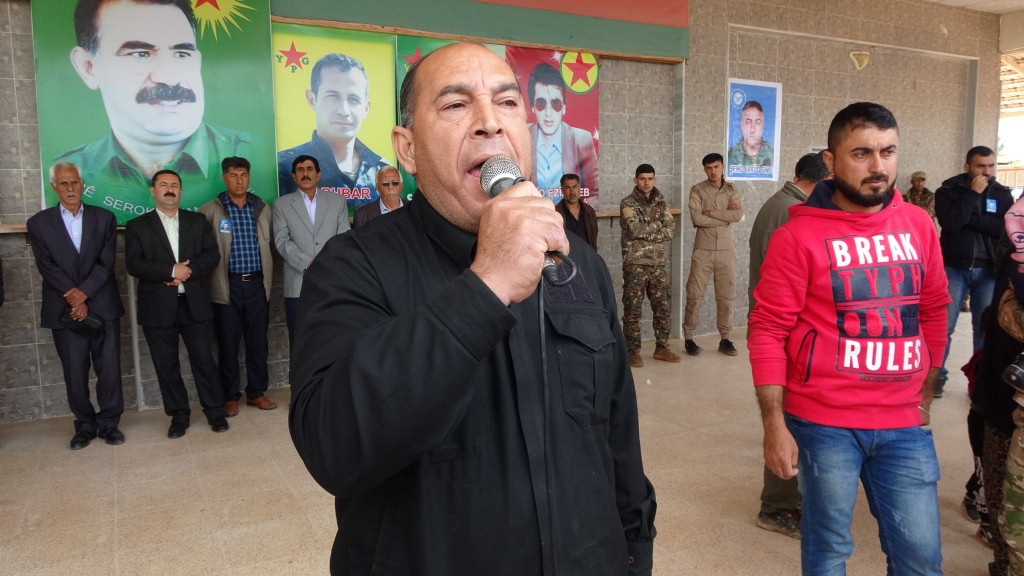 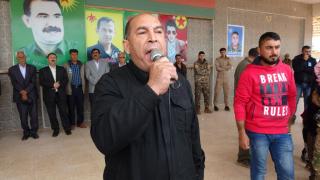 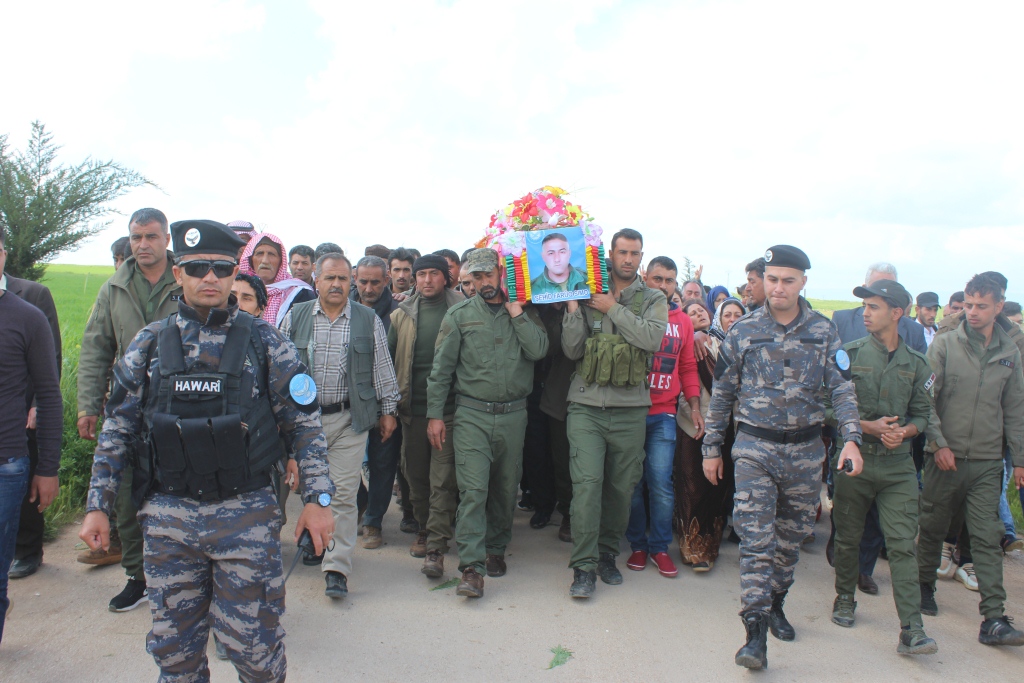 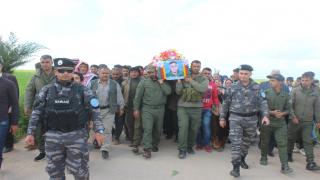 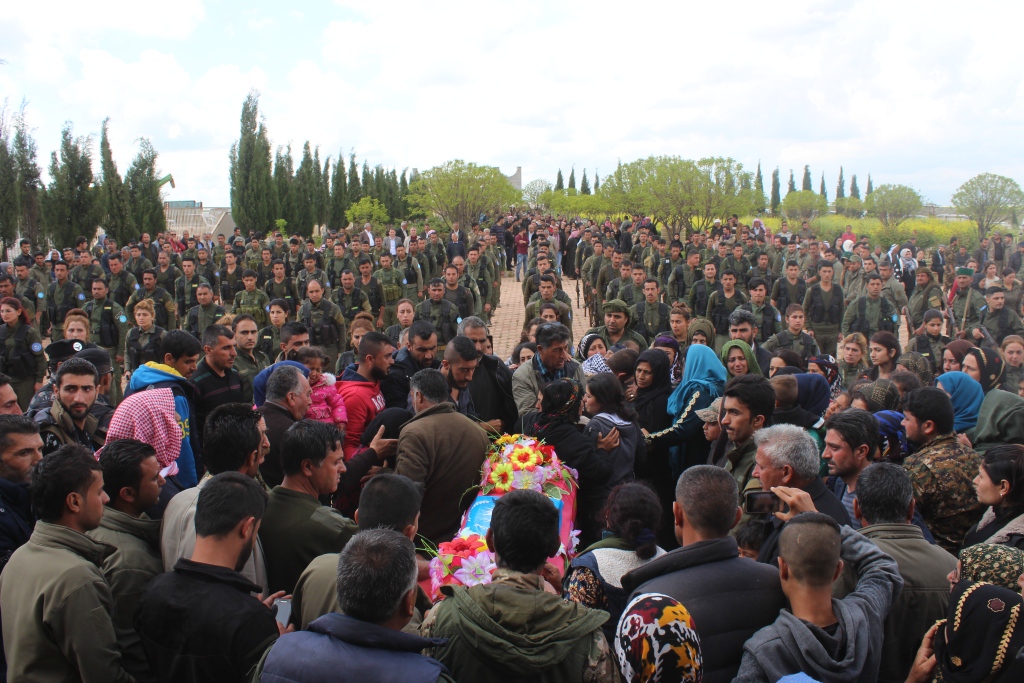 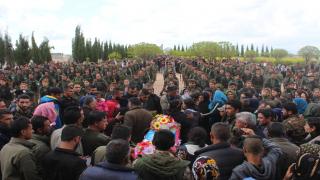