In its endeavors to facilitate the needs of citizens during the ban period, the Autonomous Administration instructed distributing food aid due to the inability of the poor and needy families to gain their livelihood due to their dependence on daily work. 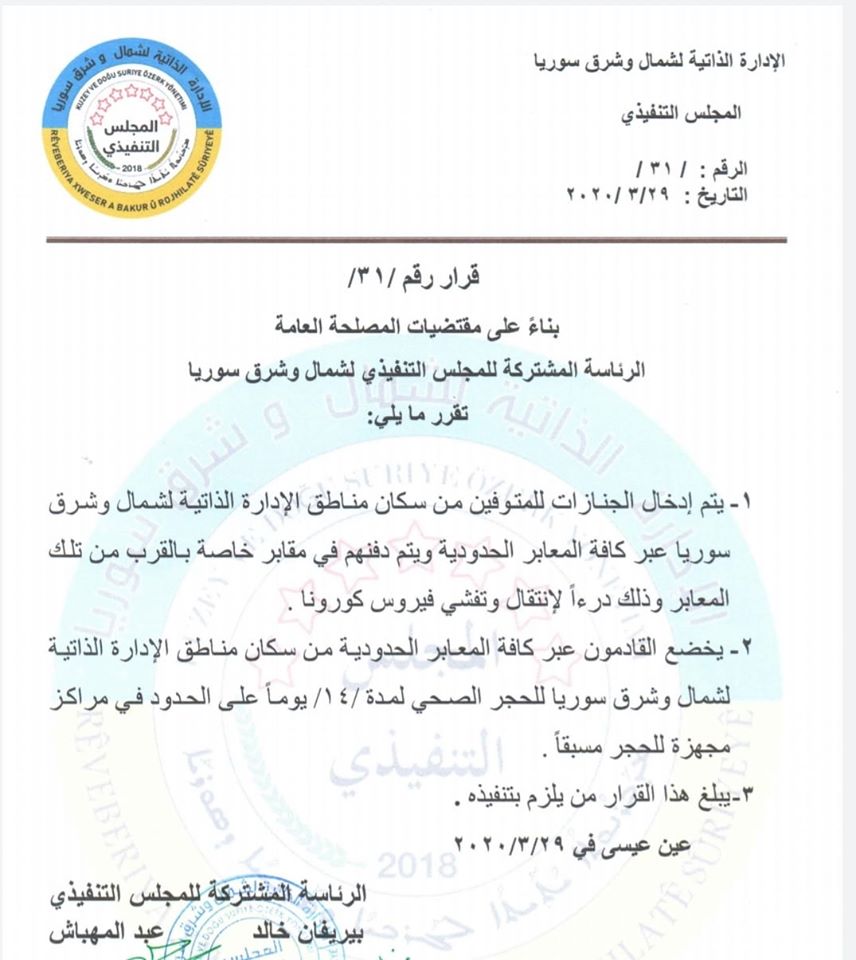 The administration also decided to subject all arrivals from the north and east of Syria to quarantine for a period of 14 days.

Of note, the Autonomous Administration of northern and eastern Syria implemented several precautionary measures to prevent the entry of the Corona virus into the region, including the closure of schools, institutions, and border crossings, in addition to imposing a curfew in the region that entered its seventh day.