Most institutions and media outlets operate in the south of (Başûr) Kurdistan, amid government pressure on the media coverage mechanism and the movement of journalists freely.

Observers consider that the failure of security and government institutions in the region to comply with the law on journalistic work increases the problem of freedom of the press, amid increasing violations against journalists.

Some centers and institutions in southern Kurdistan are working to monitor the laws related to freedom of the press, including the Metro Center for Defending the Rights of Journalists, which was established in August 2009, with the aim of monitoring, defending and protecting the freedom of the press and journalists in south Kurdistan.

The coordinator of the "Metro" Center, Rahman Gharib, says that their center monitors the implementation of the Laws of Journalism Work No. 35 of 2008 and Law No. 11 of 2013, which is the Law on the Right to Information in the Region of South Kurdistan, and also monitors the government's behavior towards international rules to protect the right to freedom of expression and press freedoms.

Violations against journalists following the plans of the Turkish occupation

Violations against the freedom of the press and journalists in south Kurdistan increased during this year, especially in conjunction with the attacks of the Turkish occupation on the region, and the people's rejection of the violations and attacks of the Turkish occupation and their criticism of the silence of the regional government, which occupied the coverage of some media outlets. 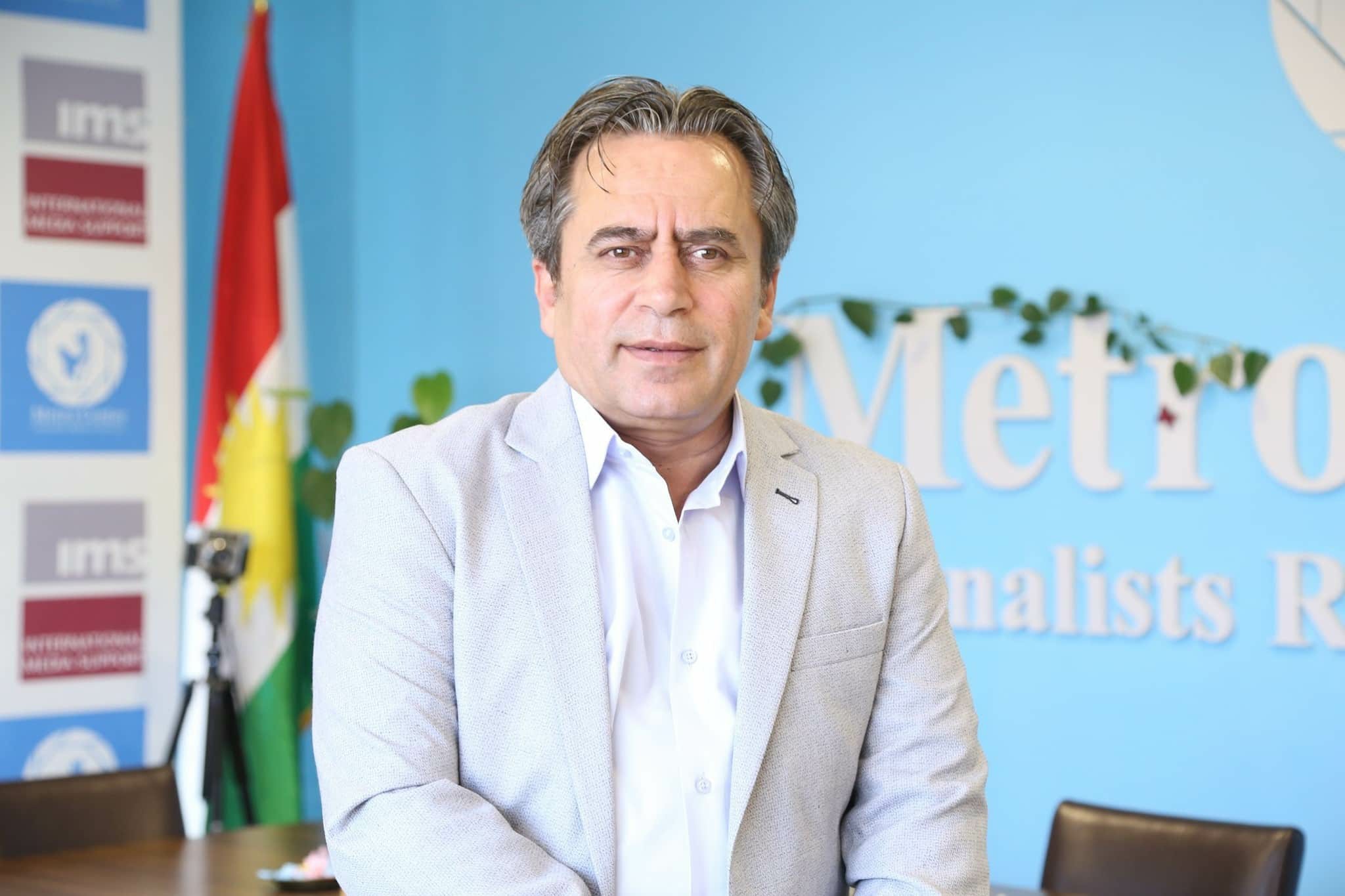 In this regard, the Metro Center issues its annual report, which includes the violations experienced by journalists over the past year, and this is done through a press conference.

The coordinator of the Metro Center, Rahman Gharib, points out that the media in the region faces many problems and restrictions that restrict the media, perhaps not only from the authorities, but sometimes social norms are an impediment to the media, and journalists themselves may contribute to forming a hedge that limits media freedom Either because of their unprofessionalism or their ignorance of the laws governing the media.

"The provincial authorities do not realize that it is difficult to restrict the media."

Gharib adds, "The restriction of the media comes primarily from the authorities, and despite all laws that guarantee freedom of the media, however, when political and economic crises intensify, restrictions on the media may reach the throttle level, as happened during the attempt to close the NRT satellite, which failed due to the efforts of the Metro Center and other organizations and civil activists, however, the authorities do not realize that it has become difficult to curb the media in light of the technological development and the existence of social media platforms, which are difficult for the authorities to control. "

There are several laws regarding the protection of freedom of the press and journalists and the mechanism for their professional work, including the right to obtain information, in south Kurdistan.

He ratified the Law on the Right to Information No. (11) of 2013, and Law contained 22 articles in addition to its ramifications, and those articles included the absolute right of the citizen, whether he is a journalist or an ordinary citizen, to obtain all information related to the work of government departments, and not to hide any information of interest to the citizen is related in his life.

According to Law No. 35 of 2007, the security authorities have no right to arrest any journalist without consulting the Press Syndicate.

"Our problem with the laws is that the executive and judicial authorities often put these laws on the shelf and deal with issues related to journalistic work. The judiciary mocks the judgments in journalists' files according to the old laws, and in particular the Baghdadi penal law that has been in effect since In 1968, according to the wishes of the previous regime, and it contains many arbitrary and unjust judgments regarding publishing issues, this is what concerns the press work law, but as for the law on the right to obtain information, it has not been implemented since its issuance to this moment, despite the many promises of officials to implement What it says. "

According to documented by the Metro Center for Defending the Rights of Journalists, from 1/1/2020 to 6/30/2020, 88 cases of violations against 62 journalists and media institutions were recorded.

The cases of violations were as follows: "53 prevented from reporting, 7 arrest and trial of journalists outside the framework of the press labor law, 8 attacks on beatings, threats and humiliation, 6 cases of arrest and detention without a warrant, 11 confiscation of journalistic tools, 3 attacks and electronic jamming."

In this context, Rahman Gharib says that of the 88 cases of violations, 4 of them needed legal assistance, and on the basis of his own budget, the Metro Center provided a lawyer to defend the cases, which required this to protect their rights in the court.

During its 2019 Annual Report, Metro Center documented 213 violations and violations against journalists and media organizations in southern Kurdistan.

YPS-Jin carry out qualitative operations against 4 armored vehicles, a military base

The Revenge Units for the Martyr Berivan Judy of the Women's Units for Civilians Protection ...

The family of leader Abdullah Ocalan and other detainees in Imrali applied to the Bursa Pros...
Old Website

SDF: What happened in Deirez-Zor is part of a long-term plot, clans solidarity failed it